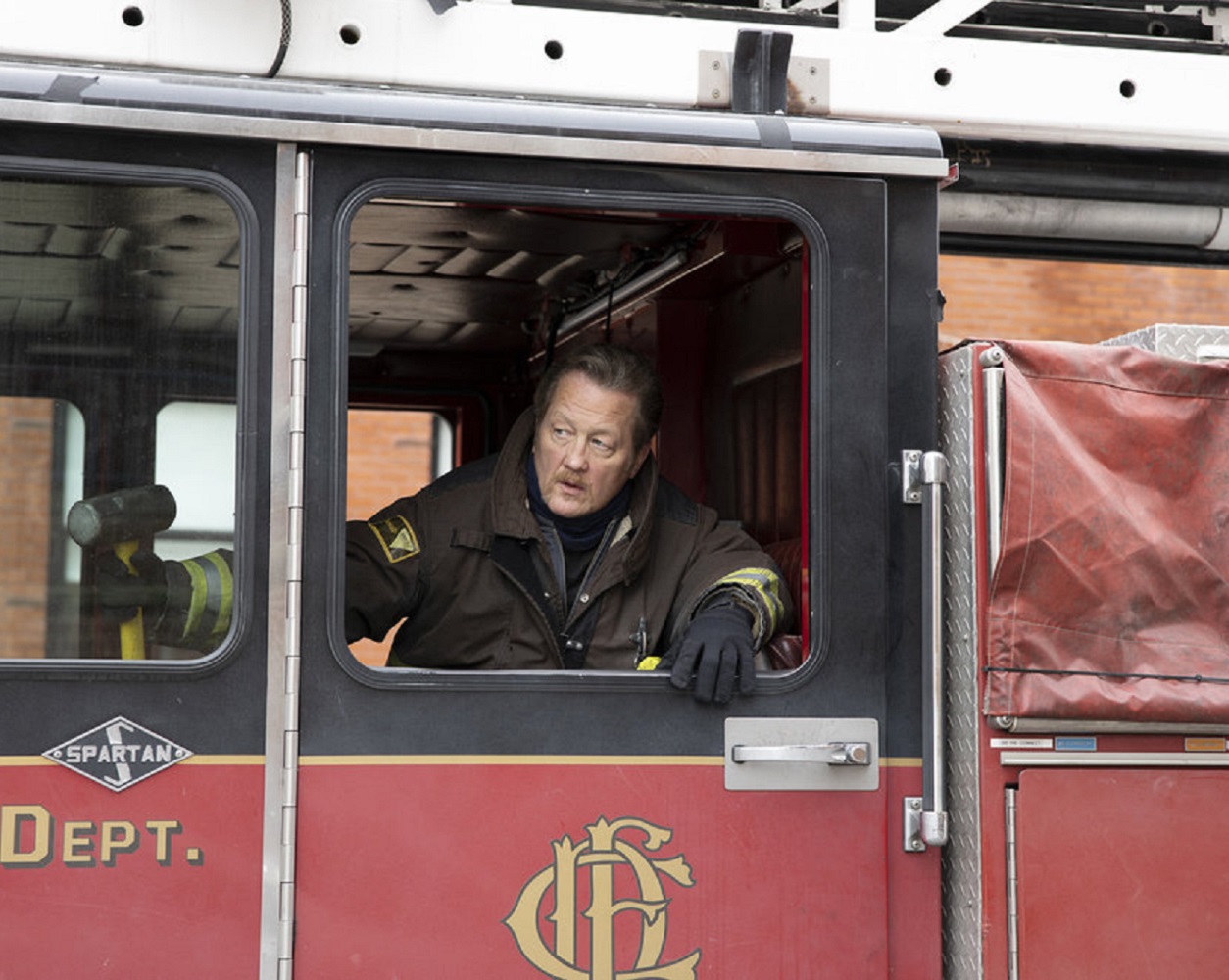 Severide continues to push Stella away because he thinks it’s the right answer and is going to help her pass her exam. Clearly, perfect logic. Sylvie avoids Matt just as hard, leading him to possibly begin a new relationship. Boden tried his best to be the voice of reason, but naturally, no one listened. And Mouch spent most of the episode in an intense and out-of-control prank war! Seriously, don’t mess with Mouch! So keep reading for our Chicago Fire 9×04 review!

Sometimes it feels like Severide is never going to learn. He’s been doing so well when it comes to being open in his relationship with Stella. So much so, that we thought we were over him being secretive and doing stupid things like pushing Stella away. But he proved us wrong when he decided that in order to help Stella pass her exam, he would ignore her and push her away. Just because he was worried that the opinions of others thinking she only had the opportunity because she was dating him would affect her chances to succeed. Sure, Severide. Makes perfect sense. Sound logic. 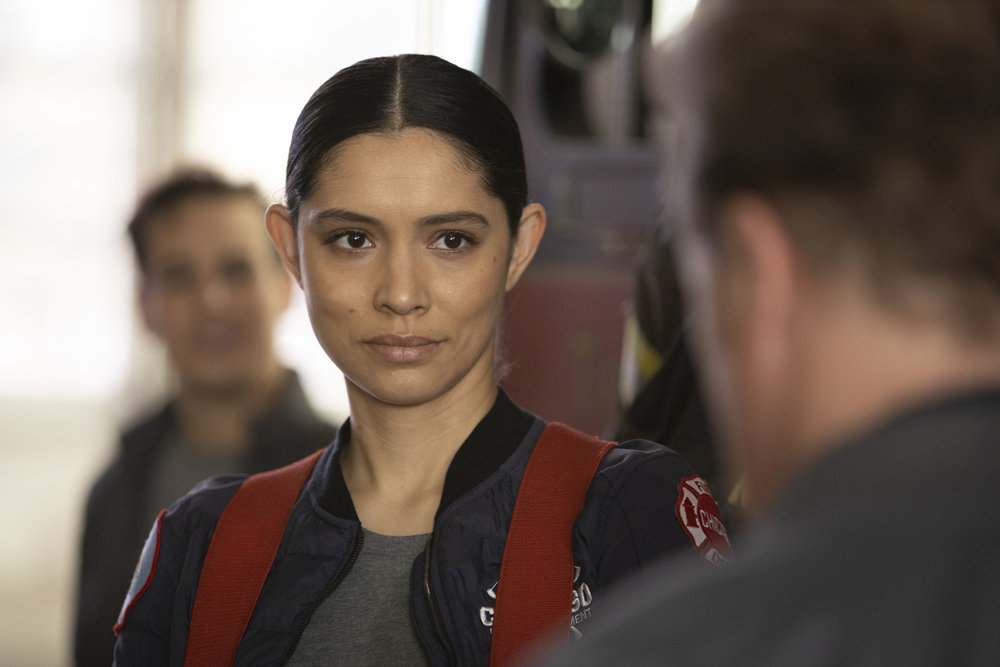 Just kidding. It’s literally the worst logic and we were less than impressed with it. Boden was definitely the voice of reason in the situation, as he usually is. He encouraged Severide to stop avoiding things and confront them instead. Naturally, Severide didn’t listen. But Stella has never been one to back down from a challenge and she’s certainly never been afraid to express her feelings. So she confronts Severide, only for him to basically blow her off. We’re going to say Stella’s choice to leave the apartment for a while is the right one and frankly, it’s what Severide deserves right now. Regardless of his heart being in the right place, he’s just being an idiot.

We’ve learned a few times over the years that messing with Mouch is a pretty bad idea. Sure, he’s sweet and protective of those he cares about. But when someone pisses him off, we’re going to strongly advise them to run in the other direction. Quickly. Like, as fast as their feet can carry them. And this episode showcased perfectly just some of what Mouch is capable of when he’s upset about something. Sure, it was a prank war. But it escalated out of control pretty quickly. We were actually surprised things didn’t get worse than they did.

Speaking of war, we have a feeling that things are going to come to a head between Joe and Gallo pretty soon if he doesn’t back off Gianna. But, oh how we hope he doesn’t back off of Gianna. Those two are so adorable together and the sexual tension between them only continues to rise. When Gallo sprinted to protect her, we’ll admit we swooned pretty hard. And Gianna hasn’t been secretive or subtle about her attraction to Gallo. So we’re more than a little ready for these two to make the next move in their relationship. No matter what Joe has to say about it. He’s just going to have to accept it.

Severide wasn’t the only one being ridiculous. Sylvie was right there with him. When did the motto at 51 become avoidance is the best policy? Makes you feel uncomfortable? No problem. Just avoid the person and/or the problem until it goes away. Because that clearly works. Never. It never works. We’re all adults here, right? Or at least we’re supposed to be. So why doesn’t everyone just deal with their problems like the adults they’re supposed to be. At this point, if we were in Stella’s or Casey’s shoes, we would be pretty fed up as well. 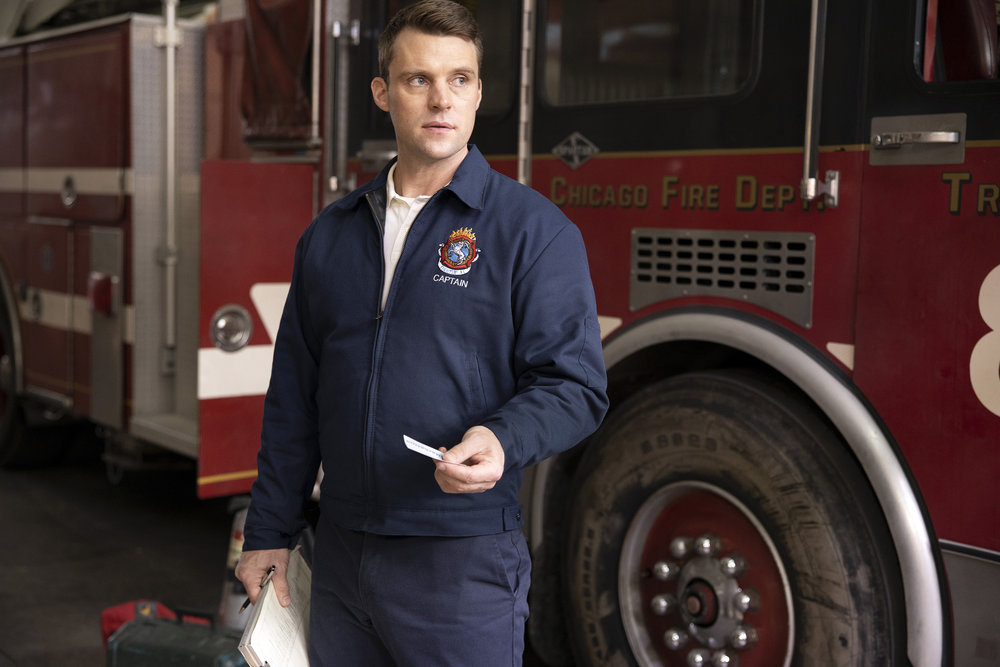 What did you think of Chicago Fire 9×04? Do you think Severide is going to come to his senses about the situation with Stella? Or are they going to have more problems going forward? Is something deeper going to develop between Casey and Sydney? Or will Casey’s feelings for Sylvie prevent it? What did you think about the prank war that was happening the entire episode? Did things get taken too far? Or were you right there with Mouch and the others? Find and follow us on Twitter @capeandcastle to share all of your thoughts on the episode! Be sure to check out our site for more content on all things Disney and beyond!