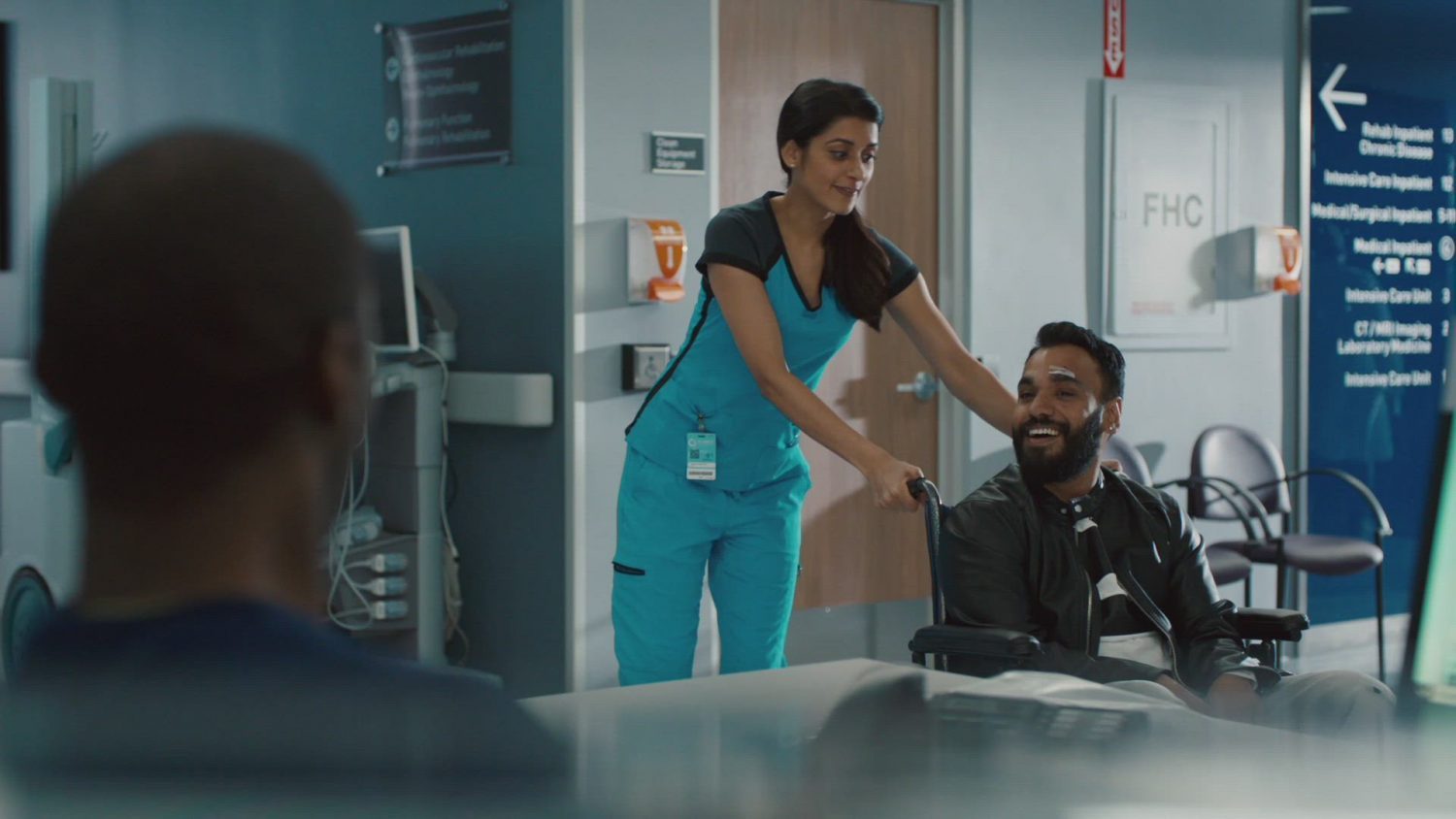 Wolf’s exhaustion from taking extra shifts begins catching up with him and causes more issues that he doesn’t need. Naz digs deeper into the patient she’s assigned to when she feels his condition goes deeper than believed. And along the way, she develops a bond with the patient’s cousin. But on the plus side, we got to see the relationship between Grace and Evan going deeper and we were pretty excited. So keep reading for our Nurses 1×06 review!

We were so excited to see Grace and Evan talking about how much fun they had getting drinks together. And when Evan asked Grace if they could do it again sometime, we fully expected her to get weird about it. But she surprised us by not only acting completely cool, but she said yes. And she seemed truly excited about it! Commence excited squeals now! Or maybe the whole time. Because if we’re being honest, we were squealing in excitement from the moment Evan mentioned them having drinks the other night. Please, Grace, move forward with this healthy and supportive relationship! Get rid of the shitty one you’re in with an engaged man. Which is why we were disappointed that she went to dinner with Kabir. But we felt better about it when he showed what an asshole he is. And then Grace ended it! We were so proud! 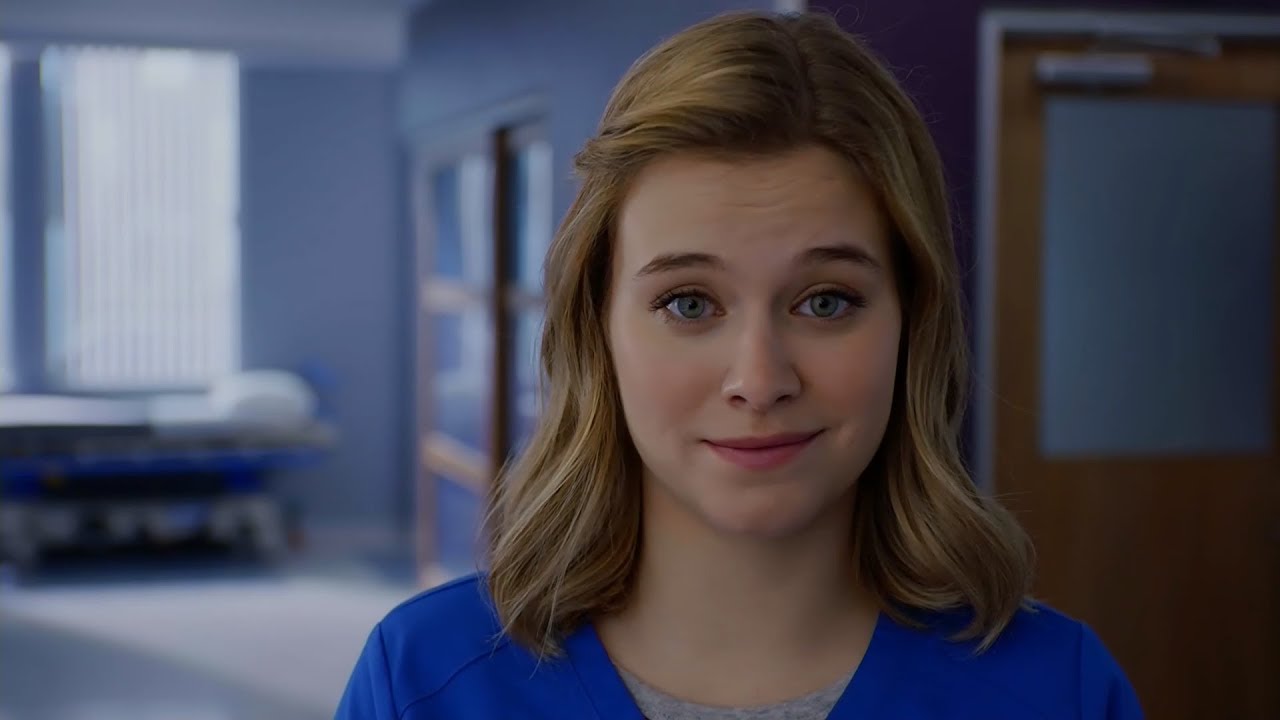 When Grace met up with an old friend from General, we were hoping to get more insight into her situation with Hamilton. But we got more than that. We learned that what we suspected about Hamilton was absolutely true. Hamilton has done this to more than just Grace. He’s clearly been doing this for a while and who knows how many he’s done it to? Now more than ever we really want to see Grace take that bastard down.

Wolf was struggling more and more at work as exhaustion was bringing him down. We knew that nothing good was going to come of it. But we didn’t take any joys in being right. When he was trapped in that elevator with his patient, the situation depended on him following Damien’s instructions. While that didn’t seem to be a major problem, Wolf’s lack of preparation before they entered the elevator certainly was. Wolf could have lost his patient because he didn’t go through all of the proper protocols. Something that never would have happened if Wolf hadn’t been so tired.

Things could have been much worse for Wolf’s patient. And if that had been the case, we know that Wolf’s situation would have been much different. As it is, Wolf is absolutely at the top of Damien’s shit list. As he should be. Wolf freaking collapsed a patient’s lung from pushing on him too hard. But we certainly don’t envy him that top spot on the shit list. It’s not a place that we would want to be. Damien is freaking terrifying. But Wolf’s decisions as a result of being banned from taking extra shifts are even more terrifying.

We were shocked to learn Naz is an actress. Or was. Before becoming a nurse. It was interesting finding someone who was a fan. And we were shocked to learn about it. But we didn’t have much time to dwell on it as her number one fan was put into a medically induced coma. Though she did bond with the cousin who came to check on him in the hospital. Watching them get to know each other was pretty adorable actually. We hope we get to see him again. Another relationship was the one between Keon and Vanessa. While she was concerned about where the relationship was going, she wanted to be sure there were boundaries set while the two of them were at work. But for the entire conversation, we couldn’t help but grin. Because those two are freaking adorable and we’re seeing love on this show everywhere! 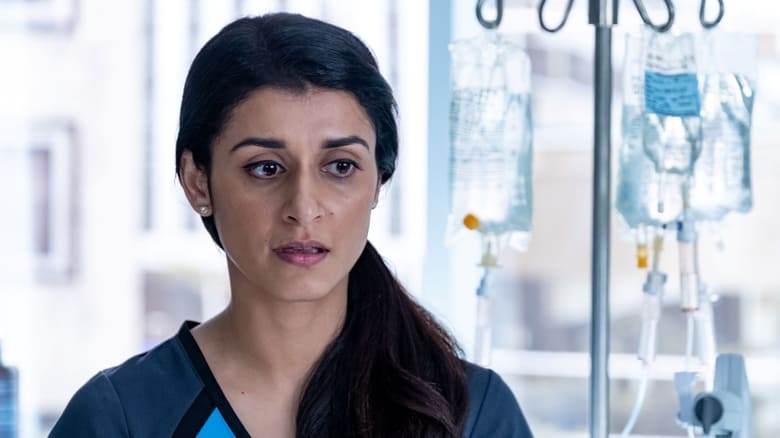 What did you think of Nurses 1×06? Were you surprised to learn more about Naz’s past? What did you think about the bond that was developing between her and Dev? What were your thoughts on Wolf and what happened between him and his patient? Do you think he needs to speak up and tell someone about his medication issues? Do you blame Damien for being upset with him? What about Grace and Evan? Do you think they are finally moving forward in their relationship? Will Grace really let go of Kabir? And what about Vanessa and Keon? Are you loving the developing relationship between them as much as we are? Find and follow us on Twitter @capeandcastle to share all of your thoughts on Nurses! Be sure to also check out our site for more on all things Disney and beyond!