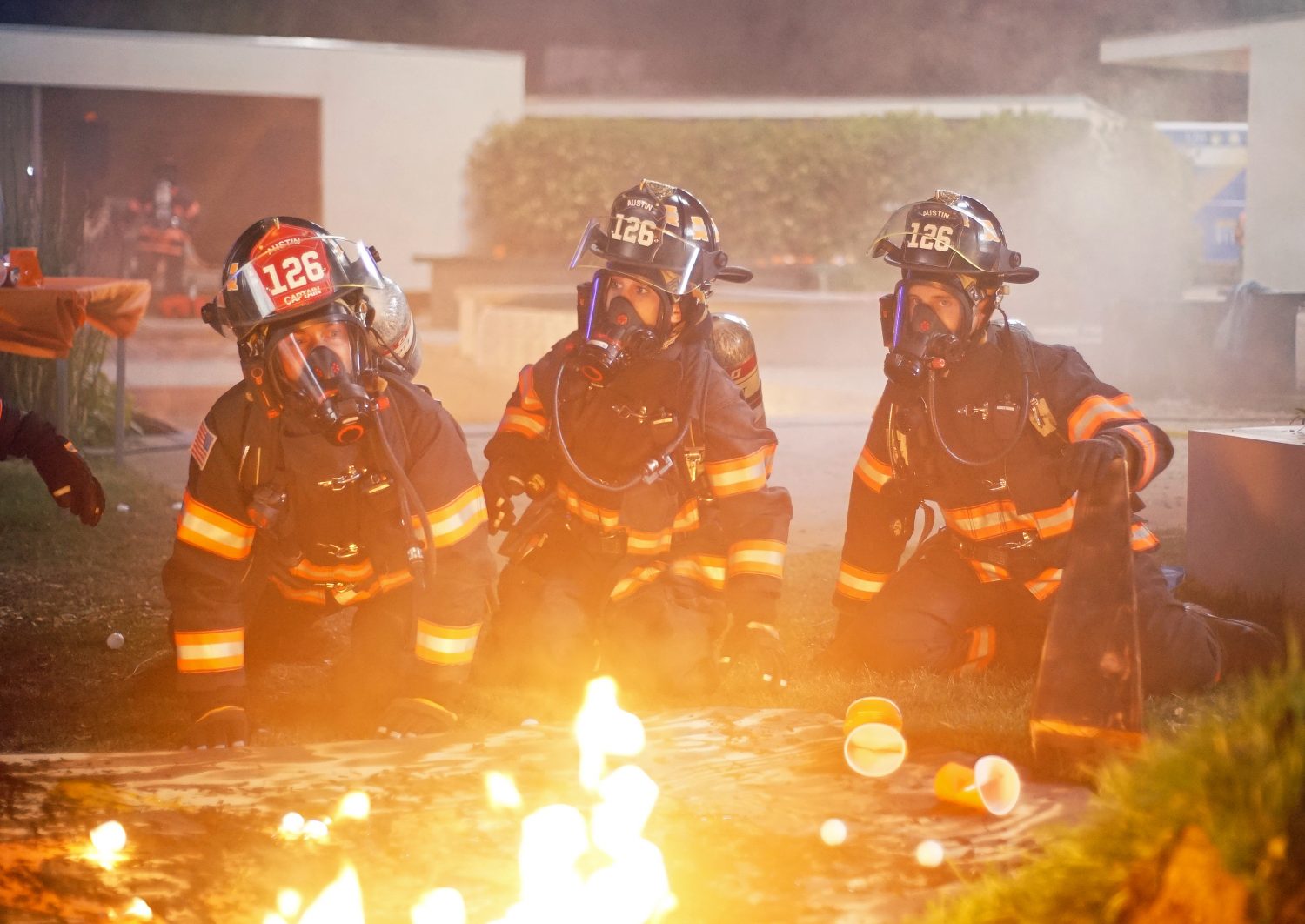 Owen is officially in remission! And yes, that cake was just about the ugliest thing we’ve ever seen. But it was also kind of cool! Unfortunately, the celebration didn’t last for long since there was lava and a supposedly extinct volcano to worry about. And then we were devastated as the team lost one of their own. We’re still crying about it, honestly. So keep reading for our 9-1-1: Lone Star 2×02 review! We’ll just be over here in the corner sobbing.

Even though she was being a smartass, we kind of liked when Nancy compared Owen to a Marvel character. Because he kind of is like a superhero. We love the way he talks and peps up his team. But more than that, he’s knowledgeable about just about everything it seems. And he is always looking out for his team in the same way he looks out for his own son. Because that’s another thing we love about Owen. He treats his team like a family. The way he handled everything about the volcano situation was impressive. And he was deeply affected by Tim’s death. Even though he hadn’t known him for very long, Owen loved him as a member of his family, just like he does all the others. 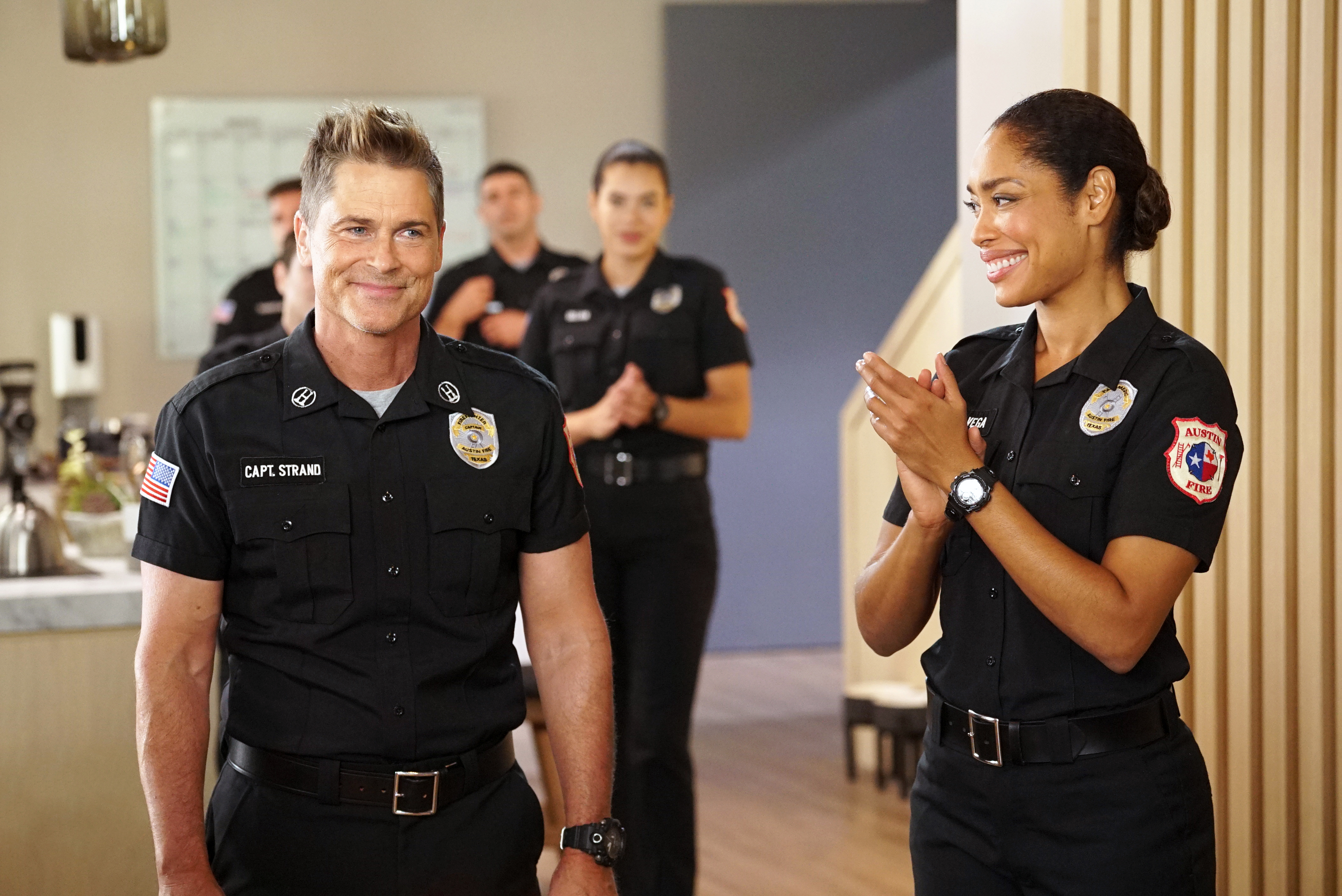 We’re still getting to know Tommy. And while it seemed like she was a little harsh with Tim, she wasn’t wrong. Whether they’re trying to comfort a patient or not, false promises can do more harm than good. But we did have to agree with him a little about Tommy not handing out praise often. Or what seems like ever. Though we have to agree with Nancy a bit on that one as well. Tommy has been out of the game for a while and it’s certainly an adjustment period for her. We’ve liked her from pretty much the moment we met her. But we understand that the team will take some time to get used to her. She has certainly proven herself to them so far though. And the way she handled everything that came with the volcano situation continued to prove her abilities. We just wish Tim was going to be able to be around to get closer to her.

We are in no way surprised at how many badasses are on this show. But we are constantly impressed by them. Grace is such an amazing dispatcher and when she ends her calls with a smile, we can never resist smiling ourselves. We know it’s a dispatcher’s job to be cool, calm, and collected. But Grace does it in a way that is fitting to her name. And she’s just as much of a badass outside of work. Then we have Marjan. That woman is incredible! While she is always willing to go into any dangerous situation thrown at her, that doesn’t mean she’s reckless. Marjan always seems to assess the situation around her and handles them the best way she knows how. Amazingly!

Carlos is always ready to go above and beyond his duties. His presence is always reassuring and we never have anything less than complete confidence in him and his abilities. Judd has the wisdom and he has the sarcasm to match. We’ve loved watching his journey and are constantly impressed by his expertise. And he and Grace together make for one incredible power couple! And TK? Well, he clearly takes after his father. While he’s had some rough times and made some bad decisions, he’s come a long way. So has Paul. It didn’t seem like he was too confident in his abilities in the beginning. But he has certainly come into his own and he knows how capable he is! Mateo has a long way to go still, but his eagerness to learn and his love for the team has always let us know how seriously he takes things.

We can’t even with these two. From the second they begin sharing a scene, we can’t wipe the grins off our faces. Even when it seems like the world is falling apart around them. We don’t even care. As long as we have TK and Carlos together and happy, we’re set. The only thing that could make them better is if we got more of them. And that includes TK meeting Carlos’s parents. Because while we love them when they are nothing but happy, we also love watching them overcome obstacles together. What can we say? We’re gluttons for punishment. But it’s always so satisfying to watch a couple beat everything thrown at them. And if there’s one couple that can do that, it’s definitely Carlos and TK. Watching them comfort one another had us completely losing it. 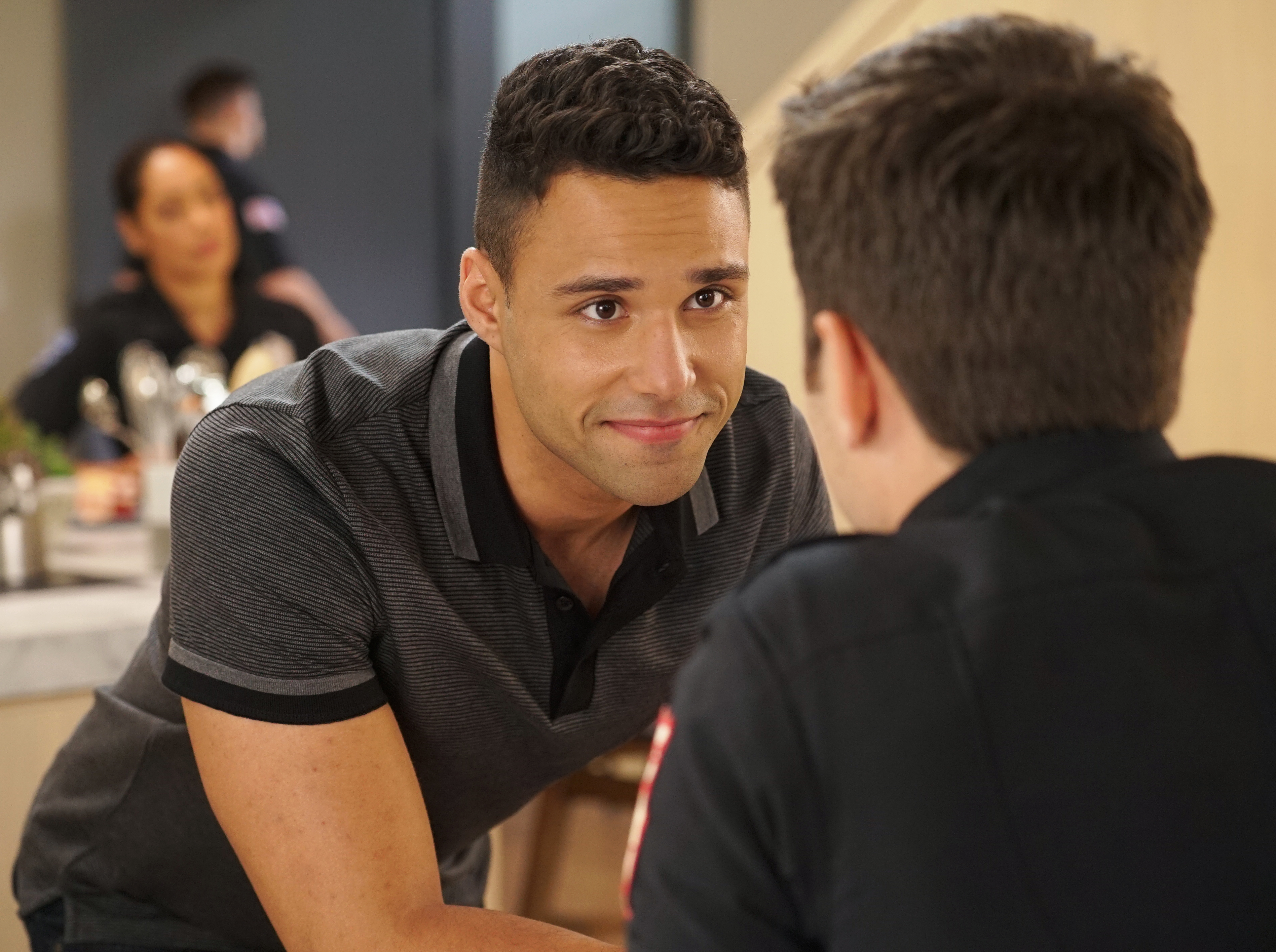 What did you think about 9-1-1: Lone Star 2×02? How do you think the team handled everything that happened with the volcano? What do you think of Owen as a leader? And Tommy? Do you think that she will be able to figure out how to adjust to being a leader again? Are you still crying about Tim’s death like we are? Where do you think the team will go from here? Did you agree with what Judd had to say to Tommy about adding people to her family? Find and follow us on Twitter @capeandcastle to let us know all your thoughts on 9-1-1: Lone Star 2×02! Be sure to also check out our site for more articles and more on all things Disney and beyond!