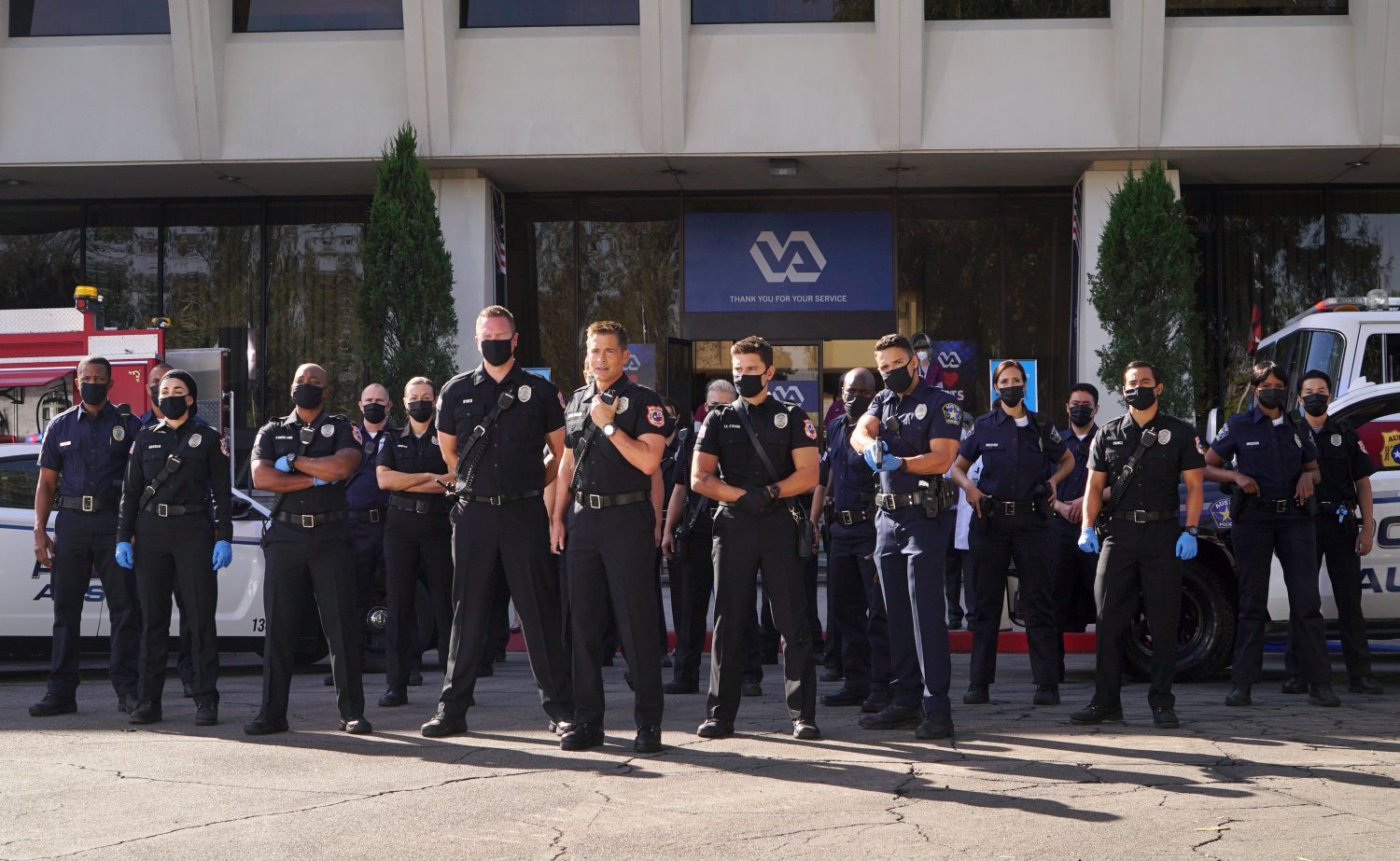 Things were off to an explosive start as we got Tommy Vega entering the scene as Michelle’s replacement. Luckily, we don’t mean that literally. At least not at the beginning of the episode. We also got Owen’s ex-wife making her reappearance and some surprising interactions between her and Owen. Between roller derby accidents and a crazy person with a crossbow taking potshots, this was one hell of an episode! But if that wasn’t enough action for you, there was also a runaway tank to kick off the episode! So keep reading for our 9-1-1: Lone Star 2×01 review!

Both 9-1-1 series are always giving us unexpected and surprising situations. To the point where we literally never know what to expect. A man taking a tank and traveling across Austin was most certainly something we never would have expected to happen. But when we learned why John had taken the tank and where he was going, we understood where his desperation came from to do something. And we’ve got to say, if Owen had given us the speech he gave to John, we would have stopped the tank too. Owen is an amazing man and his words about 9/11 and those that were lost that day and after had us in tears. Especially when it was combined with the rest of the team standing beside him. That made for a pretty powerful picture. We were also in tears about Owen being told he’s in remission. Our freaking hearts! 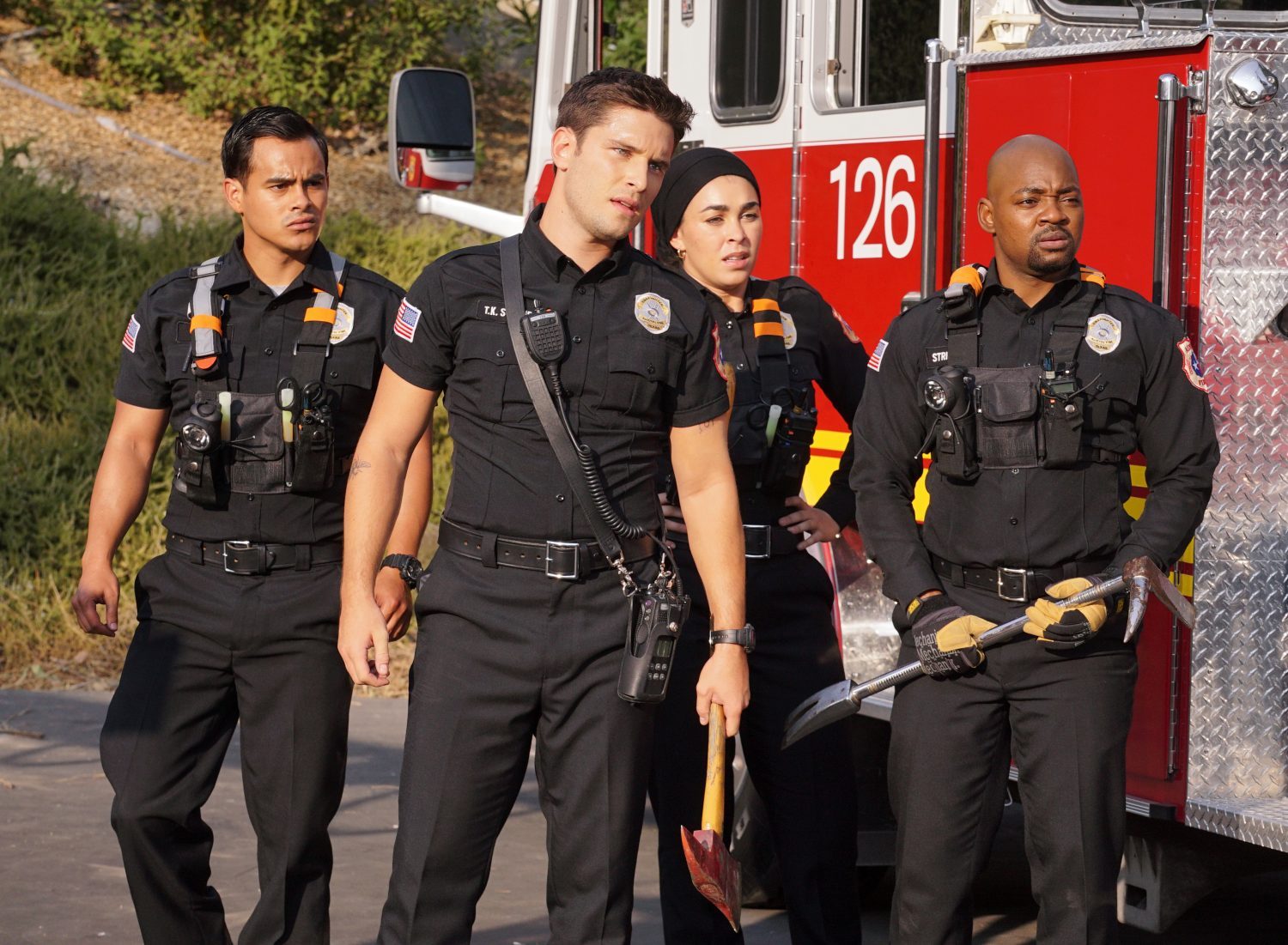 We knew that TK’s mother and Owen’s ex-wife would be making her appearance. But we did not expect to see that Gwyneth and Owen would be sleeping together for what sounds like the entirety of her stay at Owen’s. Or that they were doing their best to hide it from TK who just thought they fought whenever they were in one another’s presence. Talk about awkward. That man has no idea how lucky he is to have a boyfriend as amazing as Carlos who lets him seek refuge in his apartment. And allows the crew from the 126 to come over and hang out together. Not that Carlos isn’t also lucky to have TK Those two are a perfect match. One of the only things that would have made this episode better would have been more moments between the two of them.

Pretty much everything we’ve ever seen of the competitive sport of roller derby comes from television and movies. And it always seems so painful. But it is definitely fun to watch. Even if it is something we don’t ever see ourselves doing. This time around? Yikes. Big yikes. Between hearing the horror story of what happened to one of the members during the competition before and the horror story that played out in front of us, we certainly weren’t feeling like attempting the sport ourselves. Ever.

Luckily, Tommy seemed to have things well in hand and was able to handle the girl being impaled fairly easily. But then we saw her arm. That woman was certainly having a rough day. And even though she was understandably nervous after so much time away from the action, Tommy handled that injury just as well as the other. Which certainly sparked confidence in her abilities from the rest of the team. And from us. But we did feel bad that she was feeling so conflicted about going back to work and being away from her kids. It’s a very understandable struggle, especially during times like these. Luckily, it seems like Tommy has a pretty amazing support system at home.

Welcome to the Team

So it’s no secret that Michelle is ridiculously missed. And we have complete confidence that she will return someday. Soon. Okay, it’s more hopefulness than complete confidence. Because the way everyone else was talking, it doesn’t seem like Michelle will be coming back any time soon. Or at all. But, in the meantime, Tommy is pretty kickass and we’re definitely okay with her being a member of the family. Plus, on the bright side, Judd already knew Tommy very well. And it seems she was the one who trained Michelle. So that certainly means something. As did the situation with the woman shooting arrows at Owen and Tommy. And we have to point out how much we appreciated how Marjan took her ass down! 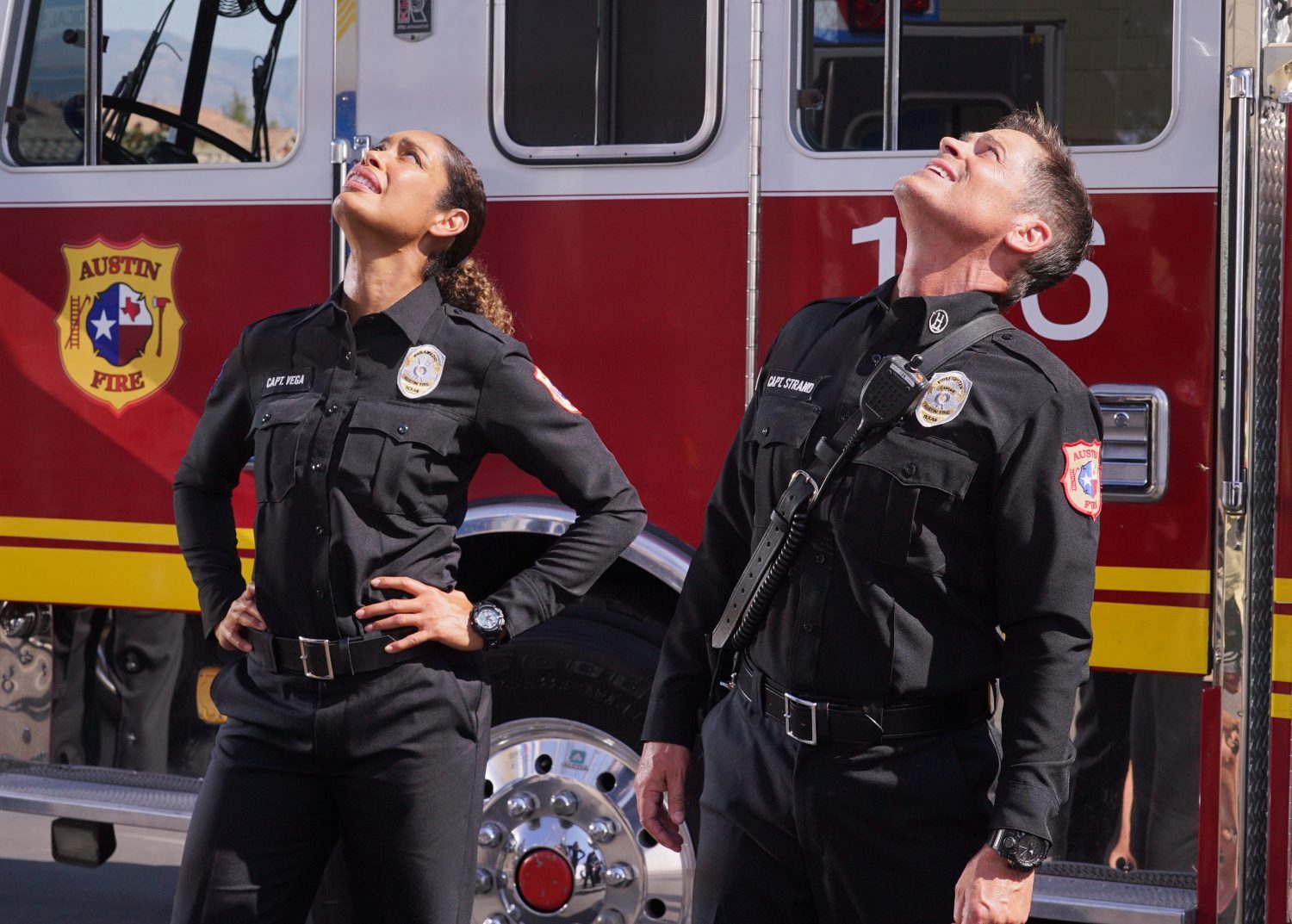 What did you think of 9-1-1: Lone Star 2×01? How were you feeling about Owen’s news from the doctor about being officially in remission? Do you like Tommy? What about Michelle? Do you think that she will ever return to the 126? What did you think about Gwyneth? Were you cheering for the team as hard as we were when they took down the woman shooting her crossbow at Owen and Tommy? What did you think of that ending? We aren’t used to the natural disaster happening at the end of the premiere! Find and follow us on Twitter @capeandcastle to share all of your thoughts with us! Be sure to check out our site for more articles on all things Disney and beyond!