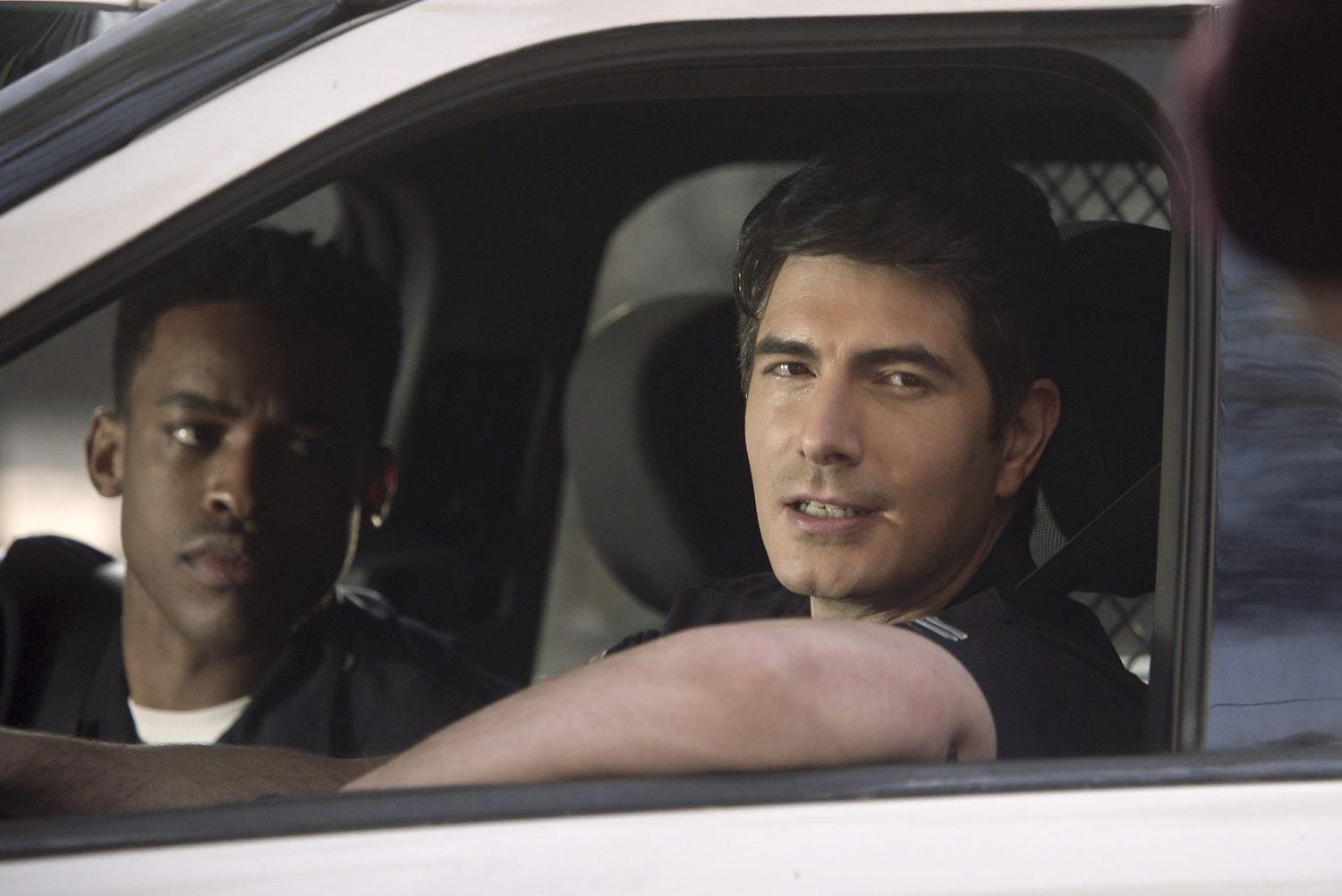 Nyla and John were still suffering punishments but they found a way to make something positive come of their latest one. Meanwhile, Tim gave Lucy another test and we think it may be one of our favorites so far! But things weren’t all great as Jackson had a new TO that wasn’t what he seemed. And Angela had some difficult new coworkers herself! So keep reading for The Rookie 3×02 review!

More Than A Car

Sure, Lucy’s car may not be the best. And it doesn’t lock. But even though it doesn’t seem like the safest car around, it has been to Lucy. It was her safe place after Caleb and that means it was just as important to us as it was to her. We were so glad that Tim saw that and supported her in finding the car. And even though we got some great moments between them, we know that Tim and Lucy can’t be together. At least right now. But we can’t be alone in thinking that all bets are off after Tim is no longer Lucy’s TO. Right? The chemistry between them is undeniable and we just don’t see why we would have the buildup we’ve been given if it wasn’t going to amount to something. But maybe we’re just hopeless romantics. 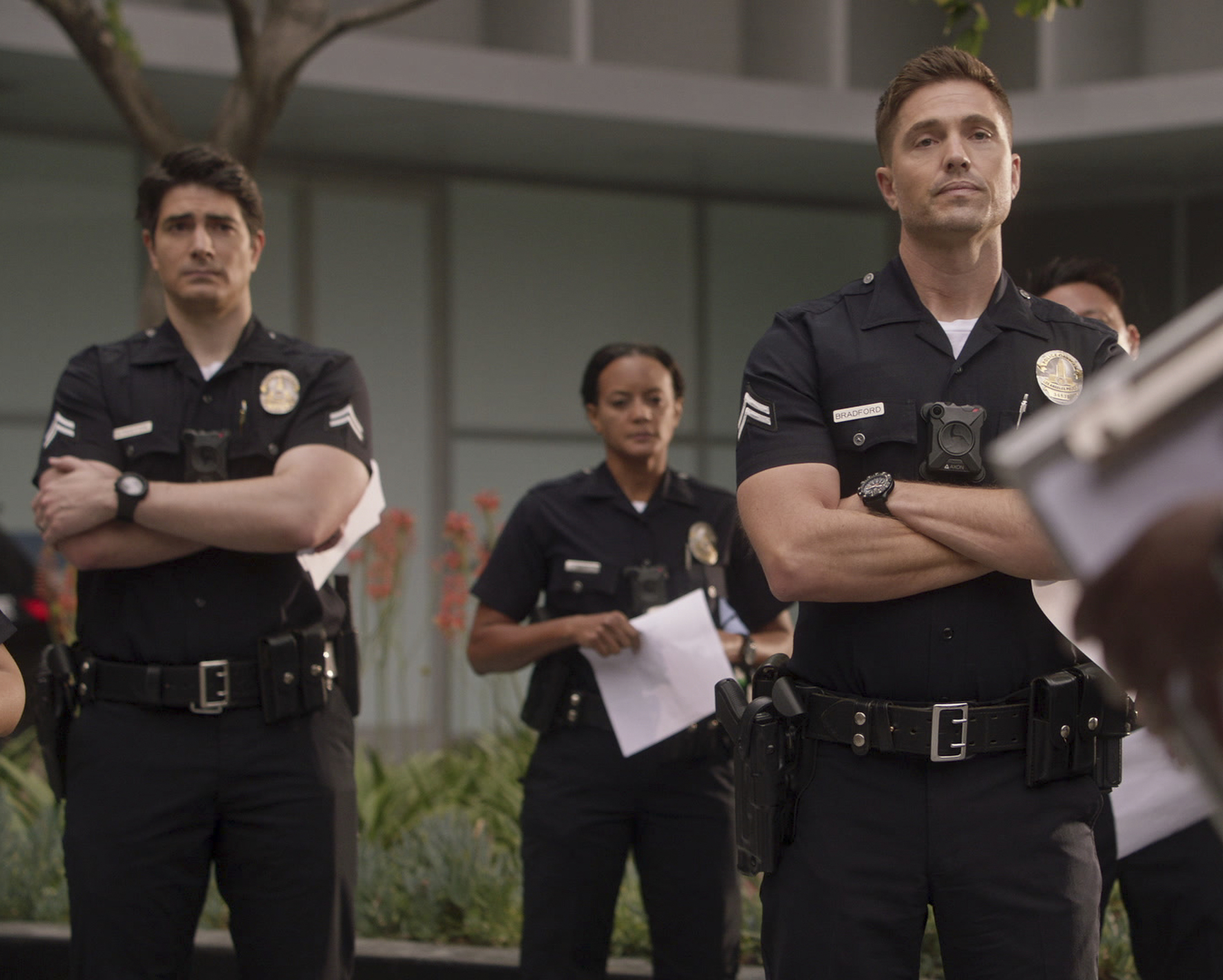 As for Lucy’s car, we kind of think that giving it to a young girl who needs a place to stay is a pretty great use for it. But only as long as Lucy feels comfortable doing that. And we certainly don’t think that Tim was right in calling the girl Lucy’s lost puppy. Lucy has a big heart and she’s always going to want to help those around her. So we really didn’t see it as a big surprise that Lucy did what she did. And whether or not Tim wants to admit it, he likes Lucy’s big heart and that she always wants to believe the best in people. Also, we really want to know if Tim had a “puppy” of his own. And if he did, because it definitely seemed like he did, we have so many freaking questions!

At first, Doug seemed freaking awesome! Plus, hello?! Brandon Routh! We were so game for the partnership between him and Jackson to be awesome. Especially since Jackson was down to less than a month left as a rookie. If he couldn’t be with Angela, we could only hope for him to be with someone almost as awesome. But that’s not what we actually ended up getting. Doug turned out to be a complete asshole. And we couldn’t help but be disappointed about it. And we don’t see Jackson’s last month of training going very well. Not with that guy. But we do think that Tim might be watching Doug with a careful eye after the conversation he had with Jackson.

As for Angela’s new TO, we were also completely unimpressed. While Angela may be new as a detective, she certainly isn’t new as a cop. She has worked hard and earned the promotion to detective. But even if she hadn’t, she still deserved more respect than what she got. Since we have no doubt in Angela’s abilities, we have no doubt that she’s going to prove to all of the detectives around her that she’s more than capable of doing the job. She’ll be just as much of a badass to them as she was to the others. Meanwhile, we’re also enjoying seeing her and Wesley go through the beginning adventure of Lopez being pregnant. They are just too freaking cute.

While it sucks that Nolan and Harper are still being punished, this particular punishment did turn out to be a blessing in disguise. While there were some setbacks to what John was trying to do, his heart was in the right place. And he was able to make a little bit of a difference. While it wasn’t anything huge, like he said, it was a start. But it felt like Nyla was being repeatedly punished with her food incident. And the fact that she had to deal with other moms. While we didn’t get to see how that situation went down, we weren’t surprised when Nyla came back and told John all about how she had nailed it! 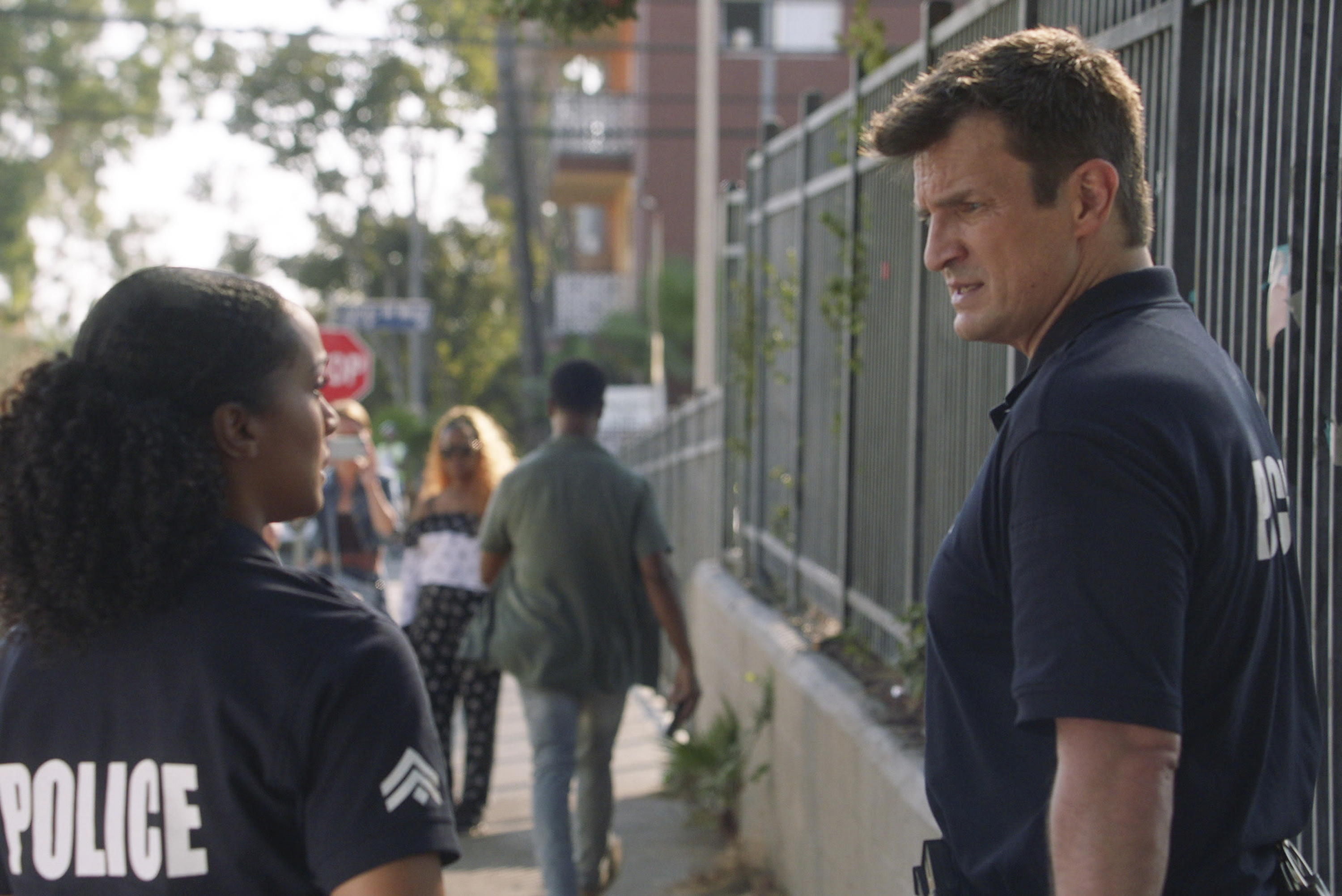 What did you think of The Rookie 3×02? Did you enjoy the Tim Test that was thrown at Lucy? What did you think of the young girl she helped? Did she do the right thing in giving away her car temporarily? How do you think Jackson is going to handle Doug as a TO? Will they make it a whole month together? Or are things going to escalate and fall apart long before then? Find and follow us on Twitter @capeandcastle to share all of your thoughts on The Rookie 3×02! Be sure to also check out our site for more articles and more on all things Disney and beyond!