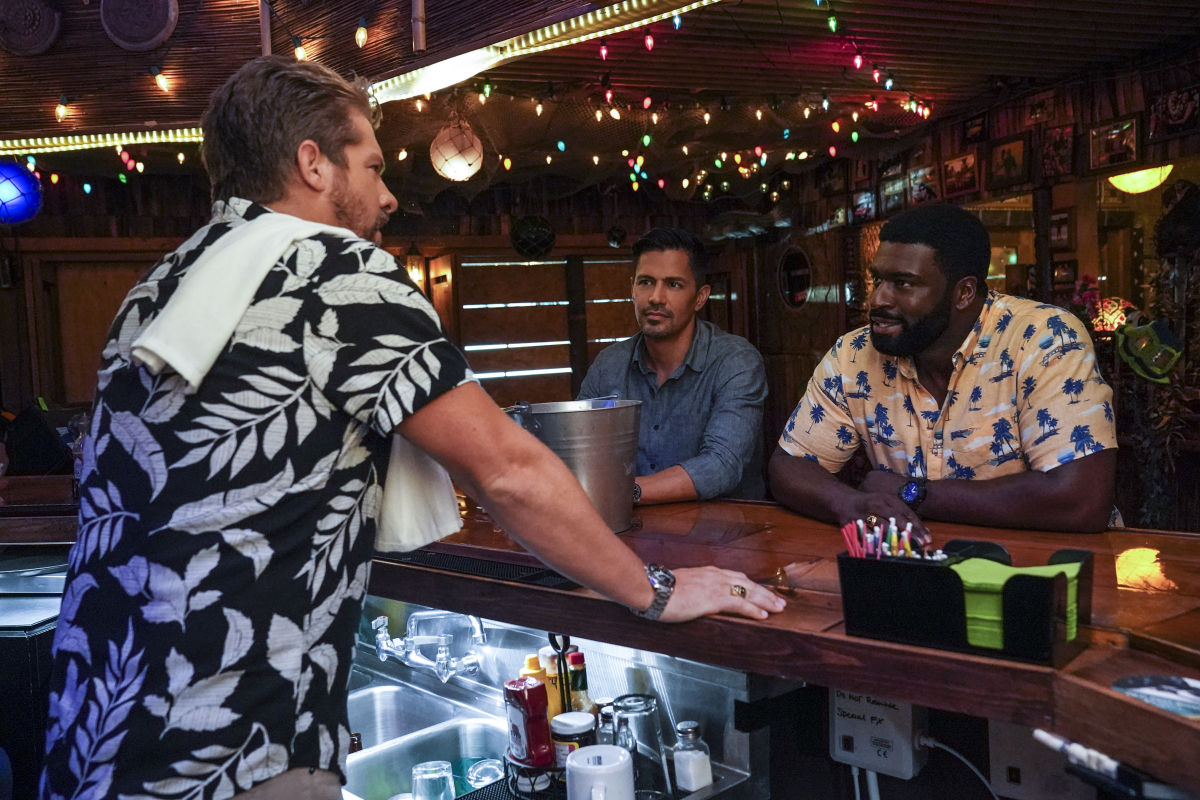 A hurricane heading straight for the island would be more than enough for the team on any given day. But being trapped at La Mariana with a couple of killers? That makes for a difficult time. Add to that Rick’s anxiety over the damage being done to the bar because he cut off the insurance and you’ve got yourself quite the situation. Did we mention Rick failed to tell TC about cutting off the insurance to the bar? Yikes! So keep reading for our Magnum PI 3×05 review!

We know we’ve said it before and we’re going to keep saying it. But we aren’t feeling it with Ethan. And we clearly aren’t the only ones. Magnum has made it more than clear that he isn’t in the Ethan fan club. Don’t worry Magnum. We’re right there with you. We’re aware it isn’t nice, but we just see Ethan as yet another obstacle in Magnum and Juliet’s way. Sure, Ethan has given us some great opportunities to see a very jealous Magnum. And his presence may even end up being a catalyst to Magnum not only realizing the way he feels about Juliet but also in making him finally tell her those feelings. But we still don’t like him and are just waiting for him to leave. 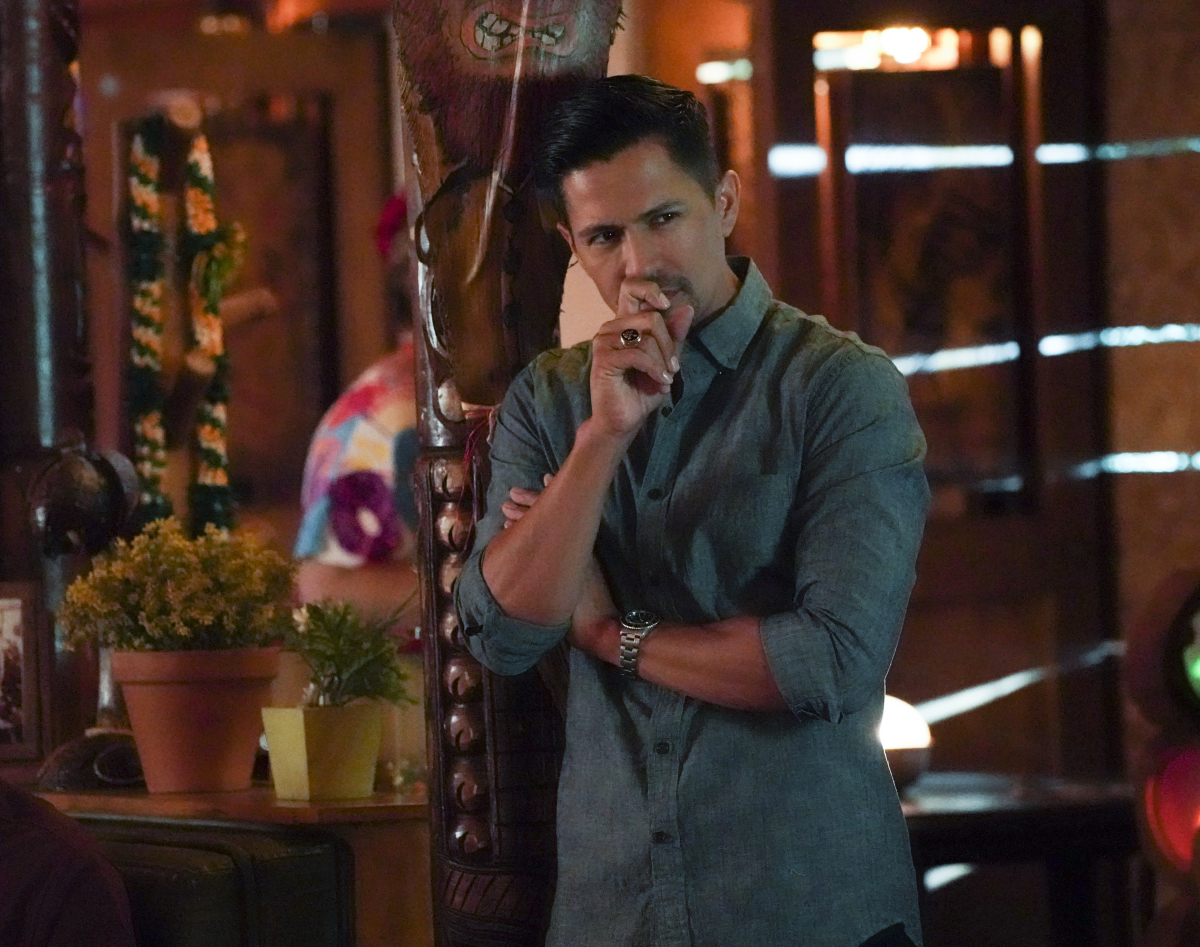 Something else we aren’t feeling is Juliet’s attitude toward Magnum. It feels like she’s being even harder on him than usual. And that’s really saying something. But we have a theory that she may be trying to distance herself from Magnum because she knows how much she cares for him. Just like she knows that if she shows how much she cares about Magnum, her new boyfriend isn’t going to be so happy about it. But we have a feeling that Ethan can tell there is something deeper between Juliet and Mangum. And we think that’s why he made such an idiot move and ended up getting himself shot. You were in a room full of Navy SEALS and an ex MI6 agent. We’re pretty sure they didn’t need your assistance.

The two men that came into La Mariana meant business. They certainly weren’t afraid to kill anyone who got in the way of their goals. While it seemed as if they didn’t intend to cause any trouble when they sought shelter at La Mariana, they obviously didn’t realize just who was occupying the bar they sought shelter in. Of all the bars on the island, those two chose the one full of people who could and would take them down. Even though we had complete confidence in our team, as we always do, we were a little nervous about the safety of the civilians in the bar. We certainly didn’t want to see any casualties.

The best thing everyone could have done would have been to listen to Magnum and the others. And do their best to stay out of the way while they tried to handle the situation. Are we once again referring to the stupidity of Ethan getting involved? Why yes, yes we are. Because getting in the way like that did nothing but endanger himself and the lives of those around him. Magnum and Higgins both called Ethan brave but we just can’t see it that way. Because Magnum was talking to the guy and he and his team would have come up with a way to disarm him. All we saw was Ethan getting in the way. And he paid the consequences for doing so.

This episode really had us feeling bad for Rick. While he doesn’t always make the best business decisions, we think he was really trying to make it through everything being thrown at him. Should he have spoken to TC before he took the insurance off the bar? Definitely. But we couldn’t blame Rick for his reasoning behind the decisions he made. We only hope that TC can understand those reasons. And that all of the damages to La Mariana caused by the hurricane don’t stop Rick from running the bar for too long. We figure the group will all get together and do what they can to at least help with some of the repairs that will have to be done. 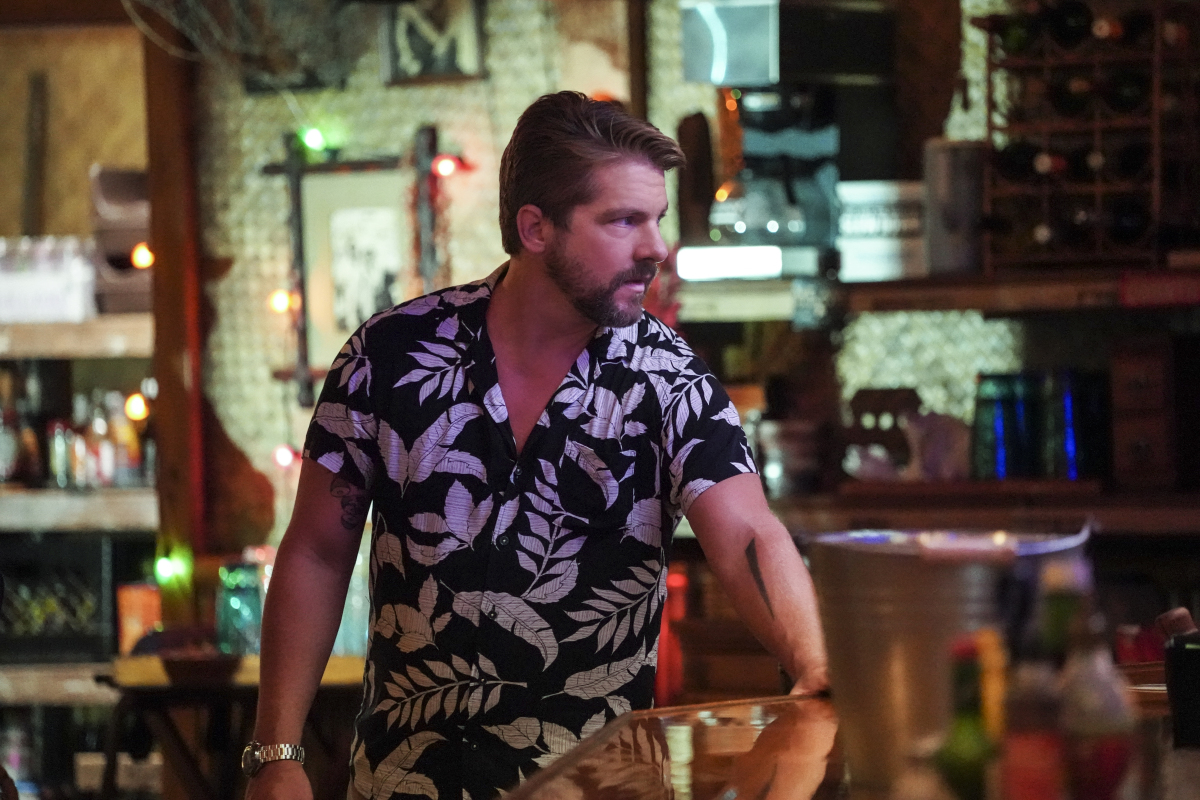 What did you think of Magnum PI 3×05? Do you think Ethan made a dumb move when he ended up shot? Or did you find it heroic? Do you think Juliet has been a bit hard on Magnum lately? Is Magnum jealous of Ethan because he has feelings for Higgins? Or did he mean it when he said he just isn’t used to having to share his time with her? Will La Mariana have to be shut down for a while for the repairs to be done? Is TC going to stay mad at Rick for canceling the insurance?  Find and follow us on Twitter @capeandcastle to let us know all of your Magnum PI 3×05 thoughts! Be sure to also check out our site for more articles, podcasts, and more on all things Disney and beyond!