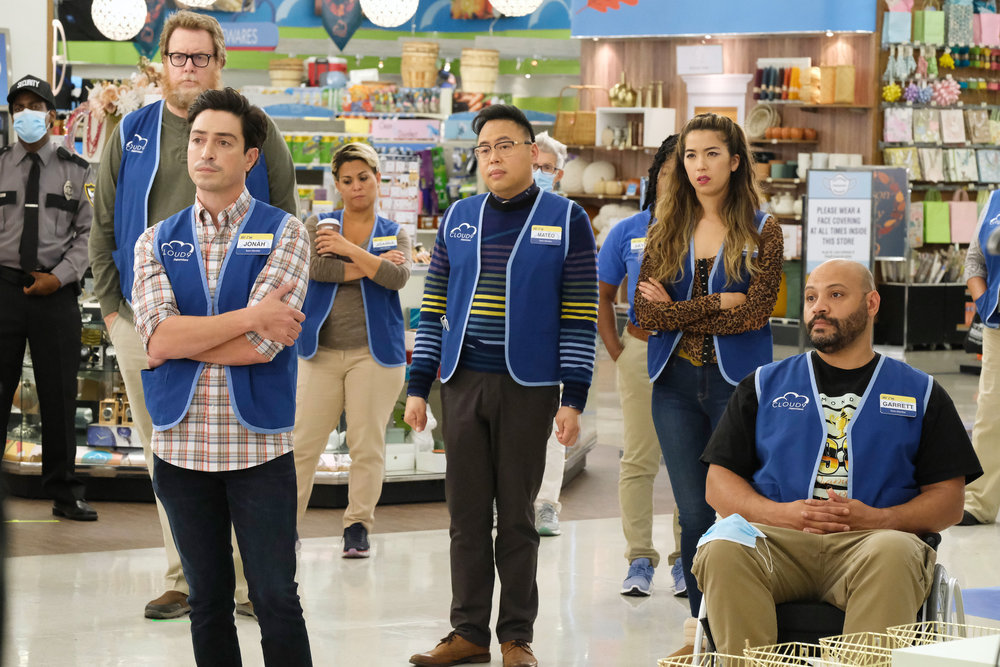 When Cloud 9 decides to get rid of some ridiculous and racist policies, Garrett takes the lead on writing down other policies that need to go. But it certainly doesn’t go as he planned. As is the way with most things in this store. Though we did enjoy Garrett taking that leadership position and hope to see more of it in the future. Then we had Cheyenne and Mateo desperately trying to get Sandra to join them for a movie night. But only because they thought it was the charitable thing to do. So keep reading for our Superstore 6×05 review!

Garrett in all his Glory

Garrett never goes along with the nonsense that corporate wants from him. And it’s one of the things we love about him. But it was pretty fantastic to see him talk about just some of the things wrong at Cloud 9. We don’t usually get to see Garrett in a leadership role so we definitely enjoyed it. Even though his meeting got a little out of control. As they usually do with this group. At first, Garrett was his typical self as far as not really being interested. But he got really passionate about things as time went on. 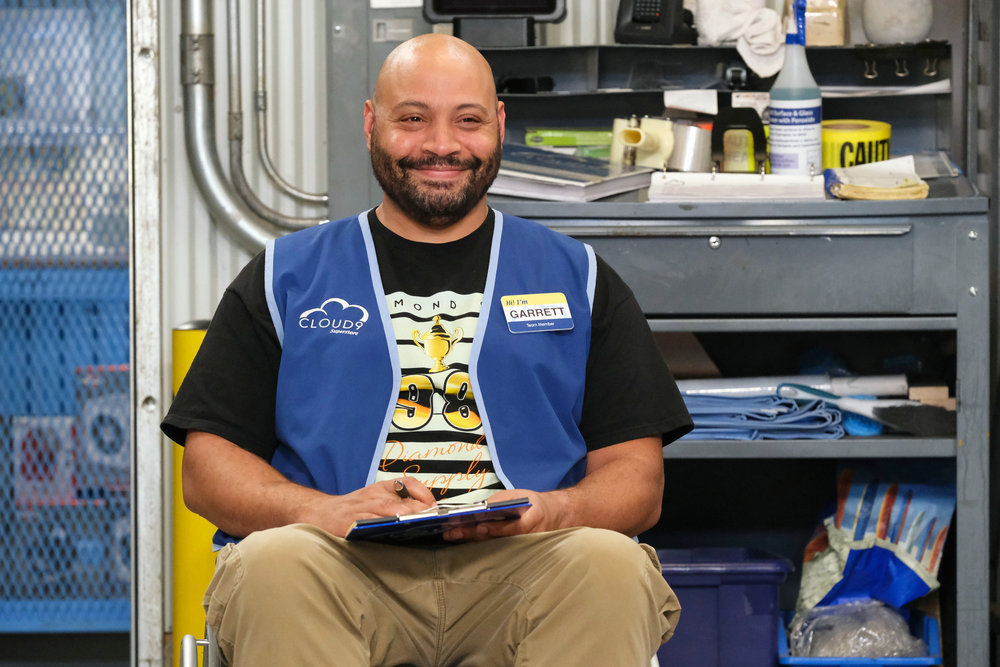 It didn’t surprise us that Jonah wanted to get involved in a big way. Doesn’t he always? And as usual, his heart is in the right place but he doesn’t always approach it the right way. Sometimes Jonah just needs to let others take the lead. And as hard as it is for him, maybe sit back and just listen. Even though making things about himself is the norm, at least he doesn’t change himself no matter the situation. That’s something, right? And when it came to Dina, we actually really liked how enthusiastic she was about helping. And it seemed like she was really doing her best. Especially for being Dina. Like she told Garrett, it was a start.

We kind of loved that Sandra called Mateo and Cheyenne out about their COVID safety. She didn’t do it meanly but in a matter of fact way. And honestly, Sandra could lash out at pretty much everyone in the store and would be within her right to do so. Literally, almost every character has unnecessarily been mean to Sandra at least once. But that’s just not who Sandra is. We’ve rarely seen her lash out at anyone and when she does, it’s more than well deserved.

The fact that it turned into a battle for Cheyenne and Mateo to prove to Sandra that they were clean was freaking hilarious. While it absolutely wasn’t the point and the fact that they were casual with their COVID safety precautions wasn’t funny, the situation as a whole certainly was. They didn’t really want Sandra to hang out with them, to begin with. But they ended up working so hard to get her to come! Even after they got their test results back, Sandra still didn’t want to come. But that didn’t stop either of them. And how far they were willing to go and how much they were willing to change their plans had us cackling.

Even when Glenn is self quarantining, he makes sure that his presence is known. We were kind of wondering whether Mark McKinney is really quarantining. If so, bravo to the showrunners for incorporating it into multiple episodes. Glenn is probably the best at having the best intentions and going about them the completely wrong way. Even better than Jonah. The entire situation with the pizzas was fantastic. We have to admit that we love watching a flustered Glenn try to get through a difficult conversation. And we loved that Garrett wasn’t willing to help him out or give him a break. He just made Glenn suffer through it and it was great! 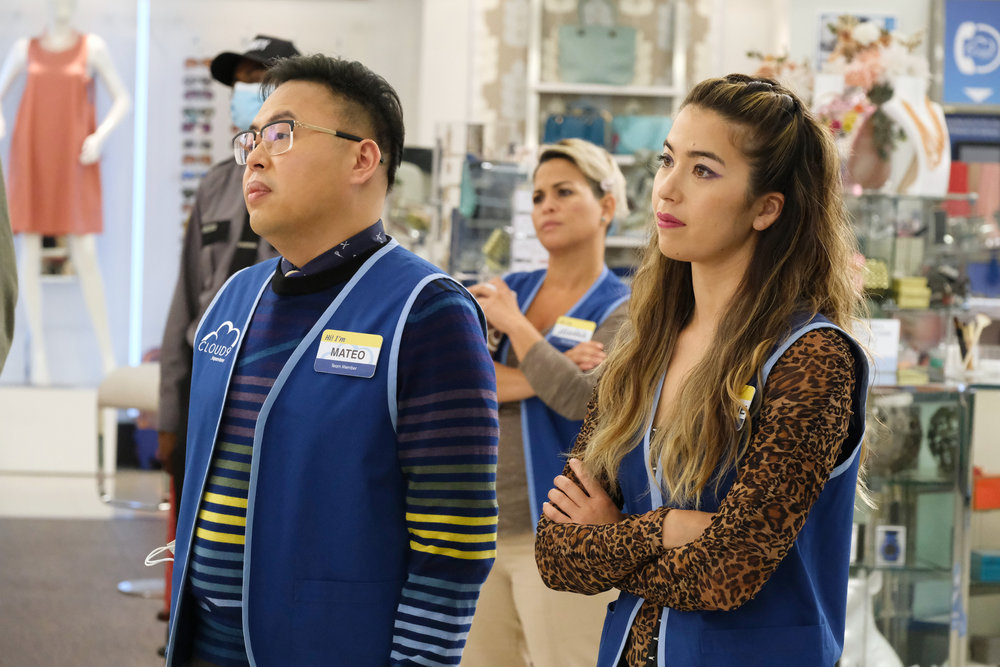 What did you think of Superstore 6×05? Did you like seeing Garrett in a leadership role? What did you think about the situation with Cheyenne, Mateo, and Sandra? Do you think that Mark McKinney is actually quarantined and they just incorporated it into the show? With this being the final season, what do you think we have in store as the show comes to an end? Will Jonah end up going to California to be with Amy? Find and follow us on Twitter @capeandcastle to share all of your Superstore 6×05 thoughts! Be sure to also check out our site for more articles on all things Disney and beyond!