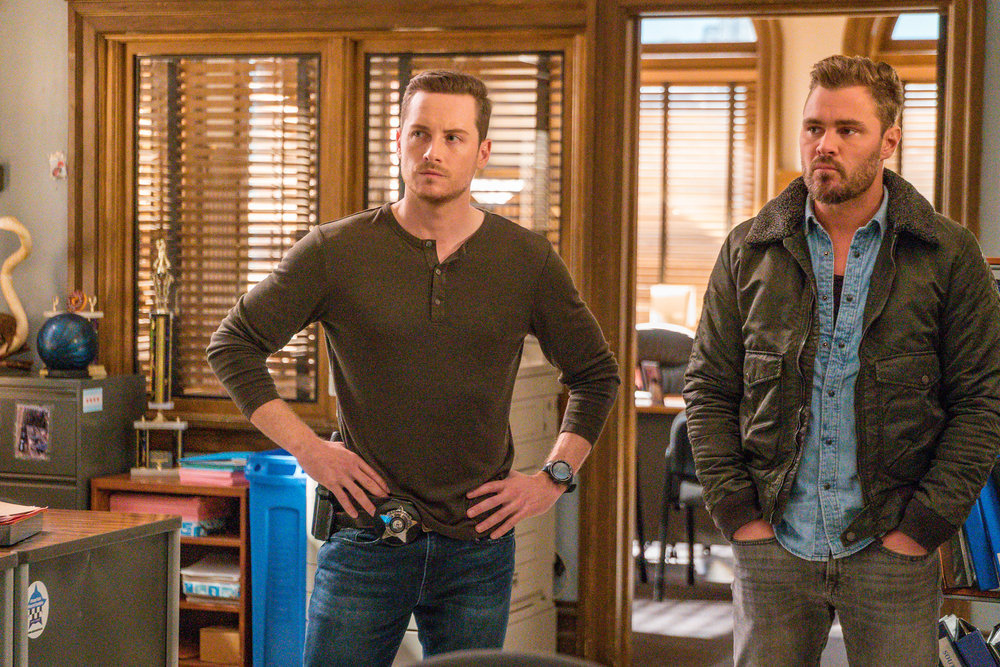 This may have been one of our favorite episodes in a long time. We got some really nice drawn-out scenes between some of our favorites. Intimate kind of scenes. And maybe that’s because of how they’re filming in response to COVID. But we really enjoyed them. Upton was being hounded by the FBI for an answer on the job they offered her. And Kim’s mothering instincts were out in full force when she and Adam helped a young girl! So keep reading for our Chicago PD 8×03 review!

We’re still sad about Kim losing the baby. But this episode made it so clear how amazing Kim’s maternal instincts are. Not that it came as any sort of surprise to us. Though she has made it clear that she certainly doubts her own abilities on that front. On top of that, the way she and Adam worked together made us really picture them as parents. And what a beautiful picture that painted for us. The way they took care of Makayla and protected her was giving us the feels for just about the entire episode. And the scenes we were given between Adam and Kim were pure magic. It really took us back to when they were together. 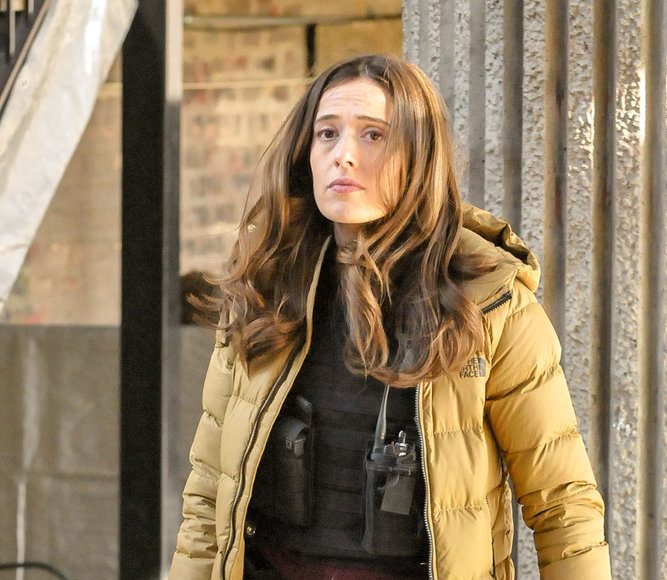 Speaking of. Are these two together or what? Because Adam made that comment about them acting like an old married couple. And we completely agree. To learn that the two of them have created a routine with them doing pretty much everything together gives us all the feels. We would be okay watching an episode of just the two of them going through a typical day like Adam was talking about. The way they were with each other and the conversations they had really had us wondering where things are at with them romantically. Do we dare to hope there is a Burzek reunion right on the horizon? Too late, honestly. We’re already hoping for it. Give us back our Burzek, dammit! You’ve already shown us that no matter what they do they’ll always find their way back to each other.

Okay, we know that Lisseth Chavez has left the show. And we’ve mostly accepted it. But we do have some questions about it. Like, why hasn’t anyone even spoken Vanessa’s name? And where the hell did she go? Yes, we get that the storylines for the last three episodes have been huge. But we really think they could take at least a few moments to let us know where Rojas is. It seems strange that we’re just expected to accept that she’s gone and not have any questions or concerns about where she went. Did she also get another job offer of some kind?

Honestly, with all the major storylines going on, it is possible that we missed them mentioning Vanessa. But we really don’t think so. Besides, we’ve rewatched each of these episodes, especially this one, several times already. So if it was mentioned and we missed it, they clearly didn’t talk about it enough. The other question we have is about who is going to take Vanessa’s place. Or even if anyone is going to. Maybe they are going to continue working with the team they have for a while. Something that would maybe be discussed if they would actually freaking bring up Vanessa. Ugh, anyway, that’s enough ranting. Let’s get back to what had us really excited in this episode!

That kiss! Right?! We don’t even have any words! It was sweet and passionate and definitely loaded with emotion. We knew that Hailey wasn’t going to take the job offer from the FBI. Or maybe we were desperately hoping because we really can’t take losing another intelligence officer. It is starting to feel like a revolving door in this unit. So we were happy to know that things are going to be staying the same. At least for a while. Well, maybe not entirely the same. Because Jay and Hailey finally acknowledged their feelings and we can’t wait to see where they go from here. Seeing Hailey open up and be vulnerable with Jay had us tearing up a little. And then a moment later we were squealing in excitement at Jay just going for it!

It was a truly beautiful moment between the two of them and we’re going to watch it at least a hundred more times. At least. What did you think of Chicago PD 8×03? Do you think Adam and Kim are on their way to working things out? What about Jay and Hailey? What’s going to happen between them next? And what the hell happened to Vanessa? Will there be another addition to the intelligence unit? Or will they keep the team they’ve got for now? Find and follow us on Twitter @capeandcastle to share all of your Chicago PD 8×03 thoughts! We love discussion! But please keep your comments respectful. And be sure to check out our site for more articles on all things Disney and beyond!