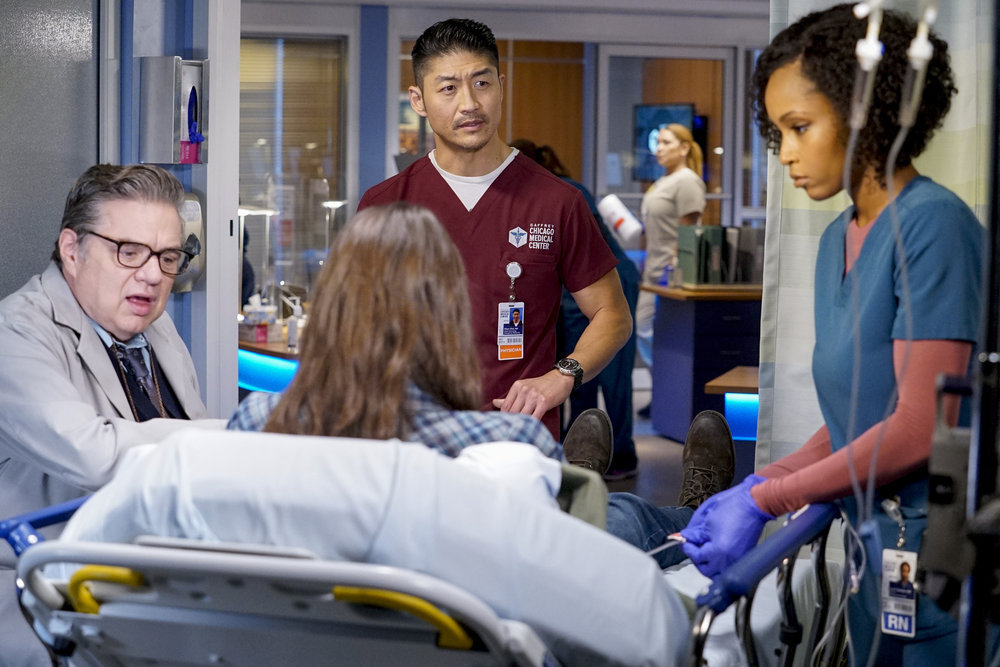 This episode had our characters feeling overwhelmed. Ethan had to make a decision that April didn’t agree with. Not that she seems to agree with any of his decisions these days. But it ended up being for the best. Especially when they had Doctor Charles at their back. Meanwhile, Natalie and Crockett were continuing to bond and things definitely seem to be going down the romantic track. We’re still a little unsure of how we feel about that one. We also had Will crossing a few lines and getting himself into trouble again. So keep reading for our Chicago Med 6×03 review!

It didn’t take long for Ethan to piss April off once again. But this time, we think April was the one in the wrong. Ethan is in charge and he has to do what’s best. And that meant bringing April down from the COVID ward. But it doesn’t mean that Ethan isn’t going to allow her to go back up there. It just meant that for the moment he needed her in the ED. And after the way she helped Lisa, we’re pretty glad that Ethan did it. Plus, it gave us an opportunity to see April and Charles team up and that was something we very much enjoyed! Hopefully, it won’t be the last time we see it because they made an impressive team! 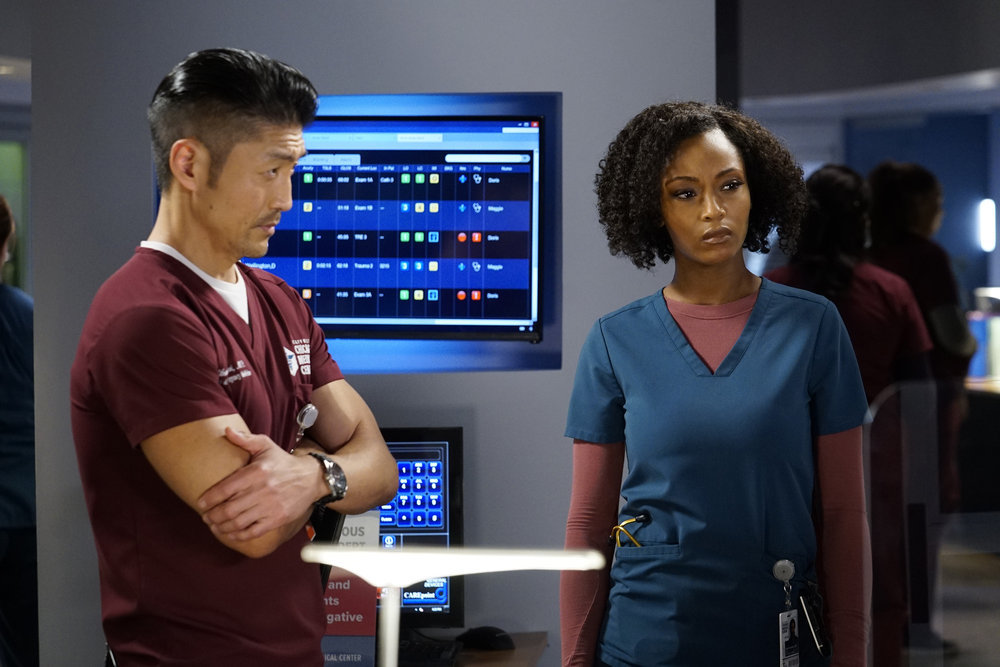 April talked to Doctor Charles about wanting to make a difference. Something she felt she was doing in the COVID ward. And while we agree entirely that April was making a difference in people’s lives there, we think she is able to do that wherever she is in the hospital. We hope that with the way she was able to help Lisa, she will be able to see that better for herself. April is appreciated and she is extremely good at her job. This is why Ethan wanted her back in the ED for a while to begin with.

We know that Will’s heart is usually in the right place. Even when he makes decisions that are not so great. Or when he crosses a line or two. Or a million. But this time around, it didn’t really seem like Will was trying to do the best thing for his patient. He was pushing that drug trial way too freaking hard for our liking. And we have to wonder if it had something to do with Doctor Virani. We don’t even like thinking that, but it’s kind of what it seemed like. At least, at the beginning of the episode.

Because toward the end, it did seem like Will had come to his senses. A little bit, anyway. Maybe it was that slap Mari gave him that knocked some sense back into him. But he did end up saving his patient’s life. Although his decisions along the way definitely could have resulted in Will being in huge trouble. Possibly even fired. Which is a position that Will has been in before. So we hoped that he would have learned from the last time. And even though this situation seemed to end on a happy note, we really wouldn’t be surprised if it came back to bite him in the ass later. Maybe in the form of a lawsuit. We’re going to hope it doesn’t, just like we’re going to hope that Will manages to keep himself in check the rest of the season.

As Manstead shippers, we really tried hard not to like the obvious chemistry between Natalie and Crockett. But we’re kind of at the point where it feels undeniable. And maybe, at the very least for right now, it’s best if Natalie and Will stay away from each other. Romantically, that is. Things between them started getting messy a long time before they officially called it quits. And even after, every time they interacted was more than a little volatile. So maybe they both need to see other people for a while. Or maybe they need to move on for good. But in the meantime, we’ve kind of come to enjoy Crockett and Natalie. And there isn’t a lot of lightheartedness in the show right now, so we’ll take what we can get. 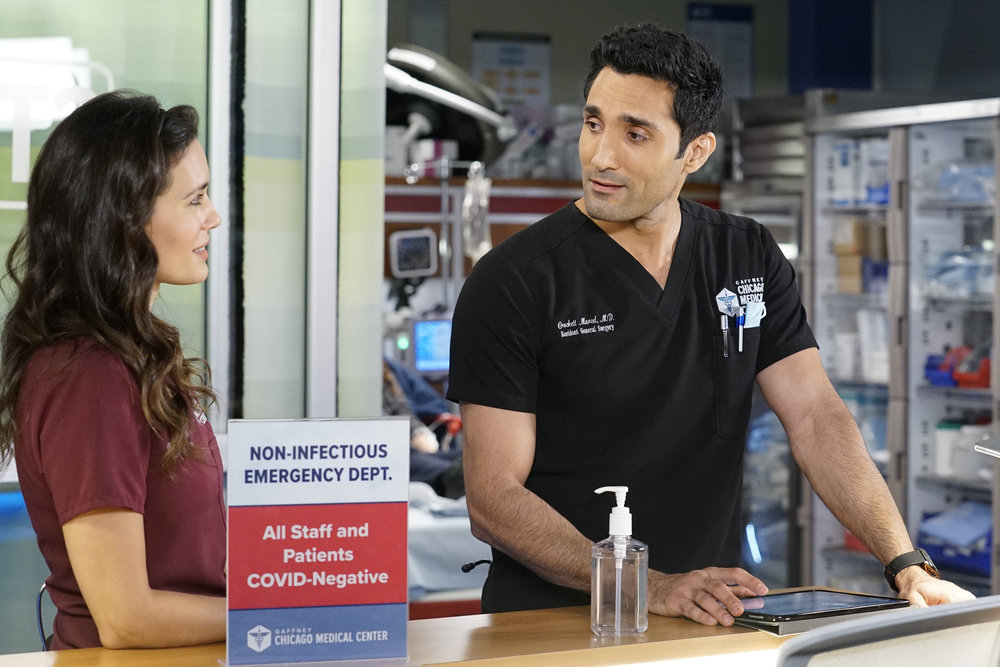 What did you think of Chicago Med 6×03? Do you like that Natalie and Crockett are getting closer? Or do you want to see Natalie and Will finding their way back to each other? Will Ethan and April be able to overcome their differences? Do you think Will is going to find himself in more trouble than ever this season? We’re kind of wondering if that will be the case. It feels like he’s completely thrown the rules out the window. Find and follow us on Twitter @capeandcastle to share all of your Chicago Med 6×03 thoughts with us! Be sure to also check out our site or more articles and more on all things Disney and beyond!