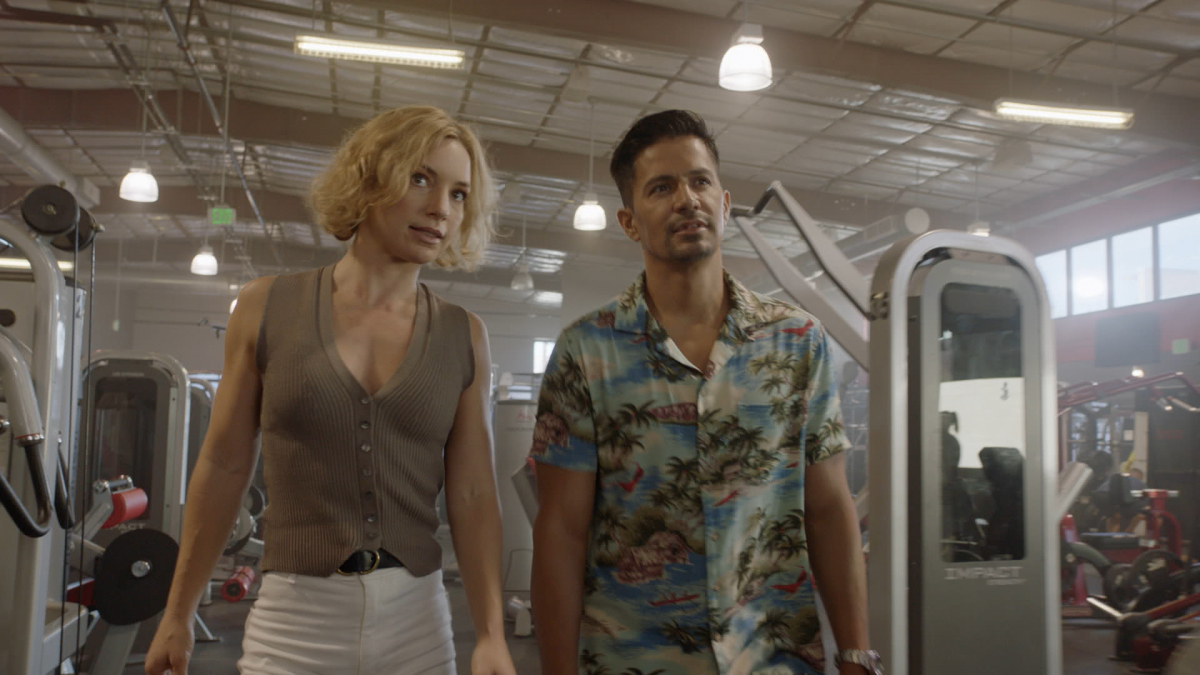 ‘Magnum PI’ 3×04 Review: “First the Beatdown, Then the Blowback”

When Kumu gets herself into a serious situation, the team has to come together and help her out before she ends up in jail. Meanwhile, Magnum and Higgins are in a tight spot themselves when their latest client’s daughter is a fighter involved with some pretty dangerous gangsters. Ones who want her to throw her next fight. An illegal underground fight, no less! So keep reading for our Magnum PI 3×04 review!

Magnum’s latest client’s daughter had herself jammed into a pretty tight spot. As if trying to get her way into the fighting spotlight isn’t difficult enough, Kai had to deal with a gang trying to force her to throw her next match. Something they clearly didn’t ask her to do politely. But helping Kai out of her dangerous situation put Magnum and Higgins into one. Getting involved with illegal underground fights was bad enough. That alone is dangerous territory. But when dangerous gangs get involved, all bets are off. Especially since Kai didn’t really want Magnum and Higgins to help her out to begin with. They were only doing it because her father had been the one to hire them, not Kai. 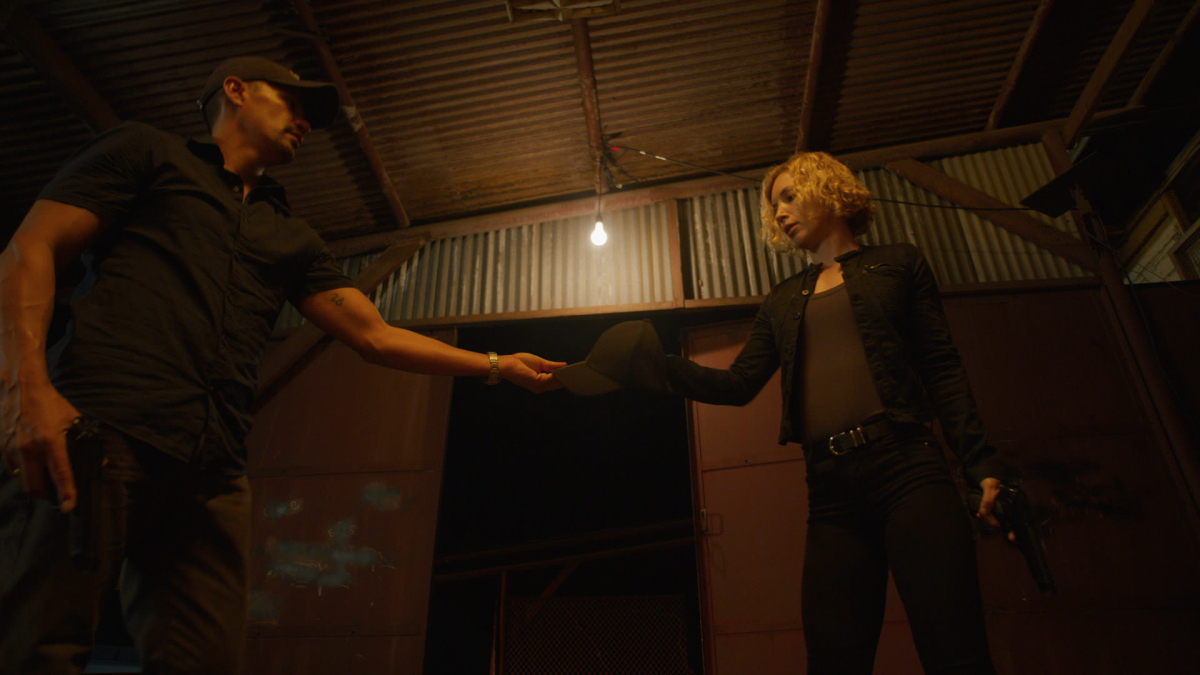 We don’t blame Magnum for being annoyed with Juliet’s love life. So what if we’re annoyed with it for the same reason Magnum is? It’s obnoxious. And not just because we want to see her with Magnum, though that is the main reason. But because her relationship with Ethan has Juliet distracted. Something that is not only out of the norm for Higgins, but it’s dangerous as well. She and Magnum have a habit of getting themselves into trouble. So when their focus isn’t on the case they’re working on, it can make a dangerous situation that much more deadly. Plus we think Ethan sucks. And that Higgins belongs with Magnum.

It really felt like Higgins having Magnum test her security was just another way for them to flirt. We’re sorry, okay? It’s not our fault that the chemistry between them is explosive. We can’t be held responsible for noticing it. But we do have to say we were pretty impressed with the security Higgins has put on Robin’s Nest. She was giving Magnum a hard time about his skills not being up to par, but we know they are. If he couldn’t get past all of her defenses, that means Higgins has clearly gone the extra mile to protect the house. While it isn’t surprising that she would put so much stock into security, we do have to wonder if some of the motives for doing so has to do with Magnum’s situation.

Okay, we can understand Gordon being frustrated with his son. And it was pretty clear Gordon was telling his son not to end up like Magnum. Yes, Magnum doesn’t always make the best decisions and he can be slightly ridiculous. But that seemed a little over the top. Even for Katsumoto. Just because he’s made mistakes, Magnum is far from being a bad man. Quite the opposite, actually. So while we love Gordon, we weren’t too impressed with him at that moment. Actually, we were a little pissed off about it. There is a slight chance that he wasn’t talking about Magnum and we’re off base. But that’s a pretty slim chance.

Kumu has never been one to shy away from doing what she believes is the right thing. And it’s one of the many reasons we love her character so much. And we can always rely on Higgins and Magnum to support her. So we weren’t surprised that’s how things went down this time, too. They’ve always got each other’s backs. Because they’re family. We were actually pretty proud of Kumu for trying to return the artifact she stole to its rightful place. Luckily, the entire family, including Noelani came through in a big way for Kumu and everything came out okay in the end. And we only got a little emotional about the entire situation. 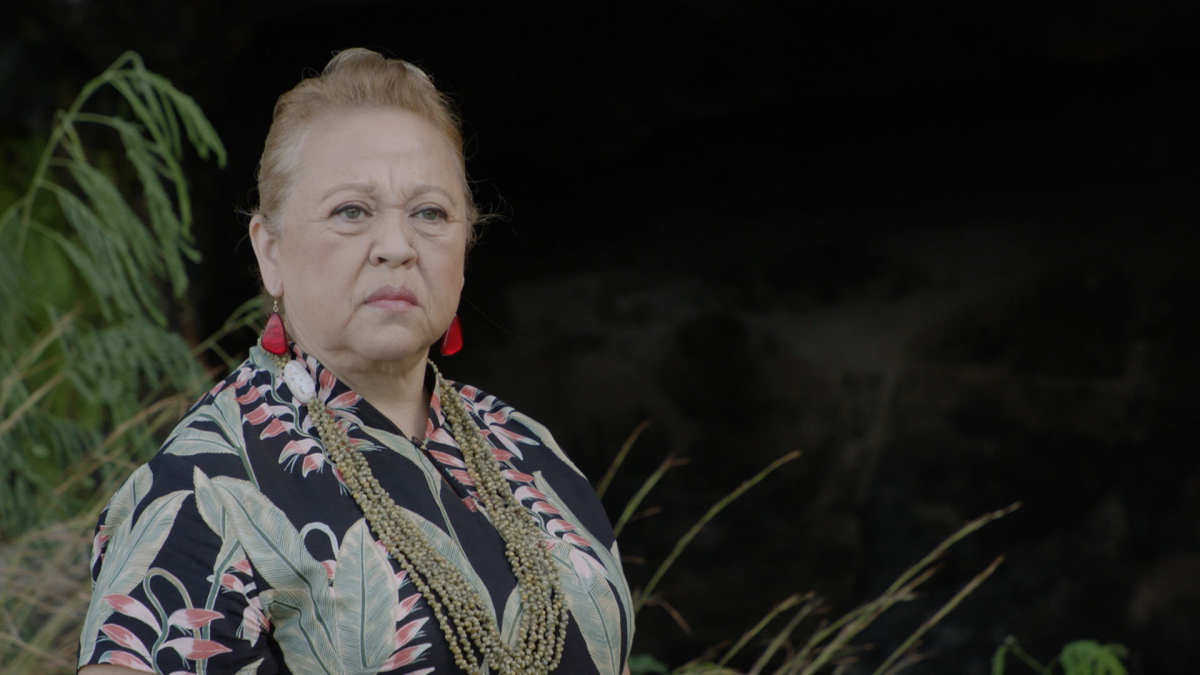 What did you think of Magnum PI 3×04? Do you think being with Ethan is distracting Juliet from her cases with Magnum? Or do you think she has found a good balance between professional and personal? Do Magnum’s feelings run deeper for her than a partnership? If they do, will he ever tell her? Or will he just let things continue this way? Did you agree with the decisions Kumu made? What about how everyone else reacted and helped her? Find and follow us on Twitter @capeandcastle to share your thoughts on Magnum PI 3×04! Be sure to check out our site for more articles, quizzes, podcasts, and more on all things Disney and beyond!