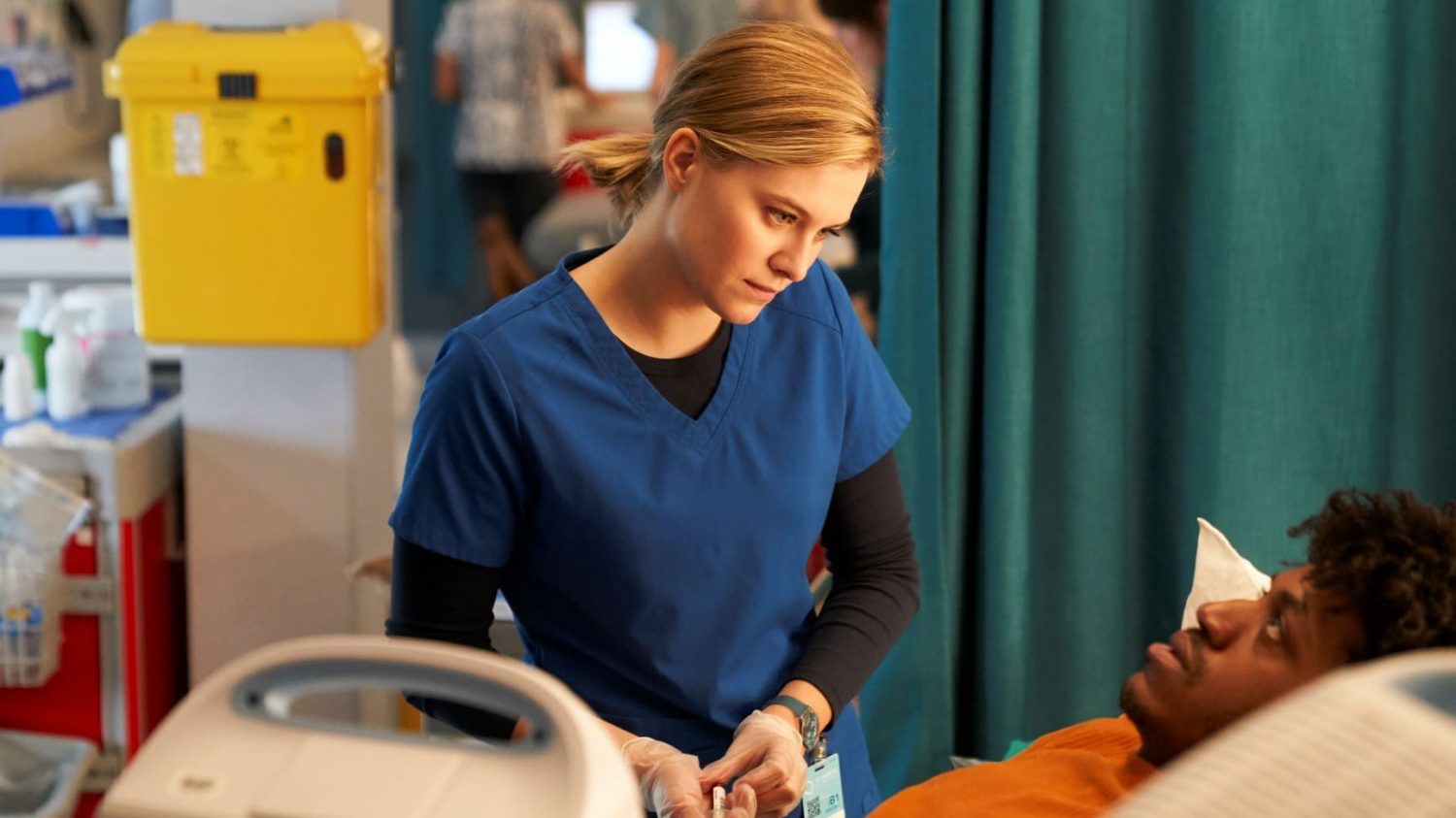 This episode was full of some difficult cases and patients. Grace and Evan were dealing with a man that presented with symptoms of substance use. But not everything was as it seemed. Though Grace once again took the opportunity to show us that she has nerves of steel and can handle anything thrown her way. Even a right hook. This episode also had us gaining some insight into Ashley and beginning to forgive her for the way she has been treating Grace. So keep reading for our Nurses 1×03 review!

We were a little disappointed that Grace was still involved in this relationship. Doesn’t she want to come first for someone? What is she going to do when the dude marries his fiance? Are they going to keep sleeping together? Come on, Grace. You are so much better than that and we know it. And no, this isn’t just because we really want Grace with Evan. Honestly, the more we see Grace with mister engaged, the more we want her with literally anyone else. Because she deserves more. And so does the fiance, actually. So we kind of hope the fiance finds out. It will cause problems for Grace but will save everyone in the long run. 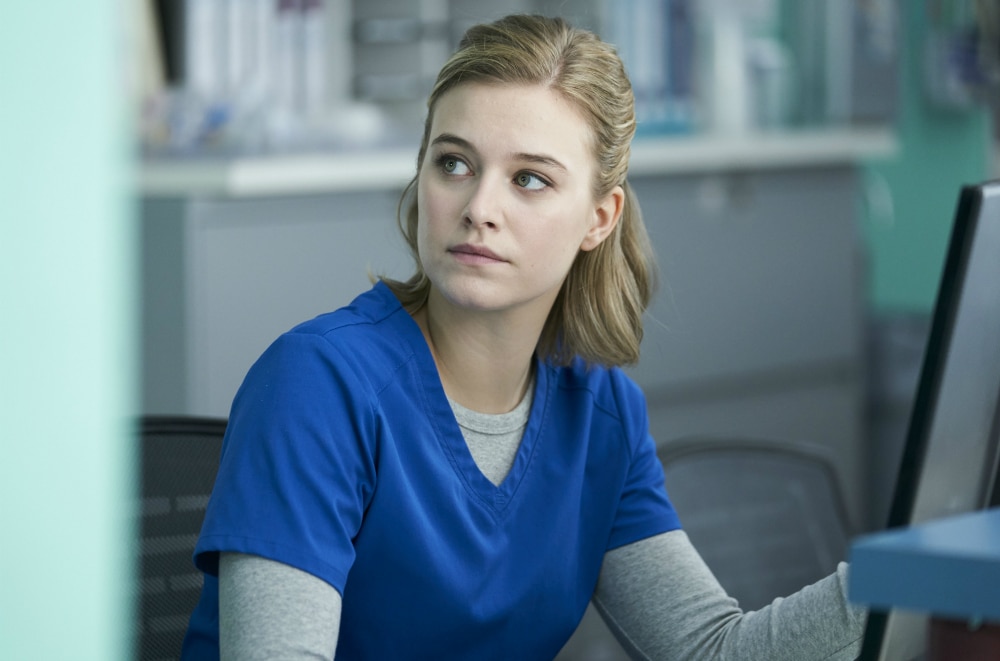 The amount of concern that Evan showed for Grace when her patient struck out at her made our hearts melt. How is Grace not seeing what’s happening between the two of them?! He truly appreciates her input and looks to her for guidance and support as well as offering it to her in return. From what we know of Evan so far, he seems like a really good guy. And can Grace say the same about the man she is currently seeing? Because we don’t think so. Are we being a little extra harsh because we are shipping Evan and Grace so hard? Probably. But even if there wasn’t anyone around that had chemistry with Grace, we would not be into her dating a man engaged to someone else. We may have heard the guy’s name at some point but we just really don’t care. And we don’t care that it’s mean for us to say so. Because he’s a jerk. R

Okay, so we do have to admit that Ashley has been a bit better since Grace told her the truth about what happened at General. But Grace shouldn’t have had to reveal what happened to her in order for Ashley to stop treating her like shit. So it’s going to take some time before we forgive her. Though that doesn’t mean we aren’t rooting for her to find her soulmate. And there certainly seemed to be a spark between her and Caro. Go for it, Ashley! Even though Caro said that she doesn’t date people she works with, we have a feeling that she may be breaking that rule of hers very soon.

We found out in the last episode that Wolf got a second chance at life after having leukemia as a child. His insight into how he feels about life and who he is as a person never ceases to amaze us. He’s a truly good man. And it sucks that his finances are in such dire straights. It broke our hearts to hear him admit that he is struggling to pay his bills. And it’s another reason why we found ourselves forgiving Ashley just a bit more. Because she didn’t think twice to offer to cover Wolf. And he had clearly borrowed money from her before and she wasn’t worried about it.

Grace wasn’t the only one dealing with a difficult patient. Wolf had a difficult patient that got passed off on Naz. What she wanted was a cortisone shot. We certainly weren’t fans of her and her bell. But that turned around when she actually began to accept help from Naz. And we have to give credit to Naz for the way she not only handled the patient, but for allowing herself to connect to her as well. Plus, it gave us a bit more insight on her background and her relationship with her mother. We also got to hear Naz’s patient sing. And, wow! She had an absolutely amazing voice that evoked emotion and almost brought us to tears. It really had us hoping everything with her surgery turned out well so that she didn’t have to give up on her dream. 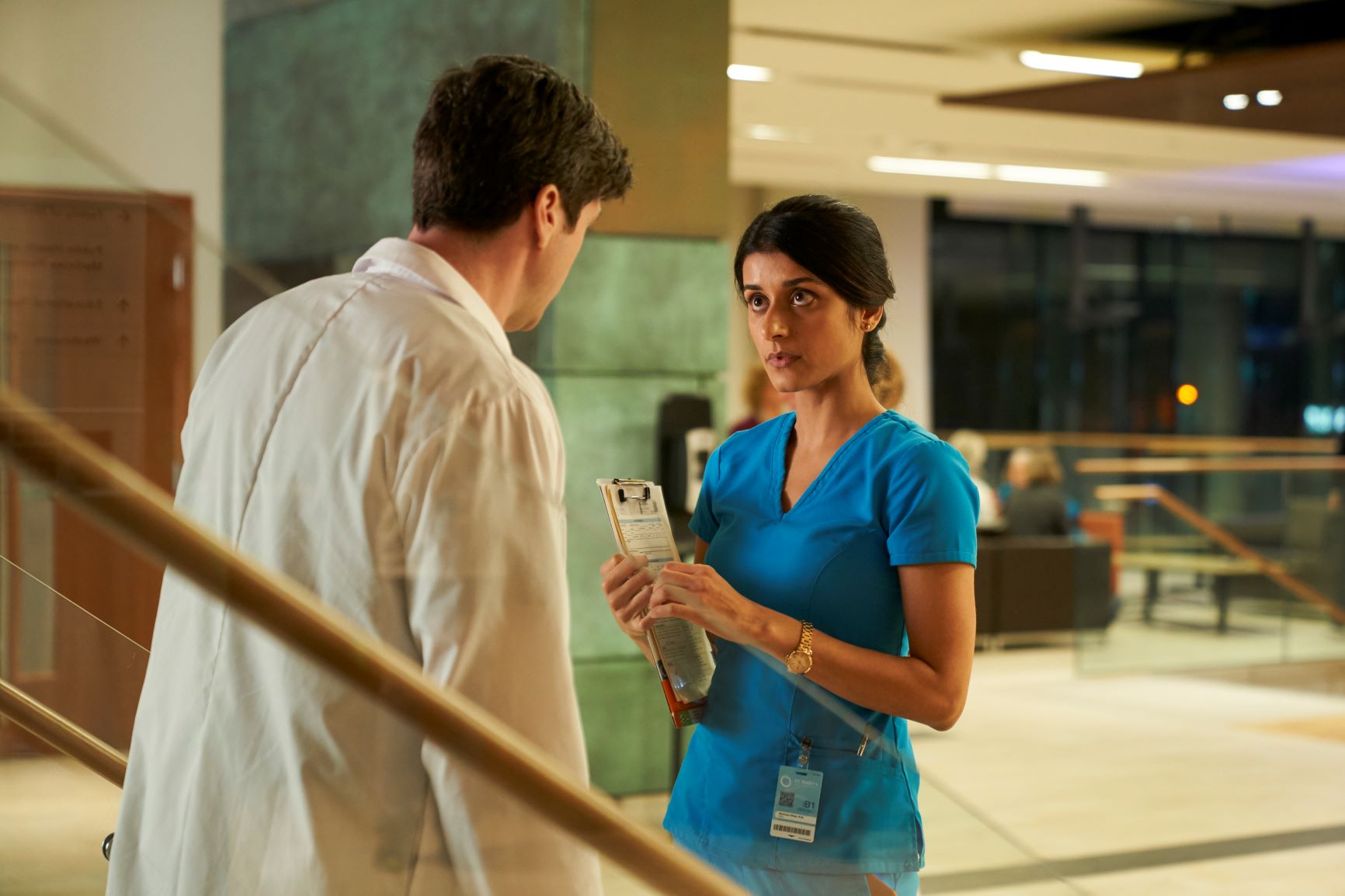 What did you think of Nurses 1×03? When is Grace going to give up on her relationship with someone who is engaged? Do you think the fiance is going to find out about it before Grace has a chance to end it? What did you think about the difficult patient Naz and Wolf dealt with? Have you forgiven Ashley for her treatment of Grace? Or is it going to take a little more time? Find and follow us on Twitter @capeandcastle to share your thoughts on Nurses! Be sure to also check out our site for more articles, quizzes, podcasts, and more on all things Disney and beyond!