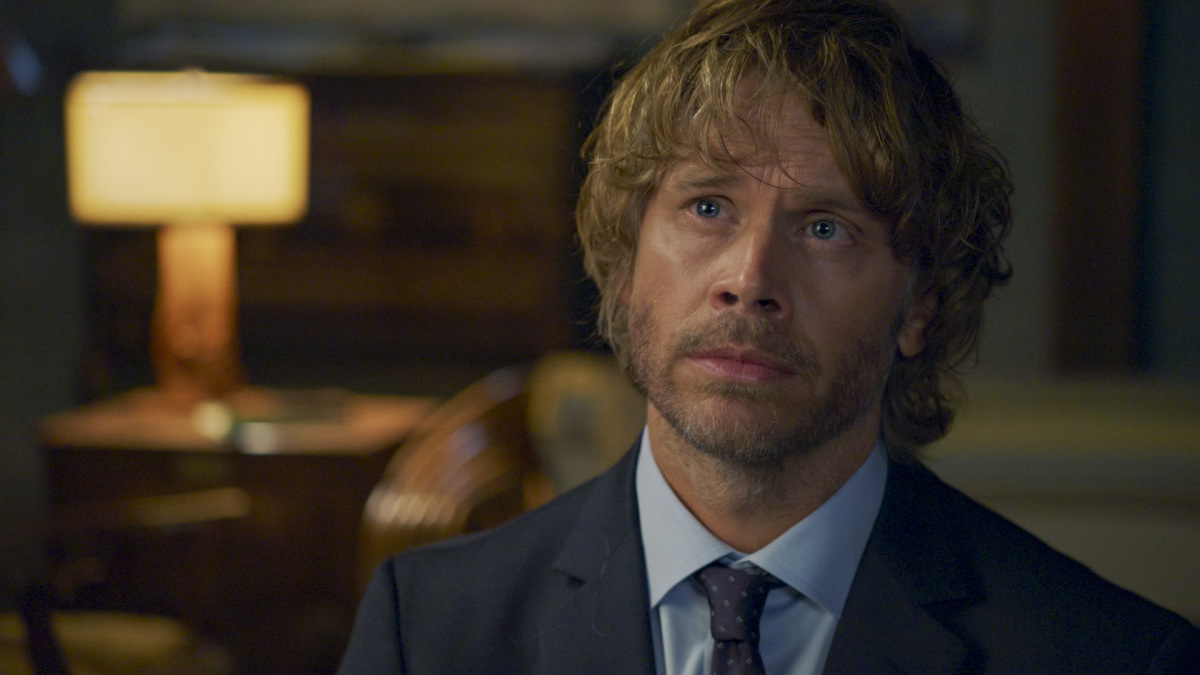 Hello and first of all, Happy New Year to our amazing readers! We are so excited to welcome a new year with our favorite team from NCIS: Los Angeles. This week, as the team looked into the murder of a Navy reservist, they also were questioned by Agent Martinez with FLETC to gauge how Deeks would fare as an agent. So sit back, relax, and let’s dive into this episode, “Overdue.” 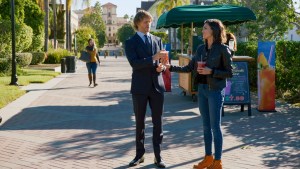 In the case this week, the death of Joel Bellamy led the team to figure out that due to trouble he was in, he had sold sensitive military information. Eventually, it led the team to Dr. Natalie Chan’s, whose work in neurotechnology had led to her kidnapping. Realizing that if she was taken out of the country and they would lose the chance to locate her, the team works quickly to make sure she found safe and sound.

With this episode, we also got to see different characters interact and they all had some funny moments. From Rountree trying to figure out what a floppy disk was to Kensi teasing Deeks about his high school band, the Contaminated Cherries, this episode had plenty of humor to go against the serious aspects of the case. 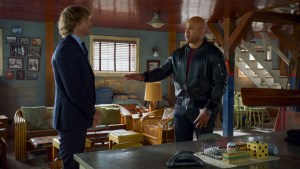 Plus, the episode also saw the team being interviewed about Deeks. Now, we know he has come a long way since he first joined NCIS. He has never lost his sense of humor and over the years, the rest of the team has clearly grown fond of him, even if they refuse to say it out loud. Seeing Sam honestly discuss his first impression was amusing, especially given the fact we know how far they have come.

Eric, we’re not sure where Eric was going with his interview. However, it was clear that by the end, we could see just how much Deeks meant to the team and what an asset he was. 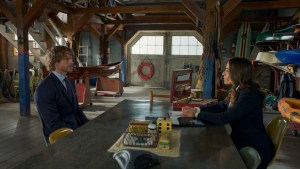 During his interview, we saw a side of Deeks that is rare, but that we know is there deep down. He was serious about wanting to follow this path and knowing he had Sam’s support, as well as everyone else on the team. Obviously, he did great. When pressed about the internal affairs investigation at LAPD, Deeks was unapologetic about speaking up when he knew things were not right. He really showed just how much the job meant to him. Plus, he was clear on what he would do to make sure he could keep doing good in the world.

And can we just say that his middle name just makes so much sense with what his mom would choose? Roberta Deeks is a character herself, but we would expect nothing less out of what she chose as a middle name. We were overdue in finding out his middle name and it did not disappoint. Martin Atticus Deeks, you will make a fine NCIS agent. As long as you get through FLETC, in which case, good luck. 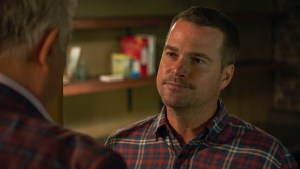 To ask or not to ask

Now, we can’t end without revisiting what was happening with the rest of the team. As we finally got to see how Eric was able to be up in ops despite not officially being part of NCIS, we also got to see Kamran once again. She is still preparing for her journey into the Navy and Sam couldn’t be more proud of her. We’re excited to go along with her as she, too, joins and shows what she is made of. Sam Hanna may be her father, but she is clearly determined to show who she is in her own right.

In addition, Callen had his own personal arc this episode. He has been trying to set up a get together with Arkady, wanting to ask him about marrying Ana. Clearly, he is nervous about approaching this topic, which ends up not working as planned. Supposedly, according to Arkady, he and Anna are not the types to get married. But in reality, is he sure about this? After all, Callen and Anna have grown a lot from the people they were when we first met them, respectively.

There is a chance these two could make that leap. Callen does not necessarily need to ask Arkady, who, as we know, did not have the closest relationship with Anna for a while. Surely, we will discover what prompted Callen to want to ask and we hope he gets the courage to go after what he wants.

We’re so excited to see where the team goes from here, especially Deeks’ journey in FLETC. It is sure to be an interesting affair to watch. Let us know how you think Deeks will do at the academy. Make sure to follow us on social media for more NCISLA. What did you think of “Overdue?”