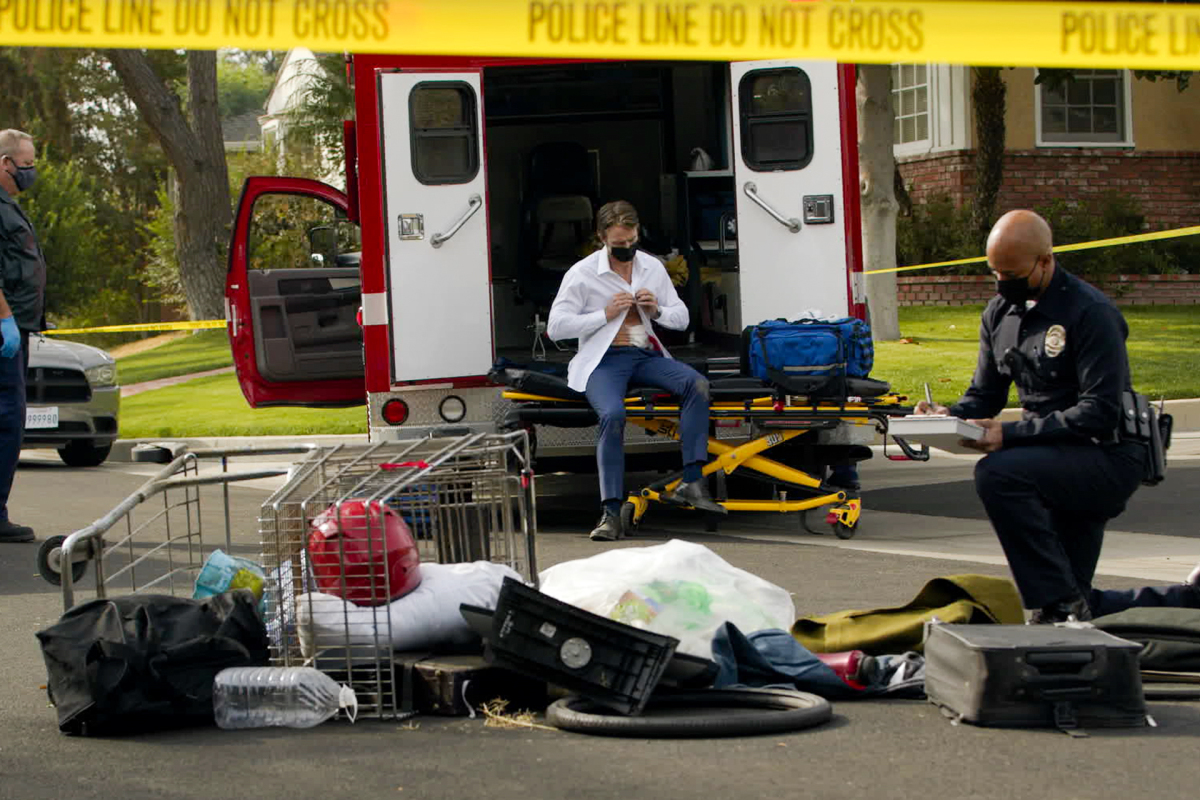 Things with Mark’s case get even more serious when he is attacked and injured. But he also receives more mysterious evidence from an unknown source. Lola is faced with another difficult decision when it comes to light that the jury was going to come forth with a not guilty verdict. But the choices to handle things aren’t cut and dry. And the outcome may not only affect Lola personally but professionally as well. So keep reading for our All Rise 2×06 review!

We freaked out when Mark was stabbed. But we were also impressed with how quickly he reacted to the situation. If that guy hadn’t caught Mark by surprise, we have no doubt Mark would have kicked his ass. But it was clearly a setup. And we don’t need three guesses to know who did it. Though it certainly makes us want to see Mark take them down even more than we already did. But it also had us understanding Amy’s feelings on the situation even more. This is precisely what Amy was afraid of and we could tell how scared she was by the situation. We were feeling the same way. The last thing we wanted to see was Mark hurt. Or worse. 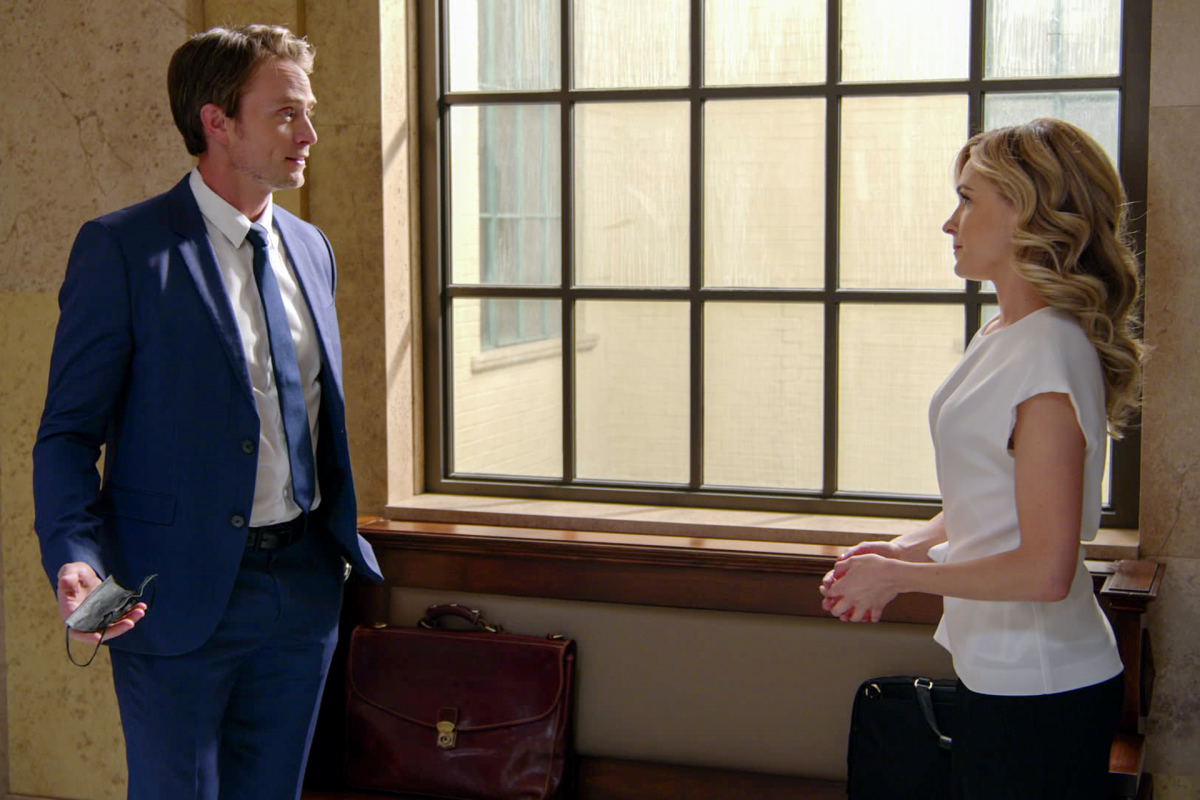 Mark’s attitude on the entire situation had us even more worried. It felt like he wasn’t even taking it seriously. Even though he was clearly in pain. But he kept pushing himself, and far too hard if the blood through the bandage was anything to go by. And while nothing has been said against her and no threats have been made, the situation has us worried for Amy as much as Mark. We weren’t big fans of Bravo from the first time we saw him. But the way he reacted to Mark being stabbed pretty much sealed the deal. We do not like him.

Lola had no way of knowing that the jury was going to acquit. If she hadn’t made the calls she did, Leon could have ended up even worse off. There was no way of knowing for sure. But we do know that Lola did the best she could given the situation and we don’t think it was right for Vanessa to act as if Lola had done something wrong. She really isn’t helping us to like her any better when she continues to do things like this. Though the situation did seem to show that Vanessa is learning a bit. As for Lola, she was now faced with another tough decision that didn’t have a clear right answer.

The annoying juror was back and he was putting Lola on blast. And we’re sorry, but it was complete bullshit. She absolutely had Leon’s best interests at heart! She was doing what she could to get him home to his family. But Lola didn’t have to tell anyone about the verdict from the jury. She did it anyway because she continued trying to do the right thing. And trying to do the right thing seemed to do nothing but bring trouble to her doorstep. We would say that Lola should just never interfere again but we know things would have been wildly different if she hadn’t, and the jury had come back with guilty. Then everyone would have been saying Lola should have stepped in. Because she’s damned if she does and damned if she doesn’t.

Once again, Luke and Emily were gravitating toward each other. Seems like they keep doing that. We really think it’s only a matter of time before they get back together. The connection between them is a powerful one. So is the connection between Lola and Mark. But we don’t think their relationship is inappropriate in the slightest and it’s bullshit that Corinne was trying to spin it that way. And we especially think it’s bullshit that Emily is also trying to go after Lola. If it were someone else’s case we have no doubt that Emily would be right there standing up for Lola. It feels like everything was about circumstance and that’s what decided where people stood on the issue. And it actually pissed us off quite a bit. 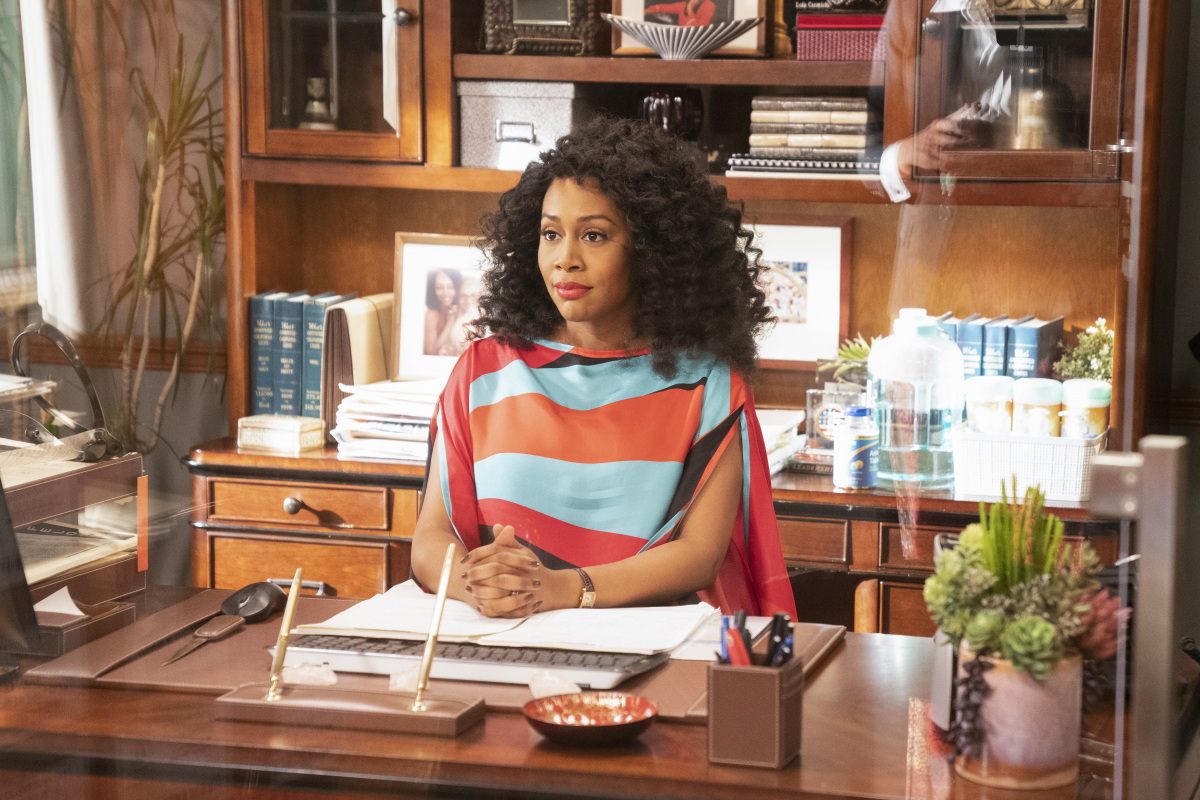 What did you think of All Rise 2×06? Did you agree with the call Lola made during the trial? Or should she have refrained from interfering? Would things have been different if Lola hadn’t interfered and the jury had found Leon guilty? Did you agree with how Emily handled things with her client and Lola? How do you think Lola handled the fallout of things? Who do you think is sending Mark the evidence? And how are they getting it? Why choose to send it to Mark? Find and follow us on Twitter @capeandcastle to share all of your All Rise 2×06 thoughts! Be sure to check out our site for more articles, quizzes, podcasts, and more on all things Disney and beyond!