It’s finale time! It’s been a wild and twisted ride this season on TMAS. Many reveals were given last week and I’m still surprised, but I had a feeling the finale would really shock me, or so I was hoping. And I was right! All tales come to an end and what tragic, heart-shaking endings they were. Sometimes family can be the death of you just as much as it can heal you.

After disposing of the cop she killed at the end of last week’s episode (review here) and getting Tucker off the hook for Brendan, Olivia returned to Tucker and Maddie only to discover they’d gotten themselves loose of their cuffs. The two trapped themselves in to keep Olivia out but she still managed to get a few shots off, one of them getting Tucker in the shoulder. She had no intention of letting her playthings go.

Still, Maddie didn’t give in and she didn’t let Tucker come to her rescue either. While she knew she couldn’t ever keep what Tucker’s done a secret, he didn’t expect her to. Tucker really did care about Maddie and only wanted to protect her even if that meant him going to prison or worse. I can admire that.

When Olivia decided to light the entire house on fire with everybody inside, that increased Maddie and Tucker’s desperation to get out. This final act turned Olivia into an episode of Criminal Minds with her as the unsub.

The arc came to an end where it ultimately began. With Tucker battling the loss of his sister. Olivia pulled off a memorable Jason Voorhees moment by pulling Tucker under, I have to give him his props for holding Olivia under, drowning her and his unshakeable nightmare. Lucky for him, Maddie still found him worth saving and pulled him out. Unfortunately, he wound up in a coma. The twist of it all came when ‘Anna’ came to visit, showing that Olivia. That cliffhanger made this ending so much better rather than just a sad Maddie visiting Tucker who was locked in a never-ending nightmare.

While Derek is burying Ron out in the woods, Simone calls. His plan to have Ron take the fall for everything slipped when he told Simone that they’d go to the police with the evidence she found. She didn’t tell him that she’d found anything though.

Suspect of Derek, she showed up at Jackson’s, needing a place to feel safe, and admitted that he was the only one in her life right now and it was obvious she’s only trusted him throughout all of this. Jackson got sidetracked with a call from his mom about Maddie, giving Simone the chance to get away. Unfortunately, Derek showed up soon after and knocked him out.

While Simone tried, I figured Veronica wouldn’t believe her, which left this only something that Simone could handle. Yet, I was surprised when Veronica showed up behind Simone to stop Derek from killing Jackson. It’s a cliché family moment up until Veronica took Derek’s gun, threatened Simone with it, and then turned it on her own son. It was a fantastic surprise to see the evil stepmother doing the right thing and proving she wasn’t really evil, just desperate. Definitely a pleasant deviation from the original tale of Cinderella.

After Derek was taken into custody, Simone made good on wanting that fresh start with Veronica. They’d both lost so much that it felt like the start of something good for the two of them to at least figure things out between them and the distillery. Simone even came to terms with her feelings for Jackson through a voicemail. It was a voicemail I wish I could’ve heard!

With new music comes new feelings. Ash is nervous about performing but is sure she wasn’t the glitz and glam she once was. However, one thing did stay the same and that was her father’s old guitar of which she’d smashed earlier in the season.

The magical moment that everyone had been waiting for finally happened. No, I don’t mean the consummation of Ash and Beau’s love. That would be beautiful though. Ash finally removed her mask, the final obstacle with herself. It was definitely one of the best parts of the episode. A moment of self-acceptance well placed, like the curse breaking for the beast in the fairytale. 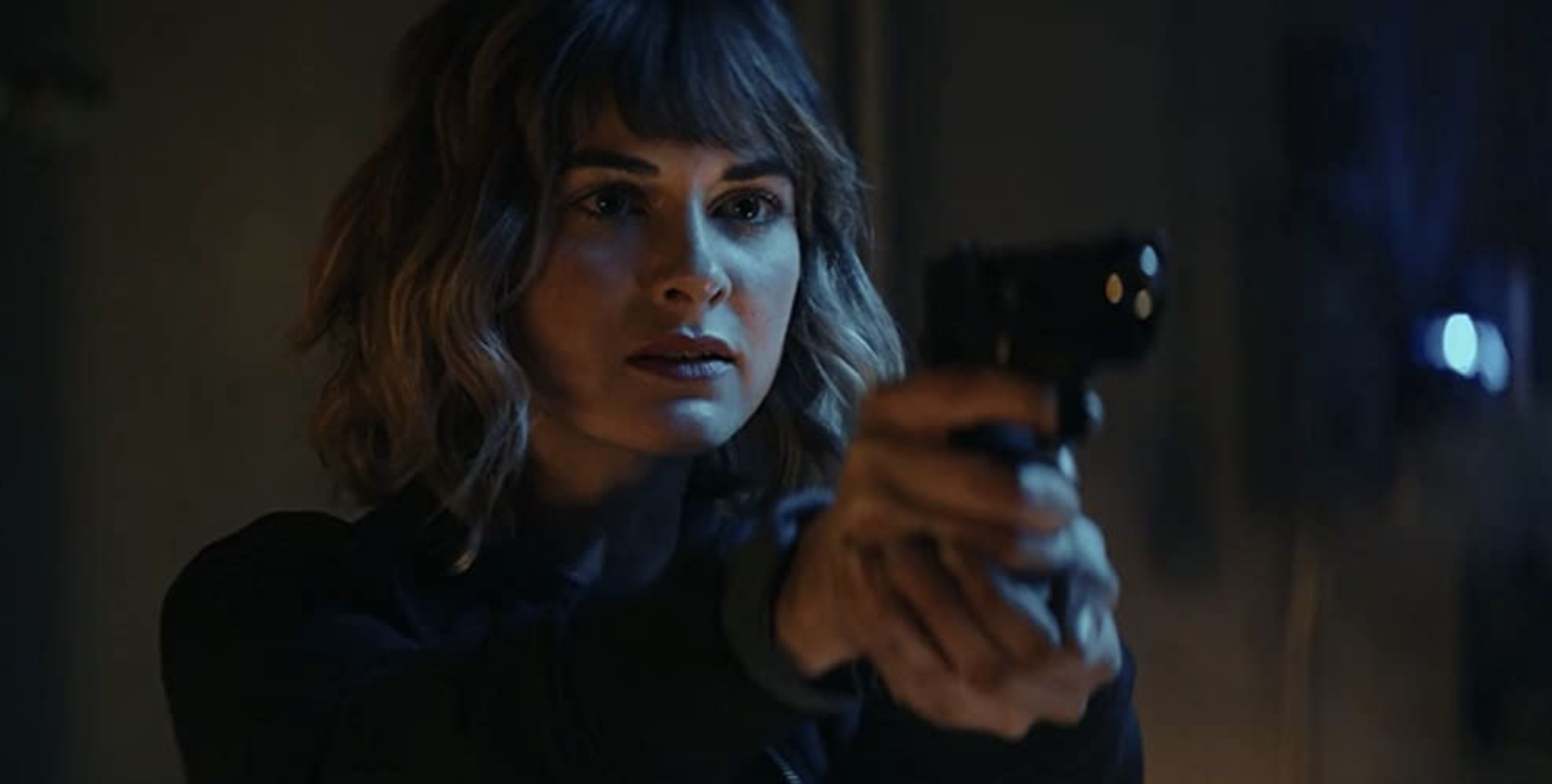 Taylor felt differently. As I figured, it’s not Ash that Taylor is after per se. It’s Rebecca. And what better way to get to somebody than to go after their kids? While Beau caught onto her, I was left wondering if he’d make it in time to save Ash and the Pruitt family one final time.

The arc comes to a head with Taylor facing Ash and Rebecca who came forth about being the bastard child of Ash’s father. Yet, as Taylor got ready to shoot them, Beau broke in at the last second. Unfortunately, he was caught by a shot. While my heart completely shattered with panic, I was impressed with how he managed to check on each woman before falling unconscious.

The despair disappeared quickly, after seeing that he survived. Sure, I know the tale, but with the way this show loved to throw in twists, I wasn’t sure he was going to make it. I was surprised that Jackson survived! I was beyond thrilled that Beau survived and that the show kept to this part of the original tale, allowing Ash and Beau to start their adventure/relationship at the end. 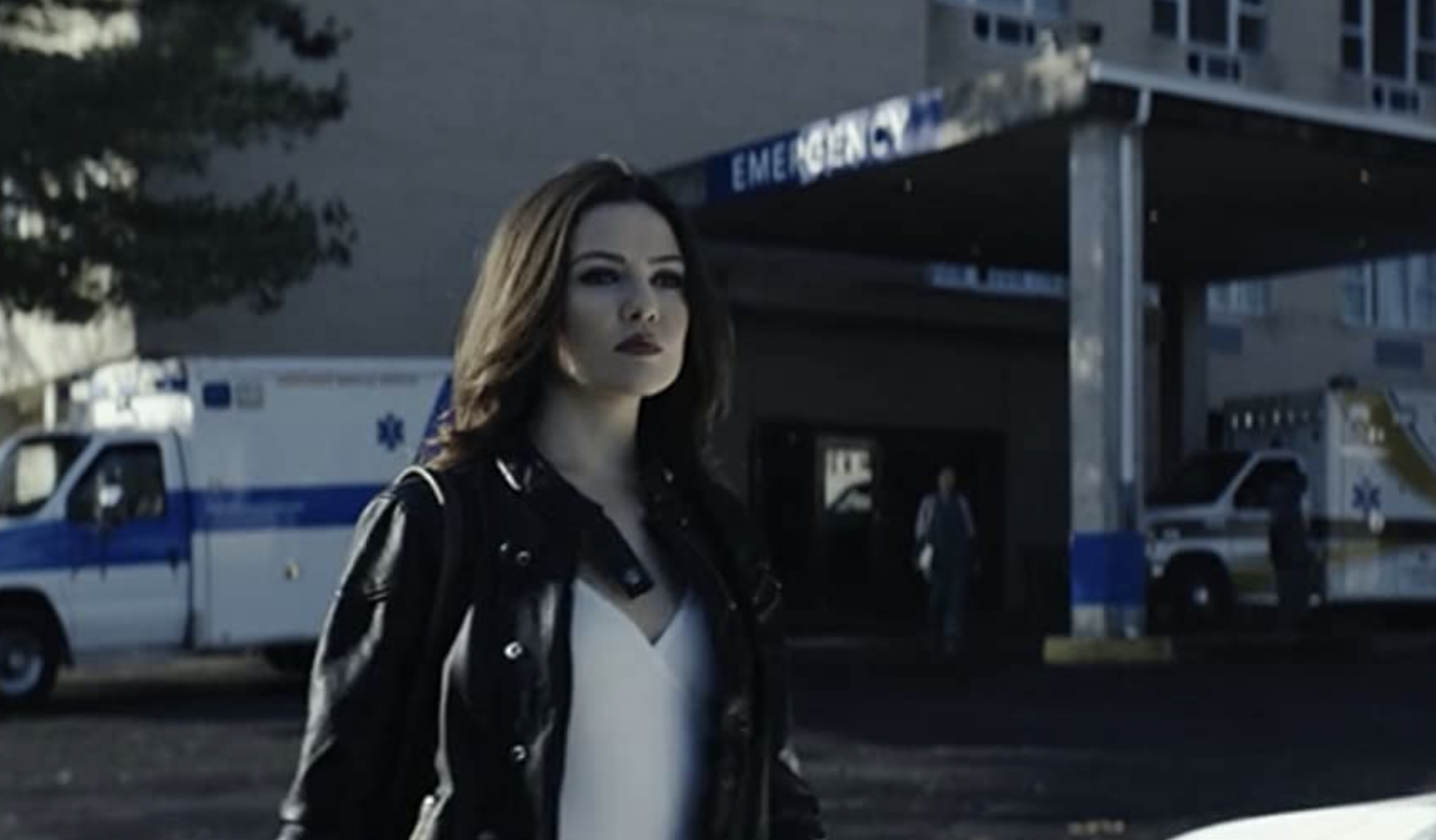 Not going to lie, while it was more realistic for Maddie to come clean about Tucker and even cling to that last remaining love for him, I was bummed. She didn’t end up killing Olivia herself, creating a dark and unique secret between her and Tucker. I was still hoping they’d get married in the end and have some strange and deranged marriage. There’s always that surprising one in the family you wouldn’t suspect of doing crazy shit like that and I totally thought it’d be her. Too bad.

However, my fluttering heart was beyond relieved about Beau making it through the explosive ending. Ash’s curse—well the family curse really—was endearing, but it made the entire story circulating Ash seem misleading. While her recovery was a main point, so was this bomber, but the bomber wasn’t even fully about her.

Simone finally stopped running. It feels so good to say that. That woman is faster than the roadrunner. And she gave Jackson faith, something he needed deeply. This is the sign of something magnificent starting and seeing that happy ending was magnificent. Definitely tossing a chef’s kiss in this direction. While the story was dark and tragic, there was light at the end of this tunnel.

The Pruitt, at the center of this season, really took a beating. With Maddie surviving a nutjob, Jackson getting saved by the princess, and Ash nearly losing Beau, it was a hell of a ride. Emotional with adrenaline-driven episodes, this season has outdone the previous one for sure. I especially think so with that cliffhanger of Olivia still being out there. I even felt a little bad for Tucker seeing as his motives were entirely different. They came across as more emotionally reasoned than Olivia. She was just thrilled that her experience has opened her up to being a future serial killer.

All in all, while I could nit-pick, this season finished rather abruptly but left room for each tale to keep going. As if the tales weren’t over and could keep going. Those endings are spectacular. You know the stories are heading for something brighter and it’s okay to let go of them at this point, especially since you already get an idea of how fairytales end.

While this show has finally run its course, what tales would you twist with darkness if there was a third season? Peter Pan? Rumpletstilksin? Snow White? Personally, I think a Peter Pan twist could be interesting yet devastating, even violent.

Let’s chat in the comments below! Don’t forget to follow us @capeandcastle on Twitter to keep up with other shows you love!