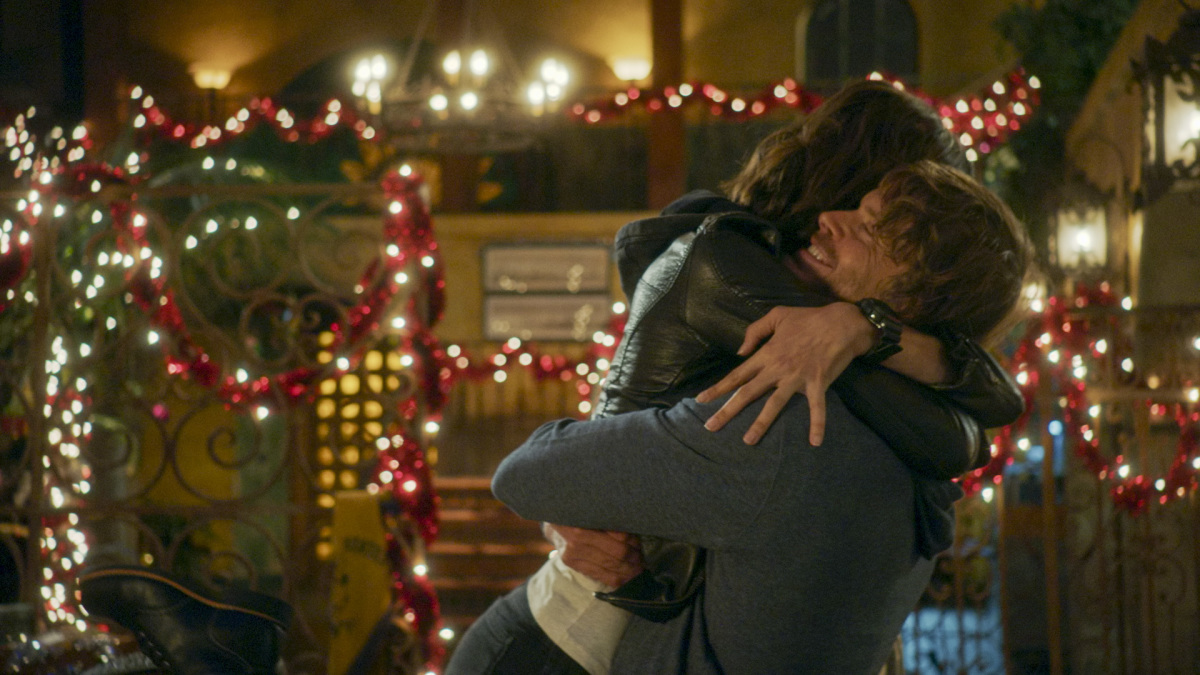 The holidays caught up to us! But we’re here to talk about the winter finale of NCIS: Los Angeles, in which we got to see a peek into Callen’s life in foster care. In this Christmas-themed episode, Callen’s foster brother and his wife are in need of help after being accused of smuggling drugs across the Mexican border. Another story finds Kensi and Deeks struggling in the wake of him losing his job with NCIS. Find out what happened in this special episode “If the Fates Allow.” 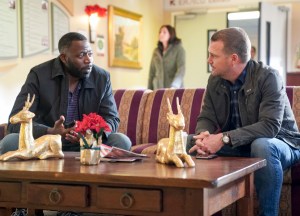 After going to a clinic in Mexico to see about getting a surgery that his wife desperately needs, Raymond Lewis is arrested on drug smuggling charges. The oxygen tanks they were provided were full of drugs, which he claimed to have no knowledge of. Callen is called in to assist him after Hetty pulls strings, knowing of their connection.

At first, Callen is only hesitant due to his history with Raymond. But when he learns his story, he offers to help. Raymond doesn’t recognize Callen at first but then realizes their connection. He is excited to see him and introduces him to his wife, Paula.

Even though Callen was worried their past would get in the way, Raymond clearly has always remembered Callen fondly. Callen felt guilty about an incident in his childhood that eventually got Raymond into trouble. But there is no animosity and judging by how quickly he is brought into their orbit, they will continue to remain in contact.

If the Fates Allow 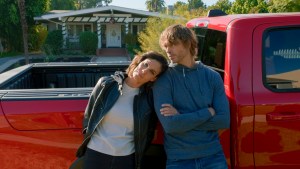 As Callen is aiding his friend, elsewhere on the team, Kensi and Deeks are moving forward with buying a home together. However, with having lost his job and a psychopath after Kensi, Deeks is not sure it’s a great idea. When they discover that Eric has come into money due to his tech work, Kensi wants Deeks to ask their friend for a loan. I have to say I did not expect this from Kensi, but it appears Deeks may go for it.

But when he finds out Eric plans on putting the money towards helping the homeless population, Deeks can’t find it in his heart to ask. We really do love the bond Eric and Deeks have, and seeing how Deeks cares for his friend even with everything going on in his life is a joy to see. 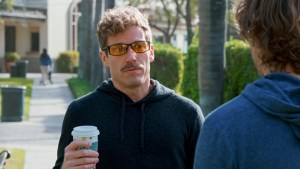 Eric comes to visit the team as a surprise, bringing them a better version of the program they use up in Ops. However, his bravado is brought back down a notch when it turns out he forgot to override the system to allow for a new system to come in. When they finally do get it up and running again, the new program helps them find the people who framed Raymond and Paula. The team is able to save them before they are put in any more danger.

It was great to see Eric again, although is he technically not with NCIS anymore? So how can he be up in Ops as well? Although considering he has connections due to his tech work, we can see how he is able to be semi part of the case and Deeks can’t. Maybe we’re still bitter about Deeks losing his job and seemingly being ostracized in the last episode. However, I get it. They were in a high stakes situation and Deeks could have compromised things. But we’re still bitter.

Speaking of returns, Sam gets a visit from his daughter Kamran, but things go south when she is hesitant about meeting his new girlfriend, Katherine. We totally get where she is coming from. It’s difficult to see your parent dating someone, especially after a loss that she suffered. But Katherine is understanding and reminds Sam to give her time. We approve of her advice and think eventually, Kamran will be ready given the time to process her own feelings. 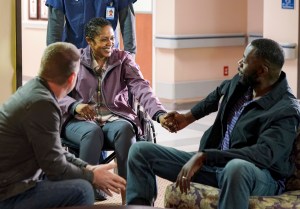 As it happens, Kensi and Deeks get their own Christmas miracle thanks to Hetty. She video calls them to let Deeks know he has been accepted into FLETC, despite his age. This will ensure he has a place with NCIS. Will he be a full-time agent? How will this impact his assignment once he makes it? And will they keep the bar or will he decide to let it go, as he has been contemplating?

We’ll find out what Deeks plans to do on Jan. 3, 2021. How do you think things will work out for Deeks? Make sure to follow us on social media to let us know and we’ll see you then! Tell us your thoughts on “If the Fates Allow.”