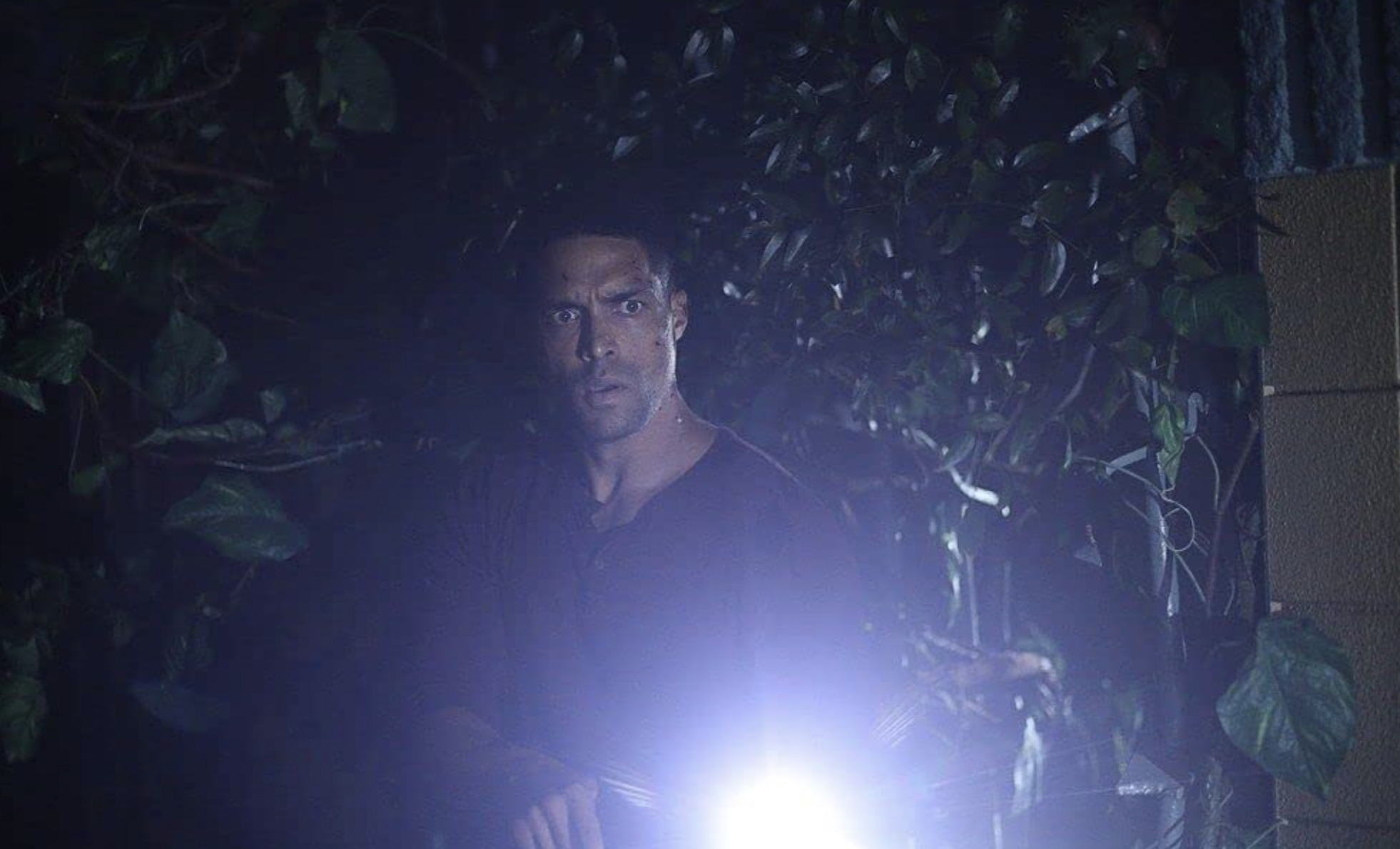 Last week, on Swamp Thing (review here), Swamp Thing was saved by Abby and Liz after Woodrue got his claws into his, looking to make a science project out of him. This caused a heartbreaking revelation that shook him and Abby to the core. Avery paid Maria a visit and sent her packing to a mental institution. This week, Swamp Thing makes a stand against those hunting him, Abby tried to stop Woodrue and his obsession with Swamp Thing’s DNA, and Avery ties up loose ends. 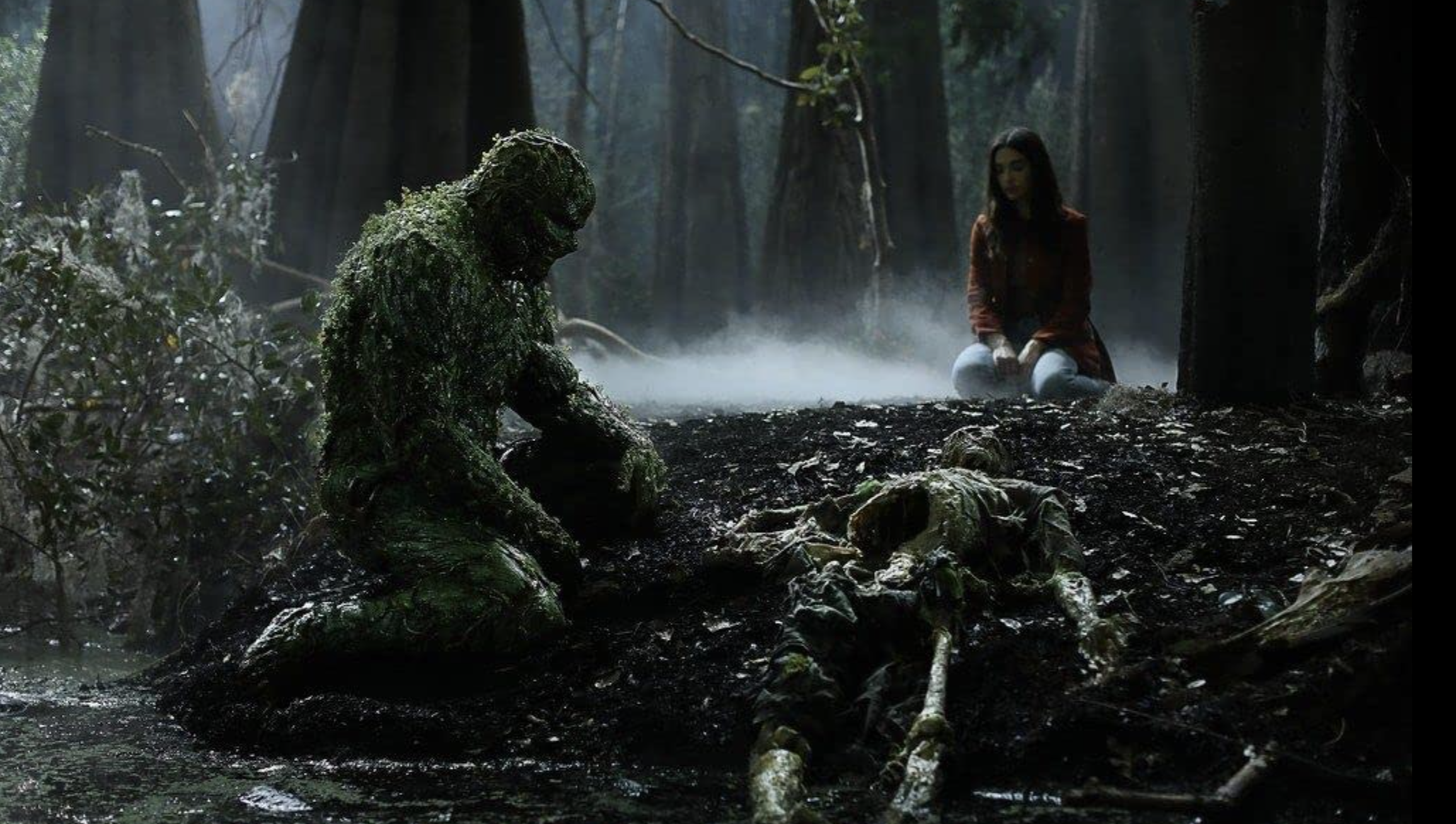 I Was Never Alec Holland

Swamp Thing (Derek Mears) and Abby (Crystal Reed) were still reeling from the discovery of Alec’s body. Swamp Thing is sure he was never Alec but just a thing born of The Green. Like Abby, we completely disagree. A part of him is still Alec. If anything, this is his rebirth.

Abby worried that she lost him the way she’s lost so many others in life, like Shawna. With Liz (Maria Sten), she is going to stop Avery and his dastardly plans for Marais and himself, starting with Maria (Virginia Madsen).

Meanwhile, Swamp Thing officially ended his feud with the mercenaries. Though, it was epic to get a cameo from Jake Busey (Starship Troopers, Stranger Things)! The mercs coming into the swamp was a bad move on their part, especially because they knew what he was. It was like they forgot!

After dealing with all of them, Swamp Thing came face to face with Nathan and told him that all he wanted was to be left alone. He let him go in order to tell others that if they came after him they’d end up dead too.

I got seriously wrapped up in my feels when Alec (Andy Bean) came to Swamp Thing and reminded him of Abby. That Swamp Thing shouldn’t give up on humanity and she was the one thing that kept them attached to it. As if to add to it, Abby came back to him, admitting that she cares about who is now just as much as then. She isn’t going anywhere.

Although stuck in Barclay, Maria was not alone in her padded room. The forces she toiled with at the beginning of the season in order to see Shawna again came back for her and haunted her. Madame Xanadu was able to reach out and offered a sense of peace, but it would also come at a cost.

Maria got to see her daughter, but it took her lucidity to the world away, leaving her without her sanity. All in all, Maria did get what she wanted. She got her daughter back. This felt like a door closing. Maria’s arc came full circle and if there was more coming with Swamp Thing I doubt we’d see her again, at least not for a long time anyway.

It felt the same with Daniel (Ian Ziering) as well, who was finally able to leave Marais and did so after confessing to Liz that he can hear the Blue Devil in his head and there’s so much out there in the world for him to do. He just wasn’t quite sure what. So, if we see him and Maria again, it won’t be for a while. My heart broke quite a bit since their storylines were my favorites aside from the main Swamp Thing/Abby story.

Avery (Will Patton) has lost control of his project and Lucilia (Jennifer Beals) nearly lost Matt (Henderson Wade) due to drunk driving. The two collided at the hospital where Matt was fighting for his life. Avery tried to play Lucilia, telling her that with Maria committed, the two of them and Matt could be a family. Of course, because she’s smart, she saw through his bullshit.

However, when Matt finally awoke from his mini-coma he and his mother were able to heal from their mistakes. Sadly, the gratifying moment was squashed when Lucilia left to go get fresh clothes for Matt and Avery was waiting in the back seat of her cruiser and stabbed her.

His plan to eliminate her, whether to try and get to Matt or just to get rid of another problem, he coughed up some swamp. Could a transformation be taking place inside of him? 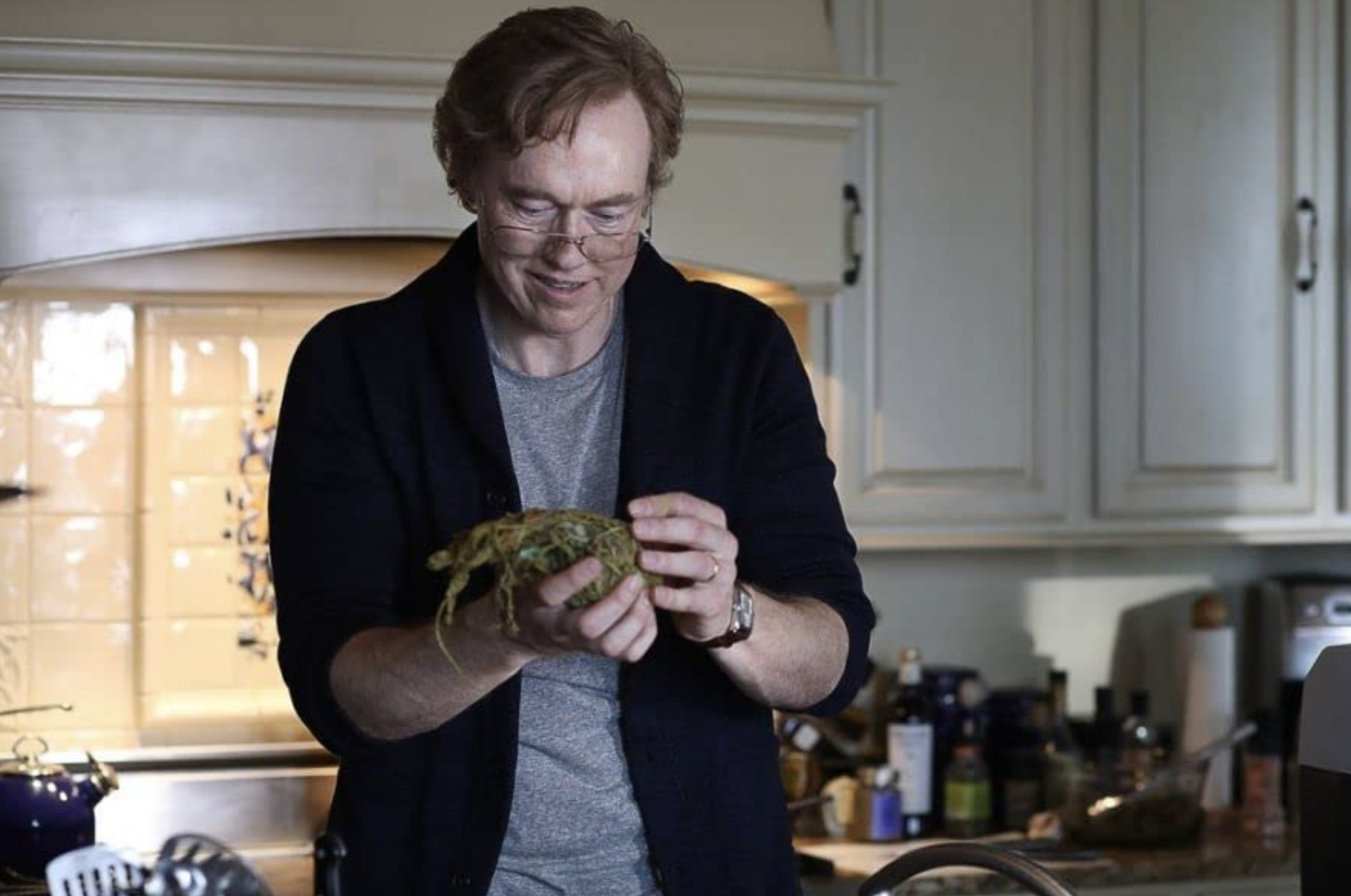 After his wife overdosed, Woodrue (Kevin Durand) planned to use the organs he harvested from Swamp Thing to find a way to help her. We all know that when one plays God like this it never ends well.

Before allowing his wife to take in the properties of Swamp Thing’s organs, he tested it for himself. The results were horrifying. Having taken on some of Swamp Thing’s abilities, Abby walked in on him. Immediately wanting to help Mrs. Woodrue, she was instead tied to a chair. Woodrue, amid his obsession, believed he could only save his wife. In reality, he was the danger to her.

Luck found Abby and Mrs. Woodrue before things got too out of control. The police captured Woodrue and toted him away, which gave Mrs. Woodrue a real chance to get help.

It was in the final moments of the episode, leaving everybody hanging, that the Floronic Man was unleashed, but on poor Matt who only came to grab a few things. Whether he survived the attack from the former scientist, I have no clue. This is only one example of why this series needs to continue!

This has been a crazy ride with powerful performances and stunning visuals and settings, and phenomenal writing. It’s been an absolutely magnificent season. How do you feel about the finale?

Let’s chat about it in the comments below and don’t forget to follow us @capeandcastle on Twitter to keep up with other shows you love!