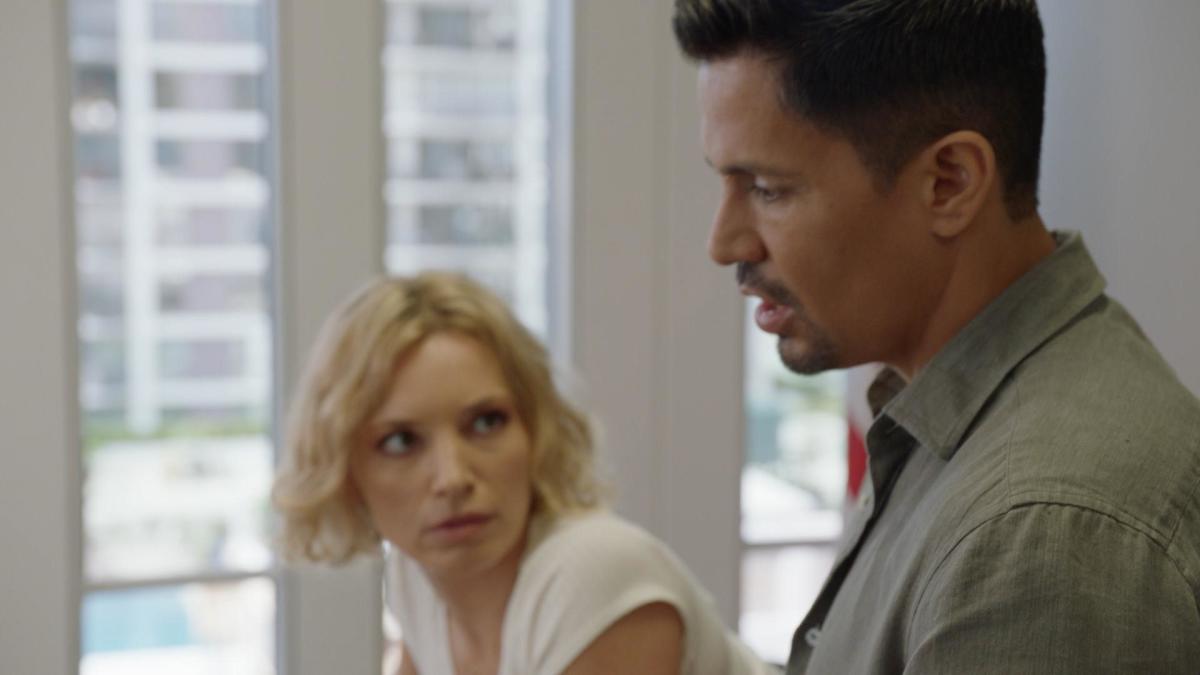 We are just so over Juliet and Ethan. Sorry, we just had to say that and get it out of the way. But we are glad that this episode seems to have dealt with all of Higgins’ green card issues! At least, we hope so! Though it sucked that our team once again had to be in danger to achieve it. But they kicked some serious ass along the way and we’re going to hope they get to take at least a little bit of a break before their next close call or dangerous situation. Is that too much to ask for? Probably. We have to admit that we did enjoy the hell out of this episode! So keep reading for our Magnum PI 3×03 review!

We couldn’t resist laughing at the story Juliet, Thomas and TC were trying to spin to get out of their green card ruse they tried to pull not so long ago. While the story could have been kind of believable, we aren’t surprised that the man they spoke to didn’t seem too inclined to believe their situation. We still say that none of this would have happened if Juliet had just married Magnum like they originally planned. She wouldn’t be his boss and they could have maintained the fun relationship and bond they were developing at the end of the last season. Just saying. They should have figured that someone was going to find the application of two marriage certificates to the same woman a little strange. Especially so close to one another and with the fact that there ended up being no weddings. 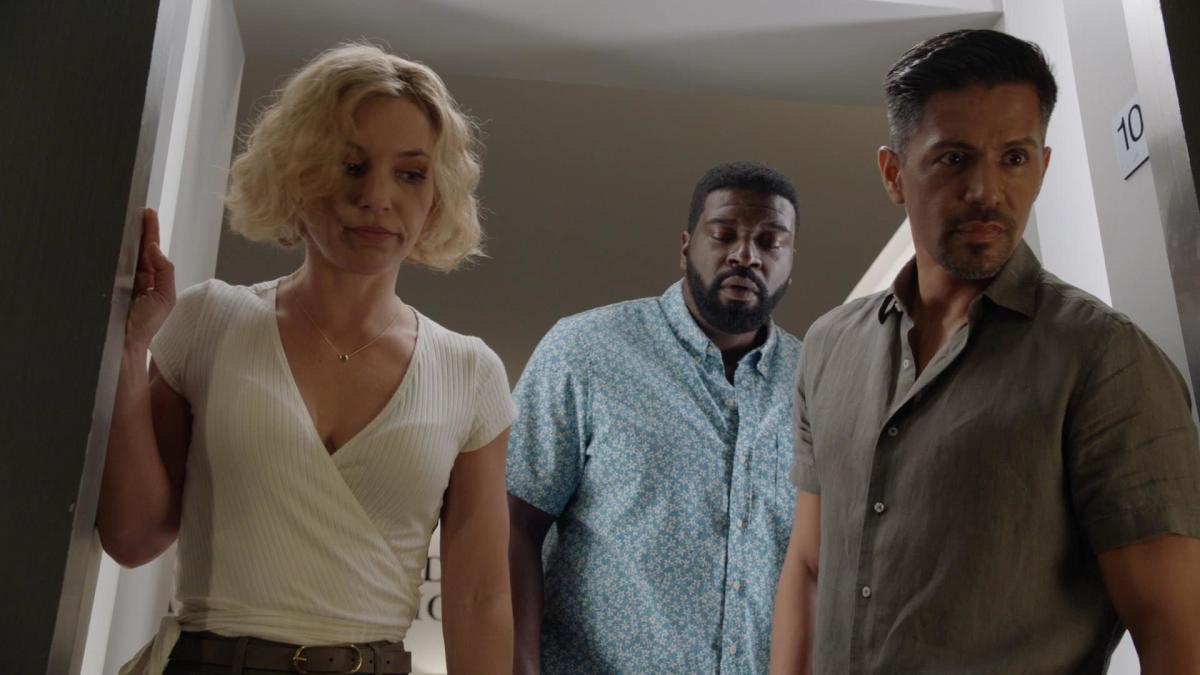 But we were glad that these three were in the building when it was held up. Because they were definitely everyone’s best chance of getting out of there unscathed. Plus, it earned them the major bonus points they needed to get away with their little green card ruse. You know they were about to get into some major trouble for that one. And we aren’t sure how they would have found their way out of it otherwise. Except maybe if Juliet had married Magnum in the first place. We know, we know. Sorry. We will do our best not to bring it up again. Even if we know we’re right.

It’s been clear for a while that Magnum’s feelings for Juliet are growing way beyond friends and partners. There are some serious romantic undertones coming from him. Undertones that became glaringly obvious when he offered to marry Higgins so that she wouldn’t have to leave. Add in the fact that he was genuinely upset that she decided not to marry him after all and sprinkle in a bit of jealousy when he thought she was going to marry TC. What you’re left with is one seriously lovesick Thomas Magnum. We said what we said and we are going to stand by that.

Why are we so set on things happening between these two? Well, besides the past two seasons, this season has given us some major romantic hints. Is it because we see romance everywhere and really want to see these two together? Possibly. But the way Magnum acted when Juliet got shot was a huge clue that his feelings went deeper than he’s spoken before. Then he was clearly jealous of her new doctor friend. In the last episode we had Magnum taking care of Higgins after their plane went down. And now? We had Magnum keeping track of how many dates Juliet has been on with her new boyfriend and watching her intently when she isn’t looking. That’s a recipe for love in our opinion.

To the Rescue Again

This time around, TC was stuck in the dangerous situation with Magnum and Juliet. But our team handled things like the badass bosses they are. Though we were happy they had Katsumoto and Rick outside. Because we all know this squad can always use backup. But Magnum and the others had things pretty well taken care of, especially with their little switcheroo routine. We’re just glad to see that everything worked out and it was a different kind of episode when a case wasn’t involved. But can we point out that we would really like for Higgins and Magnum to get back on the same page? Because we did not like watching Juliet act like Magnum hasn’t done everything in his power to keep her with him. Which should also tell her something if she would take some time to think about it. Again, just saying. 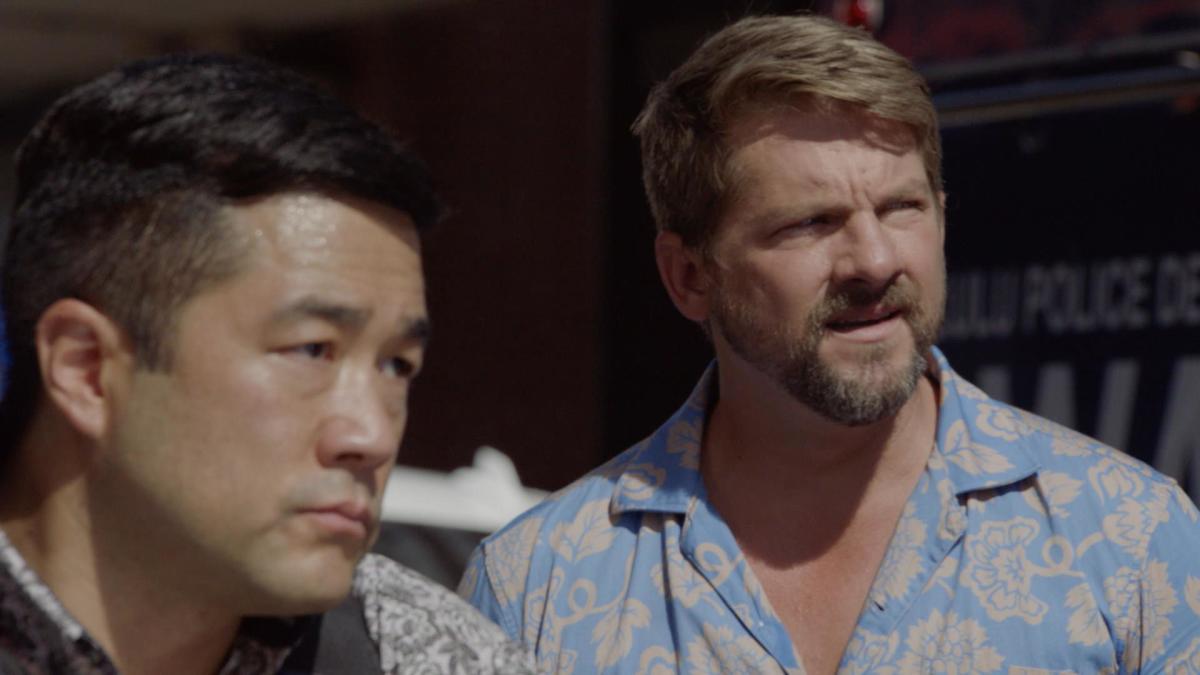 What did you think of Magnum PI 3×03? Do you agree that Magnum’s feelings for Juliet have become romantic? Do you think that he is ever going to tell her how he feels? Or is he just going to keep being jealous of every relationship Juliet has from now on? Did you like the way TC and the others handled the hostage situation? Do you wish that Rick and Gordon had been able to play a bigger part in it all? Or did you like the trio taking the lead? Do you think we’re done dealing with Juliet’s green card issues? What do you think is going to happen between her and Ethan? Find and follow us on Twitter @capeandcastle to share all of your thoughts with us! Be sure to also check out our site for more articles, quizzes, podcasts, and more on all things Disney and beyond!