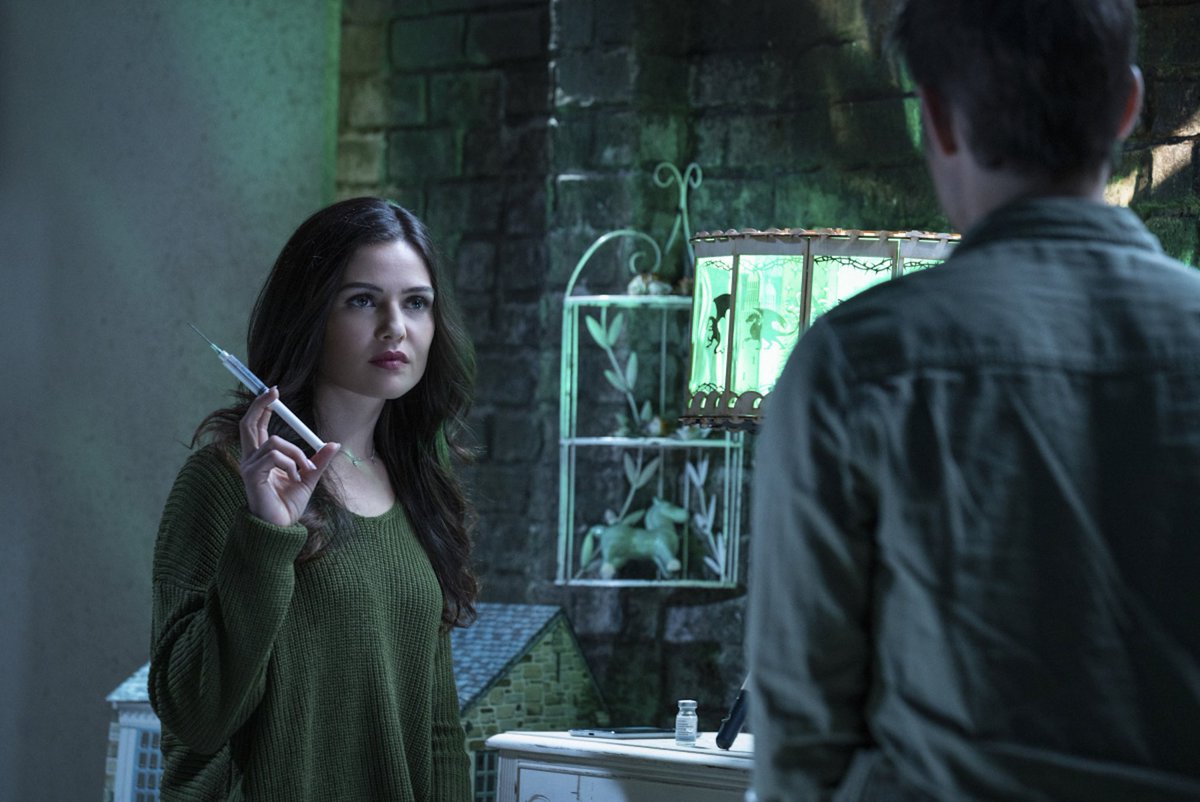 It’s the beginning of the end for Tell Me A Story.

Last week on TMAS (review here), Olivia had some me-time with Tucker locked up in the basement with his own past lingering to the surface. Simone threw Jackson’s mistakes in his face and ran off, leaving him in a dangerous downward spiral. Ash and Beau were forced to reckon with the public eye and face that they deeply care about one another.

This week, all three tales collide in a mix of scheming, heartache, deceit, and recovery. Will there be a happy ending for any of them?

Prick Your Thumb on the Spindle

Olivia (Danielle Campbell) visited Tucker (Paul Wesley) once more after her stalker session with Maddie (Odette Annable). She was curious to know what made Maddie special enough that he wanted to marry her. A dash of humanity flashed through anger in Tucker when she revealed that she’d kill Maddie, especially if he didn’t take the same sedative he gave her. When he took his shot to kill her he wasn’t as lucky she was and wound up sedated anyway and had horrifying nightmares. Of course, it’s debatable about how much of this he deserves.

Though he loves Maddie deeply and would never harm her, he did kill two other girls after kidnapping them. Then he kidnapped Olivia who is taking some satisfying justice and turning it into a hunt. All in all, it’s a draw. He did some dark and horrible things. He’s now paying for it.

Still, the nightmares, giving way to Tucker’s tragic childhood of losing his twin sister Anna and then being blamed for it and succumbing to the emptiness of losing his other half.  The mental breakdown and the fact that his parents went on to neglect him, showing they loved Anna more than he was distressingly sad. Does it go on to excuse him of his actions? Hell no. But it does explain his actions and even his sleeping problems. You know what they say about dreaming. It’s where you try to work out the issues that you refuse to while awake, even the ones you don’t even realize are issues. And Tucker has a lot of issues. Can you imagine what Olivia’s dreams would be like?

Locked in the Tower

Maddie still got embroiled in Tucker’s mess as she came looking around his writer’s getaway for answers about Brendan’s disappearance and found Olivia. I wasn’t shocked as it seemed right from the get-go that Olivia was toying with Maddie. What was a letdown was how easily she was deceived. Maddie is incredibly smart and perceptive. She should’ve suspected something. Hell, Brendan suspected something was up! Then again, look where he ended up.

Personally, I’m feeling like the major twist will come with Maddie. I can’t imagine what it may be. Will she be Tucker’s prince charming and rescue him from the evil bitch—I mean witch, Olivia? Or will she leave him to rot? Maybe get rid of both of them? There are so many theories, but I was really hoping for more out of the interaction between Olivia and Maddie. 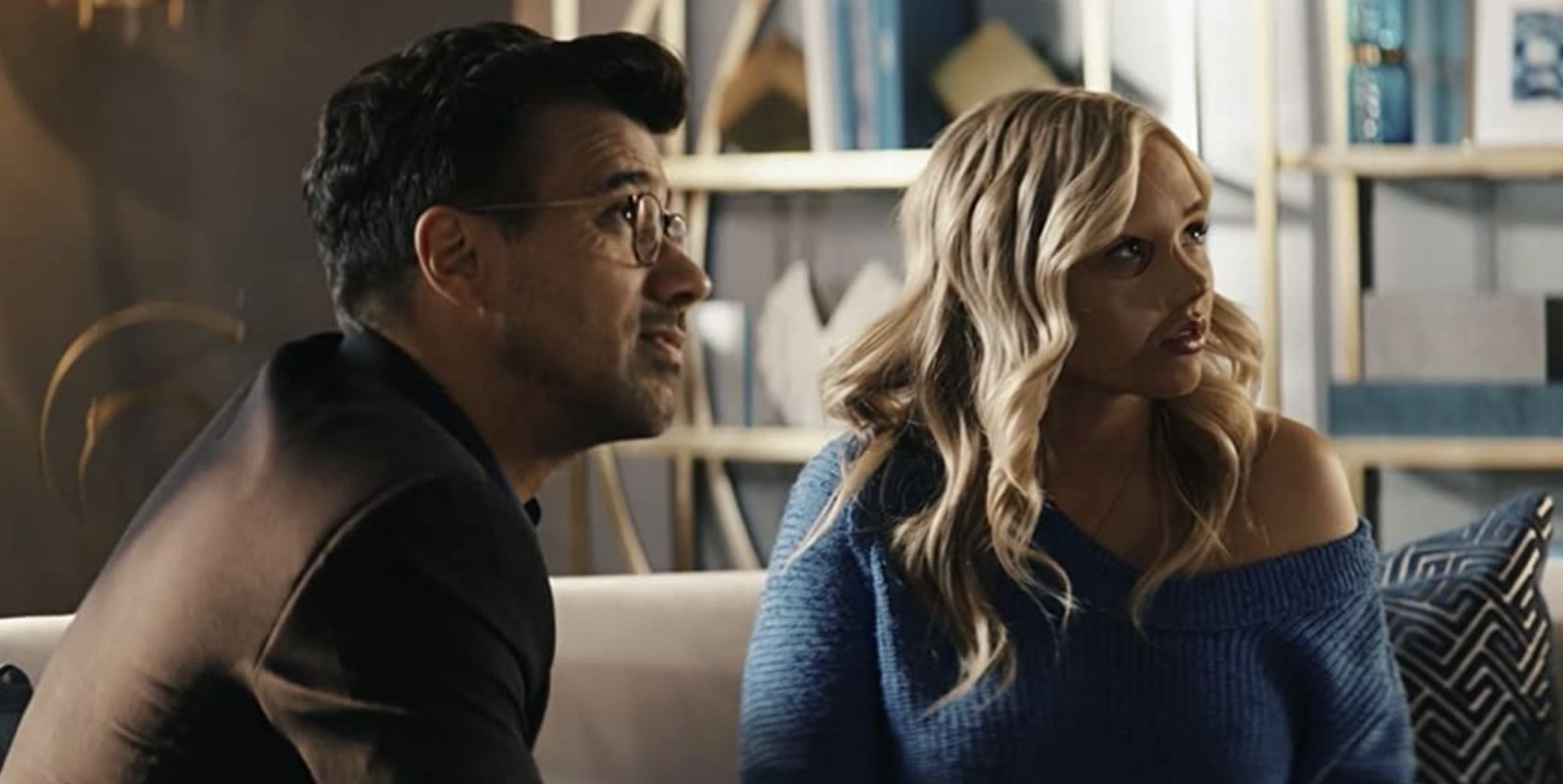 Ash (Natalie Alyn Lind) decided to get back into her career, ready to prove to those who have suffered from burns like her and others who try to break her that she will rise above. Surprisingly, her mother disagreed as did Beau (Eka Darville). With her bomber still out there, this seemed like a bad idea. This is such a positive way to want to get back to her life and I couldn’t be more thrilled for her. However, the backlash of this could be horrendous if the bomber comes out to make another move. Also, if she was truly ready, I feel like she’d also be ready to remove her protective mask, especially since she was cleared to do so.

When Beau told her that he was cleared to return to his job as a cop, it solidified her position about returning to performing, if only out of spite and an attempt to distance herself from him once again. Still, the danger wasn’t over and seemed to take a twist where not only Ash but Beau, too, was in danger. Not only was there another delivery from the bomber: two dead lovebirds, but Beau was hit by a car driven by the bomber. Later, it was revealed to be Taylor, the girlfriend that Beau questioned back in episode 6. Having an entire wall dedicated not only to her obsession and hatred for Ash-like superfan Matt-but also her entire family, I wonder what sparked all of this?

Not only was the future of Beau and Ash tossed up into the air again, but so were their lives. 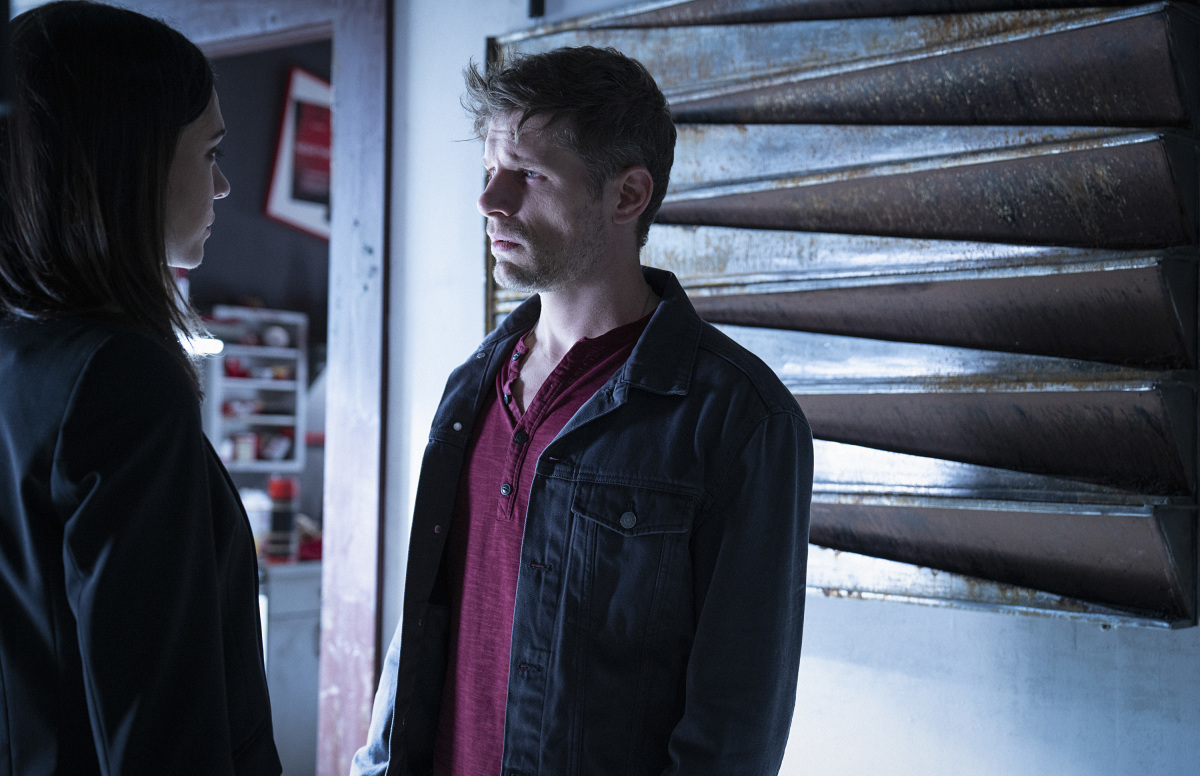 Simone (Ashley Madekwe) still made an effort to show solidarity in Veronica’s (Garcelle Beauvais) home, giving her the opportunity to get the answers she wanted by being on the inside of the Garland family in which she succeeded. Maddie stepped in to check in on Jackson (Matt Laurie) and feel apart, revealing her wedding with Tucker was off. The scene between the two really gave Jackson a moment to realize that his family needs him. 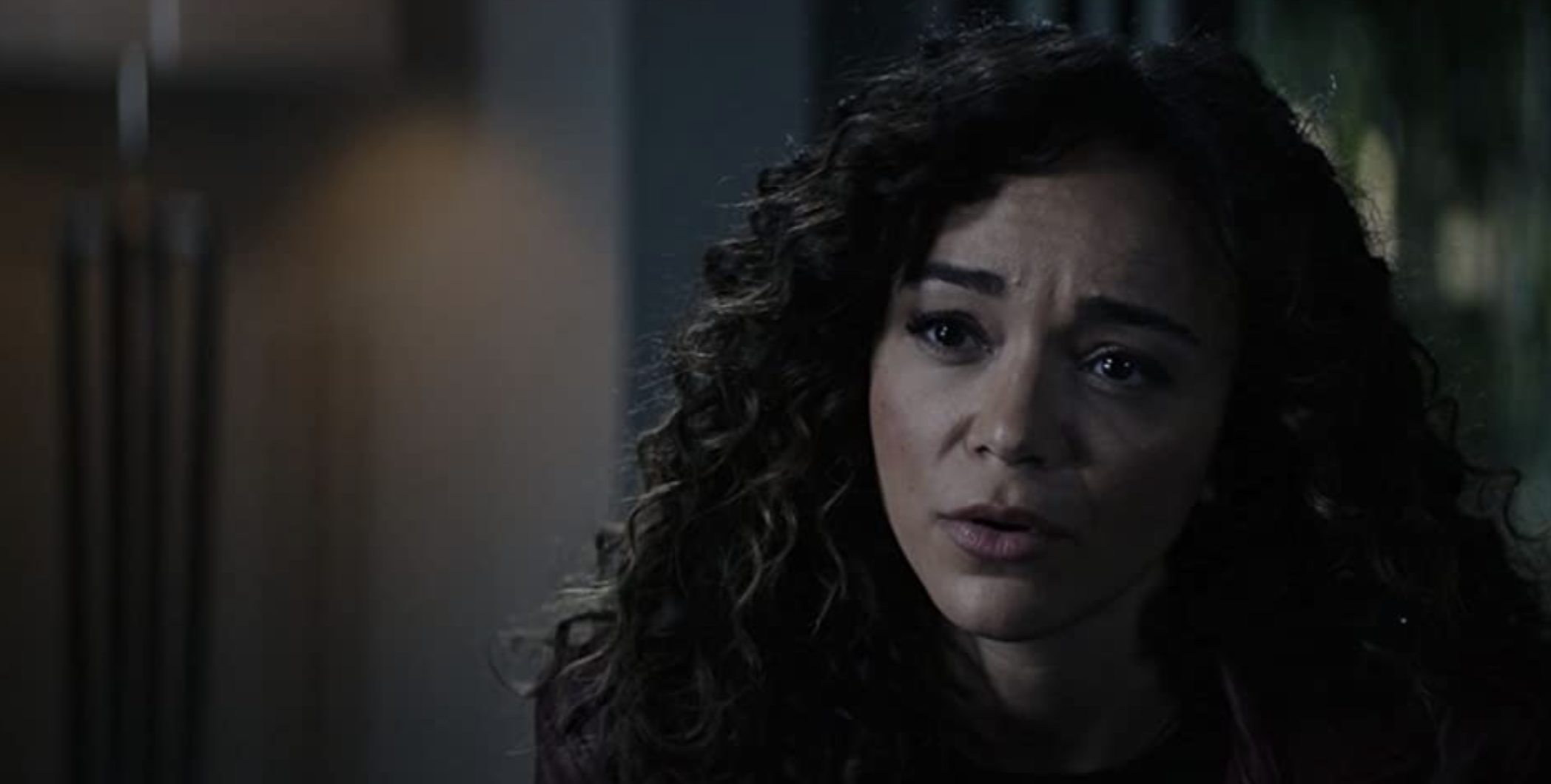 It’s no surprise that Simone and Veronica aren’t truly getting on so closely. However, the respect shown between them is a thin veil. Simone looked for answers from clay, the man that Veronica was sleeping with behind her father’s back. After getting a few answers and confirmation that the trust had been changed the man wound up dead from falling to his death? That left a brand-new question. Did he jump or was he pushed? After Cora being murdered, I’m thinking pushed.

Jackson finally went to an AA meeting. This time seemed more than a fleeting attempt for him. He was ready to take back his life and I hope he gets a second chance to fix things with his family and maybe regain his place next to Ash once again, playing lead guitar as she returns to the spotlight.

If anything, tonight has proven that both Jackson and Simone have changed the game for themselves. While Simone hasn’t changed her goal, she has changed how she goes about it. Still, the stakes are pretty high. Jackson seems to be taking his recovery much more seriously than before, possibly proving that a broken prince can be fixed.

The title of this week’s episode really nailed each tale on the head. Though Tucker suffered through some seriously horrible nightmares that brought his past to the forefront, Ash was ready to return to her dream of performing as Beau was to his job as a cop, and Simone and Jackson were utterly restless. Still, all three tales fully collide as the season nears its end. Maddie and Jackson laid everything out on the table with their heart-to-heart and Olivia inserted herself into Tucker’s life with Maddie by “hiring” her.

The twists this week were more shocking than devastating this week. However, I found that the episode jumped around too much and was all over the place. Of course, that happens when you have multiple storylines crossing over each other, but I felt more jumbled as the characters’ individual plights and ambitions pushed and pulled with one another. The only thing I can gather from this is that whenever everything fully comes together, it’ll be explosive. More so than what I’ve already encountered so far.

What did you think of this week’s episode? Let’s chat about it in the comments below and don’t forget to follow us @capeandcastle on Twitter to keep up with other shows you love!