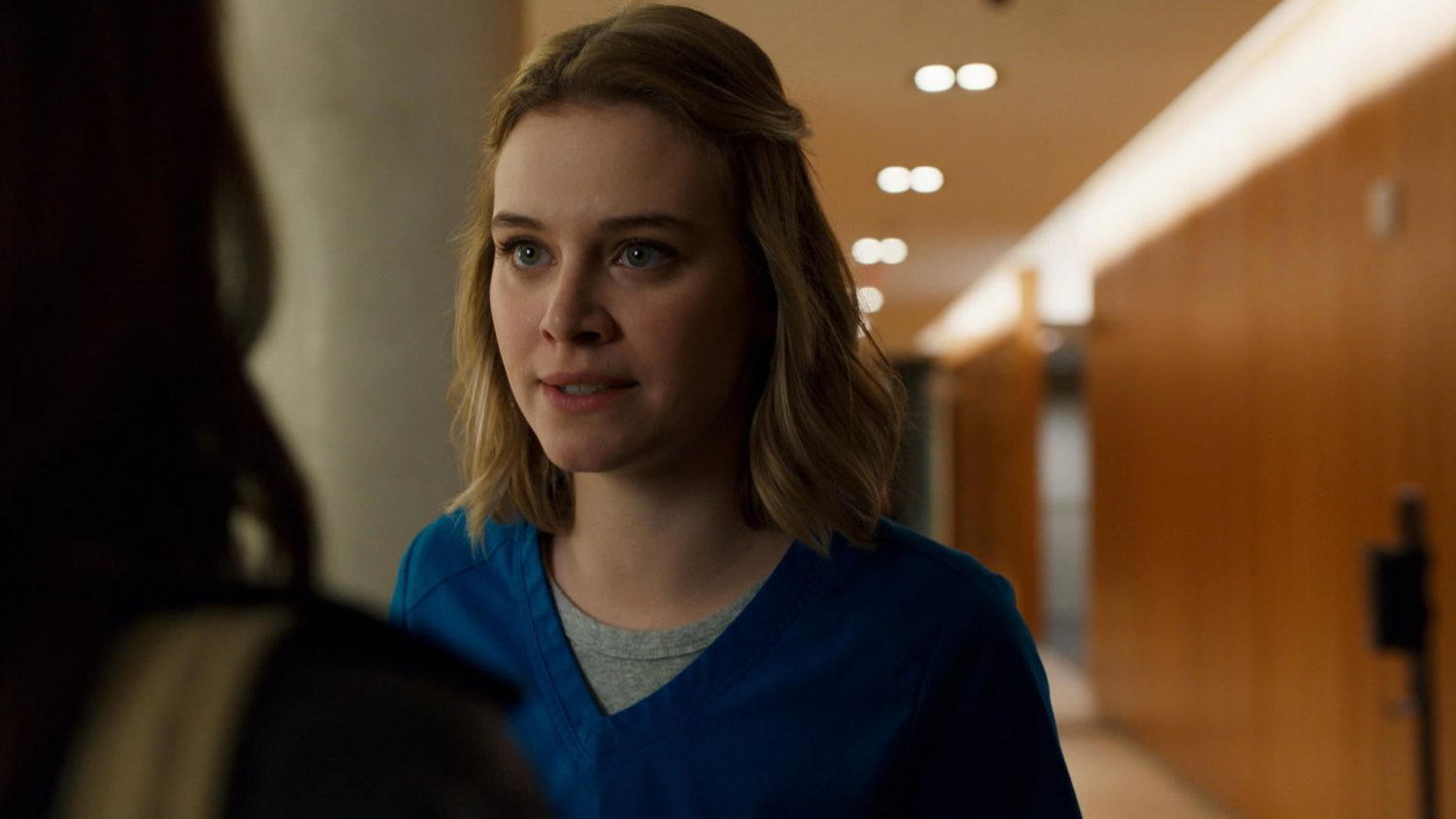 If you couldn’t tell by the title, this episode was all about secrets. We have yet to meet a television character that doesn’t have any secrets. But when it comes to characters who are based in a hospital? Yeah, that can be a real problem. But there was a lot more than just secrets at play in the latest episode! We learned that Grace was fired from the General and it had us more than a little curious. But we are glad to have her here. We also got to learn a bit more about Keon’s past and what led to him being a nurse! So keep reading for our Nurses 1×02 review!

From the moment we found out that Grace had a relationship going on with a taken man, we weren’t into it. We had zero interest in the hows or whys of the situation. Because we have seen this enough times to know that it never ends well. Plus, it was easy not to care about that joke of a relationship when we had Evan around. Come on! This show really wasn’t wasting any time when it came to something developing between these two. We can’t be the only ones that see it? Right? Even if we are, it doesn’t matter. We have named ourselves captains of this ship and there is no going back for us now. 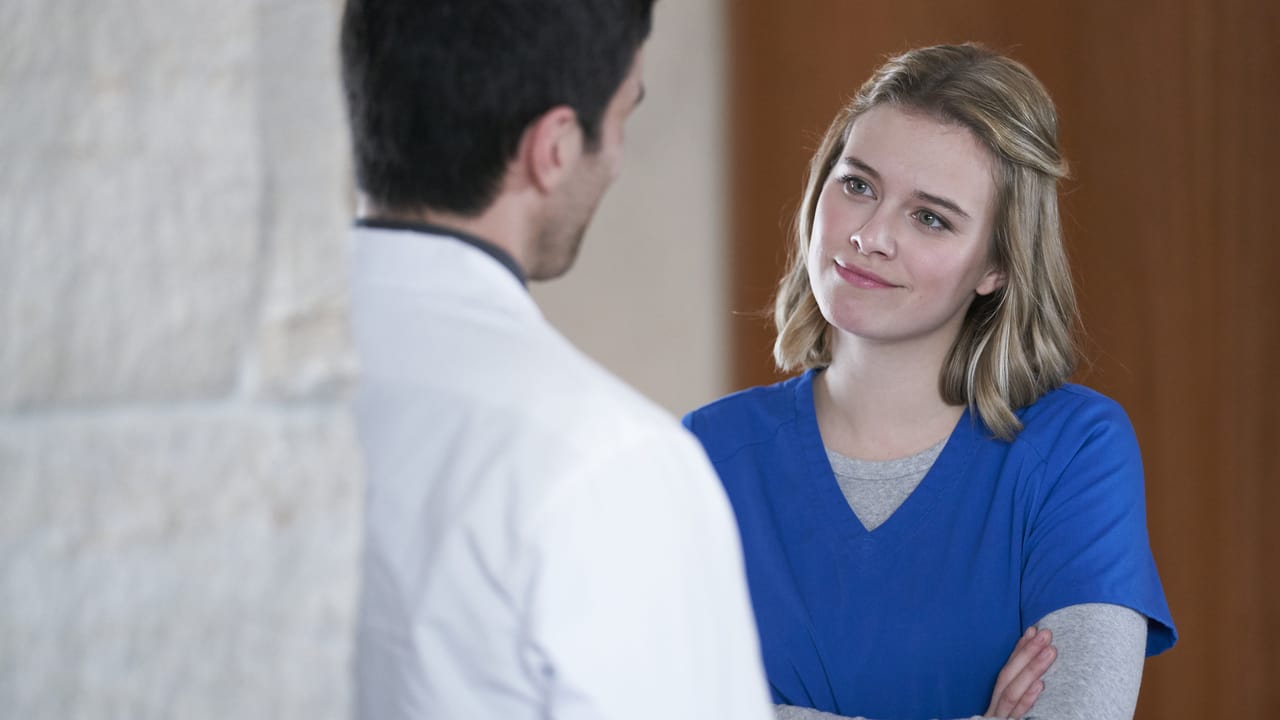 The way that Grace and Evan smile at each other and always seem to manage to find their way to one another around the hospital. Honestly, every time one of them turns around, the other one is there. Not that we don’t like it. Because we absolutely do. They haven’t known each other long but they are already comforting each other and supporting one another. But we need Grace to just call it quits with this other dude and pursue whatever is happening with Evan. Are we the only ones that caught the way Grace stroked his arm? No? We didn’t think so. Hopeless romantics or not, we would have to be blind not to see that these two should get together. And we’re going to stand by that.

Naz got to be Sinead’s assistant and at first, we thought it seemed to be going great. But then she was projectile vomited on and we were cringing for her. But then she got into trouble for not cleaning up the mess afterward. And while she seemed to have a pretty good reason for why she didn’t do as Sinead asked, the head nurse wasn’t impressed. Which we kind of can’t blame her for. There are messy parts to every job in a hospital and while no one is going to enjoy cleaning them up, the responsibilities sometimes fall on everyone. Naz should have done as Sinead asked. Then she made it worse by paging someone else to constantly change her beds and do many of her duties for her. But Sinead made us love her a bit more by teaching Naz how to do all those things.

Keon got put with Doctor Banks and again, we could be looking too deeply into things. But there seems to be a connection happening between those two as well. When it came to his patients, Keon was able to see an old college buddy. And we got to learn a bit more about where he came from and how he came to be who he is. What he experienced couldn’t have been easy for him. But we think he makes for a damn good nurse. And it’s clear that he still feels a lot of guilt over what happened to the player he tackled the last time he played football. While what happened is utterly terrible, we are pretty proud of Keon for allowing what happened to lead him to become a nurse.

We’re in episode two and Ashley was still being a raging bitch. We excused her in the first episode because tensions were high and Grace’s patient was a psychopath. But this time around? It seemed like it came from jealousy and that was a look that didn’t work well for Ashley. We don’t really give a shit if Grace was fired from General. That’s her business, not Ashley’s. And at this point, we aren’t fans of hers. We’re team Grace. Regardless of where she’s come from and how she ended up here, Grace is clearly skilled. She knows what she’s doing and is an absolutely incredible nurse. She showed her skills in this episode impressively. While everyone makes mistakes, anyone in the medical field is judged much harsher when they make them. Not only did Grace make a mistake, but she owned up to it. Lost her job in order to save the patient. And that mistake was a direct consequence of being assaulted by her former chief of surgery. 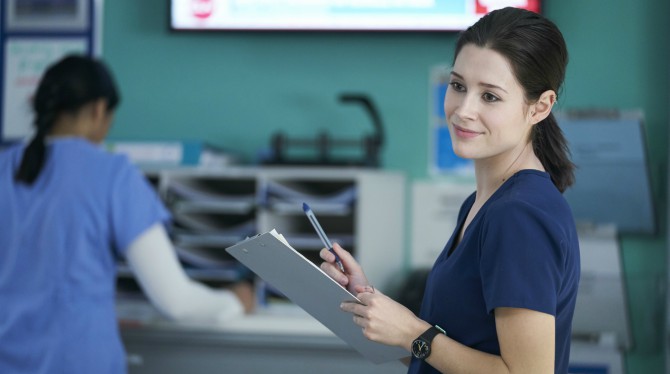 What did you think of Nurses 1×02? Do you see something happening between Grace and Evan? Should they get together? What about a connection between Keon and Doctor Banks? And what do you think about the way Ashley was treating Grace and talking about her to Wolf? Do you think it’s her business about Grace’s past? Or were her actions stemming from jealousy? What did you think about Wolf and Naz’s assignments in this episode? Find and follow us on Twitter @capeandcastle to discuss all things Nurses and let us know your thoughts on this episode! Be sure to check out our site for more articles on all things Disney and beyond!