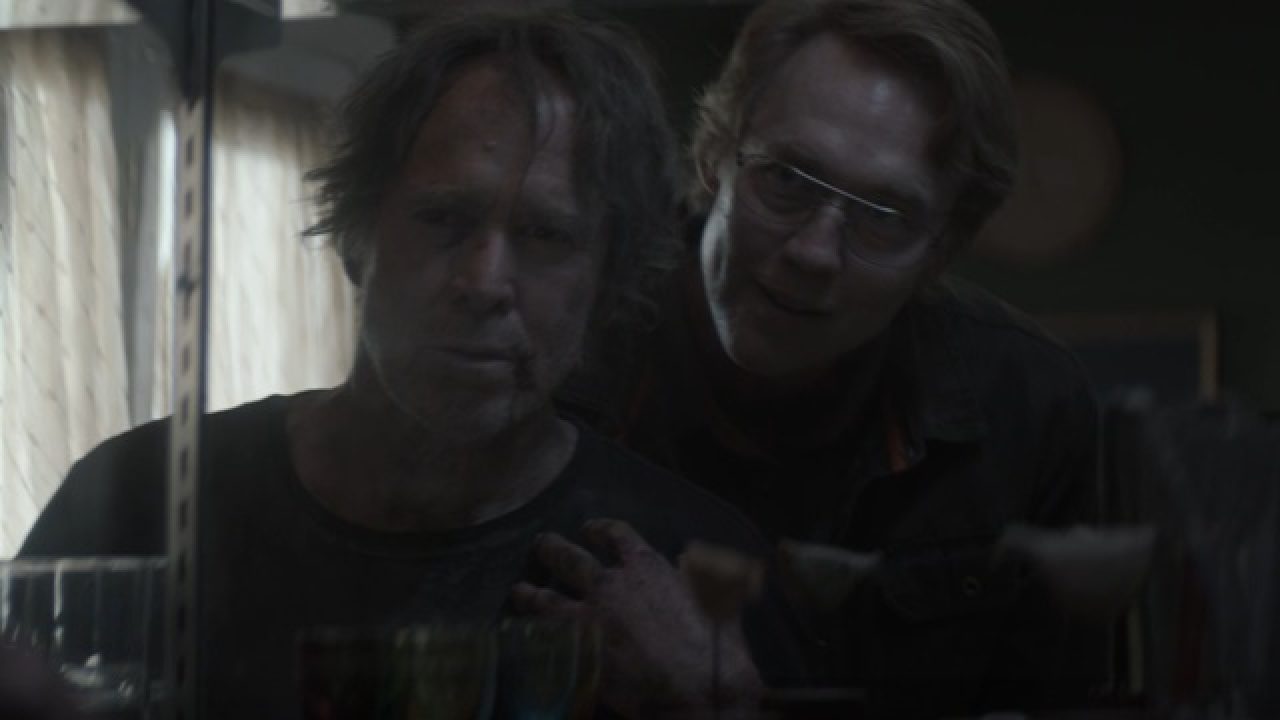 In the last episode of Swamp Thing (review here), Abby got too close to the Rot and Swamp Thing decided he didn’t want her trying to help him anymore. Maria and Lucille conspired against Avery, leaving him to die in the swamp. In the latest episode, Abby is determined to learn more about the Rot, but her resources slip away. Avery suffers while trying to survive the swamp.

Even the Swamp Hates You

Avery was still suffering where we left him last, out in the swamp, and to our pleasure, he’s also hallucinating. I know a lot of folks wish he would just bite the dust, but then we wouldn’t get to witness this drawn-out torture he deserves. Even the swamp had a bone to pick and even got rid of whatever markers he left behind to keep from getting lost.

“I think this swamp hates you more than I do.” – Lucilia

The swamp definitely made its feelings known with a horrifying hallucination of Lucille. The sprouting gore of swamp vines from her face not only scared the crap out of Avery but me too! This was a moment that not only proved that the swamp can be beautiful in its own ecological way but scary as hell, too, especially when it comes to protecting itself.

Yet, there was a sad reveal when Avery hallucinates the time he lost his father. Out in the swamp as a kid, and the man tried to take down a tree deemed sacred. The swamp, not liking it, yanked the cruel man into the campfire only a few feet away and that was that. What struck me the most about this vivid flashback was how similar Avery has become to his wretched father who took what he wanted without asking and always threatening. Sure, Avery is sneakier and manipulative, but the apple hasn’t fallen far from the tree.

When Avery finally came face to face with Swamp Thing and what he’d done to Alec, it was stunning. It was a stunning and stellar moment of humanity between two beings that barely register as human anymore. Avery because of his dark deeds turning him into a monster and Swamp Thing for no longer being human in general.

Matt is still struggling after what he has taken part in: killing Alec, meeting Swamp Thing, and trying to kill Avery. Lucilia tried to reach out and she really shouldn’t have. This is a time to leave the man alone to come to terms with the shit-bombs that have landed on him.

This puts Matt at a crossroads. He has an opportunity to rise above but could also sink down into the dark depths that much of Marais has been pulled under. I’m hoping in the long run that he will rise above. Abby needs all of the help she can get, though Matt needs to come clean with her about Alec. And Marais deserves to find true law and order and justice where the sheriff has left it a mess. This is a defining moment. Don’t screw it up, Matt. 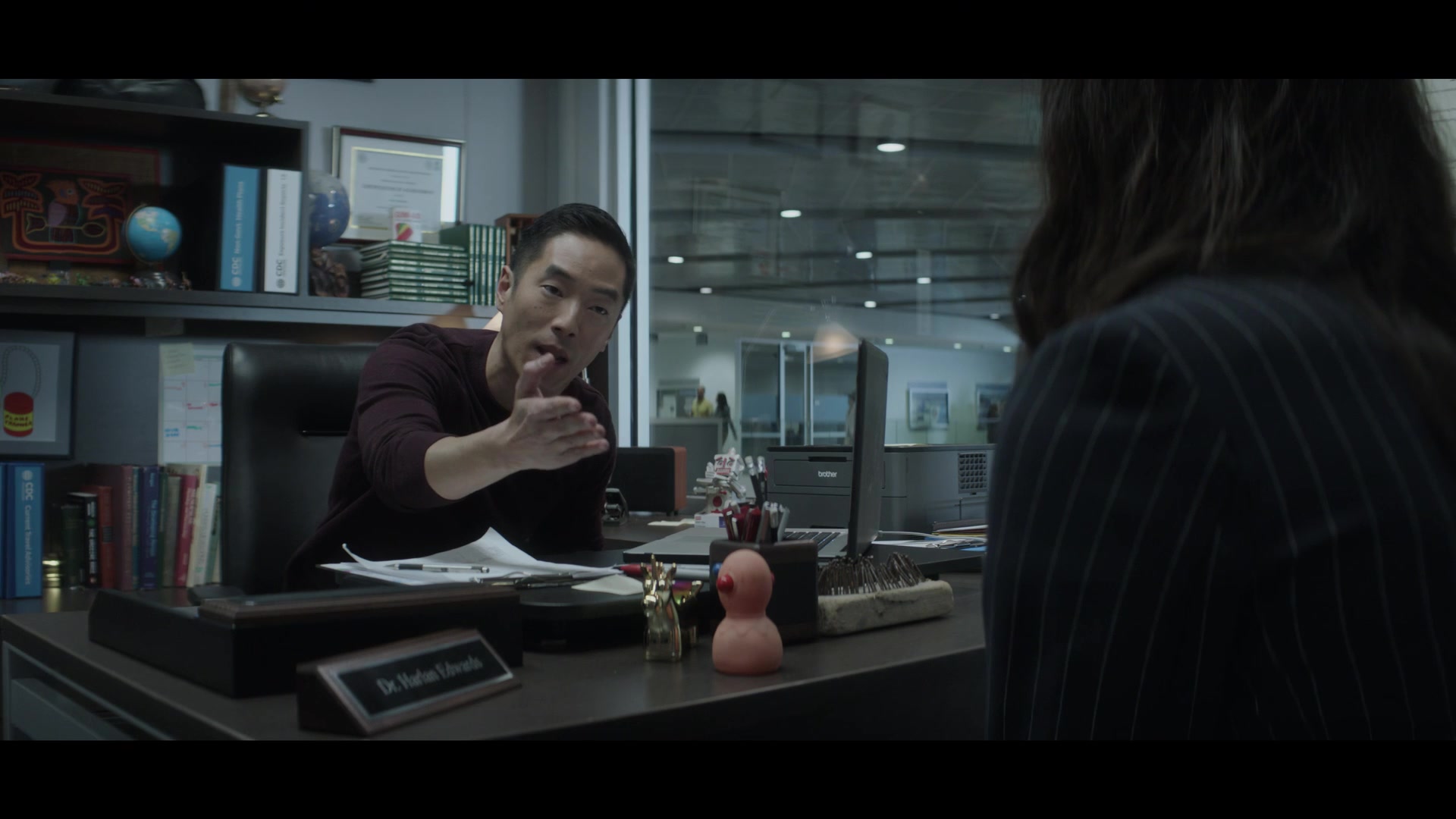 Abby is reunited with her best mate, Harlan when she gets back to the CDC and we couldn’t be more thrilled. What I wasn’t too keen on was the new head-bitch in charge that kept Abby from moving forward with her research on the Rot. Still, we give a major shout-out to the star, Adrienne Barbeau, of the original film making a cameo!

Still, even Harlan is struggling to connect with Abby after her return. If she’d just laid it all out there for him I’m sure he would’ve helped, but Abby backed out, deciding to continue on her own. Not the safest choice if I’m being honest. She needs help and Woodrue is not her guy, Harlan is. And Harlan showing up on her doorstep with pizza and beer to make up.

Though she still believed Alec to be sick, I don’t agree. Maybe she’ll realize that eventually too. Still, Harlan was ready to help try to get Alec back to who he was. He didn’t get far because right outside Abby’s apartment he got snatched and grabbed by some mysterious, bad guy types. You better believe I was screaming at my TV. I screamed some more when the head bitch lied to Abby about him being reassigned and brought her to Nathan.

The Hunt for Swamp Thing

Woodrue was ready to continue his research but he needed the actual specimen to make it happen. Maria’s new funding partner, Nathan, was already prepared to find and capture Swamp Thing. Trouble was what this was. In fact, he’d already tried to dig his claws into Abby and failed. Woodrue is too eager to see what a criminal he is, showing even more just how different he and Abby are.

More trouble arrived when Avery made it back to Woodrue and told him everything about Swamp Thing. Not only did Maria’s plan to end Avery and take over his project come undone but so did Swamp Thing possibly receiving help for his condition as well. So, happened? Avery led Woodrue and more out into the swamp to give false promises to Swamp Thing. It was expected, yet still stung that Swamp thing was betrayed by Avery.

Though Swamp Thing took out a handful of the men, it was Avery that dealt the blows that got him captured. However, Abby’s return may save him before it’s too late. The only way to find out is in the next episode because we were left on a heartbreaking cliffhanger.

What did you think of this week’s episode? Let’s chat in the comments below and don’t forget to follow us @capeandcastle on Twitter to keep up with other shows you love.