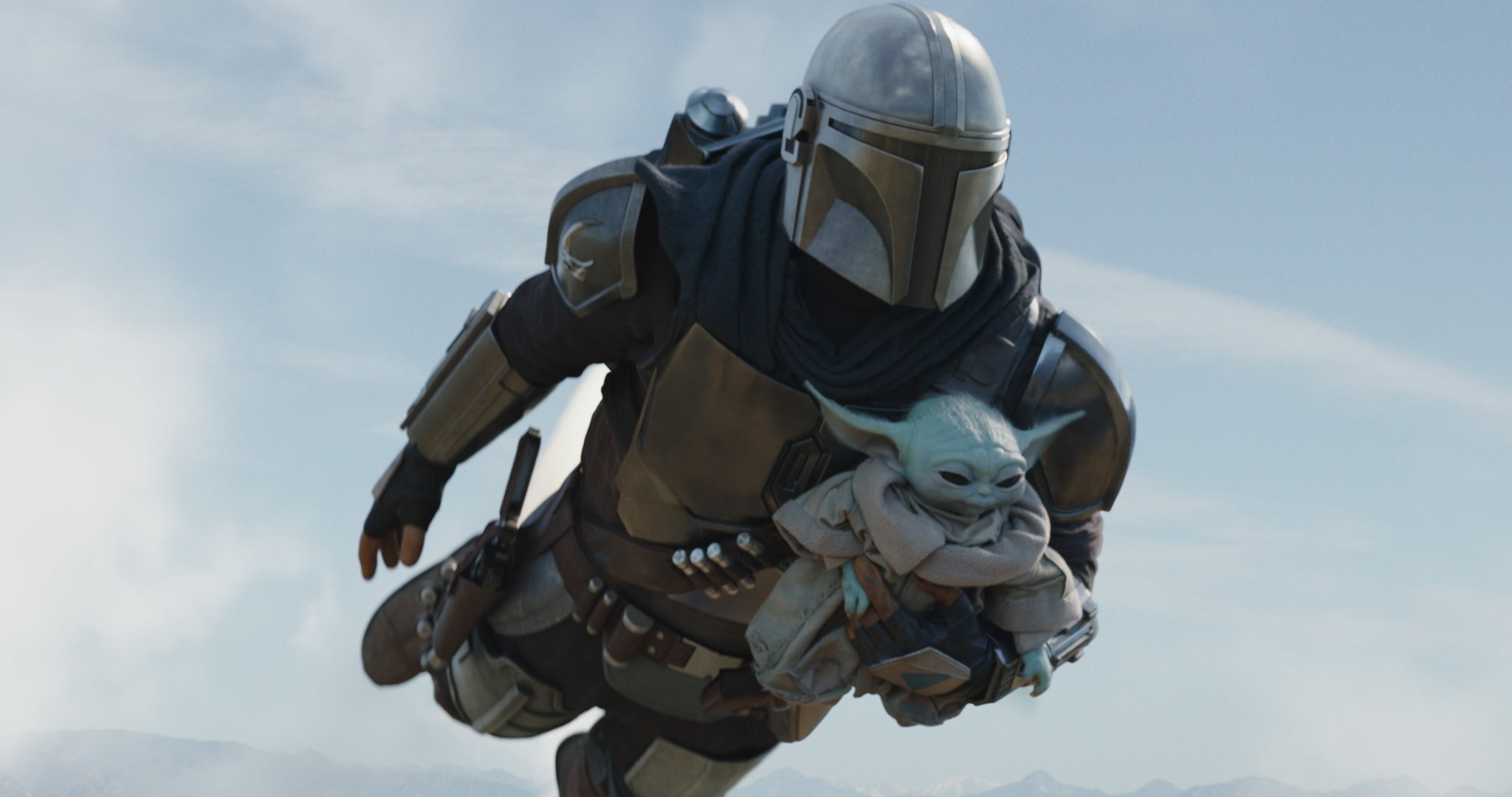 We hope you made a successful recovery from the roller coaster ride that was last week’s chapter of The Mandalorian because we sure haven’t! Even so, Chapter 15 is here, ready to shake up the Star Wars universe all over again! Thankfully, this chapter title is far less intimidating than “The Tragedy.”

In the recap, we relive footage from Chapter 14 of the Razor Crest’s annihilation and Boba Fett’s sworn oath to help retrieve Grogu, as well as the mercenary Migs Mayfeld on the New Republic prison from Chapter 6.

The episode opens with Cara Dune approaching Mayfeld, who is serving community service time working in a trash heap of machinery. Marshall Dune takes Mayfeld into her custody and releases his electronic ankle tag. Back at Boba’s ship, Dude exposes Mayfeld as a former Imperial, and Mando demands that the prisoner uses his knowledge of the Empire’s clearances and protocols.

After the title crawl, the crew ascends into the atmosphere and interrogates Mayfeld about the coordinates of Moff Gideon’s cruiser where Grogu is a captive. Claiming he cannot procure the coordinates without an internal Imperial terminal, Mayfeld suggests the gang take a road stop at Morak, a secret Imperial mining hub. With anti-aircraft canons and high rate security, Mando and the crew find some Obi-Wan-approved high ground to scope out the area. Though Mayfeld’s revelation that the Imperial Security Bureau runs the base thwarts their plans. Neither Fennec nor Boba can play the role of guinea pig to enter the refinery, as they would trigger the alarm, and since they don’t trust Mayfeld enough to let him go alone, Mando teams up with the prisoner.

Taking out some of the guards, Mando and Mayfeld play dress up, donning some Imperial outfits, and ride off to infiltrate the refinery in a Juggernaut. On the way, pirates with thermal detonators attempt to take down the turbo tank, which causes mayfeld to have an Arnold from The Magic School Bus “I should have stayed home today” moment. Though outnumbered, Mando manages to take out the pirates on the roof of the tank, nearly giving us another helmet reveal. However, more reinforcements quickly show up, as Mando and Mayfeld rely on the help of a battalion of stormtroopers and two TIE fighters to get by.

Mando and Mayfeld enter the refinery to lavish praise from their stormtrooper comrades, as the duo makes their way to the terminal, which happens to be in a breakroom. Though, upon seeing his former commander Valin Hess, Mayfeld refuses to enter the room, forcing Mando to complete the mission. The problem is, to access the network, the terminal needs to scan Mando’s face. Giving us our second face reveal, we finally see Mando emote, and this time, when blood isn’t covering most of his face. Watching Mando’s facial reactions correspond with the high stakes of the situation, we realize how immense of a crime it is to be held at arm’s length from Pedro Pascal’s incredible acting.

Just before Mando finishes retrieving the coordinates, Hess approaches him at the terminal and interrogates the protagonist about his designation. Mando replies that his description is a transport co-pilot, but that response doesn’t seem to fly, as Hess further elaborates that he is asking for Mando’s TK number. Mando flounders in his panic until Mayfeld steps in and delivers a mostly convincing alibi, but Hess refuses to dismiss them. Acknowledging them as the only transport to deliver the shipment, Hess transitions from interrogating them to celebrating them and sits the two down for a drink.

At the table, Mayfeld gets open and personal, dragging the Empire for their tendency to classify the deaths of thousands of stormtroopers as a “small sacrifice for the greater good.” Philosophical declaring that people prefer order over freedom, Hess raises a toast to the Empire and immediately meets his death at the hands of Mayfeld and his blaster. Mando puts his helmet back on, and two quickly flee the building as heavy blaster fire ensues. Fennec and Cara assist by taking out troopers from a distance, as Boba flies in to pick up Mando and Mayfeld from the refinery.

Back in their usual attire, the gang thanks Mayfeld for his service and Marshall Dune frees Mayfeld, declaring him as deceased in the New Republic records. In the final scene, Moff Gideon watches a hologram message from Mando, who spits back Gideon’s words from season one. Our protagonist emphatically declares that Grogu will return to his possession, and the child means more to our protagonist than Gideon will ever Gideon know.

Make sure to look out for more of our content on The Mandalorian soon! Want to refresh your memory on season one and two? Click here for chapter recaps of season one of The Mandalorian. What were your favorite moments in chapter 15? Let us know @capeandcastle on Twitter! Be sure to check out our site for articles on all things Disney, Marvel, Star Wars and more!