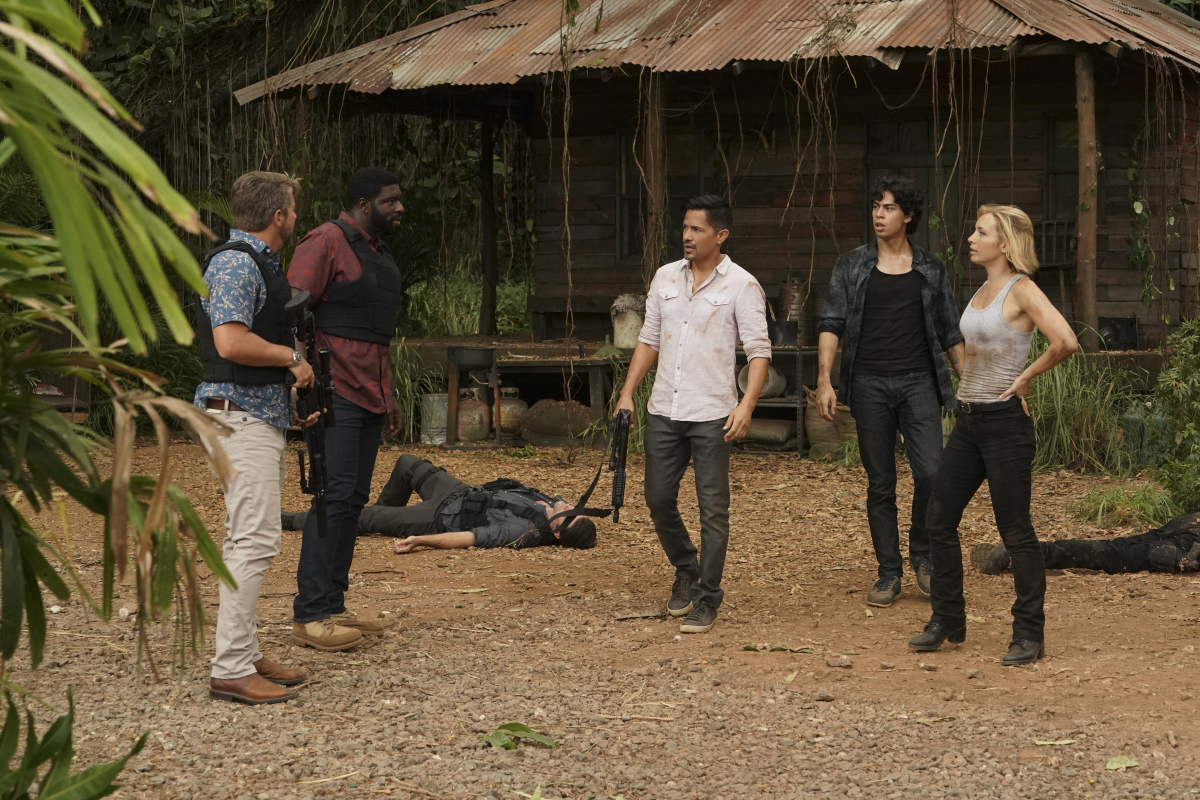 The action continues with this episode as Higgins has a repo job go south. Especially since the repo is for a plane. That just so happens to belong to a drug cartel. And he didn’t hesitate to open fire on his former property. But things go from bad to worse when Magnum and Higgins find a stowaway on the plane. And the target on his back is as big as Magnum’s and Juliet’s. Maybe even a little bigger! So keep reading for our Magnum PI 3×02 review!

Repo is No Joke

Obviously, the promos for this episode let us know that Juliet and Magnum were going to be in danger. But even if they hadn’t shown us things getting dangerous, we still would have known. Magnum was absolutely correct in his assumption that repoing the plane was not only going to be more difficult than Juliet thought, but dangerous as well. And he was more than a little right. They didn’t get very far before they had to make that emergency landing. And that crash had us panicking for sure. Even though we knew it was going to happen, seeing it was a whole different story. Magnum and Higgins were beyond lucky that they weren’t killed! It was a freaking miracle that the only injury between the two of them was that Juliet ripped her stitches. 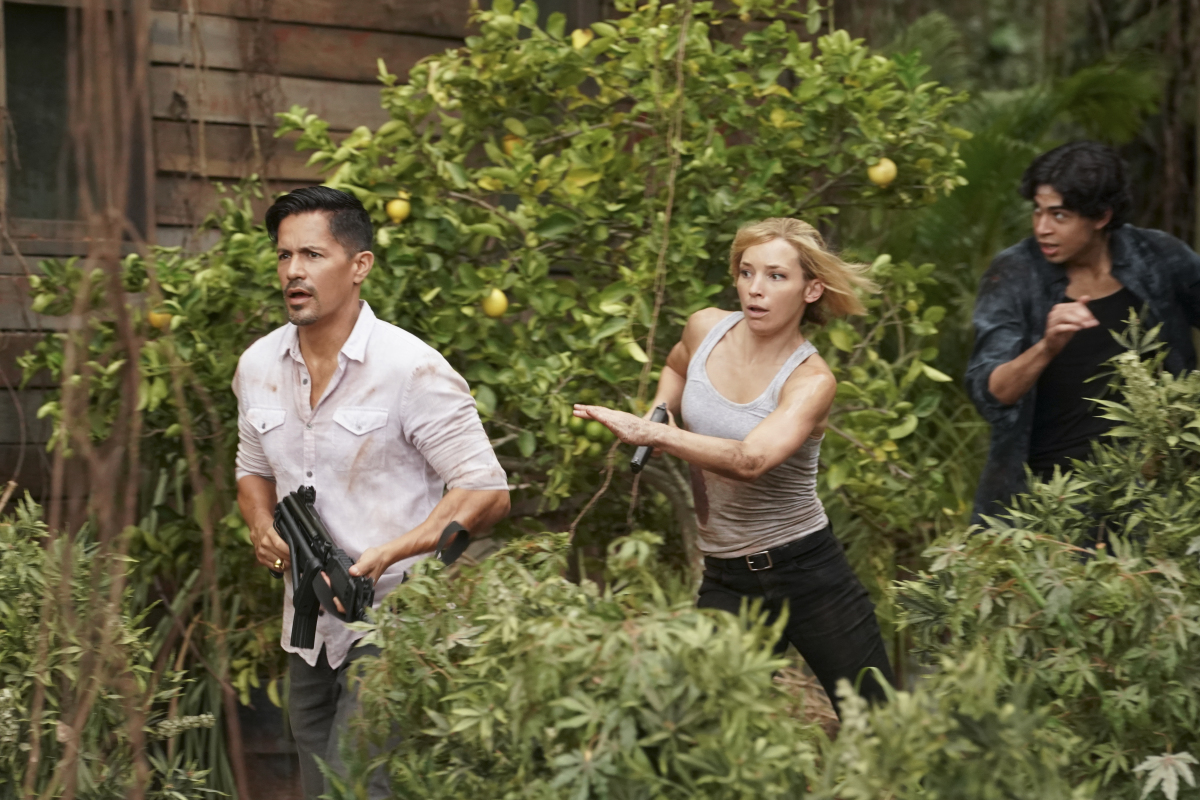 And while Higgins did reopen her wound, we were glad that she had Magnum beside her. We knew there wasn’t going to be a chance in hell that he suggested splitting up this time around. And we were more than happy about that. What we weren’t happy about was that there was a stowaway on the plane. Because that made our duo’s job that much more difficult. And to make matters worse, we discovered there was a rat in the HPD?! Seriously?! This is the last thing we needed. But we did trust Gordon to take care of things. Plus, we totally heard his slip when he called Magnum and Higgins his friends. We know you love them, Gordon.

Are we being a little bratty by saying we are completely against Juliet dating her doctor? Okay, former doctor. Whatever. Either way, we were not about it. And we are aware that it’s bratty. But we just don’t care. Even if we do like seeing a jealous Magnum. And while we would love to see Higgins and Magnum get together, there is something we want more than that. A definitive answer, or even a sign about whether or not it’s going to happen. If there isn’t a chance, make it clear and we’ll try to move on. If there is, stop beating around the bush. We can’t take it anymore!

And while we were trying not to get our hopes up, when Juliet only had the response that her date was “fine”, that’s exactly what happened. Because if that’s all you have to say about the first date with a man, then that kind of tells us that there wasn’t a whole lot of chemistry going on between the two of them. On top of that, we had Magnum taking care of Juliet and we’re sorry but we saw his feelings for her continuing to grow. And we loved that he was questioning why she wanted a background check on Ethan. But we didn’t love that he was encouraging Juliet to go for it with Ethan, even if we did understand why. Come on, though! She bought your father’s watch back for you, Magnum!

We couldn’t help but laugh at Rick’s Jello wrestling idea. But he made us laugh even harder when he wanted the first match to be between himself and TC! We will admit that we kind of wanted to see Rick and TC wrestling! Though we were even more excited to see them in action, saving Magnum and Higgins! TC and Rick always come through for them. Maybe Higgins and Magnum should think about officially adding Rick and TC to their PI business. Something to think about, anyway. Because those two are an incredibly kick-ass duo, especially when they team up with Higgins and Magnum. They are an amazing team and we love to see them all working together! 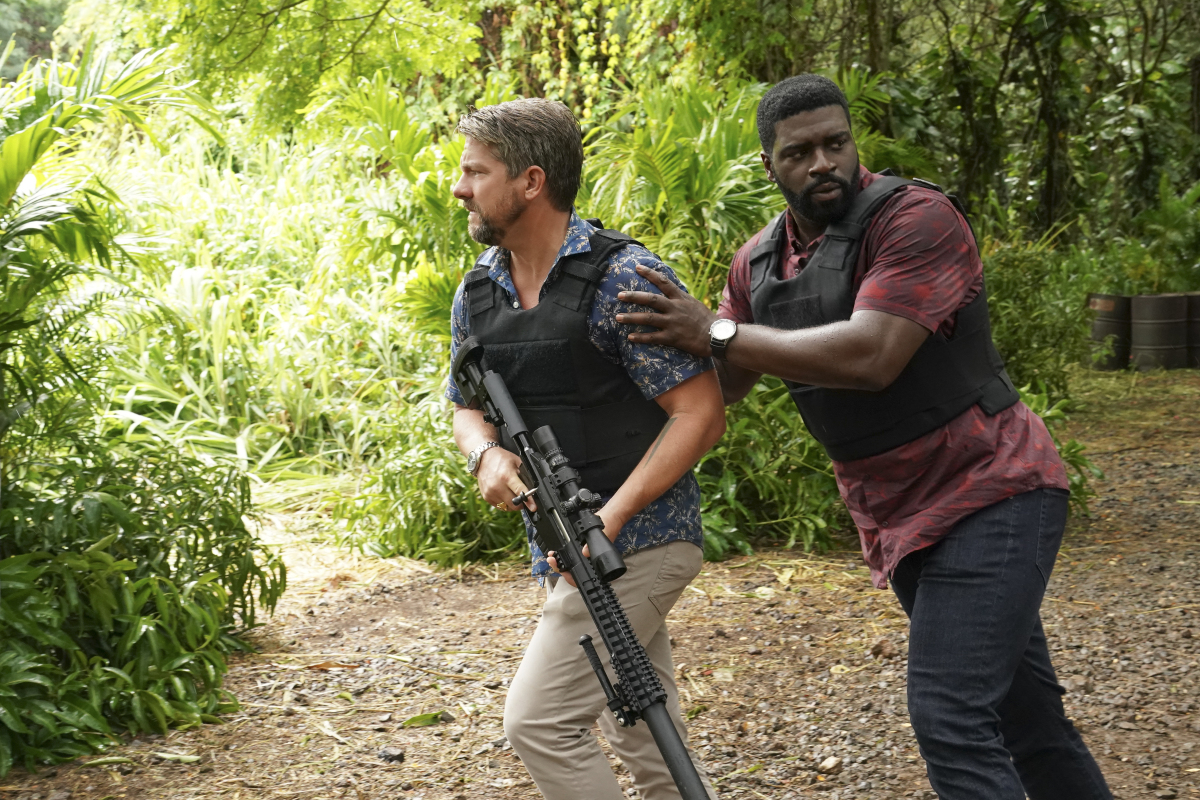 What did you think of Magnum PI 3×02? Are you enjoying the relationship between Juliet and Ethan? Or would you rather see her and Magnum explore things between them? What did you think about Gordon discovering that there was a rat in the HPD? Were you surprised? And what about Rick and TC rescuing Magnum and Higgins? Do you think TC and Rick need to be included on more missions? Find and follow us on Twitter @capeandcastle to share all of your thoughts with us on the episode! And don’t forget to check out our site for even more articles on all things Disney and beyond!