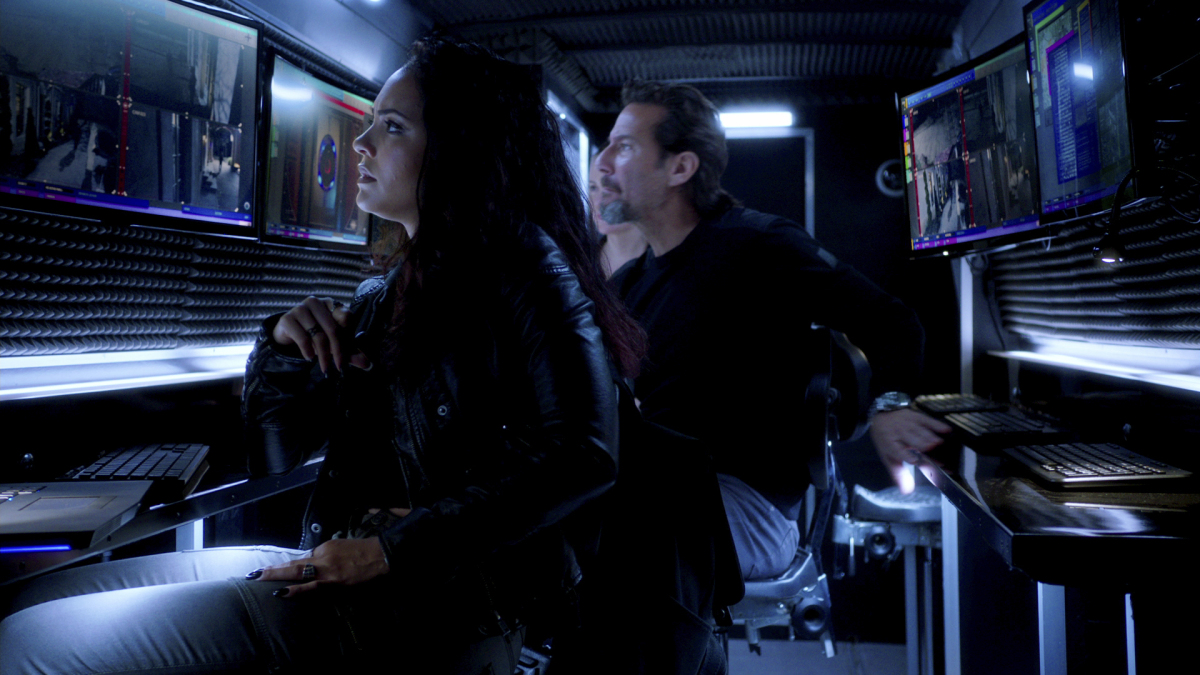 Mac and the team had their work cut out for them when they were faced with a bio-weapon. And stopping it from getting in the wrong hands! It had the makings for an epic heist and the episode more than delivered! So keep reading for our MacGyver 5×02 review!

Jess Miller immediately proved herself to be pretty badass. And her little trick may have worked on someone else. But not Mac. And while we would usually be offended by her calling him a member of the geek squad, the only thing that offended us was that she didn’t recognize Mac as the freaking leader! If we had been in her position, we wouldn’t have hesitated to accept the offer Matty was giving us. So we definitely think Jess made the right decision. But we admit that her background as a burglar was a little concerning when it came to the mission. And it seemed like we weren’t alone in that as Riley seemed a little concerned as well. 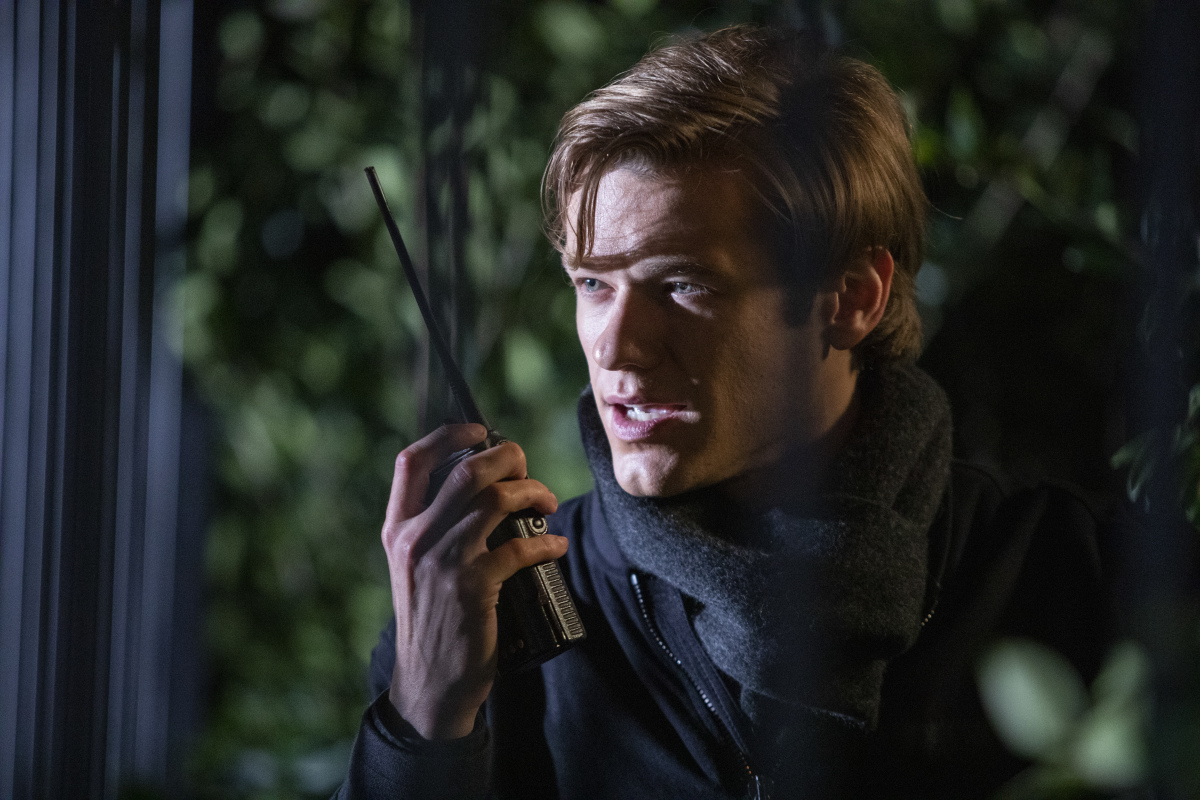 While Jess certainly did her part during the heist, the fact that the bioweapon was missing had us concerned all over again. It felt like they went through all that for nothing. And Russ was more than feeling frusrated at the situation. And while we understood where he was coming from, yelling at the others certainly wasn’t going to help the situation. They all knew what was at stake. And they were all feeling the same frustration and doing their best to figure things out.

Desi showed us some kickass moves. Not that we were really surprised. But we always enjoy seeing her in her element. And we didn’t doubt that she would be able to pull off her part in the heist with precision and grace. This is also why we weren’t that surprised to learn that she took ballet as a child. And we were even less surprised to see a young Desi throwing a beautiful hook at another ballerina. She’s nothing if not tough.

But that didn’t mean we weren’t worried about the heist the entire time. Because we were more than a little anxious. The stakes were high enough from the beginning. But when the timeline got moved up, we were even more on edge. It’s not that we didn’t think Desi could do it, we just didn’t want to see her or any other member of the team hurt. But it was pretty killer to watch Desi pull that Mission Impossible routine. We were loving it! Plus, a fancy party along the way? Yes, please!

Intensity at its Finest

We could feel the anxiety of every member of the team. But it was clear that Russ and Riley were having a hard time not being with Desi and Mac. But they didn’t let it stop them from kicking ass and doing their fair share to help Mac and Desi get out safely. And later, everyone was in on the action to bring it all home! We love this team! And we have nothing but confidence in each of them and their abilities. Within good reason, as they are always able to figure things out in the end, even when things, in the beginning, don’t go according to plan. It’s a good thing they each excel at thinking on the fly and making up new plans as they go. And they once again solidified our faith in them when they figured things out once again with the bioweapon. 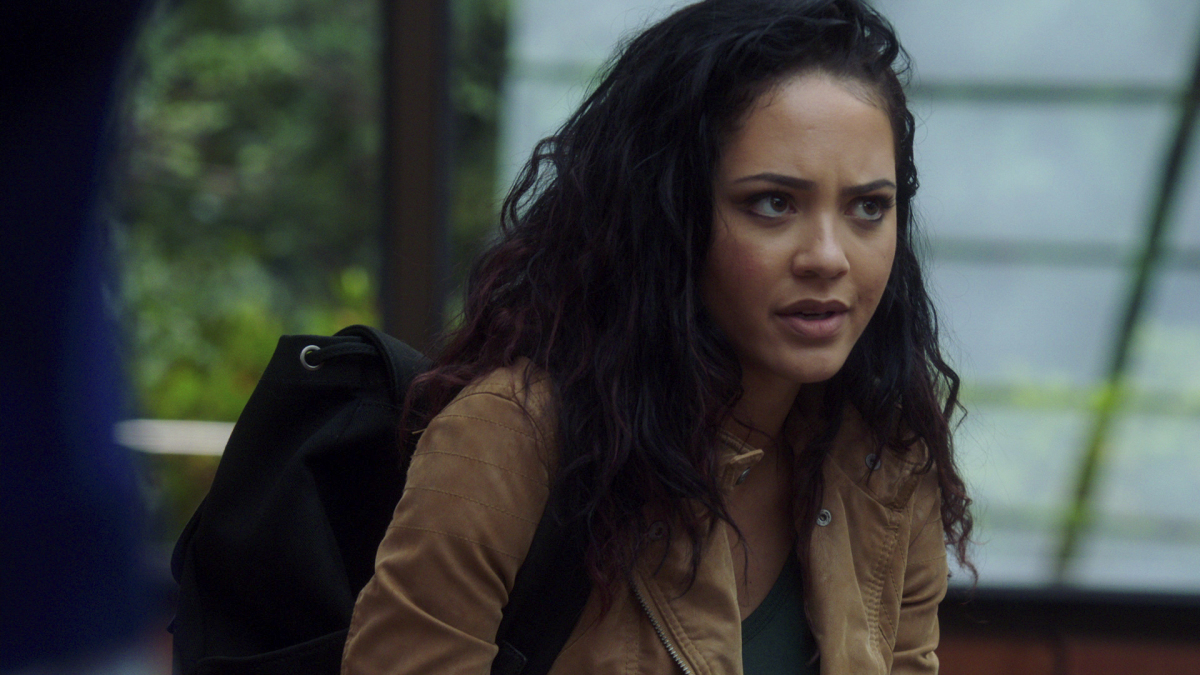 What were your thoughts on MacGyver 5×02? Were you as nervous about that heist as we were? What part of the episode had you the most on edge? Or did you feel calm and confident that the team could handle it the whole time? Did you trust Jess? Or were you completely unsurprised when Mac called her out for definitely not being retired? Find and follow us on Twitter @capeandcastle to let us know! And check out our site for more articles, quizzes, and more on all things Disney and beyond!