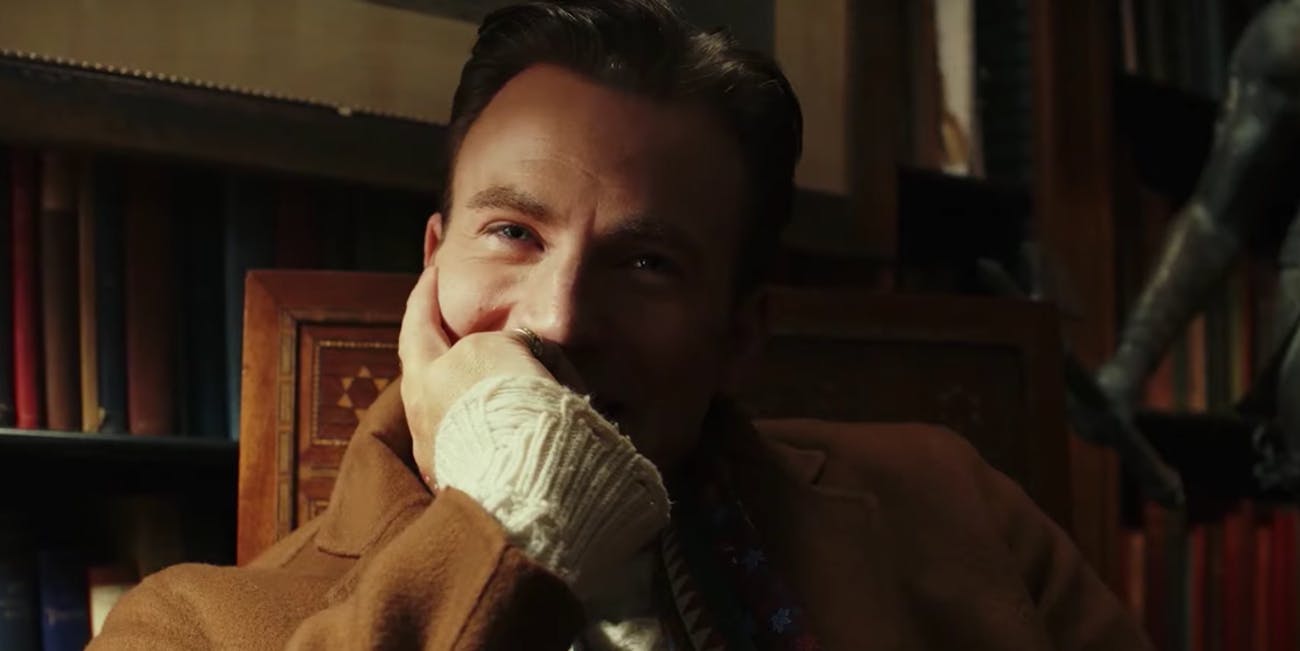 On Thursday, it was revealed that Chris Evans will finally fulfill his Disney destiny. Chris has been tapped to play Buzz Lightyear in a new animated movie from Pixar due in theaters on June 17, 2022.

Over the course of their Investor Day, Disney announced countless projects across all of their brands and platforms. It was difficult to keep up with the deluge of magical goodness raining down upon us as the day went on. Series, specials, and movies. Live-action, documentaries, and animation. Star Wars, Marvel, Disney+, National Geographic, and Pixar. They covered everything. But the best news, at least for Chris Evans fans, came late into the day.

Chris posted his excitement on both of his social media platforms moments after Pixar announced the project. Although he was nearly speechless on Twitter, he found his voice in the ample space provided on Instagram. Lest anyone worry about the legacy of Toy Story, Chris assured everyone that this is a new story worth telling.

Chris quickly clarified the concept of his character back on Twitter. He won’t be playing an earlier version of Tim Allen’s timeless toy in the science-fiction adventure film Lightyear. There’s a twist!

Chris is famously outspoken about his love of all things Disney. He frequently visits the parks. He tweets about watching Disney movies. Chris’s beloved dog’s name, Dodger, was inspired by the character he resembles in the animated Disney classic Oliver & Company. Numerous interviewers have quizzed Chris on his favorites in many Disney categories over the years. He’s quick with his answers, but often struggles to choose because there are too many good options,

As much as Chris loves Disney, to voice an animated character is an absolute dream come true. Like all of us, he grew up watching the classics. Now, he’ll become one. Six years ago, Chris even tweeted about his specific appreciation for Pixar.

Just watched A Pixar Story and loved every second of it. What an AMAZING group of artists and innovators!

Full confession, I too am a major Disney fan. I always have been, it’s part of my identity. With it’s loving tribute to the toys of my childhood, the world of Toy Story, in particular, has long held my heart. I even wrote about it last year for our 30 Days of Thanks event at @capeandcastle. I cannot properly articulate my own personal joy over this news without using a few of colorful words that Disney would frown upon. Chris is going to be a Disney character! How cool! He was made for this. His love of Disney has led him here.

Technically, Chris has been part of the Disney family for years as Captain America. Marvel is owned by Disney, therefore he played a character that fell under the Disney umbrella. If you’re stuck on that, you’re missing the point. I love Marvel, Captain America, and specifically Chris’s portrayal of him. But Cap is a character created decades ago for Marvel Comics by Joe Simon and Jack Kirby. He is not an original Disney creation. Buzz Lightyear is an original Pixar character through and through, created for Disney.

To Infinity and Beyond

While the original Toy Story came out in 1995 and has spawned three additional films, this original character of the human test pilot who inspired the Buzz Lightyear Space Ranger toy is all new.

During the presentation, Pixar’s Pete Docter introduced the idea:

“Back when we created the very first Toy Story, we designed Buzz Lightyear with the idea that he was a toy based on some really cool character from an epic blockbuster film. Well, all these years later we decided it’s time to make that film.”

While there are no details about the plot, an origin story should give us insight into Buzz’s relentless courage and confidence. Or, his stubbornness and arrogance, depending on how you read Buzz. We also may see the birth of a few of his epic, oft-quoted catchphrases. The toy version of Buzz initially had trouble accessing his emotions. Chris has no such problem. His most recent roles have been a superhero, a murderer, and a protective father. As a lifelong Disney fan, and a huge fan of Chris Evans and just about everything he does, I cannot wait to see him breathe life into Buzz.

Lightyear is in development and not expected until the summer of 2022. Chris has a few projects lined up with Netflix in the meantime. Alongside Ryan Gosling, The Gray Man will reteam him with the Russo Brothers, who recently confirmed that production is expected to start in late January 2021. And early on Thursday, before the Pixar news broke, Chris was spotted on the Boston set of Adam McKay’s Don’t Look Up. He confirmed his casting on Instagram later in the day. Thursday was a great day for Chris Evans fans.