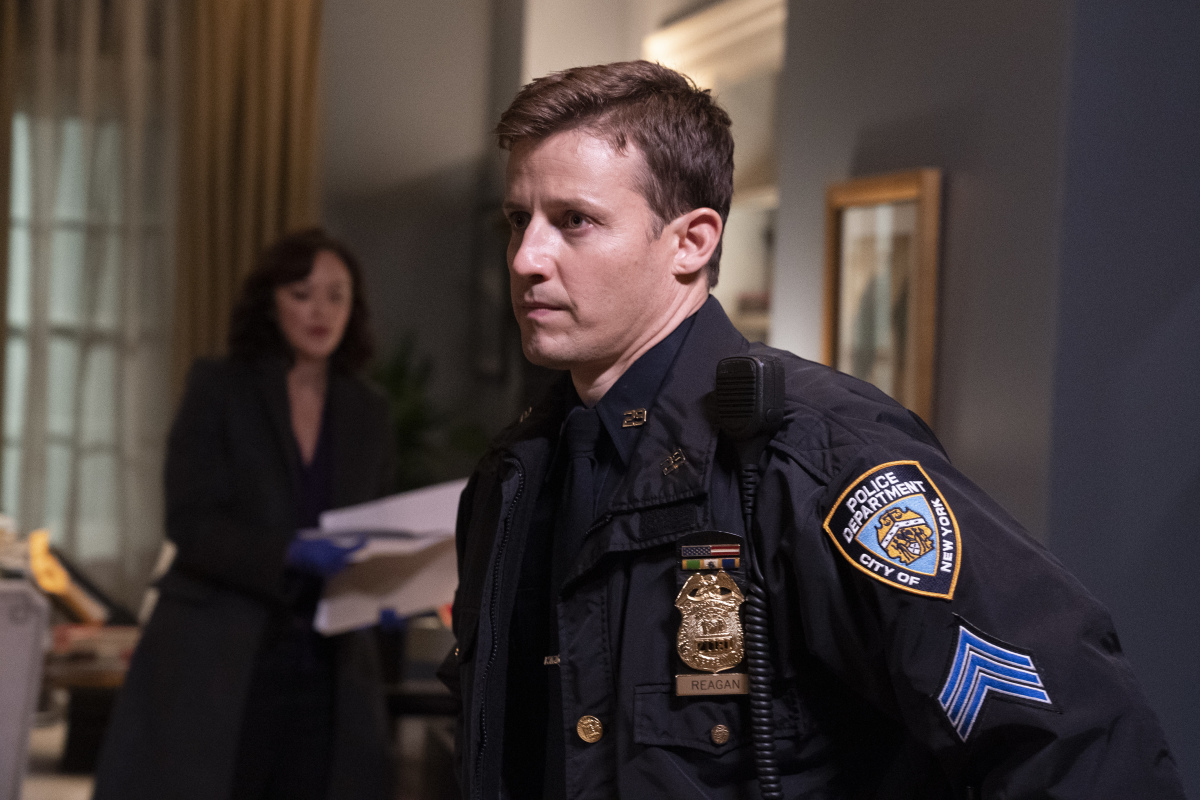 Danny teamed up with Jamie to bring a major drug lord down! We love when these two team up! Meanwhile, Erin was on edge waiting for the decision about the new District Attorney to be made! And we had Frank and Joe continuing to figure things out as far as their professional and personal relationships were concerned! So keep reading for our Blue Bloods 11×02 review!

Team Up and Take Down

It’s always a fun time when multiple members of the Reagan family team-up. We especially like it when Danny and Jamie have a case that they team up on. Watching Maria, Jamie, Eddie, and Danny all work together is nothing short of awesome! Especially when they’re working together to bring down someone like the drug lord they were looking into. Their sting operation was full of easter eggs and references, like the dog’s name being Jamko! Though Danny did have us worried that he was going to do something dumb and/or dangerous. Not that we were really surprised. It seems we’re always concerned about that when it comes to Danny. But you know something is up when Jamie and Maria don’t know where he is. Per typical Danny fashion though, he was doing what needed to be done to close his case and bring the bad guys down. 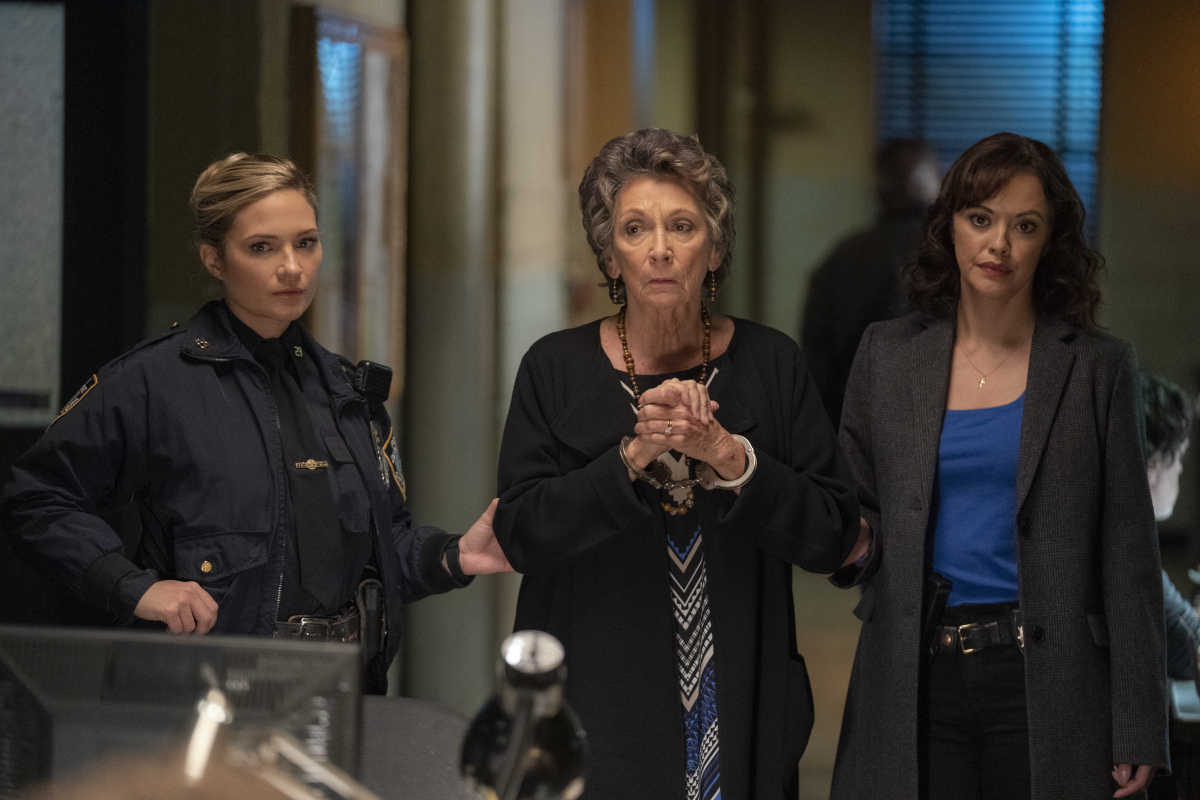 We love the emphasis that Reagan’s always put on being a family. That’s part of why we love when they team up so much. And it’s also why we found ourselves feeling really hurt that Paula didn’t want Frank or the others to acknowledge that Joe is their family. So we can’t imagine how it must have made Frank feel. We don’t think Frank would ever intend to take Joe away from Paula. Or deny how and where he grew up. That’s just not who Frank is. And we hope that Paula is able to see that in time. Because if she isn’t okay with Joe being a part of the Reagan family, there is no doubt that he’s going to pull away. And we really don’t want to see that happen. So we were glad to see both of them at the dinner table on Sunday and we hope it becomes a regular thing.

We can understand the reservations that both Frank and Joe have about their relationship. But if they are going to explore their familial relationship, then they are going to have to accept that they are family. Which means that people are going to find out. And is that really such a bad thing? Everyone else in the family has been able to deal with it. So maybe it was time for Joe to decide if he was going to acknowledge his Reagan ties or not. And we really hope that he continues getting to know his family. We kind of like having another kickass character in the family. Which is why we were kind of glad when the secret came out.

It was also great to see Erin taking on someone so ferociously that wasn’t a family member. Kidding, kidding. Kind of. And we really were rooting for her when it came to the possibility of her being the new DA. Honestly, there have been plenty of times over the years that we have kind of forgotten that she wasn’t already. It’s especially hard for us to believe that there was ever a time when Erin was the rebel of the family. Besides the fact that we doubt anyone could take that title from Danny, we really don’t picture Erin doing anything bad. Like, at all. Ever. And we found ourselves really disappointed that Erin didn’t get the job. She truly deserved it.

Is it wrong for us to want another pair of partners to get together romantically? Probably. But it isn’t our fault that every time we convince ourselves it’s never going to happen, Blue Bloods shows us there is a strong possibility that it could. Like Danny bringing Maria to dinner. Come on! It’s more than a little rare that anyone other than family comes to dinner. Other than Maria, we can only remember it happening once, though we could be wrong on that. But we know it isn’t very many. And we’ve had a lot of freaking dinners. Eleven years worth. So we can’t be blamed for thinking that it meant something when Danny brought Maria. And don’t get us wrong. We loved Linda and we will never forget her. Or stop being sad that she is gone. But that doesn’t mean we don’t want Danny to be happy. And even if it isn’t with Maria, we hope that he is able to find that happiness with someone. 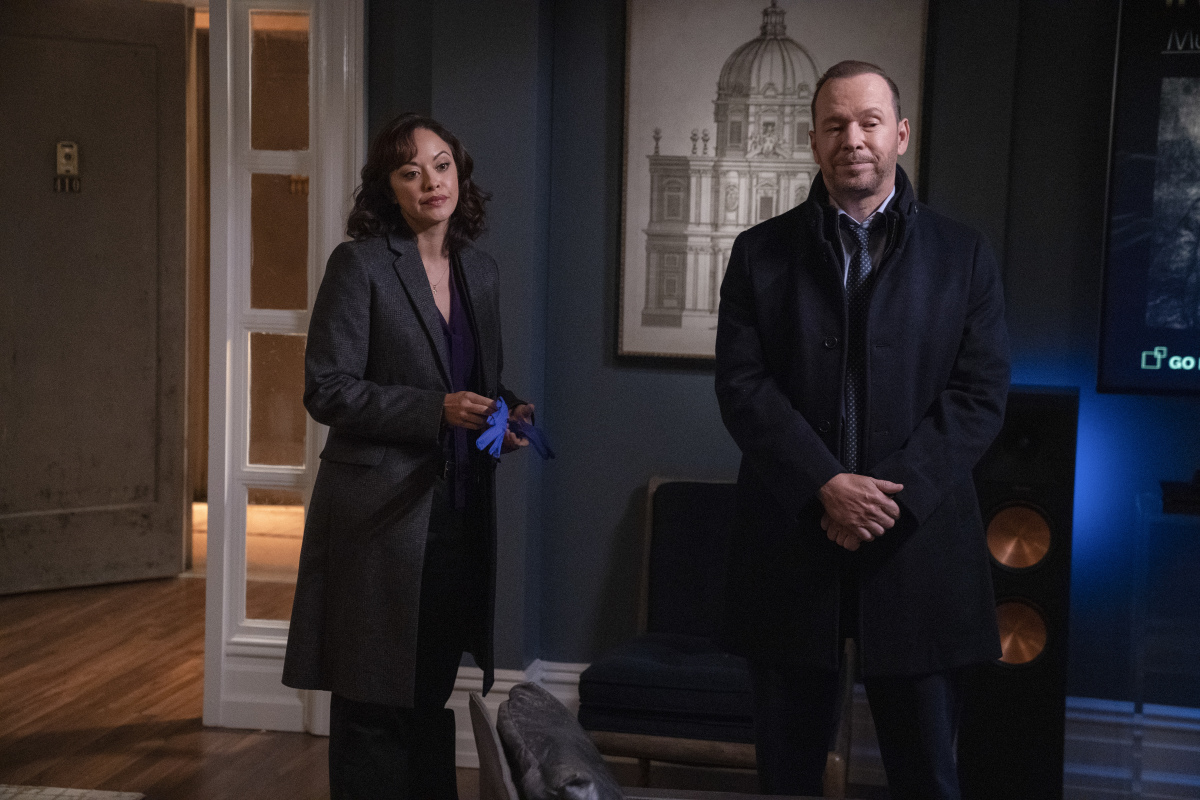 What did you think of Blue Bloods 11×02? Do you love it when Danny and Jamie work together? What do you think about the relationship between Danny and Maria? Do you think that it will stay professional? Or do you hope that they get together romantically? Did you think that Frank and Joe should just tell people that Joe is Frank’s grandson? Or did you think that it was best for them to keep it to themselves? Did you want Erin to become the next District Attorney? Or did you want her to stay in her current position? Find and follow us on Twitter @capeandcastle to share all your thoughts on the episode! Be sure to also check out our site for more articles on all things Disney and beyond!