Last week on TMAS (review here), Olivia made her escape but it was discovered she is much worse and darker than Tucker. Simone was locked up and tossed away to people she worked cons with and owed money to. Ash and Beau got caught getting close at the hospital, though she was just comforting him as his father was hurt. This week, our tales for their biggest twists and heartbreaks yet. 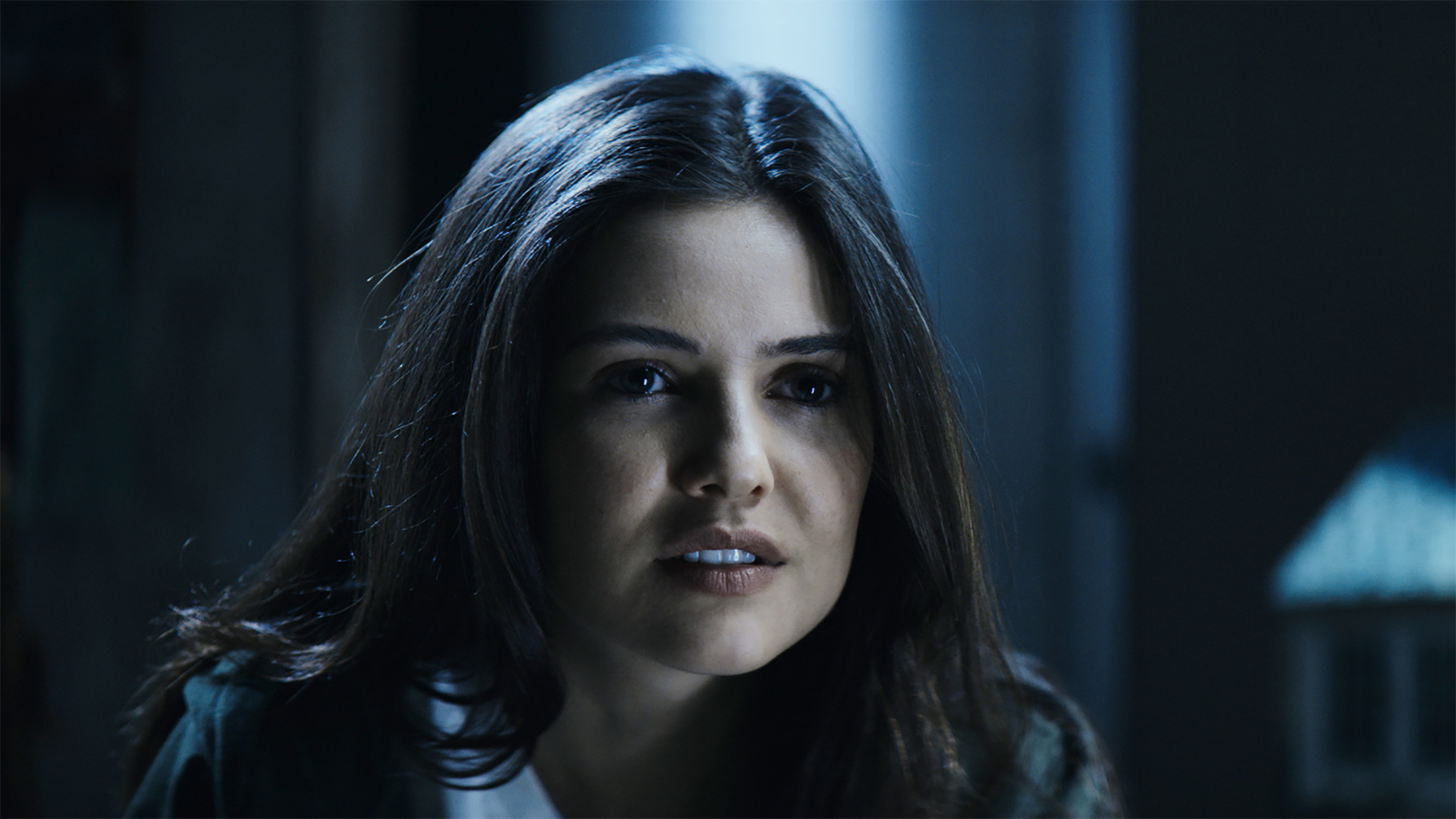 Olivia (Danielle Campbell) was in charge this week. Though with an elegant look of a delicate and innocent flower, Olivia turned out to be much like the dark witch Maleficent, solidifying Tucker (Paul Wesley) into the role of the traumatized Sleeping Beauty.  With Tucker the one in chains now, I was excited to see her get her justice. Then again, with how she relished the death of her ex, it could be more than that. In any case, this arc really upped its game this week.

While Tucker took on a non-lethal approach with Olivia, that hadn’t been the case for her. The arc grew even more shocking when Olivia expressed how glad she was that Brendan (Harry Shum Jr.) was dead and that she was glad to have alone-time with Tucker.

I’m pretty sure that Olivia is worse than Tucker. Her dive off the deep end really showed that Tucker wasn’t that bad. Yet, the dynamic is engrossing. Here, I thought that Tucker is the only broken one but Olivia is out proving me wrong. Her getting Tucker to break things off with Maddie (Odette Annable) and then stalking the woman as a possible next victim to keep Tucker to herself was dark and gave me the twist I didn’t expect with this tale.

“I don’t think it was an accident that you picked me. It was fate.” – Olivia

Though Tucker claimed kidnapping women was a coping mechanism for losing Anna and that each of them had driven him to kill them, Olivia admitted that she had always had trouble connecting to people which was her reasoning.

Cora, Simone’s (Ashley Madakwe) godmother and partner of the Garland brewery, was found dead and this messed Simone up. Hell, discovering someone you care about with their throat slashed open would mess anyone up. Sadly, it messed her up enough that she did exactly what she told Jackson (Matt Lauria) she was good at. She ran. Her excuse was that she uses people and that he’s nothing but an alcoholic. Personally, I think she was just out to hurt him and make herself feel better. She did a pretty good job because that was enough to shove Jackson into a downward spiral was depressing as hell.

When it was revealed through a dramatic and all-around heartbreaking scene between Jackson and his mother, Rebecca (Carrie-Anne Moss) how he’s felt responsible for his father’s death, I had to pause to sob for a moment. One of the heaviest feelings in the world is feeling responsible for a loved one’s death. In this case, it was also part of what’s driven Jackson to drink. His mother took a stand this time and it changed everything. 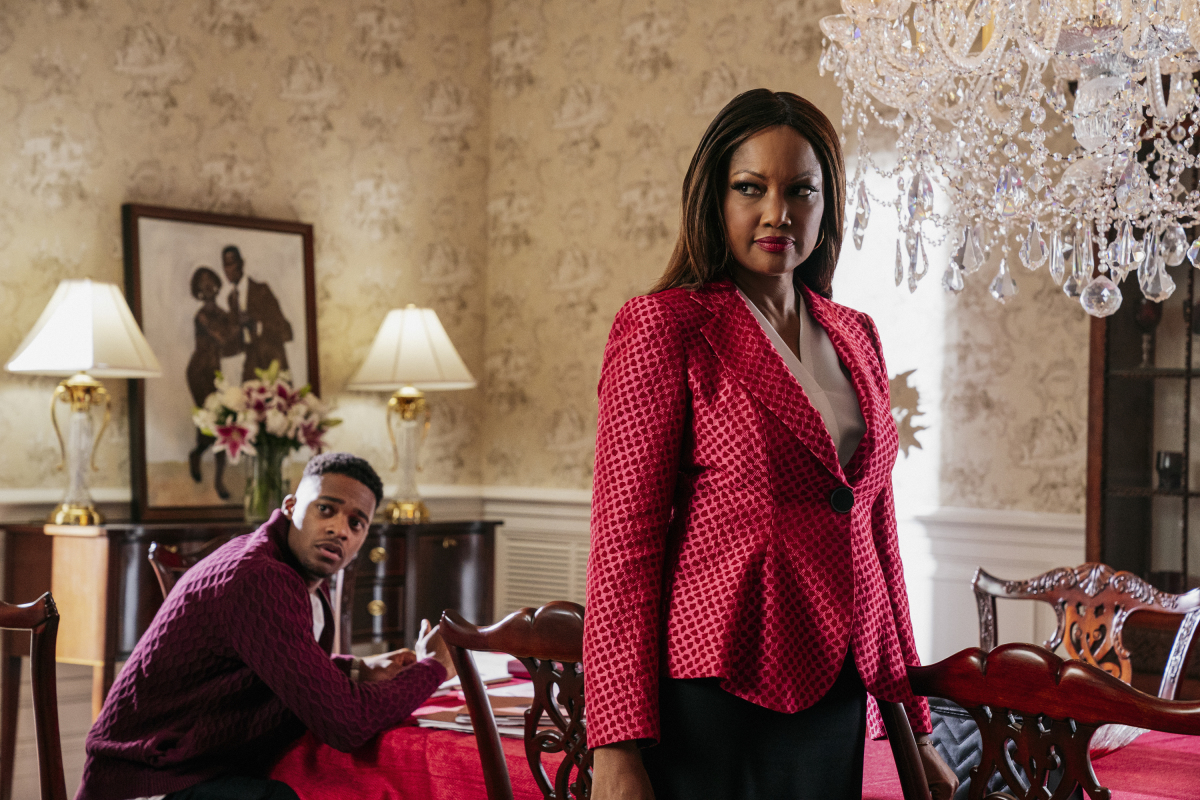 The fact that Veronica (Garcelle Beauvais) questioned her boys about this murder really put her on the innocent list for me. However, her questioning her own boys while reminding them of where they came from originally, made me wonder about them even more.

Simone had put herself in more hot water trying to turn in Veronica and getting nailed for jumping out on her parole. Yet, there was a major surprise when Veronica sent Maddie in to get her out and then took her generosity even further and offered her an olive branch by giving her a place in the house. While Simone was ready to end all of the hostility and even give up this feud, Derek wasn’t.

Beauty and the Beast Go Public

Ash’s (Natalie Alyn Lind) comforting Beau (Eka Darville) at the hospital has been blasted all over social media. Though blown out of proportion, Beau was still determined to find the one who hurt Ash. Meanwhile, Ash was up for a check-up that forced her to confess that she could sing and that she wasn’t ready to remove her facial mask just yet.

My heart absolutely oozed with joy when Ash’s mother had her going to catch up with Beau. Could there be a more blatant way of showing approval? She might as well have shoved her into his arms. Yet, Ash did a great job of blowing it with Beau. Still, with her fear about what others are calling her, like Phantom of the Opera (and I totally see that), her confusion and frustration were understandable. Her mom comes in clutch reminding her that she survived and came out stronger which is true. And honestly? Ash should use the Phantom of the Opera bit and cover a couple of the musical’s songs. With her powerful voice, she could nail them.

While Ash’s career is up in the air, her feelings for Beau are grounded. Like I’d hoped, she didn’t leave things in a rough patch with Beau. It was an incredibly swooning moment.

Surprises were had in this episode. From Olivia torturing Tucker to Simone being offered a place in the family by Veronica, TMAS took me for a ride this week, leaving me pretty speechless. There was so much that I didn’t expect and there were several moments that really punched me in the feels. Then the feels kicked the breath right out of me when Ash was incredibly honest with Beau about herself.

The development of this episode changes everything about this season and certainly proved that shows can still surprise the hell out of you with their plot twists whether they be subtle or shocking. That’s something I’ve really enjoyed with this show.

What did you think of this week’s episode? Let’s chat in the comment below and don’t forget to follow us @capeandcastle on Twitter to keep up with other shows you love!