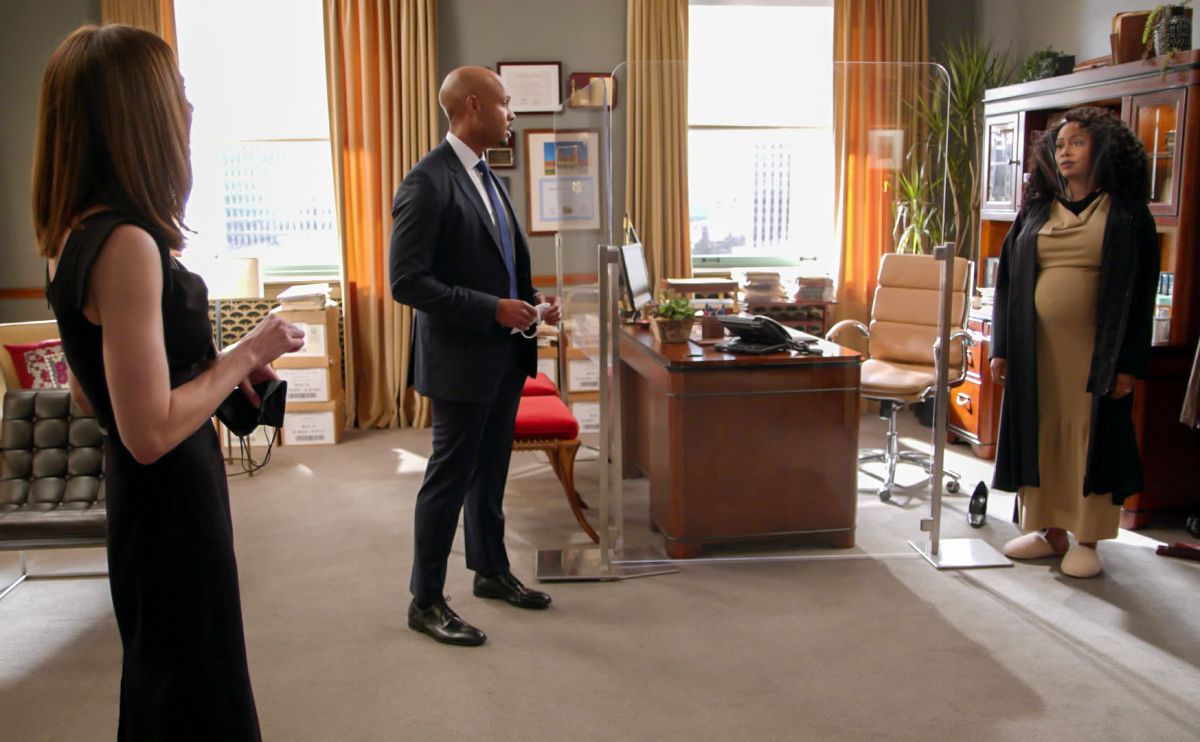 Lola is put in a strange position when Robin makes an official appearance in her courtroom. But she doesn’t think it’s a situation that requires her to recuse herself. Though Lisa does feel a bit differently. Luke and Emily seemed to have moved on but is it for good? We think there is still a chance for the two of them, especially when Luke seeks Emily out for advice. Meanwhile, Mark continues looking into the case from his past and it only seems to be getting more dangerous. Something Amy points out, making things between them tense. So keep reading for our All Rise 2×04 review!

It was kind of cute to see Mark worried about where Amy stayed when she didn’t come home. But we had to agree that while the condo wasn’t the point,why Amy wasn’t renting it out or anything. She also made some pretty valid points about the case Mark was dealing with. We were nervous about the situation, too. And we can understand Amy’s frustration that Mark didn’t seem to be listening to anything she had to say. Maybe getting Lola would be a good idea. But we even had our doubts that Mark would listen to Lola about things at this point. We certainly don’t think getting Sam involved was the best idea. We’re still going with Amy’s original position that it should be kept to themselves until they figure things out and build their case. 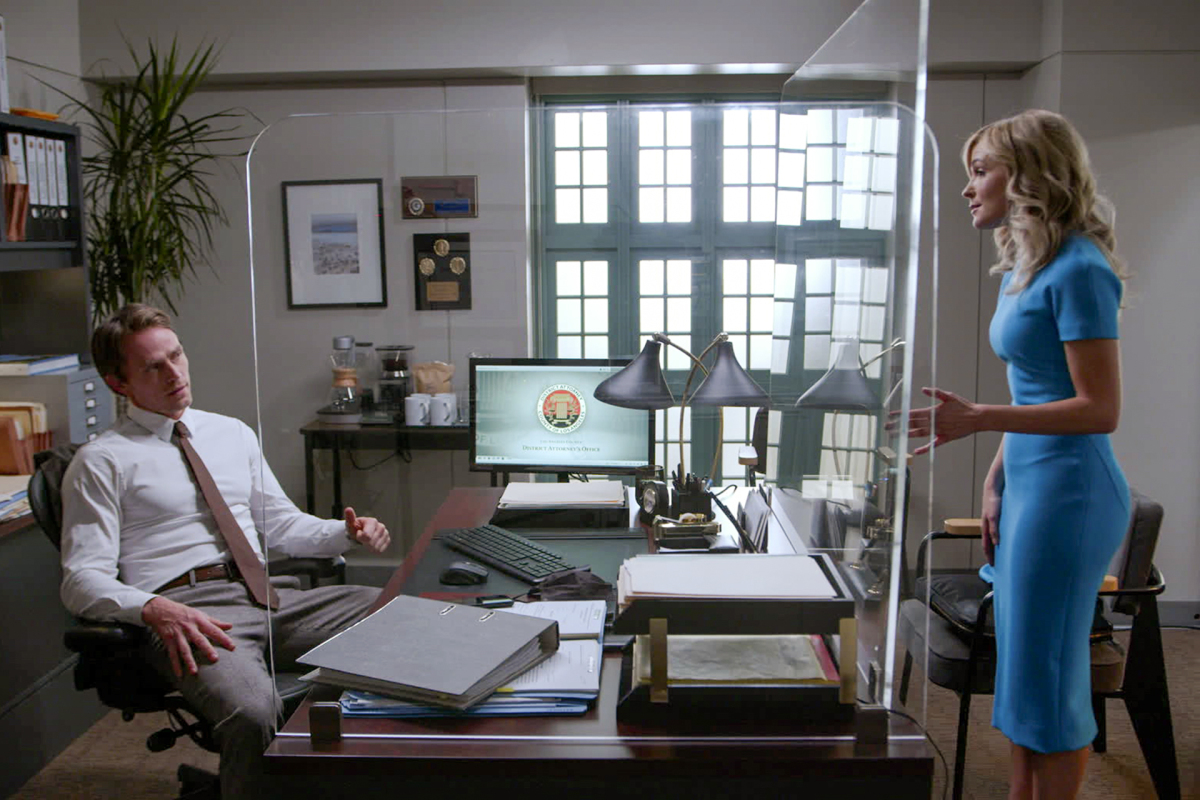 Sure, Emily has been much more outspoken lately about things in the workplace. But she isn’t entirely wrong. EZ has annoyed us from day one and in a million different ways. He seems to have a problem with everyone all of the time. But the way he was treating Emily was ridiculous. She absolutely bit back and even stated to Lola that she knew she had been out of line. And it would be great if EZ would admit that he was also in the wrong and apologize to Emily. It would also be great if he could tell Emily exactly what his problem is with her.

We love that Lola and Robin are able to put their relationship to the side when it comes to doing their jobs. And their job this time around was definitely complicated. For all involved. But there was some major conflict going on between Lola and Robin. Outside of the courtroom. But like the truly good match they are and the great relationship they have, Robin and Lola were able to figure things out between them. For the most part. But things in the courtroom between them wasn’t going to be so easy. Which was made clear when Lola was pulled from her chair at the last minute by Lisa.

Seeing the way Luke and Emily understand each other without explaining just goes to show how well matched they are. But maybe Emily was right when she said seeing other people is what needs to happen. Though we may not be saying so for the same reasons. We’re hoping that by seeing other people, Emily and Luke will realize that they are best suited for one another. Maybe when they tried a relationship the first time around, neither one of them was truly ready. And that’s part of where things went wrong. But now that time has passed and they are trying relationships with other people, they will realize they are ready to be together. We’re keeping our fingers crossed. Sorry Sam and Joaquin.

To Recuse or Not

When it came to Lola recusing herself, we weren’t really sure where we stood. Lola made some great points, both to Robin and to Lisa. And when she made those points, we were in agreement that everything would be fine and there was no reason for her to recuse herself. But then Lisa made some points that were extremely sensible and had us questioning if recusing herself may be the right answer. Ultimately, Lisa made the decision and took Lola’s place. While we think Lola would have been fine, we do understand Lisa’s desire to make the cautious decision. And we couldn’t really blame her. Sometimes it really is better to be safe than sorry. 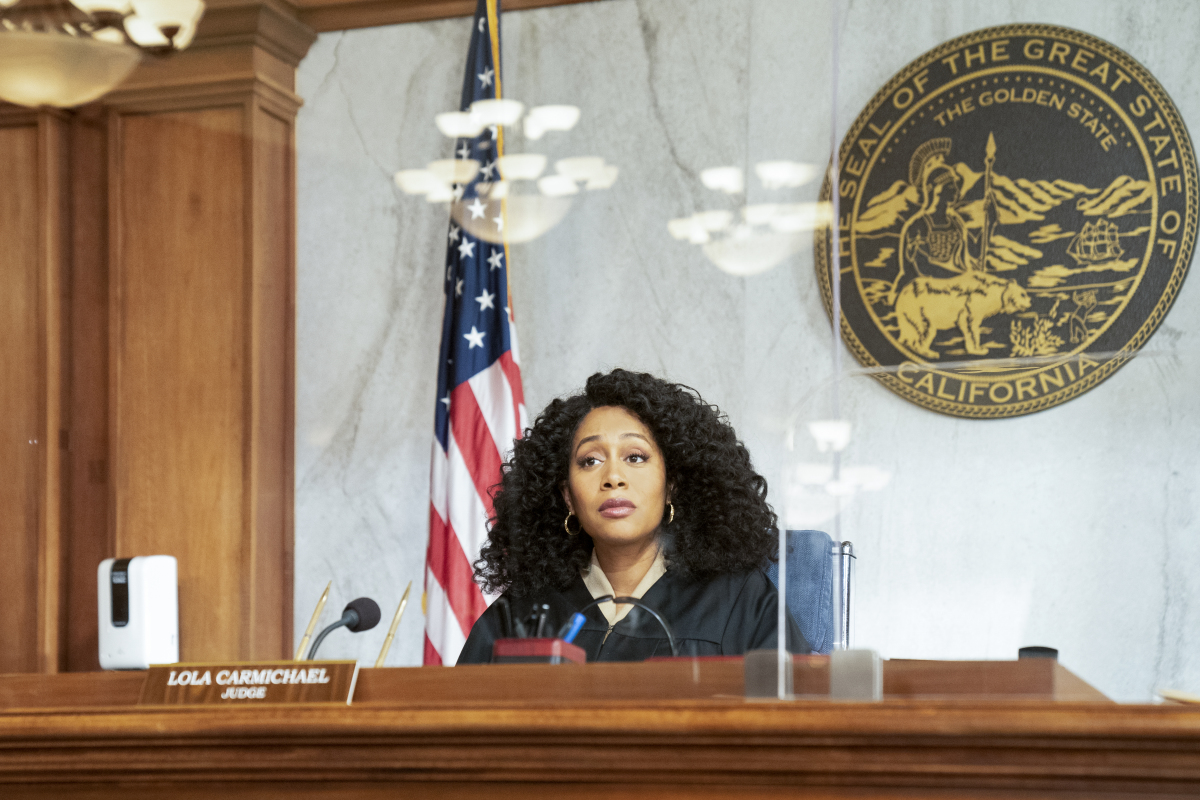 What did you think of All Rise 2×04? Do you think Emily and Luke will ever find their way back to each other? Or will they move on and just remain friends? What did you think about Robin showing up in Lola’s courtroom? Did you agree with Lisa that Lola needed to recuse herself? And what about the situation with Mark? Find and follow us on Twitter @capeandcastle to let us know all of your All Rise 2×04 thoughts! And be sure to check out our site for more articles, quizzes, podcasts, and more on all things Disney and beyond!