Last week on Swamp Thing (review here), the ghost of Shawna latched onto Susie Coyle and haunted the Sunderland home and Abby Arcane. She brought a warning, with her rage, about the swamp and revealed that she died because something dragged into its depths. This week, Maria steps up and takes control of Avery’s project with Woodrue and Abby demands to see the source of The Rot out in the swamp.

Much like Abby (Crystal Reed), we’re still reeling from Swamp Thing (Derek Mears) giving her, and the audience, a vision of Alec (Andy Bean). The darkness–the Rot–infecting Marais, shadowed this beautiful and perfect moment pretty fast, sadly. Abby’s knack for jumping into situations headfirst, much like she did with the disease that took over Marais in episode one, put her in serious danger this time.

I love her tenacity and heroism, but the Rot proved to be something she could go up against and walk away from unharmed. Yet, stupid never came up as she got hurt and had to be rescued. Even though all of her pain from the Rot’s infection, she helped Swamp Thing call up what she needed to survive, though that was onljy the beginning of the suffering.

Swamp Thing wasn’t the only one concerned about this rot. Matt (Henderson Wade) and Liz (Maria Sten) shared in the worry as well. This rot is killing The Green. As if to show proof, it lashed out at Abby, providing the perfectly timed jump-scare and infected her with some flesh-eating-horror.

While Swamp Thing tried to get Abby to leave and never come back after the event that also brought them closer together, she refused to leave in the emotional sense and we were so glad. However, she did have to leave Marais and return to Atlanta with hopes that with the aid of the CDC’s resources she’ll get closer to finding a way to end the Rot and help Alex recover to his former self. I’ve got a feeling trouble is following her out of Marais. While I can hear the clocking ticking down to something major, I’m excited at the show’s slow-building climax. It’s not drawn out, but actually allows for storytelling and development rather than being rushed. Just beautiful, it is, in its own dark way. 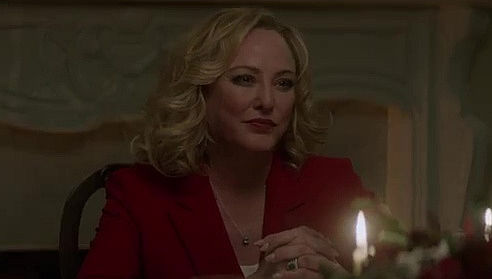 Peace in the Sunderland Home

After the haunting of Shawna, it seemed like the Sunderland home was finally met with peace. Yet with Avery (Will Patton) on eggshells around Maria (Virginia Madsen), that was questionable. Maria finally got to meet with Woodrue and discuss Avery’s project on the accelerant that’s caused so much to happen out in the swamp. Her fierce and firm manner put Woodrue in the hot-seat and I was living for it! He obviously didn’t expect to work under a woman. He seemed to think he could do whatever he pleases and that’s obviously not how things work. Especially after you dose a man in a coma and he lights up on fire.

It was unexpected that Maria stepped up to be more involved in Avery and Woodrue’s project rather than get committed to her very own padded room. Still, she came out as a mother-freaking boss that was not playing around. After all, it’s her money going into this. This project was no longer Avery’s but officially hers. Going from talking to her dead daughter to the business boss was one hell of a whiplash. It certainly had my attention, if only to make me wonder if and when she would snap. That, or this woman had a plan. Which she did and it was devious and smart. 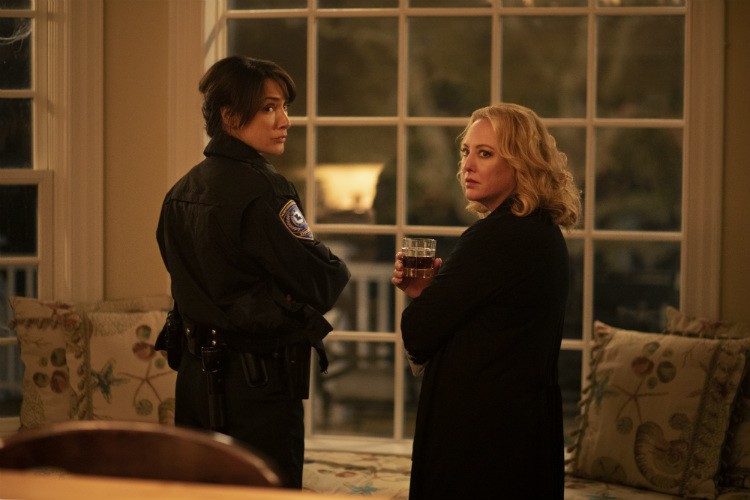 Meanwhile, Sheriff Lucilia (Jennifer Beals) and Avery took a trip out into the swamp to find Alec. They were definitely not ready for it, but with Lucille threatening Avery, he may take out Swamp Thing and Lucille. Yet, when Lucilia and Matt turned the tables on him I’ll admit I did a little dance.

One thing I deeply praise Swamp Thing for is its potential for anti-heroes. Those characters are the grey area and complexities of a show. They aren’t good people but they tend to do a little good. The Cables coming in clutch to lure Avery out into the swamp and then take care of the villainous wretch is mighty good.

The downside came when Avery got into Matt’s head, telling him he’s his father. Not only was that low, but one hell of a bomb-drop that allowed him to get away. To add to it, Maria was in on it the entire time. Remember that plan I mentioned? Yeah, this would be it. Too bad it didn’t succeed. If it had, Avery wouldn’t have been crawling out of the swamp at the end of the episode. Here’s to hoping the Rot gets to him.

What did you think of the latest episode of Swamp Thing? Let’s chat about it in the comments below and don’t forget to follow us @capeandcastle on Twitter