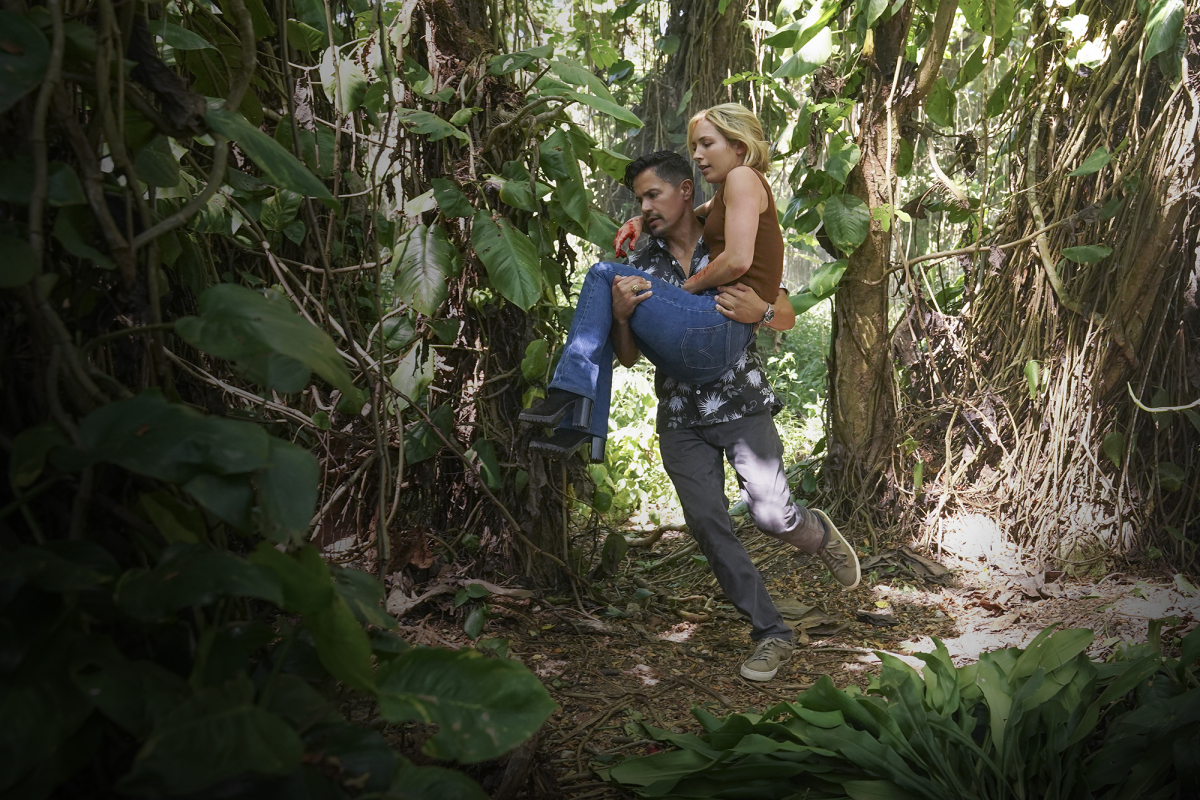 Magnum P.I. is back and wasted no time in getting our adrenaline pumping! Our team was in all kinds of trouble. Between Higgins being shot and TC being kidnapped, we’ll admit we were panicking. But we knew that Magnum would figure things out! He always finds a way! But that didn’t stop us from being worried. So keep reading for our Magnum P.I. 3×01 review!

We laughed uncontrollably at Magnum thinking for even a moment that nothing would change between him and Higgins. With their partnership, we mean. Their private investigating partnership. Okay, so we mean romantically, too. But come on! The chemistry between these two is as charged as ever. And we’re still upset they didn’t get married. But what Higgins meant by things changing was that she wanted Magnum to pay rent. And we must admit, we weren’t very pleased. Okay, so he probably can’t afford it. And, sure, he probably should pay rent. But would she really have kicked him out and sold the guest house to some random stranger?! Although, she did offer to let him stay in the main house. So there’s that. Then she changed her tune by the end and left us much happier than we were when the episode started. 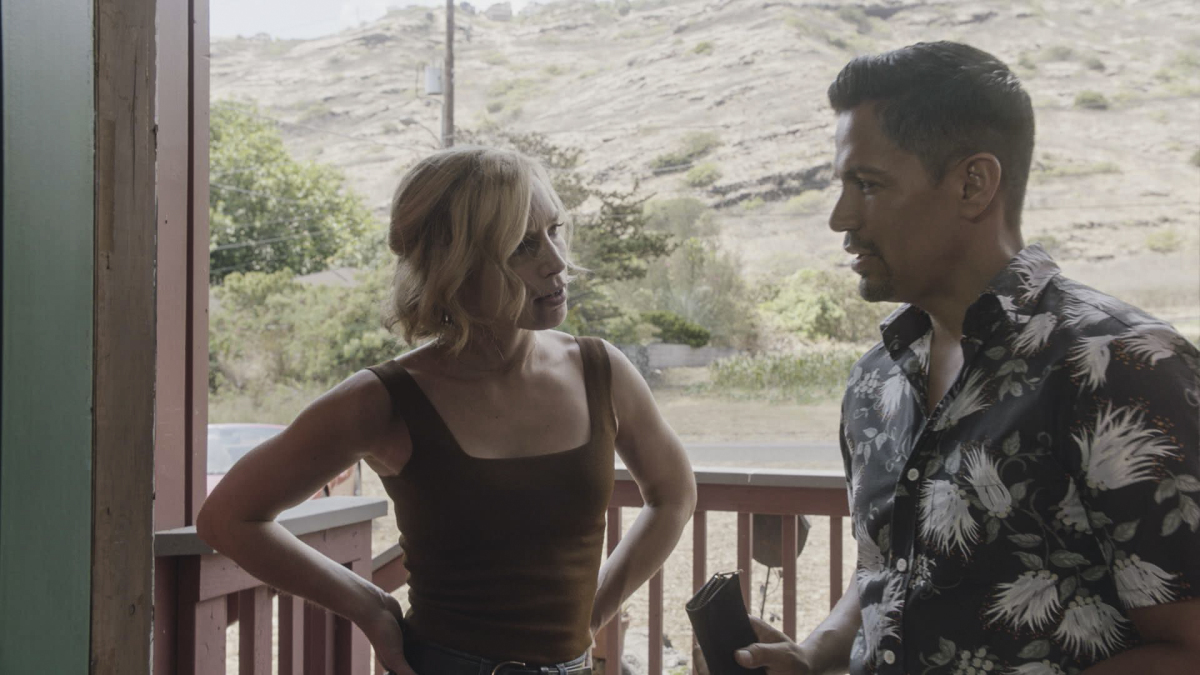 But Higgins was also pretty set on only taking high paying clients. And we weren’t sure how to feel about that. We understand that the money is going to be important with her running Robin’s Nest. And we honestly can’t imagine how much it will cost her to manage the upkeep of the place. But we hope that Higgins is still going to be willing to help people who are down on their luck and can’t afford to pay her and Magnum high amounts of money. Or any at all. We have faith that as long as Magnum and Higgins are partners, they’re going to figure out a way to take cases from those who may not be able to pay as much as other clients can.

We were disgusted by the things TC and Rick were seeing with their community service. Are we sure that was an animal TC picked up?! Gross! But we were proud of the guys for doing their duty with a smile. And we loved how Katsumoto brought them lunch. That was sweet. Maybe there is hope for Katsumoto to get along with the rest of the gang after all. We can only hope. Though it is pretty fun to watch them bicker. Especially him and Magnum. We’re not sure we want to give that up. Maybe someday.

We had a little bit of time to calm down after finding out Juliet was going to be okay before our duo went after TC. Damn, these guys were bound and determined to have Magnum kick their asses. And we were set on seeing it happen. Anyone who dares to lay a hand on Juliet is going to have to face Magnum’s wrath. We really wanted him to teach those two a lesson. And we really enjoyed it when he did. Damn good shot, Rick!

Higgins and Magnum were definitely taken for a ride. And when Juliet got shot, we freaked out a little. We need that to stop happening. And it’s great that her surgeon was adorable. But Juliet was suffering from a lot of blood loss and her flirting should be disregarded. Then she was clearly high on pain killers. And we don’t think it was appropriate for the dude to ask her on a date. Could we think that because we would much rather she go on a date with Magnum? Absolutely. But we would still not be impressed by this Ethan dude even if we didn’t feel that way. Though we will admit it was nice to see Magnum acting jealous. But that’s the only good thing about the situation. Well, that and the fact that we got to see Magnum so serious about being worried about Juliet. 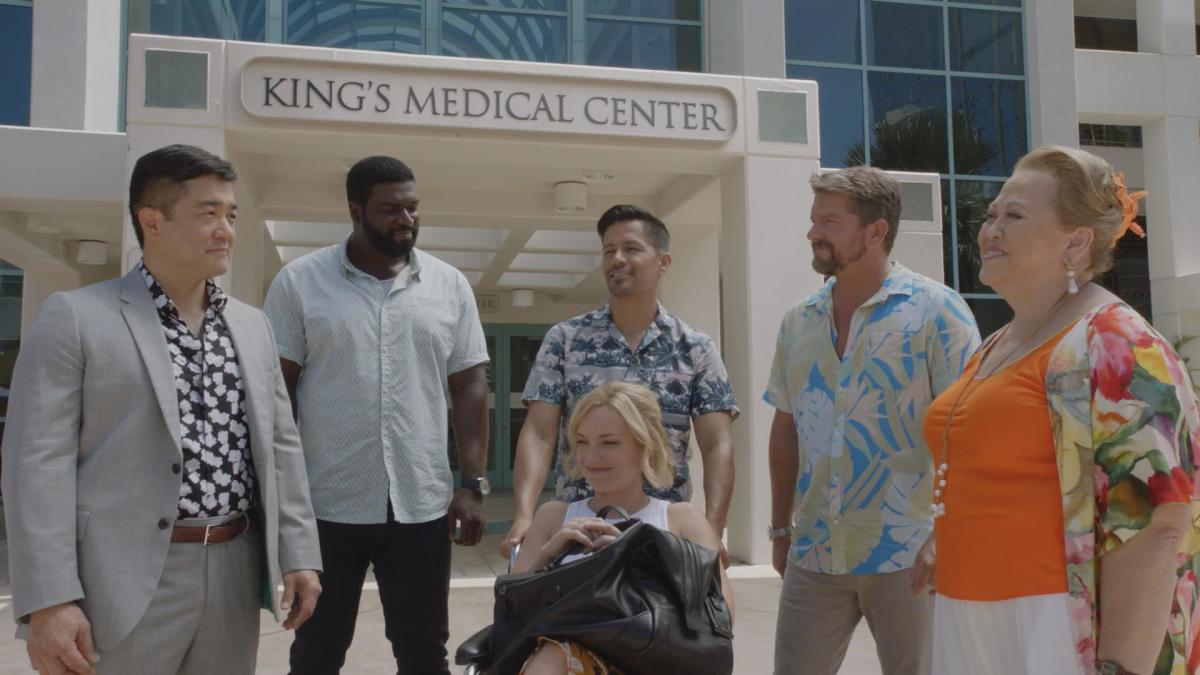 What did you think of Magnum P.I. 3×01? Do you think we’re going to see something happening between Magnum and Higgins? Or is this new doctor going to hold her interest? Did you like Ethan? Or were you like us and just kind of wanted him to go away? What did you think about the first case of the new season? Do you think that Magnum was jealous when Ethan asked Juliet out? Or was he just showing concern for a friend? And what about what happened with TC? What did you think of how the team handled things in this episode? Find and follow us on Twitter @capeandcastle to share all of your thoughts on Magnum P.I. 3×01! And be sure to check out our site for more articles and more on all things Disney and beyond!