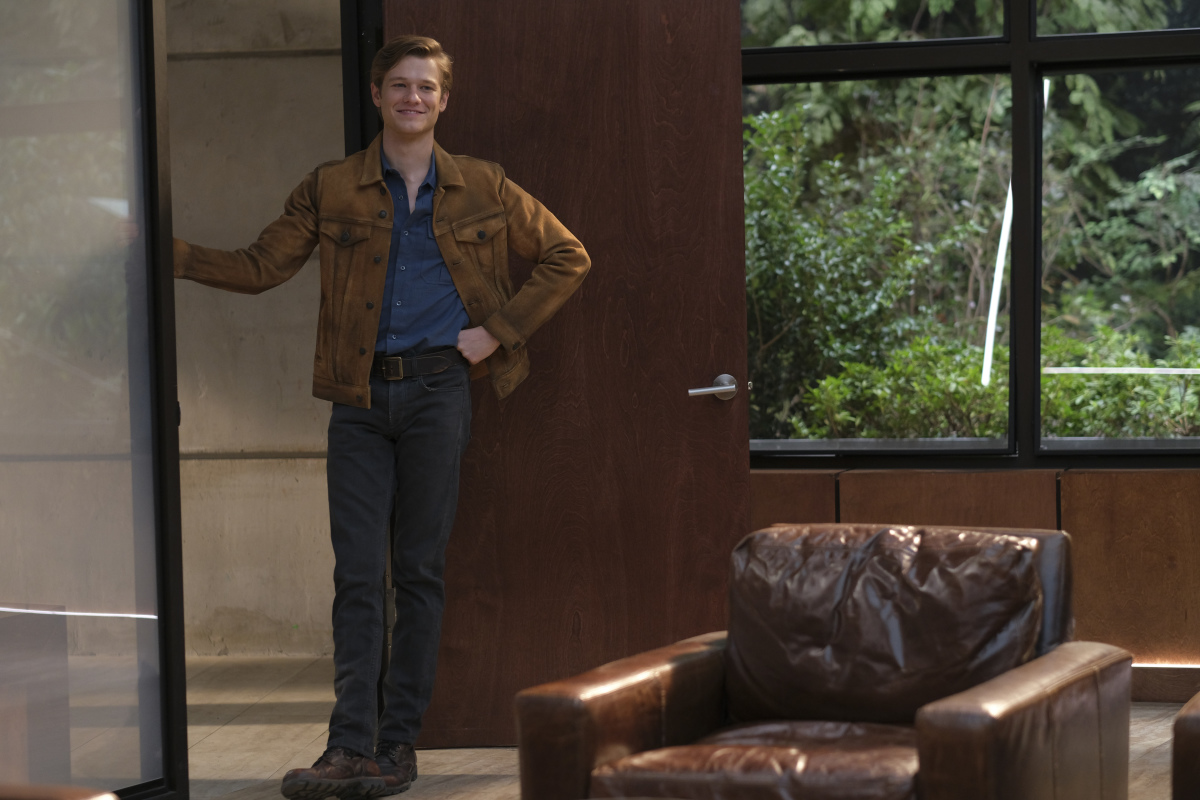 Yes! The time has come! MacGyver is back and we were more than a little ready! Things were definitely off to a crazy start with the team. Infiltrating a fancy hotel may sound like a lot of fun, but the mission was a serious one. Like, a target with a whole new and unrecognizable face kind of serious! And did we mention that the fancy hotel is also a hot spot for international criminals to hide out? Because it is. But they need the information about Codex that their target seems to have. So keep reading for our MacGyver 5×01 review!

Russ and Mac were working through some of their own tension as they got Desi and Riley all of the information they needed to work their magic at the hotel. But their tension was a little more on the hilarious side of things in comparison to what Desi and Riley had going on. This team just needs a little time to get back on track and in sync with one another. And we think this mission definitely did the trick. Plus, Desi and Riley pulled off their ruse beautifully. But we’ll be honest and say that certainly isn’t a hospital that we would want to be staying at. Also, we would probably forget the code phrases or say them wrong and end up in way more trouble. But our girls did amazing, not that we were surprised. 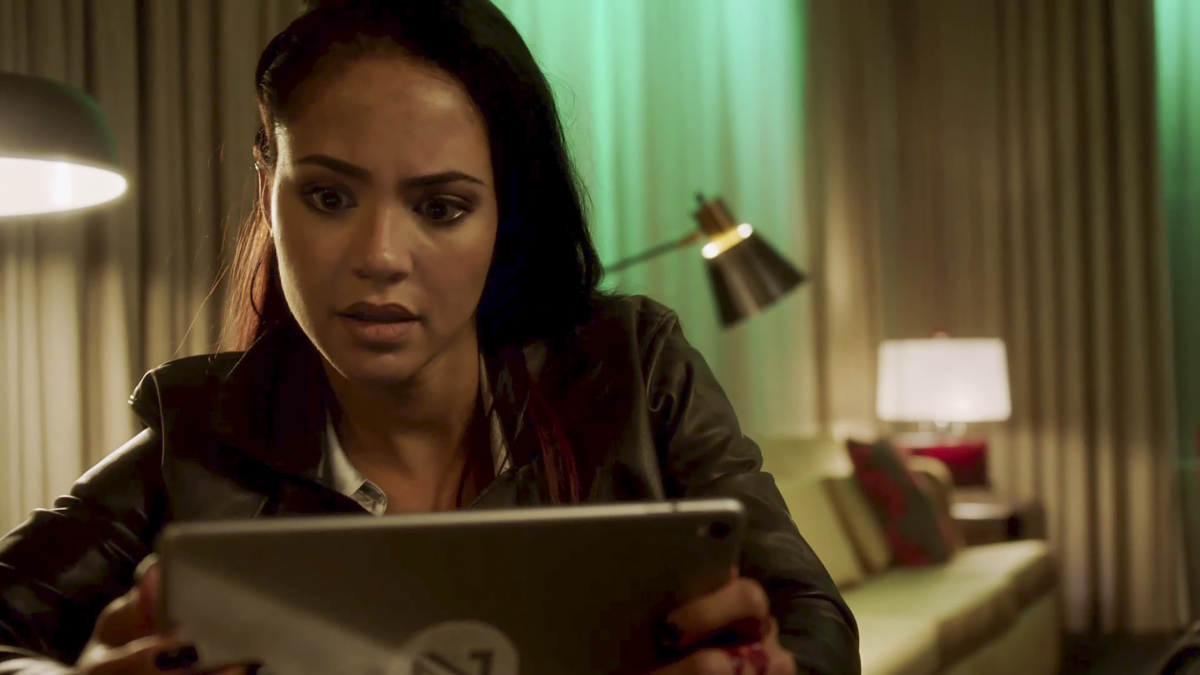 As if putting themselves into a literal nest of bad guys wasn’t bad enough, our team had to deal with their target not looking the way she did in her picture. And we don’t mean just a change in hair and clothes. We’re talking a full-on different face. Paula wasn’t going to be easy to find, to begin with. But when you no longer know who you’re looking for? Yikes. Though we were sure Desi and Riley were up for the challenge. They just had to get over the awkwardness between them and work together. While we were a little more concerned about that, we knew they could do it. And then when we got to see Desi and Riley kicking some serious ass? YES! Of course, they did have that close call. But they really can’t be held responsible. Paula had a different face!

We Need a Handbook

Listen, we know that Mac explains how he does things. But we don’t keep a notebook. Obviously, we probably should because the things he does are beyond impressive. A handbook would be amazing and we would love it if someone would make one and then just take our money. Seriously. How cool would it be to have a guidebook?! Maybe not to do all of the things Mac has done, because that would be beyond dangerous and most definitely get us in trouble. But it would be a cool reference.

We’re in season five and Mac is still teaching us stuff that we’ve never seen before. And would certainly never think of. Especially in a time of crisis. But Mac has always been better in high risk situations and this premiere reminded us of that all over again. The way he handled the situation in the sauna and was able to find the tools he needed was more than a little impressive. Also, we feel the need to point out that literally no item, household or otherwise, is truly safe. Mac proceeds to prove that in every episode. Tea tree oil had uses we never would have thought of.

Matty and Bozer were overseeing things from the homefront and they really helped balance things out perfectly. Especially since these two were the only ones who seemed to have their shit together. There wasn’t any tension between them and they could both feel the waves of awkwardness coming from the rest of the team. But Bozer and Matty being the stable ones on the homefront also proved extremely helpful in keeping the others grounded. Especially when it came to Mac and Russ. Desi and Riley really did a nice job working together while they worked their way through their issues. For the most part. But Russ and Mac were clearly having a bit more of a struggle. And they couldn’t have picked a worse time with the dangerous situation they were in. Though it all got figured out in for good in the end. We hope. 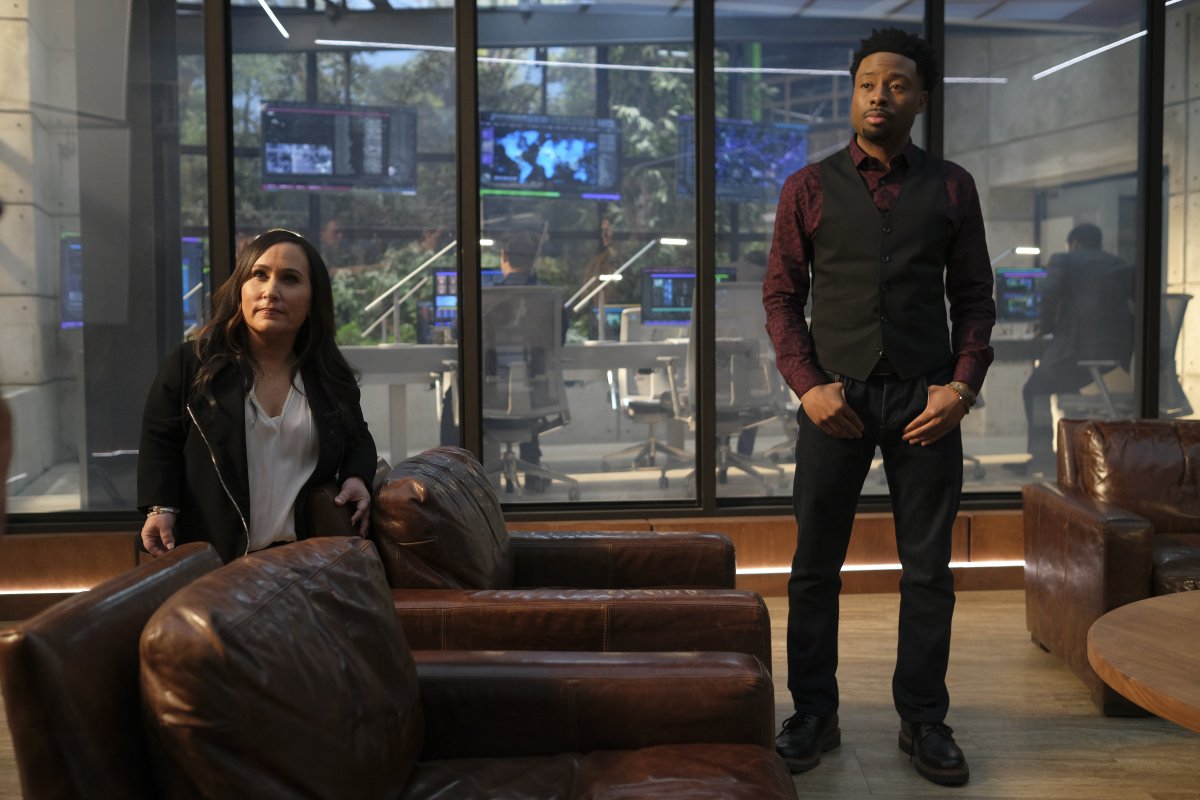 What did you think of MacGyver 5×01? Was the premiere everything you hoped it would be? Did you think Mac and the team were going to find the important information they needed on Codex? What did you think about the way Mac and Russ handled the tension between the two of them? And what about Riley and Desi? What was your favorite part of the premiere? Find and follow us on Twitter @capeandcastle to let us know all of your MacGyver 5×01 thoughts! Be sure to also check out our site for more articles, quizzes, podcasts, and more on all things Disney and beyond!