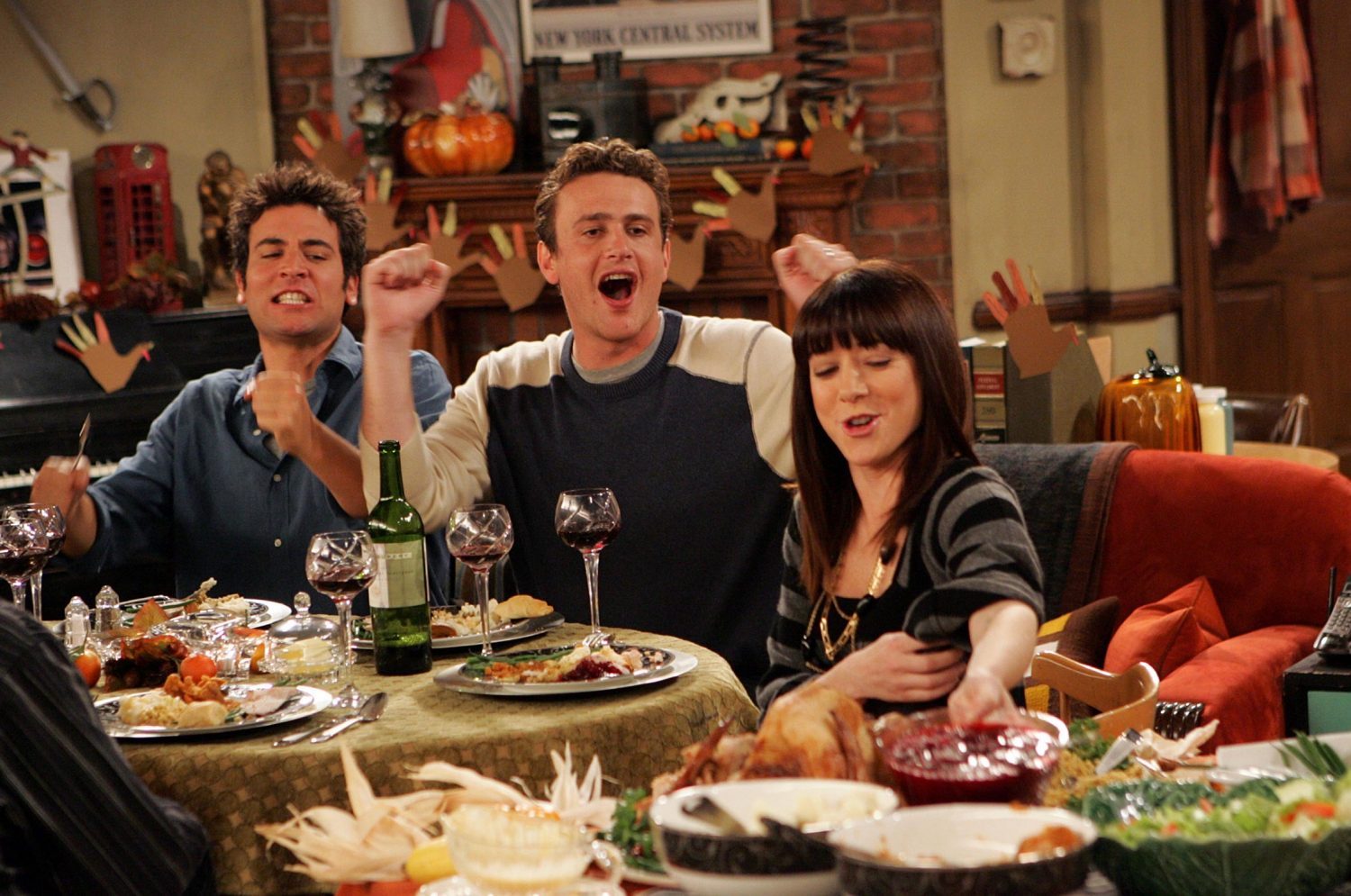 Are you still mad about some (or all) of the events in the How I Met Your Mother finale? Because we certainly are. Or maybe you’re one of the lucky fans that got exactly what you wanted in the end. Either way, on our last day of 30 Days of Thanks 2020, we’ve decided to focus on the Thanksgiving-themed episodes! So read on and enjoy!

What’s Thanksgiving, or any holiday really, without a little violence? We obviously don’t want blood and gore. But some slaps? Or, a lot? Hell yes! We are so in. Ahh the original song “You Just Got Slapped”. So much nostalgia and so much fun jam packed into an episode. And the Thanksgiving traditions that we saw continue on through Ted’s life and with his kids. Ugh, our freaking hearts. And stomachs after laughing so hard. This episode will always remain one of our all-time favorites. 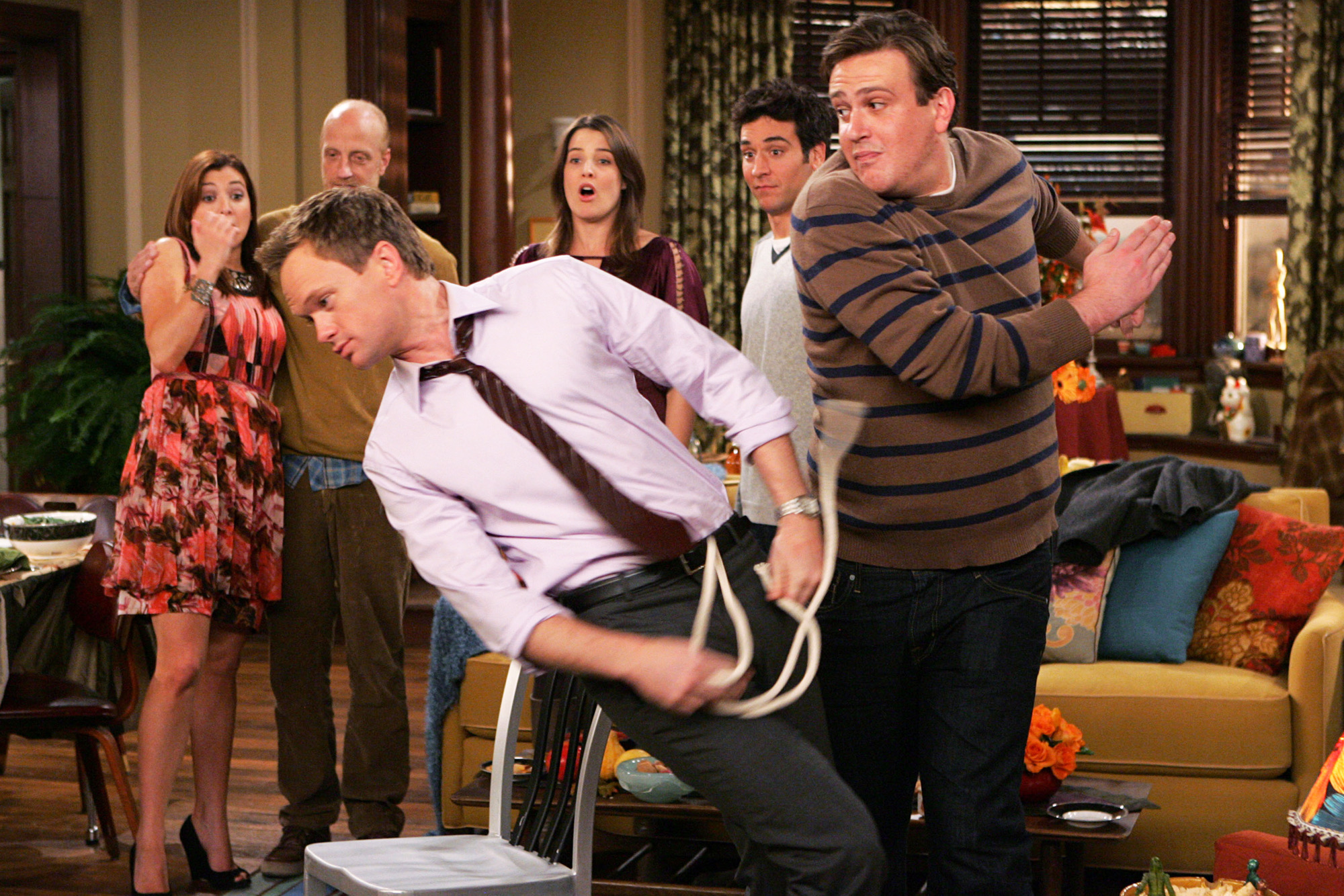 But if that’s one of our favorite Thanksgiving episodes of any show, then you know that “Slapsgiving 2: Revenge of The Slap” is right there with it! Not only did we get to see Barney’s slap get passed around hilariously, but we also got a board game. And we have never stopped wanting an official “Slap Bet” board game. If that’s a thing and anyone knows where to find one, please let us know. Or if someone wants to actually make it, that would be freaking sweet, too.

In our excitement over the slaps, we kind of forgot about the first Thanksgiving episode How I Met Your Mother gave to us. And that one was a great one as well. It was back in the first season, and those episodes are always a lot of fun. At least, we think so. Come on, the Lusty Leopard strip club, anyone? And seeing Marshall’s family was definitely a fun time. Especially with Lily thinking she was pregnant. That all made for a fun ride.

After the slaps, we got Ted trying to create a turturkeykey. We’re sure you remember that one, right? Who could forget such a confusing name? And such a fun time it was watching, of course! We also learned about The Blitz and if you think we have never had a use for that word in real life, you would be wrong. No one wants to be The Blitz. It’s like a title of shame. While we enjoyed this episode, it does lose some points because we weren’t fans of Zoey. Sorry. But not really.

This one is emotional by default just for being the last Thanksgiving episode of How I Met Your Mother we got. And just thinking about it gives us a case of the feels all over again. But this episode also took the opportunity to embrace all of the emotions and feels. So we had situations making us cry left and right. Between Lily and Marshall moving into the house Lily inherited to Robin thinking she’s pregnant. This episode threw it all at us. But it definitely still managed to be memorable and it earned a place in our top list of Thanksgiving-themed episodes. 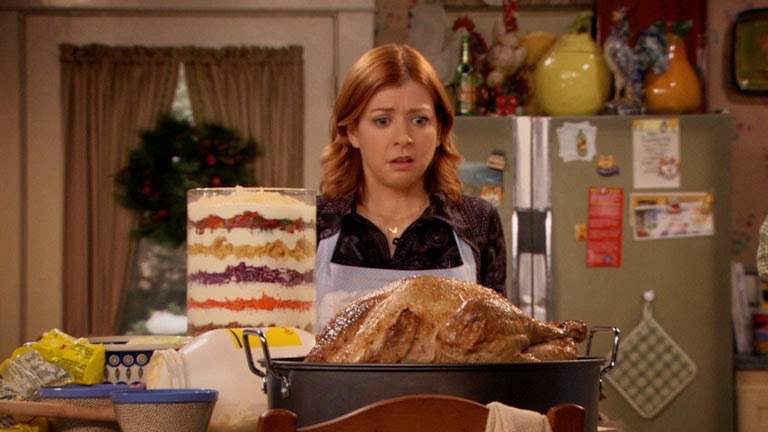 Were you a fan of How I Met Your Mother? Did you have a favorite Thanksgiving episode? If you do, we’re just going to guess that it was one or both of the Slapsgiving episodes. Because, hello? Even people who don’t watch the show know what those episodes are about. Or have at least seen a clip or two of them online. The scenes in them are as iconic as the couch scene with Ross yelling “Pivot!” From Friends. Find and follow us on Twitter @capeandcastle to share all of your thoughts on HIMYM! And be sure to check out our site for more articles, podcasts, and more on all things Disney and beyond!