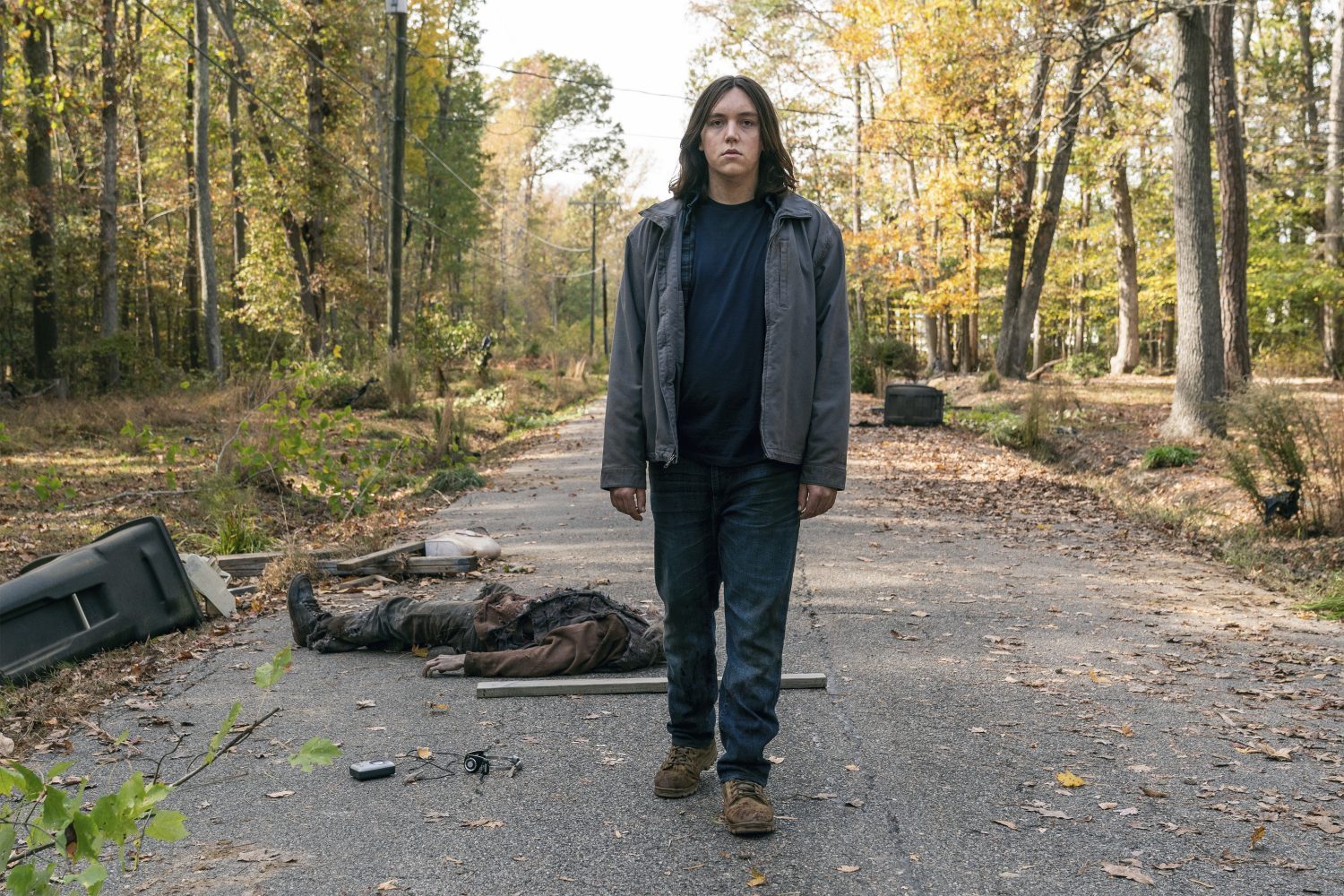 The time has come for us to learn more about Silas and what went down in his past! We’ve gotten glimpses of things before, but we were more than happy to finally see the whole story play out. But did that mean he wasn’t guilty of the death of Tony? Or did it just prove even further that Silas is more than capable of doing that to someone? We definitely thought things were looking a little suspicious. But not toward Silas! So keep reading for our TWD: World Beyond 1×08 review!

Duty, Family, and the Truth

Everyone was at odds over what happened with Silas and Tony. Sure, the evidence pointed to Silas. But they should all know better, Huck and Felix especially, that things aren’t always what they appear. And didn’t Silas deserve the benefit of the doubt? We certainly think he did. Huck and Felix were the ones calling the shots. And we understand that their job is to protect the group. Which means they have to make the hard calls sometimes. That’s part of their duty. And it’s also part of how Felix and Huck feel about Iris and Hope. Those girls are part of their family. 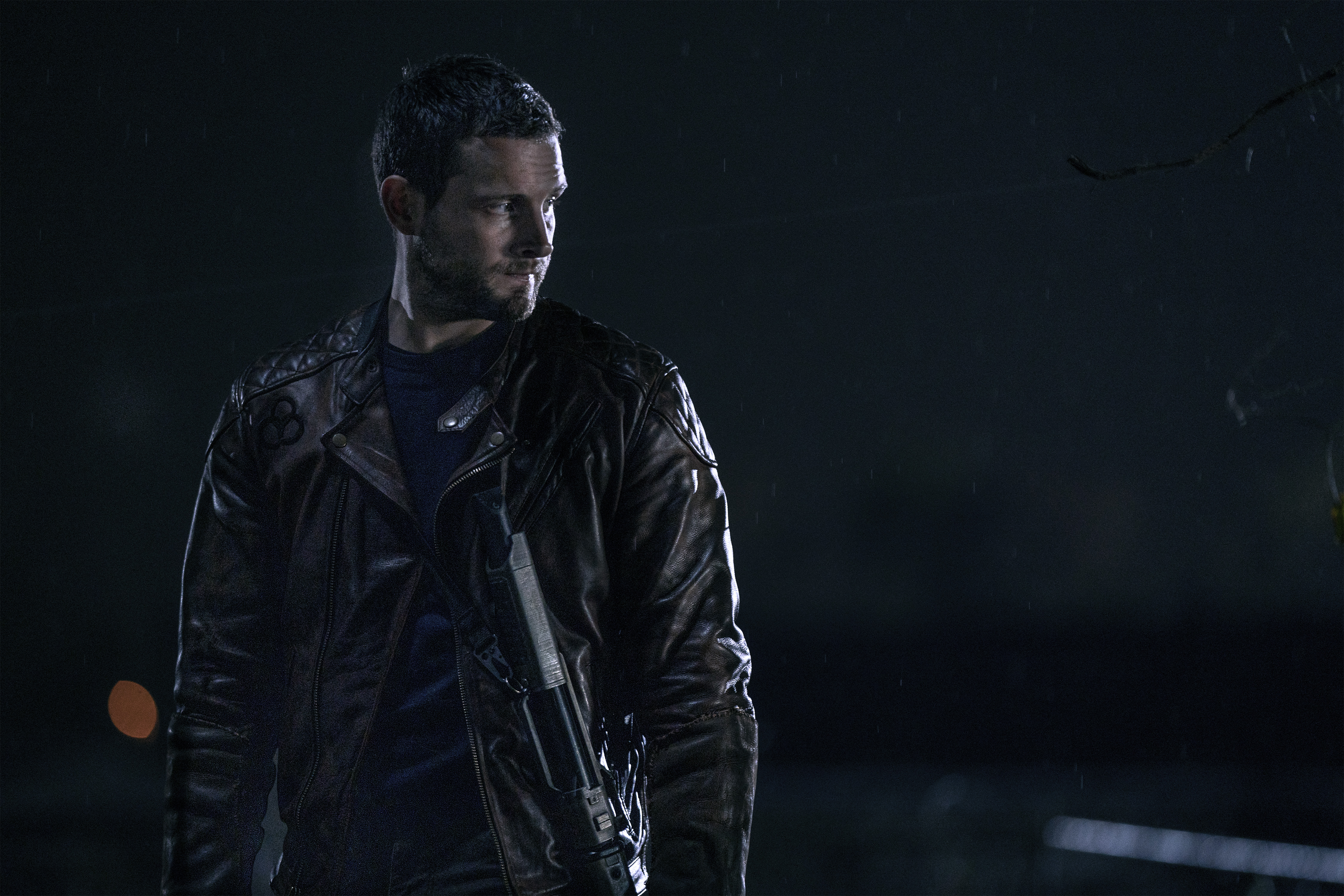 But whether Felix and Huck want to admit it or not, Silas and Elton have become a part of that family as well. Which means protecting them, believing them, is also part of their duty. And while Huck and Felix were between a rock and a hard place, we would be lying if we said we weren’t disappointed. Especially with Felix knowing what he did about Silas’ situation. Sure, he didn’t know the whole story. But he knew more than most. Then we had Hope. And while it hurt to see Elton hear it, we were glad that she finally told him the truth. He needed to know.

Can’t Escape the Past

Was Silas guilty of violently attacking his father? Yes. But that certainly wasn’t the whole story. What we saw was self-defense mixed with what looked like years of pent up rage. A rage that clearly came from years of being abused by his father. We only witnessed a few instances of abuse in the flashbacks. The reality of the situation is that Silas and his mother were both obviously physically, mentally, and emotionally abused by Silas’ father. For years. For what looked to be most of Silas’s life. And quite frankly, we believe the man deserved everything that Silas gave him. And then some.

But Silas only killed him after his father had been turned into a walker. While he had attacked and injured him, he didn’t even want to kill his father after he had turned into a walker. He only did it once he attacked Silas’s mother. And the fact that Silas still feels so much guilt and self-hatred over what happened shows what kind of person he is. And it shows what kind of person he isn’t. He certainly isn’t the type to just kill in cold blood. We knew that if it came out that Silas was the one who killed Tony, then he had a good reason for it. Because we know Silas isn’t a senseless killer. We didn’t believe that for a second and we wished the rest of the group had believed it from the get-go as well.

While we were proud of Iris and Elton for believing in Silas and that he was innocent, everyone else severely disappointed us. Hope flat out told Silas she thought he did it. Her apology about thinking Silas was guilty didn’t mean shit to us and we hope Silas doesn’t just forgive her for assuming. But he probably will. Because that’s part of who he is. Huck hasn’t seemed fond of Silas from the beginning, so we weren’t surprised she assumed his guilt. But we were still disappointed. And we’ve already said how disappointed in Felix we were. We were also kind of disappointed in Silas. Disappointed that he accepted guilt for things we know he wasn’t guilty of and for leaving the group. 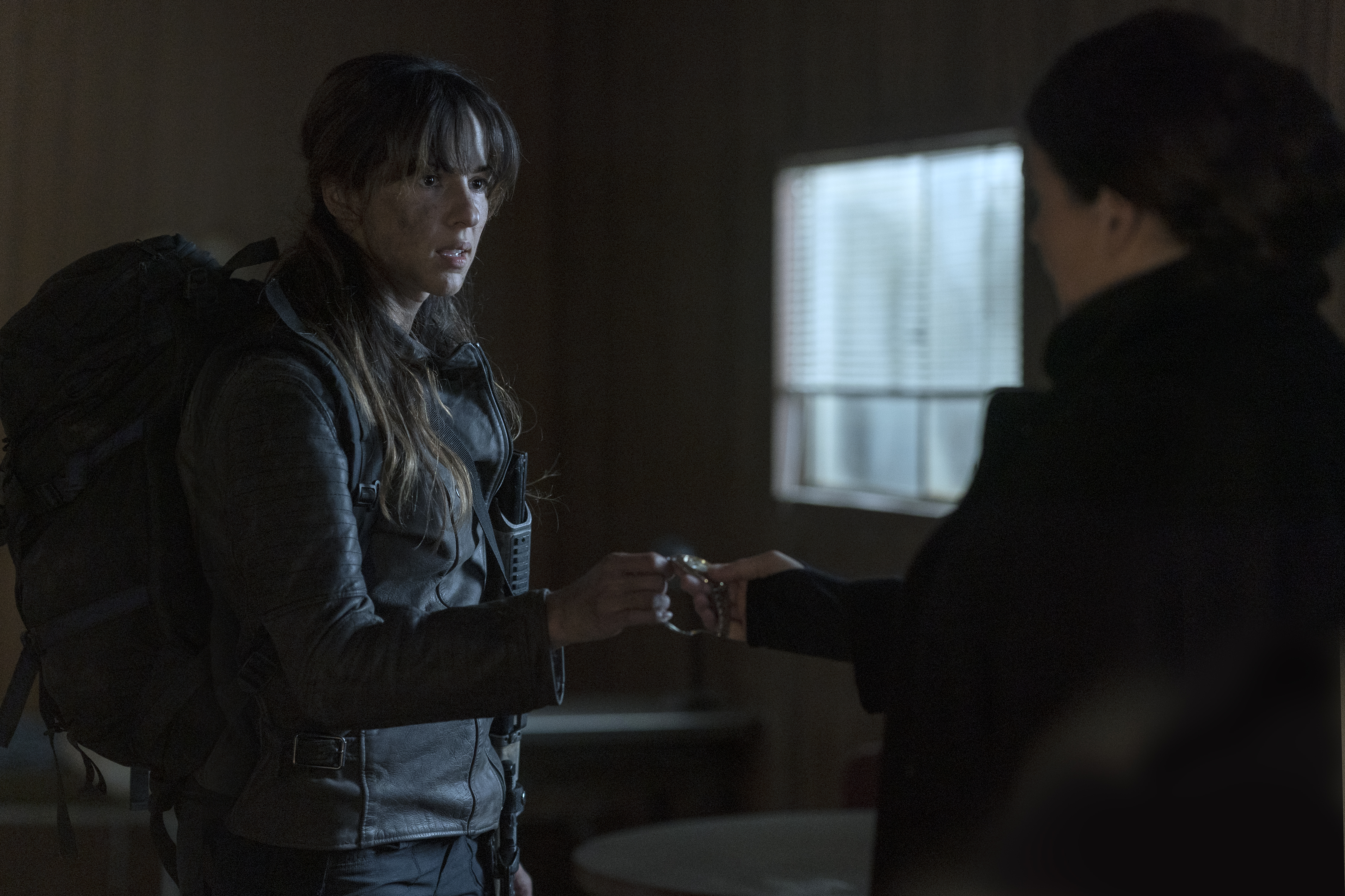 What did you think of TWD: World Beyond 1×08? Do you feel like we have a deeper understanding of Silas now? Did you believe that he killed Tony? Or did you think he was set up? We thought he was being set up from the moment it happened in the last episode. Do you blame Silas for how he handled things in his past? What did you think of Hope finally telling Elton the truth? And what about Huck? What did you think about her working with Elizabeth? Find and follow us on Twitter @capeandcastle to share all of your thoughts on The Walking Dead: World Beyond with us! Be sure to also check out our site for all things Disney and beyond! Besides articles, we’ve also got quizzes for you to take, podcasts for you to listen to, and more!