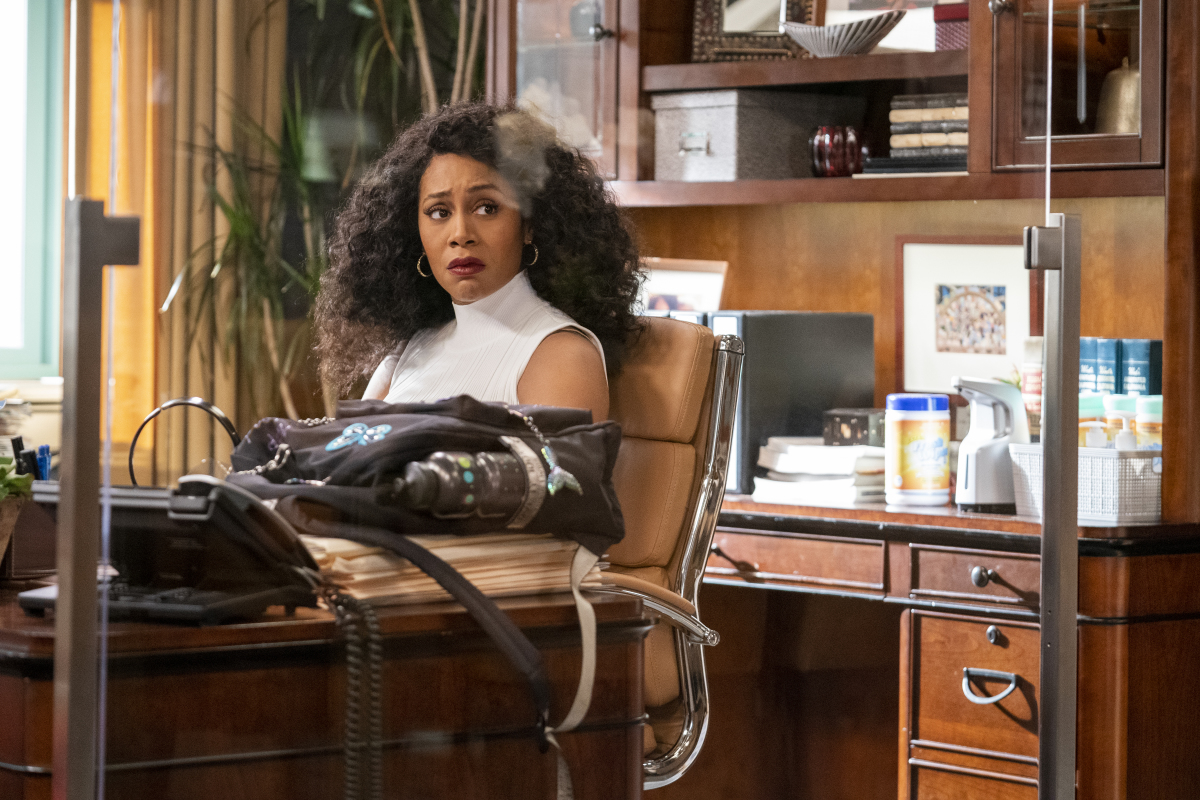 Last week left us with a bit of a cliffhanger about a doctored video of Lola. Now it looked like she may have to recuse herself because of it! As if that weren’t enough, we got another look at some flashbacks for things that went down between seasons one and two. And yes, by that we mean some of what happened between Luke and Emily. Then we had the source of the case. And while it was insisted that he didn’t have rage issues, some of his displays showed otherwise. So keep reading for our All Rise 2×02 review!

Have we mentioned how much we miss Luke and Emily? Because we really miss them. And we’re really upset about them taking a break, or being broken up. Whatever it is that they are. Anything other than together just sucks. And we were so excited after last week when Emily decided to go to Luke’s apartment. This week we were desperate to find out not only what happened between them, but what was going on between him and Samantha. And it didn’t take long for us to regret getting more info about what that was. We still don’t really get it. But we don’t like it. 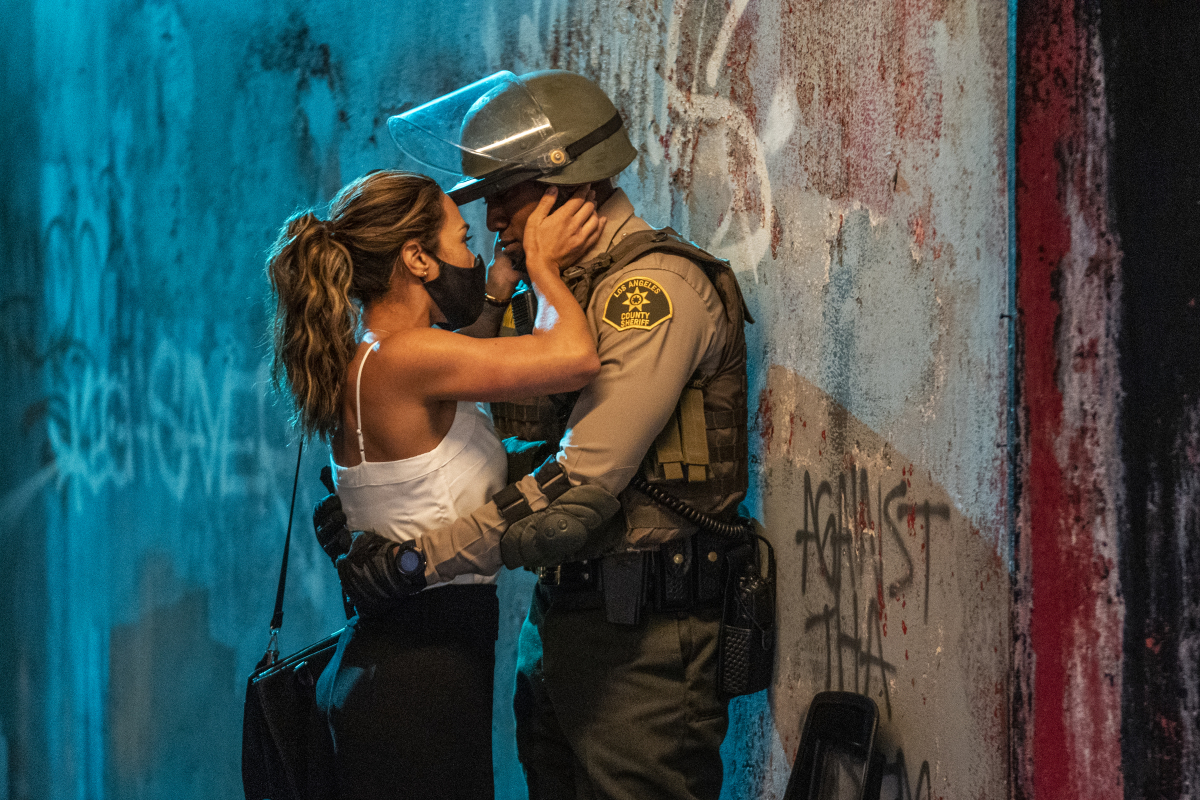 It wasn’t surprising to see Emily on the front lines offering people representation. She’s always going to do her best to support others and it’s one of the many things we love about her. But when Emily found Luke, we were hoping to find out what was going on. And while they shared a beautiful moment, we still aren’t entirely sure why they aren’t together now. Luke said he needed time to figure things out on his own. But now he has an understanding with Samantha? What the hell does that even mean? And why?! Honestly. Why? Sorry Samantha, but it’s a no from us. Whatever this “understanding” is, we’re going to need for it to end. Like yesterday.

We knew the video of Lola wasn’t even close to what actually went down. But regardless, it was causing problems for Lola and she so didn’t deserve or need the nonsense. And we’ll reiterate that we never have a doubt about Lola and her ability to remain impartial. Though our opinion doesn’t matter. Those higher up than Lola have to believe that she can be impartial and so do those involved with her cases. But it was dizzying to see everyone who knows Lola going around and giving their opinion of Lola and the video.

Also, can we add that we like Vanessa? Because we do. But, yes there is a but, she really needs to focus. Yes, she wants to learn and we believe she has the potential to kick ass at being a judge someday if that’s the course she chooses to take. But for now, as Lola said, she is a clerk and she needs to remember that. And, can she please address Lola properly?! Her disrespect was driving us crazy. The other thing driving us crazy was Jesse. Regardless of the cause, he was absolutely exhibiting symptoms of rage. And besides that, so was his father. If it was a condition, that’s fine. It absolutely needed treatment. But, otherwise, maybe he needed help in the form of anger management and counseling. And we fully agreed with Lola’s decision. Every single one of them.

So clearly things between Mark and Lola really haven’t improved much. Not that we don’t understand why. It just really hurts to see them at such odds. While they’ve disagreed on cases before, there was just so much more underlying emotion this time around. We needed Mark to apologize and we were so happy when he did. Because like Lola’s husband said, Mark has always had her back. He messed up. And he knows it. But now he’s finally acknowledged it. Now we hope that the friendship between Mark and Lola can get back on track. Because we need this duo. 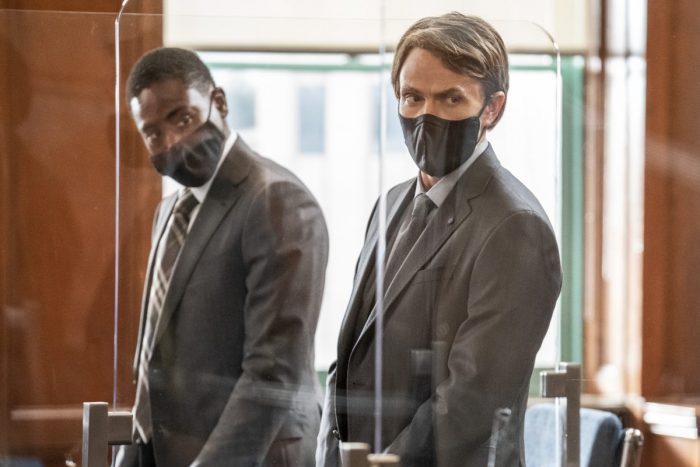 What did you think of All Rise 2×02? Did you think Lola made the right calls when it came to dealing with the video? Did you think that she needed to recuse herself? Or was she fine to continue with the case? What about what happened between Luke and Emily? And what about what’s happening between them now? What do you think about judge Brenner putting herself back out in the dating world? Find and follow us on Twitter @capeandcastle to discuss all things All Rise! And you can check out our site for more on all things Disney and beyond! We’ve got articles, quizzes, podcasts, and more!