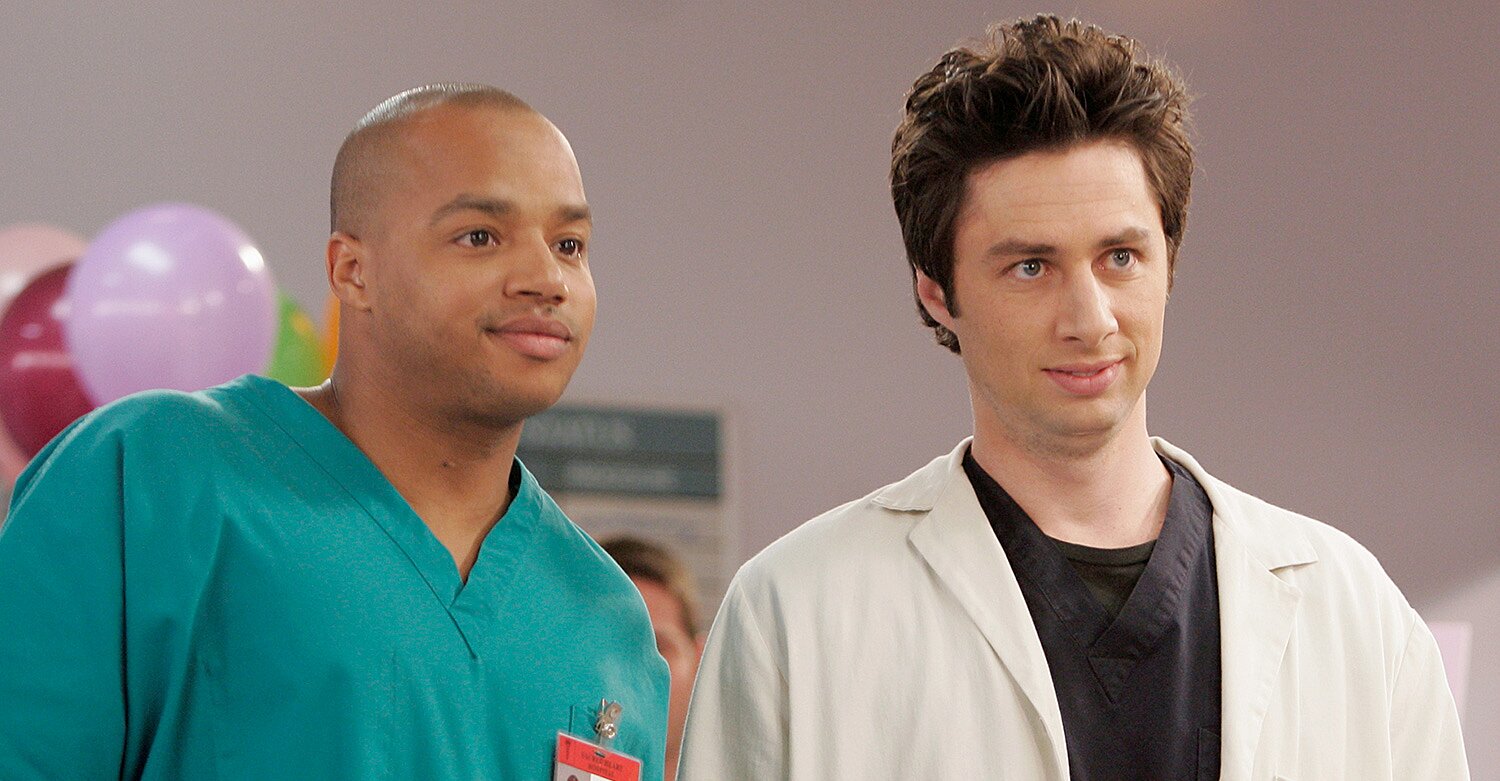 There really aren’t enough good things we can say about Scrubs. It was one of the first shows that made medicine funny for us. And it really honestly made us laugh out loud every episode. It was fun to watch! But it also had deeper tones and storylines at times that we really related to. And it lasted for a long time and didn’t get cut short. Some may even say it lasted longer than it should. But not us! We loved it from start to finish. And that’s why we’re taking advantage of today’s 30 Days of Thanks to talk about Scrubs!

You had to know we were going to talk about the relationships! They were such an integral part of this series and part of what made us love it so much. First of all, the friendship between JD and Turk was the purest form of pure. The true definition of best friends forever. These two showed us exactly what we wanted in best friends for ourselves. Even when they weren’t getting along or they disagreed, they never let it ruin their friendship. They found a way to figure it out every time. And we will always be grateful for them and their relationship. 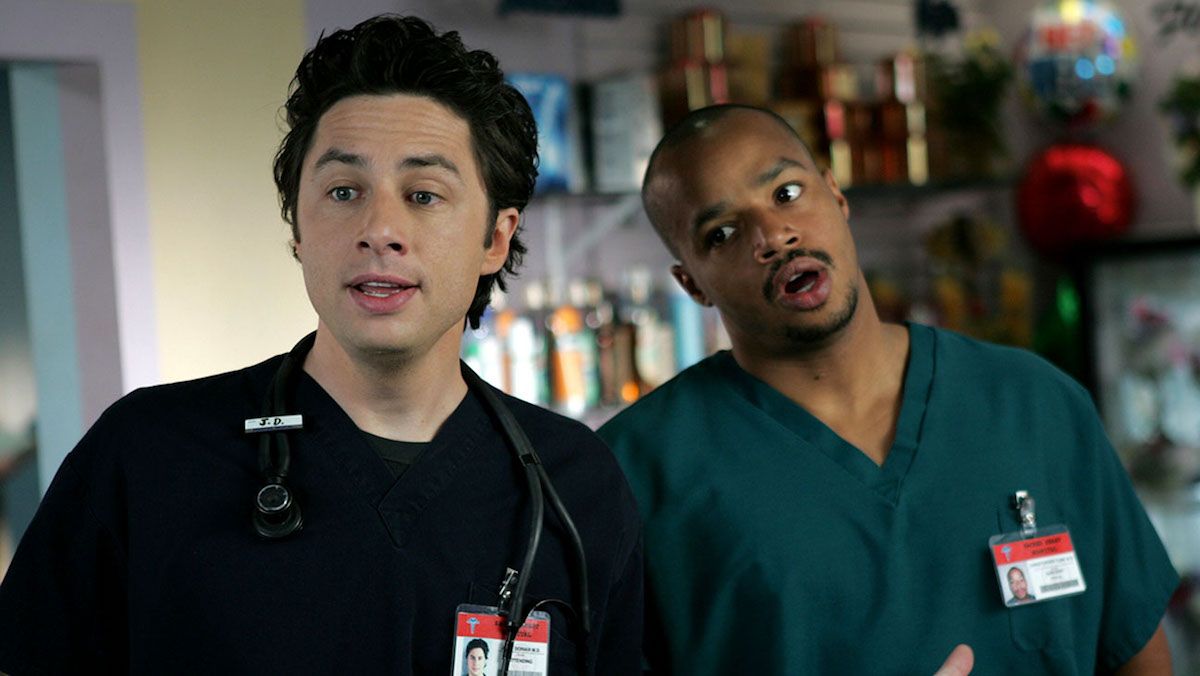 As for the romantic relationships, we’re exceptionally thankful for Turk and Carla. What they had was amazing! And it was so honest and organic that we get emotional just thinking about it. We consider ourselves extremely lucky to have been able to watch their journey from when they first met and beyond. But they weren’t the only couple we had. There was also JD and Elliot. But, while we loved to watch their drama (for the most part) we also really loved having a stable relationship like Turk and Carla. Though we were glad to see them come together in the end. As they should.

Okay, so we know this one sounds a little crazy. But we really are thankful for Dr. Cox. We started off the series really disliking him. Even though we thought he was funny and kind of enjoyed him picking on JD sometimes. But as time went on, we got to know more about him and why he acted the way he did. And we really grew to love his character. He was also a pretty great doctor.

But it never really stopped being difficult for him to get close to people. Or to open up and talk about how he was feeling. And we only ever got one Thanksgiving episode out of the series earlier on. So we didn’t really get to see Cox find his inner sense of family and break bread, or turkey as the case may be, with the rest of the group. Though JD getting appendicitis also kind of put a damper on being able to see that anyway. At least they all got to enjoy some drinks together for the holiday. Sans Cox.

The Show Lives On

While this certainly wasn’t the finest Thanksgiving episode of a show out there, we still love it. It was set early on in the series, so it is a great reminder of where the group started. And it showed some of their issues with one another, whether they were besties like Turk and JD or still acquaintances like Carla and Elliot. But more importantly, it showed how they overcame them and set us up for one hell of a show. Even though it’s over now, we will never stop looking back on it fondly and we will never stop rewatching it. Especially the holiday episodes. Though we may prefer the Christmas ones when it comes to Scrubs. 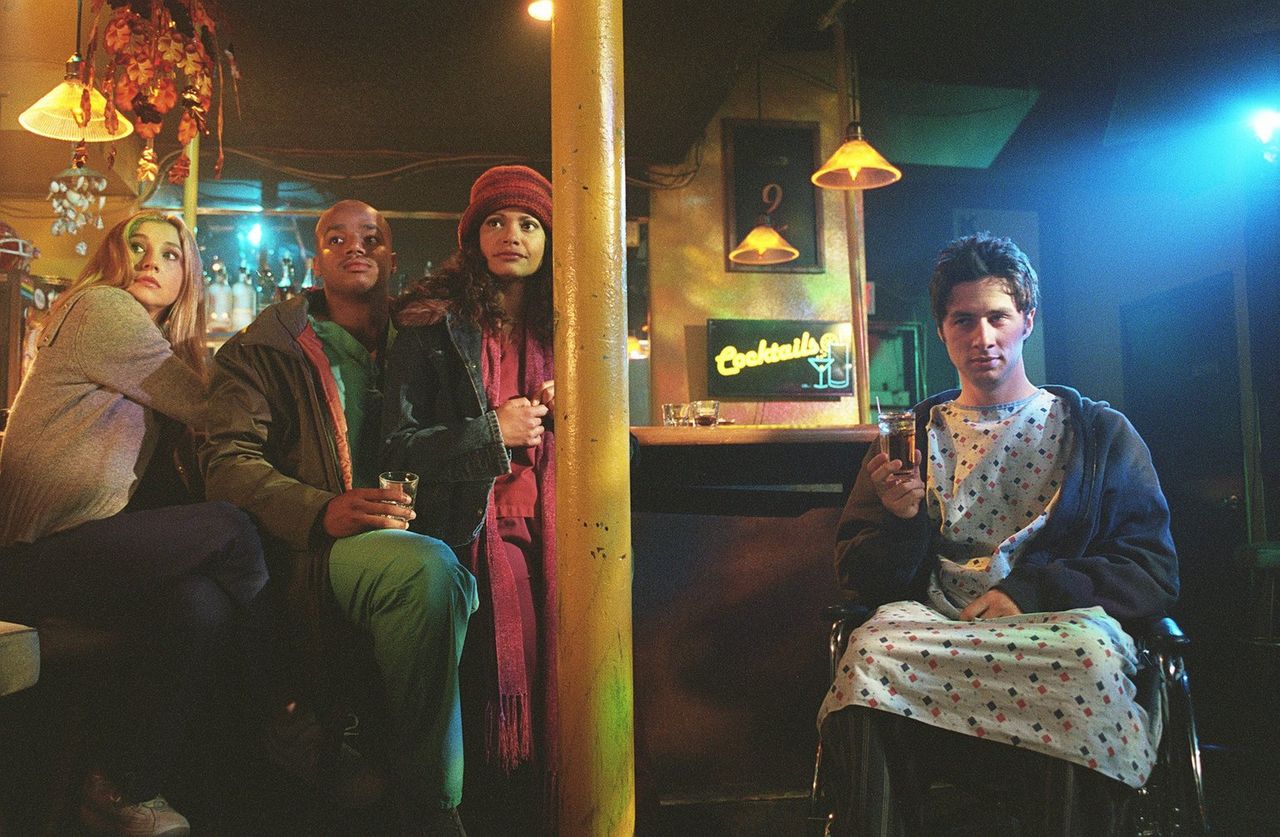 Was Scrubs one of your favorite shows as well? Did you enjoy the Thanksgiving episode? Or did you prefer episodes that came in later seasons? Do you have a favorite character or two? Or did you always prefer them as an ensemble? Did you watch the show all the way until it ended? Or did you quit when the cast started changing up, as many fans chose to do? You can find and follow us on Twitter @capeandcastle to discuss all things Scrubs! You can also check out our site for more articles, quizzes, podcasts, and more on all of your favorite things, Disney and beyond!