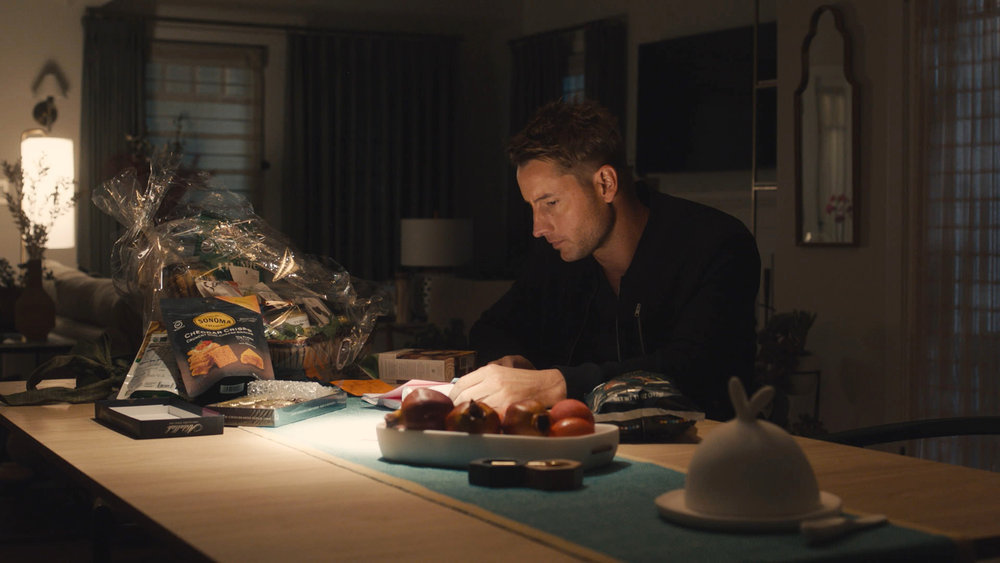 This Is Us pulled out all the stops for its fall finale by dropping a few bombshells that are sure to shake up the Pearsons even more for 2021. Read on to see where This Is Us 5×04 Honestly found the big three and where they might be headed.

The hour focuses on Kevin as he struggles to impress the director of his new movie. Things move back and forth between Kevin as a newborn and Kevin as a freshly minted teenager. So we gain further insight into Jack and Rebecca as parents and how Kevin remains bonded to Randall, despite their falling out. First up, we find Jack and Rebecca discussing sleep training their newborn son. Rebecca is against letting Kevin cry it out. But Jack thinks it’s for the best. Jumping ahead to Kevin’s early teenage years we find the same pattern emerging. Kevin nears exhaustion with his late-night/early morning workout sessions and trying to memorize his new football playbook. 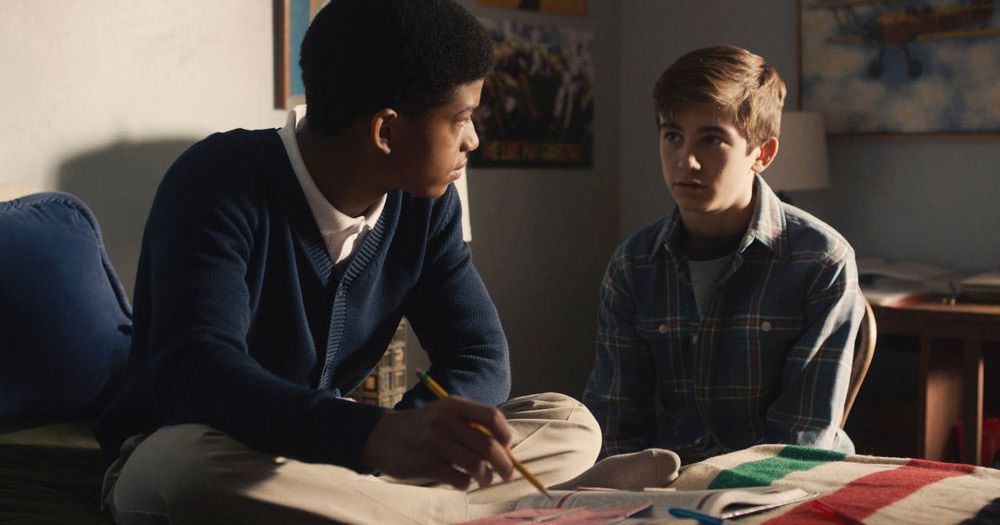 After being yelled at by his coach (yes, that was CSI, MacGyver star George Eads) Kevin wants to quit. And while Rebecca is all for this, Jack points out she has to stop letting their son give up every time the going gets tough. So Rebecca goes to talk to him and finds Randall teaching Kevin his trick for memorizing important facts. Then he will know the playbook next practice. She tells a disbelieving Jack that their sons are getting along, and Jack shares with his wife how his own father belittled him and he wants his children to know their dad sees greatness in them. In the present day, we see Kevin contemplating quitting his new movie. But after a talk with Kate, we find Kevin using the same memorization trick Randall taught him to improve his performance using the director’s notes.

As Kate and Toby plan for their new addition, Kate happily attends Ellie’s ultrasound! And she lets slip the name they have chosen for their daughter. And Ellie seems to hesitate. For a moment Kate worries that Ellie is having second thoughts but is relieved when Ellie replies that a mean girl at her high school was named Chloe. Ellie then tells Kate there are many things she’s not sure of but giving her baby to the Damons is not one of them. Kate is deeply moved by Ellie’s story about how she at first considered an abortion but could not go through with it. And later back at home, she reveals to a shocked Toby something she has never told anyone. After her breakup with Marc, an eighteen-year-old Kate found herself pregnant.

Malik spends the day shadowing Randall at work. And despite nodding off a few times, Malik is doing a pretty good job! Until he’s distracted by a phone call from home and forgets to end Randall’s live stream. Leaving Randall’s constituents to see their councilman stripping down to nothing to change into sweats. Randall gently scolds Malik, but Malik surprises him by pointing out the extra effort he had to put in to prepare for the day and how his daughter’s needs always come first. And despite that, he still has every intention of attending an Ivy League school. Along with becoming a chef at his own restaurant. Randall is so impressed he offers to help secure Malik an internship at city hall. 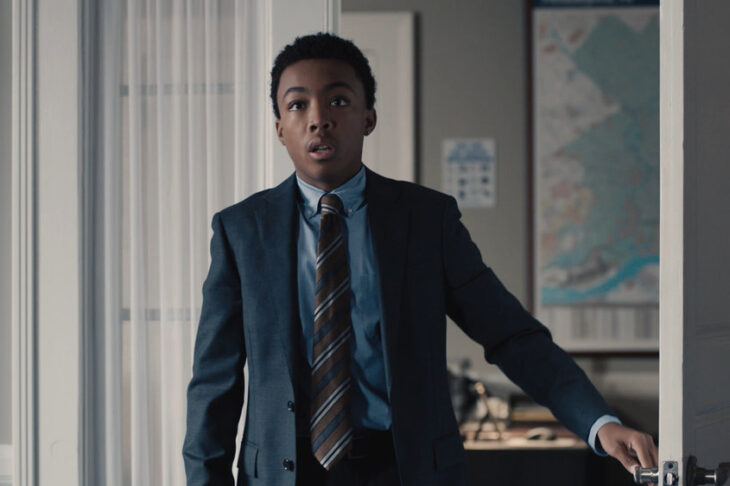 Returning home, Randall learns his live stream snafu has gone viral. And that leads to our last bombshell of the night. We find the Vietnamese grandfather from last week replaying over and over Randall’s words about his biological father William Hill and then looking up at the picture of Laurel. So what are your thoughts on what will happen to the Pearsons in 2021? Is the baby girl Ellie’s carrying Hailey? Will Madison and Kevin grow closer as her due date approaches? Are any of our theories about Laurel right? Drop a comment below! Or share your thoughts with us on Twitter @capeandcastle! You can also check out our site for even more articles on your favorites!