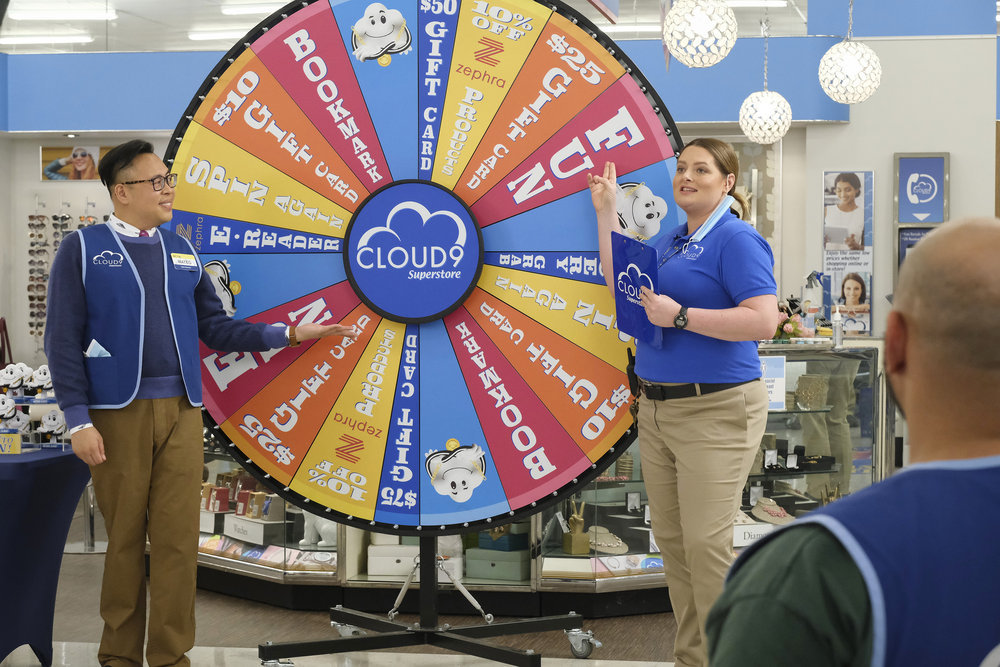 When Glenn is exposed to COVID, it’s Dina’s turn to run the store. And if you weren’t immediately anticipating so much chaos and hilarity, we don’t know what to tell you. Because we knew it was going to be insane before seeing even a single promotional video or photo for the episode. But we didn’t know what exact situations would come about to make it so funny and chaotic. We may need more Garrett and Cheyenne team-ups after this episode! Because that was pretty great to watch. So let’s talk about Superstore 6×04!

We really didn’t find ourselves surprised that Glenn had been exposed. And we mean that in the least mean way possible. But, you know. He’s Glenn. Were any of us really surprised to hear this from him? We also really weren’t surprised to hear that Glenn hadn’t even realized he was exposed. So that left Dina in charge of it all. And while she looked freaking fantastic in the blue blazer, her management style was as rough as ever. Which isn’t that much different than usual, it’s just that being an assistant manager clearly keeps her at a more containable level. Because it didn’t take long for the store to hilariously fall apart. 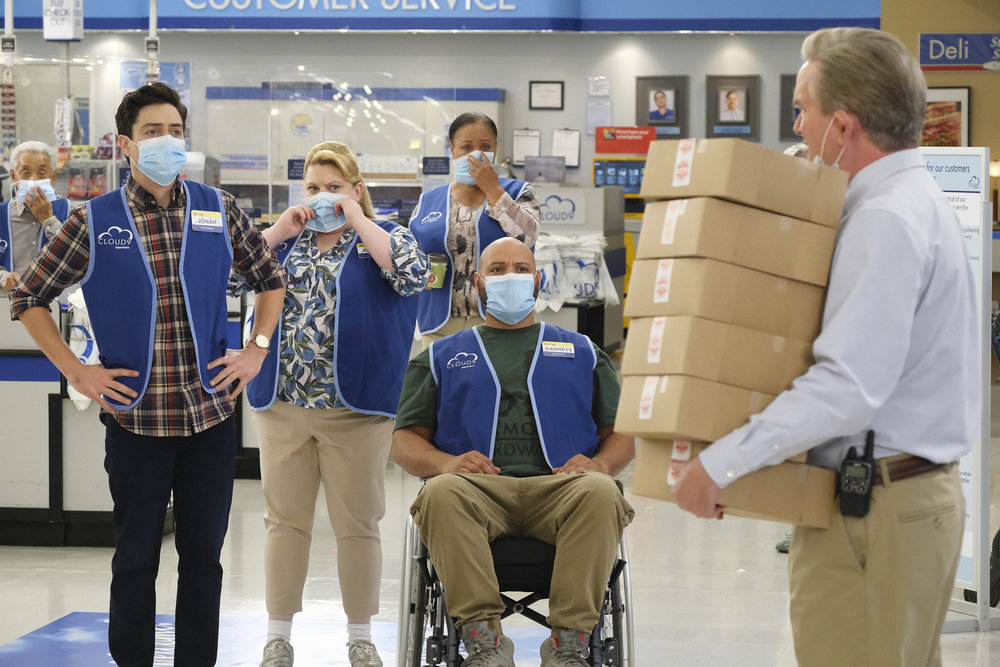 But we do have to give her credit for working even harder than usual. Because the second she took over for Glenn and he wasn’t around, Dina made it her mission to make Cloud 9 even more successful. And what better time to do that than with the prize wheel and in-store-vaganza? Maybe literally any other time. Because Dina was dealing with issues out the wazoo, especially concerning the tension between Sayid and Justine. All the associates seemed to start having issues with one another and every rule Dina made only seemed to make it worse. But Dina brought it all back and we very much enjoyed watching the crew destroy the prize wheel and work off some of their aggression.

We loved that Glenn didn’t want to have to leave, even though he really needed to. Literally did not have a choice. But when has that ever stopped Glenn? Because he absolutely came up with an alternative option by hanging out in his car all day. With 72 donuts that he refused to eat. He definitely didn’t need to eat all of them, but if he was going to insist on sitting in his car all day and wasn’t even going to leave to go to a drive-thru, he needed to eat something. And, hey, if donuts were what he had on hand, we say go for it.

Poor Sandra always seems like the one in charge of keeping anyone out of the store connected. Which left her to be the one on the phone with Glenn for a good part of the day. She had to keep an eye on what was happening with the prize wheel while also trying to follow all of Dina’s new rules. And while it was a recipe for laughs, it also meant that things were only going to continue going downhill.

Jonah had an awesome opportunity for a new job. And we were absolutely hoping that he either wouldn’t go to the interview or that he wouldn’t get the job. That’s a terrible thing to say and want but we can’t deal with anyone else leaving. Especially Jonah. But we didn’t have to worry because it wasn’t really a job interview at all. It was just something the man agreed to do for Jonah’s father to help get Jonah more motivated. Then we had Cheyenne and Garrett left with the job of searching for the strange and disgusting smell. And if we’re being honest, we’re really upset that we didn’t get to see what was causing the horrific smell within the store or where Cheyenne and Garrett found it! 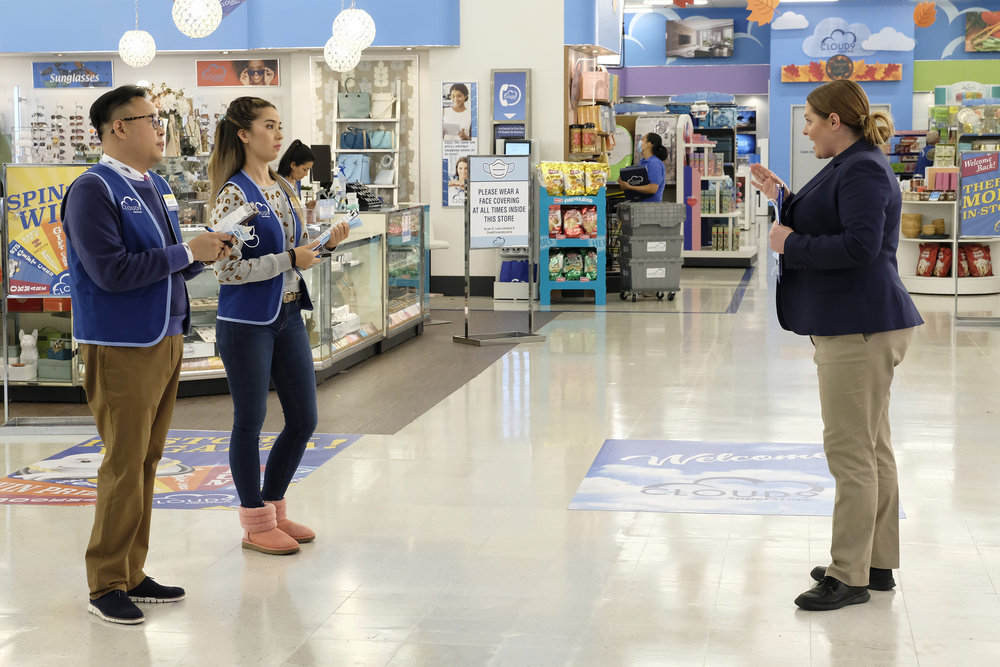 What did you think of Superstore 6×04? Did you like Cheyenne and Garrett teaming up as much as we did? What about Dina? Did you like the way she ran the store? Or do you prefer her in the role of the assistant manager? What about the situation with Jonah? Do you think his dad’s heart was in the right place? Or does he just need to let Jonah find his own path and live his own life? What about the object that was causing the bad smell in the store? Do you have any guesses as to what it might have been? Or where Garett and Cheyenne found it? Find and follow us on Twitter @capeandcastle to share all your thoughts on Superstore and more! You can also check out our site for more articles, quizzes, and podcasts on all of your favorite shows, Disney, and beyond!