Last week on Swamp Thing (review here), Allison got confronted by her dead best friend and Swamp Thing/Alec got a visit from a stranger, offering to help him gain understanding about himself. This week, Daniel Cassidy’s backstory is revealed as he made a painful transition much like Alec Holland did. Swamp Thing must decide what to do with his new life. Chance losing the rest of the connections he has to his human life or give in and become one with The Green in order to stop the “rot” that’s spreading from the swamp.

The episode began right out of the gate with a group of mercenaries that Avery hired trying to capture Swamp Thing with giant bear traps and weapons. Swamp Thing manages to send them packing with deadly injuries that leave them traumatized. Hey, they did it to themselves.

Still, it leaves Swamp Thing in a terrible mindset. I can’t blame him either. Soon enough it’ll bring him face to face with the one behind everything, not just his own demise into this creature but the destruction and outrage of the swamp. Yup, that’d be Avery Sunderland (Will Patton). Should be an interesting confrontation. 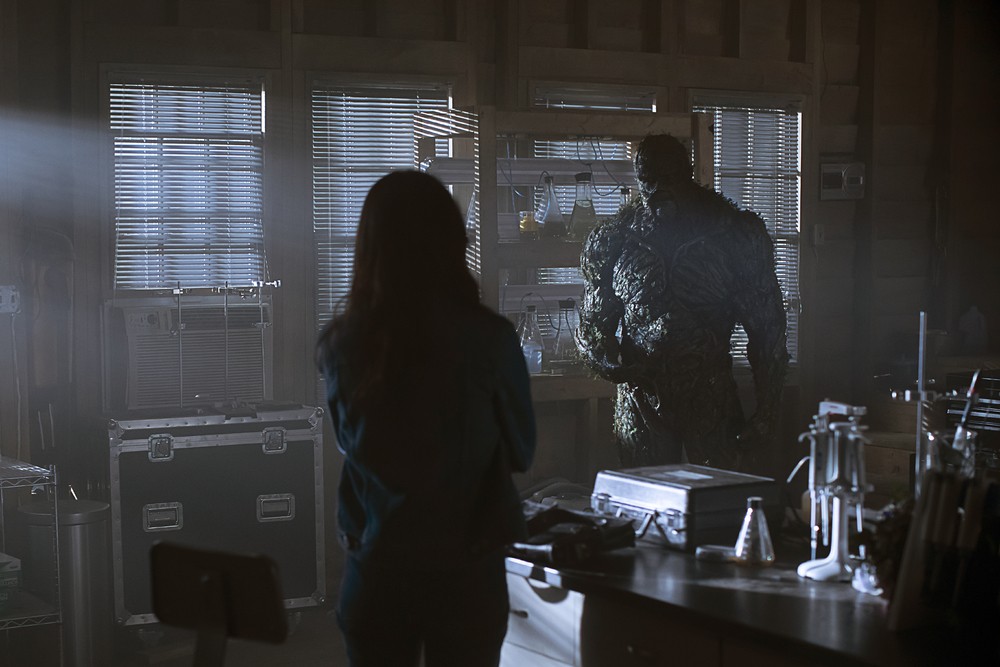 Abby (Crystal Reed) is officially tired of standing by as people she cares about like Liz (Maria Sten) and Daniel (Ian Ziering) and others are getting threatened and endangered by Avery. Confronting him herself, she reminds him that she isn’t the little girl he knew and that he needs to stop messing with those she loves. This showed a different side of Abby. While typically we see her scientifically passionate side, this was the warrior in her coming out. You don’t mess with Abby’s friends.

She even goes to visit Swamp Thing/Alec (Derek Mears). She’s not one to fight fire with fire and trying to figure where to start when so much of Marais has been touched by Avery’s diseased hands of greed is tricky. Hopefully, the two of them together, and the others, like Liz,  tired of Avery’s hold on the town may be able to get rid of him.

Does He Stay or Go?

Swamp Thing and Abby discuss what it would mean for him to give in to this new side of him and connect further with The Green: the entity gave him a second life. He could lose himself, but he may also get to the bottom of this “rot”. While I want to think Swamp thing will still come back to Alec Holland if he grows closer to The Green, that may not be the case. He’s not technically Alec anymore. He’s so much more. But change isn’t easy to accept, especially after you get murdered and the swamp turns you into a creature.

So a moment to talk with Alec himself is needed and that’s what Swamp Thing gives Abby at the end of the episode. I’m still unclear on how he brought Alec out in human form but it was magical and I don’t question magic. I did feel my heart skip a beat when he said Abby’s name though. 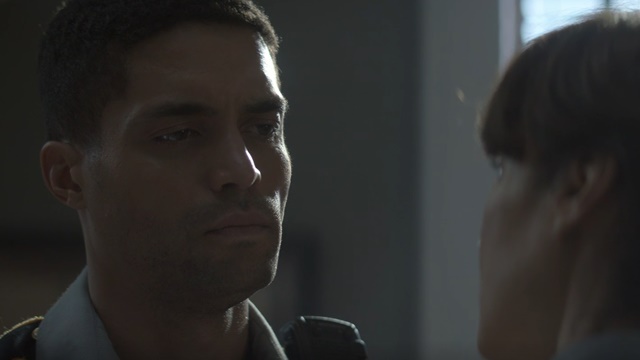 Sheriff Lucilia Cable (Jennifer Beals) finally talks to her son about the man she killed in 1×05. Matt (Henderson Wade) is sure it was out of self-defense but she reveals it wasn’t. That she knows about what he did to Alec because Avery Sunderland had gotten to him. Matt can’t deny it and our hearts break because he succumbed to Avery’s blackmail. On one hand, I understand why. He was protecting his mother from getting ousted by a file of all her illegal activity. 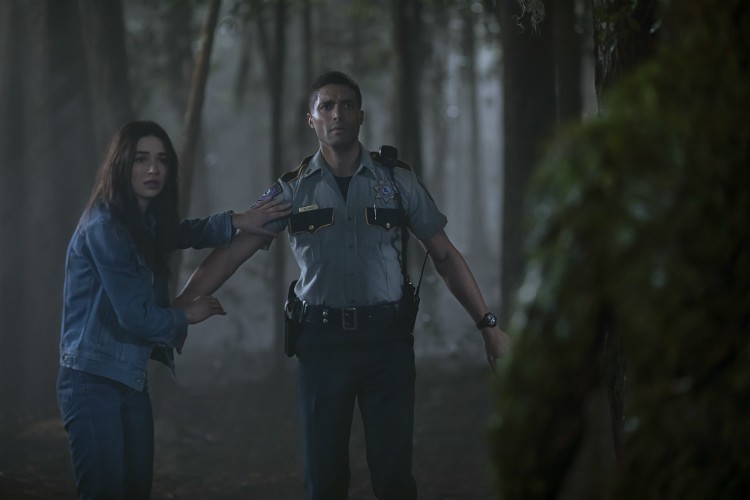 Sent out to investigate what attacked two men, Matt ran into, not just Abby, but Swamp Thing/Alec and his horrified. The man who was supposed to die but didn’t. Then again, maybe he should feel relieved? Having death on your hands is heavy. Can his ugly deed be redeemed? Honestly, I hope so. Matt isn’t entirely bad. He’s just in a bad situation thanks to his mother.

The Blue Devil Becomes Him

As it turns out, the Phantom Stranger didn’t just visit Swamp Thing. He visited Daniel, too, on the set of the movie he’d scored the role of Blue Devil. Obviously, Daniel didn’t pay attention to the stipulations laid out about gaining that fifteen minutes of fame. If he had he may not be stuck in Marais. Yet, the timing is perfect. Honestly, I was excited to see how he became the Blue Devil and what it might mean for him in the future. He probably didn’t expect a life of superpowers and a rough-and-tumble of the strange and unexplained. Everybody starts somewhere. Daniel truly started in Marais, in a coma.

When Daniel awakened from his coma, which I expected, his powers came to life, which wasn’t so expected, but damn was it exciting! Less exciting was Woodrue sticking his nose in and giving Daniel some of Swamp Thing’s DNA. It wasn’t for Daniel’s own good with hopes that it would help him. He was using the man that was supposedly a vegetable as a guinea pig and while it helped bring Daniel out of his coma, I was horrified! What Woodrue did doesn’t make him a good scientist. That makes him incredibly dangerous. He cares less about human life now and more about what this discovery could do for him. 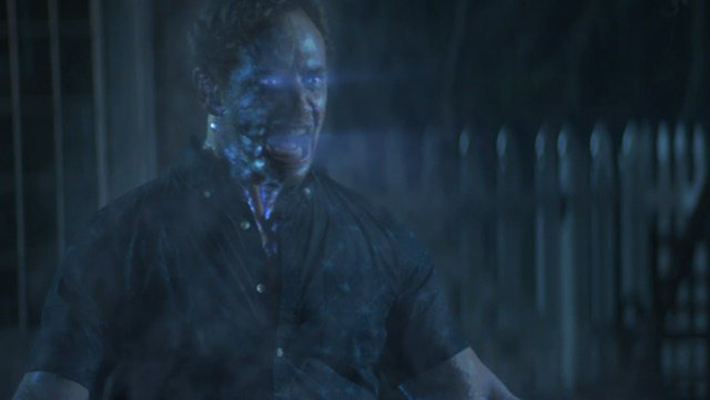 Luckily, Liz does care about Daniel and finds him back at his place. It doesn’t last long because Daniel is still on the verge of catching fire and desperate to find Woodrue who jumpstarted his transition. His powers coming to full fruition is incredibly impressive but also deadly. This was such an intense moment and I was thankful that somebody heard his plea for help, albeit that was Mrs. Woodrue. Poor Daniel. I certainly don’t envy what he’s going through.

This arc has to be my favorite out of the episode. Daniel got so much more screen time and his story was further explored.

What did you think of this week’s episode? Let’s chat in the comments below and don’t forget to follow us @capeandcastle on Twitter to follow other shows you love! 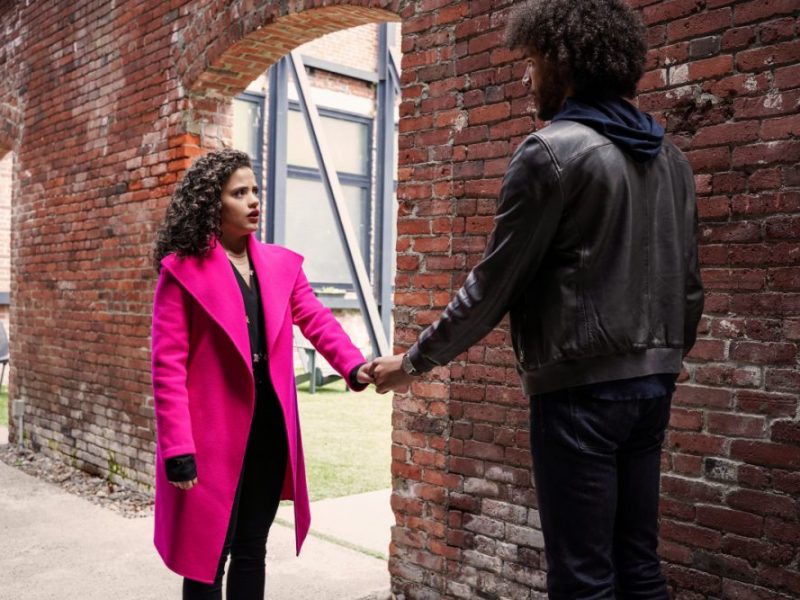