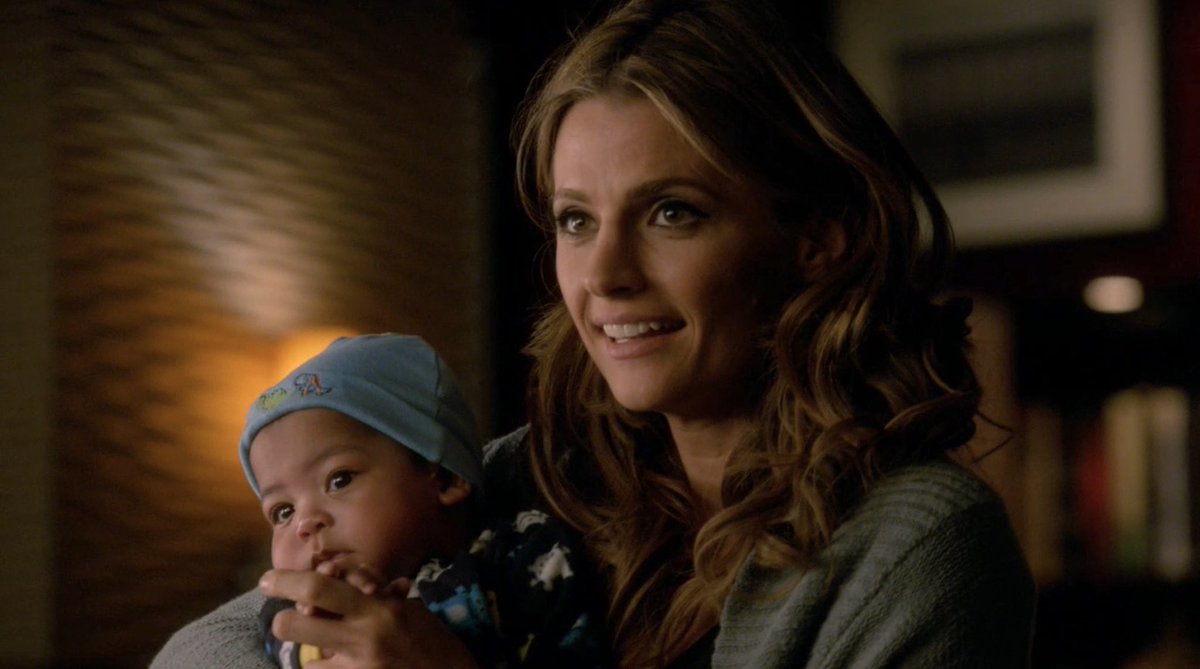 Ahh, yet another series that we look back on fondly. Castle was so great in so many ways. And we will forever be grateful that we had this show. They also didn’t give us holiday-themed episodes all the time. So when they did, we appreciated them even more. And what better time to express our thanks to Castle than during 30 Days of Thanks this year? So keep reading as we do just that, with emphasis on their Thanksgiving episode!

This episode seemed so determined to give us a serious case of the feels. And, wow! It certainly succeeded. Because watching Castle and Beckett with a baby was just the purest thing. As shippers, we were absolutely living our best lives and loving every second of it. Add in that it was Thanksgiving time and we were beyond grateful. The episode was the gift that kept on giving. And naturally, the humor was absolutely on point as usual. And that sense of humor is something that we’ve always been grateful for when it comes to this show. Rick was hilarious from the get-go. But from the moment we met the rest of the team, we knew there were going to be plenty of laughs from the other characters along the way. 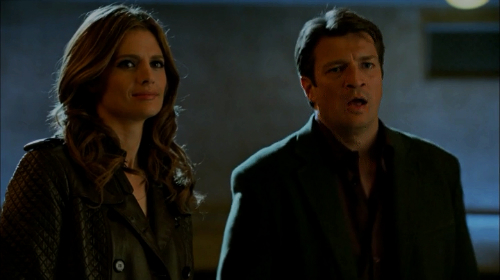 When it came to celebrating Turkey Day, we weren’t shocked in the slightest that Castle had a tradition of dressing up for the holiday. It was literally the most Rick Castle thing to do ever. But we love who Rick is as a character and the way he impacts the other characters around him. The way these actors all worked together was magical and it was something else that we will always be grateful for.

The Cases and the Development

We got to watch these characters grow and evolve every single episode for eight seasons. And the way they all did that was exceptional. It was heartwarming and honestly, while we never wanted it to end, the show even did that in the most satisfying and incredible way. We never want our favorite series to come to an end, but we do understand that nothing lasts forever. Even the best shows.

So if this one had to end, then we’re so grateful that it ended well. Because we’ve experienced a lot of shows over the years that haven’t been able to do the same. Or they chose to leave things so open-ended that we had too many possible scenarios playing in our heads. Plus, we live in a time of revivals, so we will always hold out hope for this cast to get together again someday and let us know where their characters are now.

There is a positive side to our favorite shows ending. We know, that sounds crazy. But it’s the projects that the members of the cast move on to later. And the way they make cameos in one another’s shows. The ones that remind you of how they used to be in the roles of their prior characters so fondly. And the Thanksgiving episode will always be one of the ones we think about when we see these actors come together. Because honestly, these actors are all freaking thriving. We’ve got Nathan Fillion in The Rookie, which we absolutely recommend. And it’s one that has a reunion or two from this cast. Stana Katic has been working on her Amazon original, Absentia. Which is mind-blowing! Seamus Dever just had a stint on Titans and has a few other projects in the works. Jon Huertas can be found on This Is Us. And in addition to a few 9-1-1: Lone Star appearances, Tamal Jones is also working on a show called Rebel. 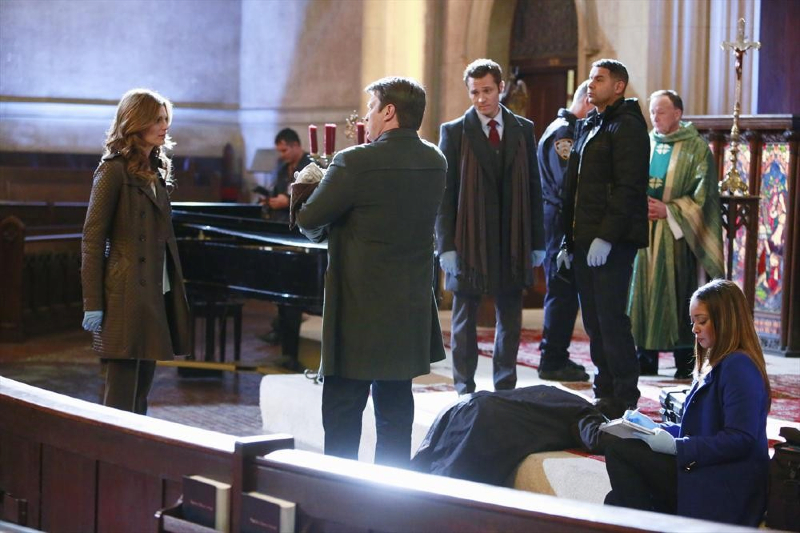 Was the Thanksgiving episode one of your favorite ones? If not, what were some of your favorites? Is this episode a part of your Thanksgiving watchlist? Is this show on your Thanksgiving watchlist? Do you look back on Castle as fondly as we do? And what about the rest of the cast? Do you watch any of their current projects? You can find and follow us on Twitter @capeandcastle to discuss all things Castle and all things Thanksgiving. You can actually hit us up to talk about any show, movie, or characters you love! Be sure to also check out our site for more articles, quizzes, and podcasts on all things Disney and beyond!