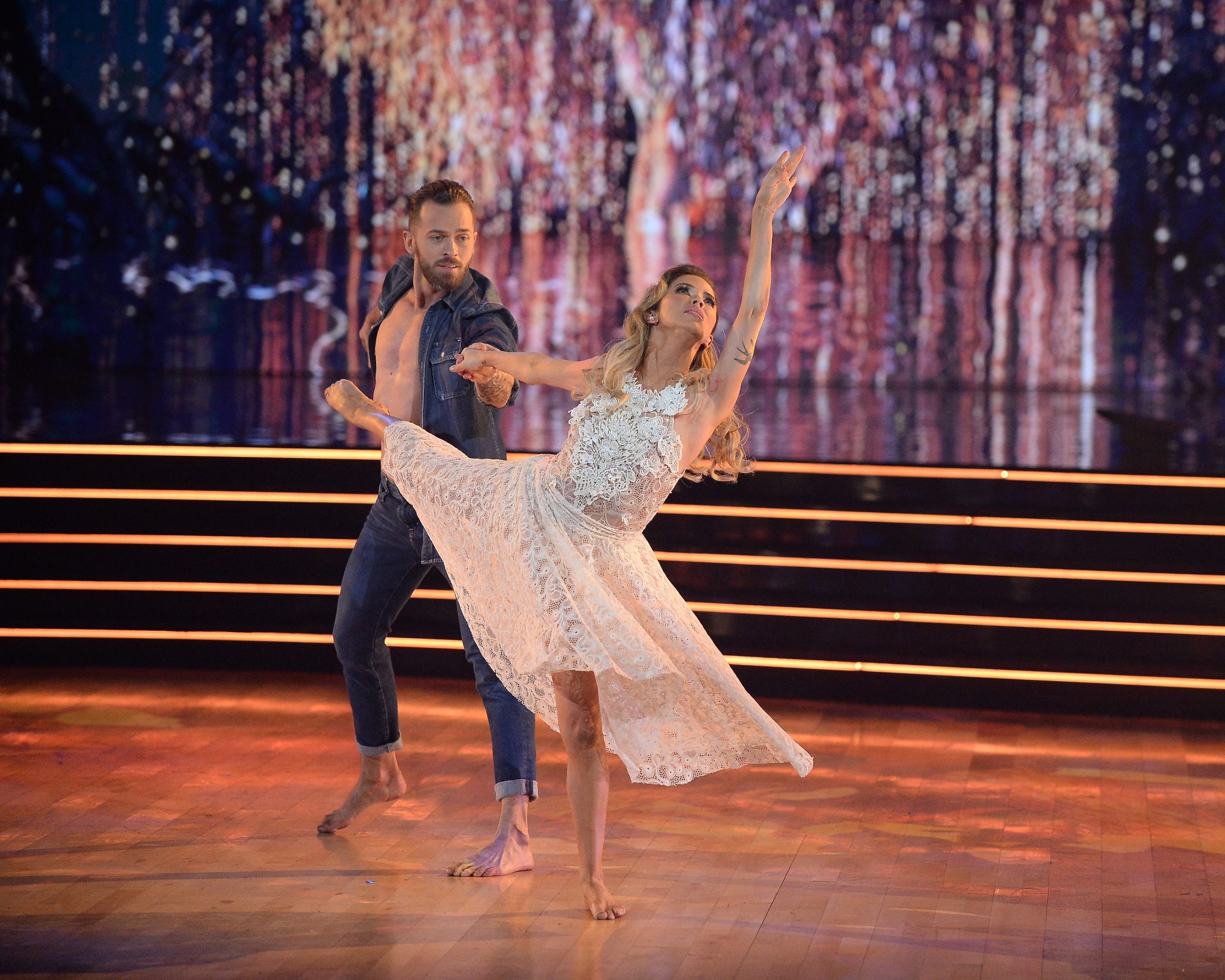 This week was the semi-finals on Dancing With the Stars and the six remaining celebrities brought their A-game. They were ready to take it all and make their spot in the finals. After performing two dances, two couples were eliminated but not before giving us a night to remember. 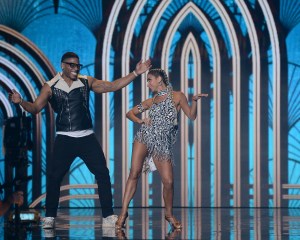 Beginning with the judge’s redemption round, each couple got to work with one of the three judges to perform a routine. Skai and Alan were first up with their Cha Cha redemption courtesy of Bruno Tonioli and they did so well. Skai earned a score of 27, which was nine points higher than the first attempt at the dance.

Next up were Justina and Sasha, who were tasked with the Tango courtesy of Derek Hough. They did an amazing Tango, scoring a whopping 28 points. We absolutely love seeing them dance together. You can feel the connection and friendship that has been built between them.

Up next were Johnny and Britt, who performed a Salsa for their redemption dance courtesy of Carrie Ann Inaba. Inaba, who was ill earlier in the week, helped them via video feed. It is always a treat to see Johnny and Britt dance together and they earned a 27 for their routine. 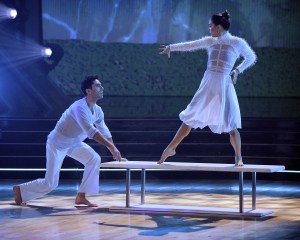 Tonioli worked with Nelly and Daniella for a Paso Doble redemption. While they got a low score for the night at 26, they still came out strong. They also impressed the judges with how they managed to work through some drama in rehearsals in order to pull off an amazing redemption.

For Nev and Jenna’s redemption from Hough, they were given the Foxtrot, which was his very first performance of the show as a whole. The dance earned him a perfect score of 30 and high praise from the judges.

Finally, Kaitlyn and Artem had a Paso Doble redemption courtesy of Carrie Ann Inaba. After a tough few weeks, she reminded them she never wanted to make them feel like her judging was personal. Her suggestions and tips helped Kaitlyn figure out exactly what would work for the dance and she killed it. In addition, it also gave her a perfect 30 for the night.

Dancing From The Heart 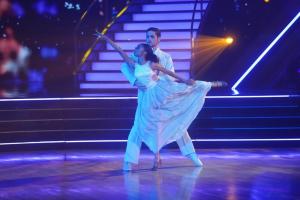 The second round of dancing had the stars performing new routines that had different meanings for many of them. Not only were they incredible, but they had us rooting them all on. For Justina and Sasha, they performed a gorgeous Contemporary that played into their connection and partnership. Skai and Alan’s Viennese Waltz was all about her feelings of loneliness and being strong through those emotions.

Nelly and Daniella’s Jive brought out a side of Nelly that had everyone in the ballroom cheering, showcasing his abilities in a breakthrough performance. Nev and Jenna performed a Contemporary as well, which is the pro dancer’s best dance. Knowing just how hard she worked on it, Nev took on the challenge of doing this dance. He not only impressed the judges, but we are sure he made Jenna proud.

Johnny and Britt’s Jazz routine allowed us to see just how in tune they were with one another. In addition, the performance gave almost a feel of seeing some acrobatic type moves. For the final dance of the night, Kaitlyn danced a Contemporary in tribute to a friend she lost in a tragic car accident 17 years prior. Her moving performance touched everyone’s hearts.  All of the stars earned perfect scores for their second dances.

.@JustinaMachado just swept us off our FEET 👏 Let’s hear it for #TeamLOCOmotion’s #Semifinals Contemporary! #DWTS pic.twitter.com/poW9VbpYOY 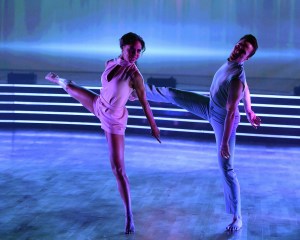 Now for the tough part, which is the elimination round. Unfortunately, the time came to send two couples home. The couples safe from elimination were Nelly and Daniella, Kaitlyn and Artem, and Nev and Jenna. The lowest score of the night went to Johnny and Britt, who was sadly the first to be eliminated. This left Justina and Sasha, as well as Skai and Alan, to be either saved or voted off. After a tough call, Derek and Carrie Ann opted to save Justina and Sasha.

As exciting as it is to reach the semi-finals, it is always tough to see the dancers leave, especially after working so hard week after week. Despite this, we are looking forward to the finals and can’t wait to see who will make it to the end. Plus, during the show, host Tyra Banks revealed Nelly will be performing next week!

So far, there are a couple of celebrities who I can see in the final two. However, maybe I will be surprised. Make sure to vote for your favorites to see who will win that mirrorball!

What did you think of the semi-finals? Let us know who you think will win. Find us on social media for more content!