Tell Me A Story 2×04 really took me for a ride. Each of the dark and twisted tales are merging together more a more. During last week’s episode (review here), Ash discovered that she wasn’t as loved as she thought and that somebody out there had intended to kill her. Simone was ready to throw down with her stepbrothers. Tucker revealed that if Olivia tried to escape she’d end up like the last two women he killed. This week on TMAS, Ash gets a visit from her biggest fan. Simone’s dark past is revealed by her horrid stepmother. Maddie learns soemthing new 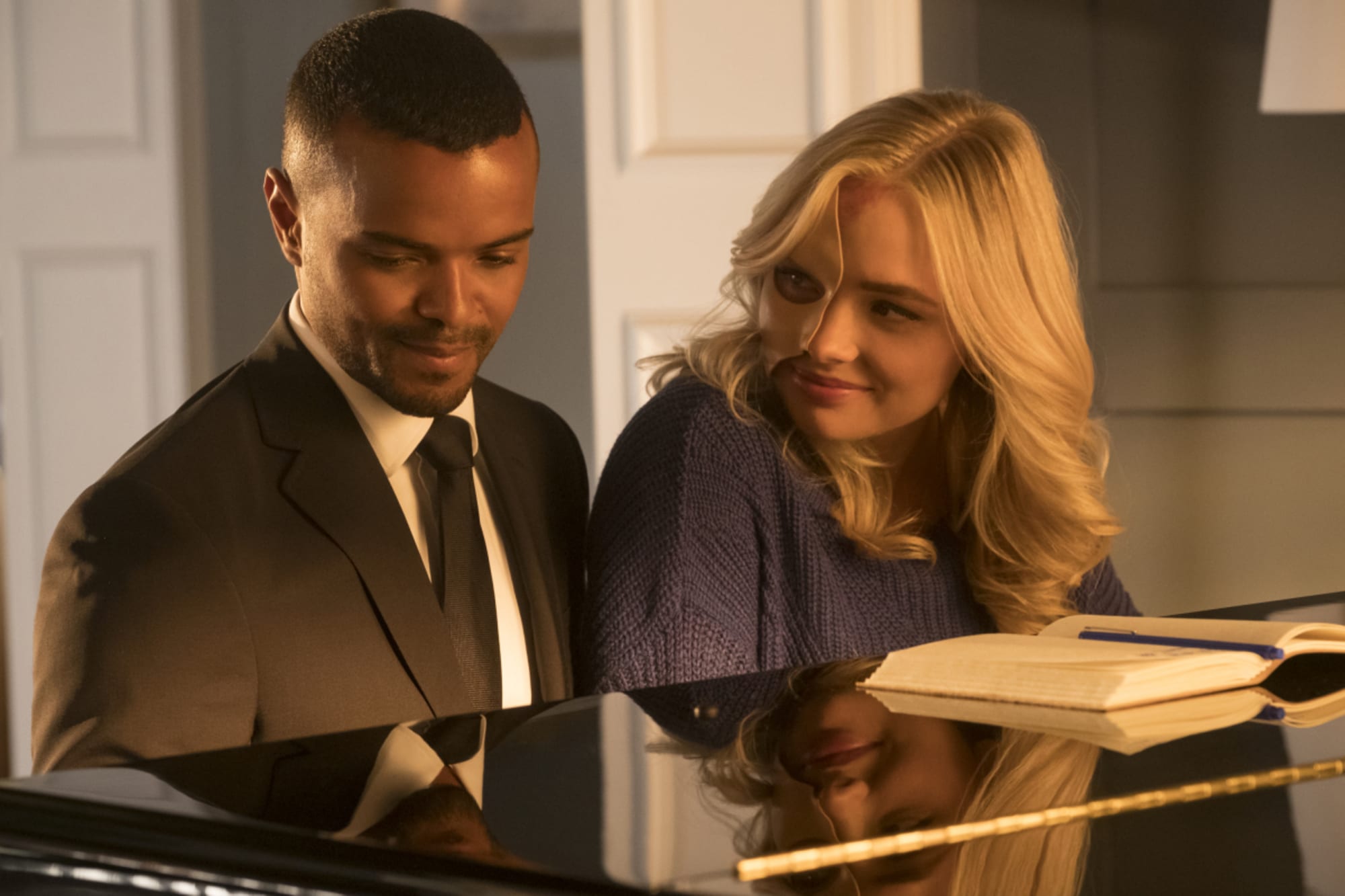 Tell Me A Story 2×04 took me for a ride this week, starting with pop princess turned beast, Ash, and her determination to work on finding herself again, especially since Beau is obviously seeing something she doesn’t within herself. However, the superfan that we’ve been watching since episode one has finally found an in to get to Ash and beginning the episode with that knowledge really set me on edge! You knew nothing good was coming, yet following it up with a cute moment between Ash and Beau made up for it some. This development gives the tale a light when there’s only been darkness for Ash and Beau. Sure, everyone else is trying to dampen it, but I’m ignoring them.

This superfan named Kyle? Totally not ignoring that! And though Ash’s affection for Beau hasn’t gone unnoticed, she isn’t pursuing it since she can’t imagine him feeling the same. The guy who feels more than affection with a side of obsession, however? Not feeling him at all and neither were Ash and Beau. 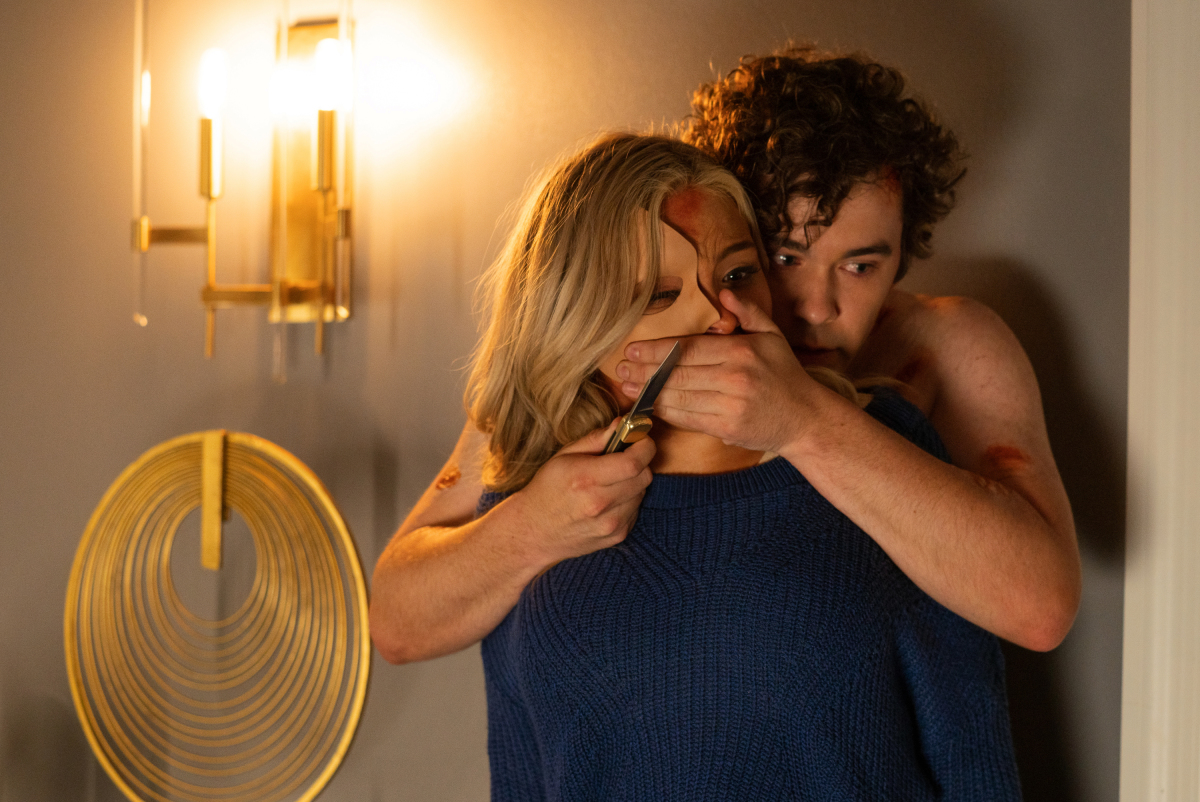 But, when Ash comes into her bedroom and sees candles lit and Susie, her assistant tied up, she’s got to defend herself. While Ash is in immediate danger from Kyle, I have to admit I feel bad for the guy. He’s so hopelessly lost and more than anything he needs psychological help.

Still, Ash didn’t sit by and let Kyle, the superfan, just hurt those she cared about or herself. Doing what it took to keep fighting, she did get lucky that Beau finally found her and eliminated Kyle. It was a harrowing moment and got Beau back in his father’s good graces. This also gave Ash an even deeper look at herself and those she’s closest to.

After a rough and tumble night between Simone and Jackson, Simone left a lipstick heart on Jackson’s chest but stole his shirt before leaving. It’s not a phone number, but I’m pretty sure that means they’ve got a thing for each other.

Simone sought help in her godmother who was also her father’s business partner. Simone’s determination to figure out the mystery of her father’s will and death was really on par with Cinderella. In the traditional tale, Cinderella was initially well-off, but it was stripped away when her father died. Not so different here. Maybe deadlier since Simone’s godmother warns her to be careful because Veronica is powerful and has powerful friends. Still, here’s to hoping Simone gets help in her endeavors because she shouldn’t do this alone.

The fact that she found herself coming back to Jackson was unsurprising yet utterly delightful. I wasn’t lying when I said I really dig these two together. They’re magnets for trouble but together I feel something explosive there. And, sure, Simone professes that she isn’t sticking around and that she has a habit of running from people (how perfectly Cinderella-like), but she’s finding herself doing the opposite with Jackson.

Simone letting Jackson in her life even if just a little was a major step. In the fairytale, Cinderella didn’t have this much backstory and just fell into the prince’s arms. Not the case with Simone. With Jackson, she commits breaking and entering and theft. Talk about an adventurous first date!

And even when Veronica reveals Simone’s criminal past, Jackson didn’t turn his back on her. With his own tumultuous family issues, he wasn’t going to let Veronica get the best of her. Simone’s confirming it all, still didn’t turn him away. Jackson understands what it is to get stuck in a vortex of bad choices and I love him for not holding it against her. Actually, I’m rooting for her. Her stepmother is a soulless banshee, obviously, and needs to be dealt with.

The reveal of Tucker’s past and twin sister, Anna, was a twist and probably the biggest one of the episode since he’d never brought Anna up once to Maddie. It doesn’t excuse his seriously messed up behavior and actions, but does reveal a part of where it started. Olivia, much like me, has zero tolerance for his creepy, Stockholm niceties. It doesn’t matter that he explains that she’s a muse for his newest book. Still, as he pried into her life, searching for the answers about love and loss, I couldn’t help but wonder why he didn’t use his own life and the loss of his sister for his book.

But hey, at least his relationship with Maddie is doing better? Not sure how to feel about that. You know what, I do. Seriously, I’m just ready for Maddie to find out about his secret escapades and help set Olivia free.

When the loss of Anna comes to the surface at a lunch with his parents, Maddie, and her mother, he retreats. Yet, the discovery that each of the women, including Olivia, mimic his sister and what she might’ve looked like if she was still alive. And Tucker’s creepy need to sleep next to her comes from when he used to sleep next to his sister.

Tell Me A Story 2×04 gave us the shocks and surprises but also the feels in this episode. The depth of Tucker’s inner workings and the reveal of the loss of his twin sister, Anna has confirmed at least one thing for me. He is definitely one of those unsubs the BAU of Criminal Minds should’ve brought down.

Ash through a traumatic event found more of herself. She found a fighter and a person that still cares for others. She’s finally starting her journey forward and looking to the future for a fresh start. I certainly couldn’t be prouder of her. She even took the leap and kissed Beau! I can’t imagine how nerve-wracking that is, but damn was it a heart-stopper! This arc was my winner this week.

Simone and Jackson are officially intertwined. Leading lives of trouble can only mean more trouble, right? That doesn’t seem to be the case here. These two both have good hearts. And, because they know trouble, that could help them in figuring out the mystery of Simone’s father.

What did you think of Tell Me A Story 2×04? The tales are slowly converging into something unruly. Let’s chat about all of it in the comments below and don’t forget to follow us @capeandcastle on Twitter to keep up with other shows you love!