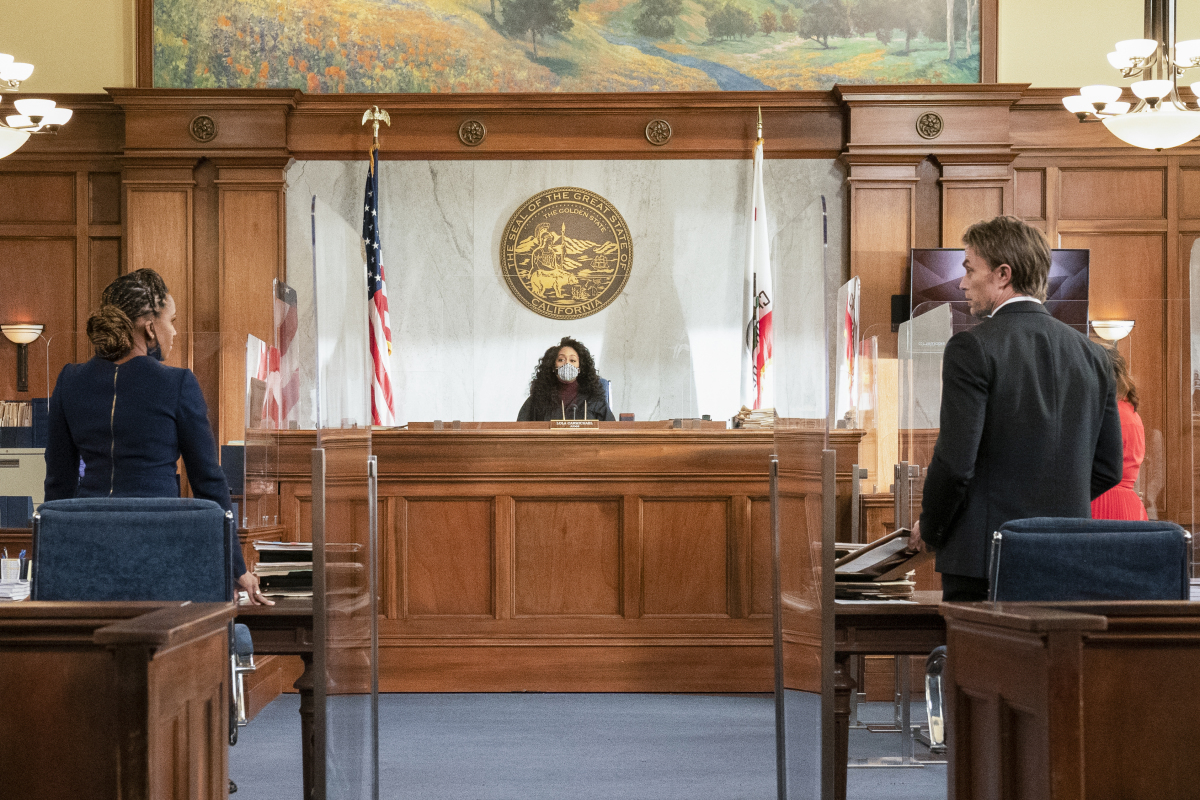 The last time we saw this cast, we got to watch them in a very different way. But we really appreciated that they addressed the COVID epidemic the way they did and it made for a pretty great season finale. But we have been waiting in anticipation for the second season of All Rise to kick-off! We have missed these characters and the relationships between them so much! And we are so happy that they’re finally back and the premiere is finally happening! And the season kicked off with so much going on. So keep reading for our All Rise 2×01 review!

Court is Back in Session

Lola was back and she was as fierce as ever! We’ve never looked up to her more. And there was so much going on, but Lola handled every moment and every change with grace. She continued to impress us at every turn. But, then again, she always manages to do that. And when it comes to questioning whether or not Lola can be impartial, we truly feel that she can. Always. Even when a case is dealing with something she is passionate about or that is near and dear to her heart. Lola’s desire for justice and being fair to everyone that walks into her courtroom is always her top priority. It’s a huge part of what makes her such an amazing judge. And she’s going to be an amazing mom! Because Lola is pregnant! 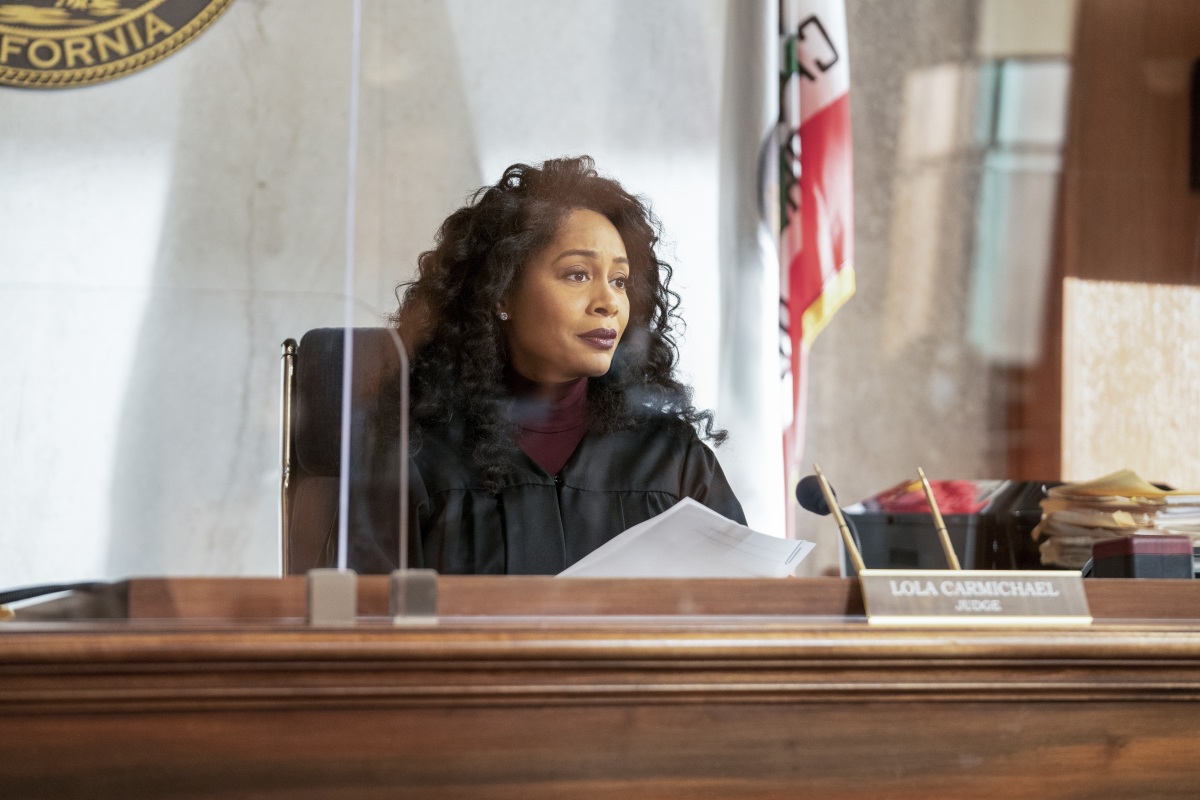 While we hated watching Mark and Lola having friendship struggles, we understood where they were coming from. And while their friendship was being tested, we hoped they would be okay again. But it makes sense that it’s something that will take time. Mark certainly didn’t handle the situation in the best way. Or even a good way. And Lola’s anger was more than valid and we’re glad that she called Mark out and explained to him how she was feeling and why. Then we had Luke and Emily. We knew there were going to be issues that popped up between them with everything going on. But we want to see them team up and take on those issues instead of trying to deal with them alone. Really, we just miss them. A lot.

Impressively All Rise 2×01 dealt with multiple real issues that have been happening since the first season finale. And unsurprisingly, they did it beautifully. And realistically. They also did something that we didn’t think was possible. They found a way to make us fall in love with Lola even more! Every issue was handled with such grace and passion. We really felt absorbed into the episode. So much that when an advertisement block came we found ourselves shocked that so much time had passed. This episode certainly flew. And we thought all of the COVID changes would negatively affect things but it really just didn’t. Maybe it was the way that they didn’t add emphasis to it but just showed that it was there and everyone was just dealing with it.

We’ll be honest, we hadn’t thought much about how the court system looked during COVID. But seeing it in this episode, yikes! What an intense process! Though we are happy to see it and so proud of all those involved. It was a bit of an eye-opener in the best way. Plus, we were loving all of the cute masks our favorite characters were wearing. They matched the personality of every character beautifully. And the way they matched with their outfits? Damn! We need the All Rise wardrobe.

Half In, Half Out

Luke and Emily seem as if they’ve had one foot out the door of their relationship and we really needed them to come together. We understand the things that have been coming between them. But we want to see them dealing with issues together instead of always facing them alone. We know they have a lot going on. Emily is still working through what happened between her and her ex-husband and Luke is still establishing himself in the office setting and working in the reserves. But to see Sam answer Luke’s door was hurtful. So we can’t imagine what it must have felt like to Emily. We’re going to give Luke the benefit of the doubt and assume it was nothing. Hope that it was nothing. 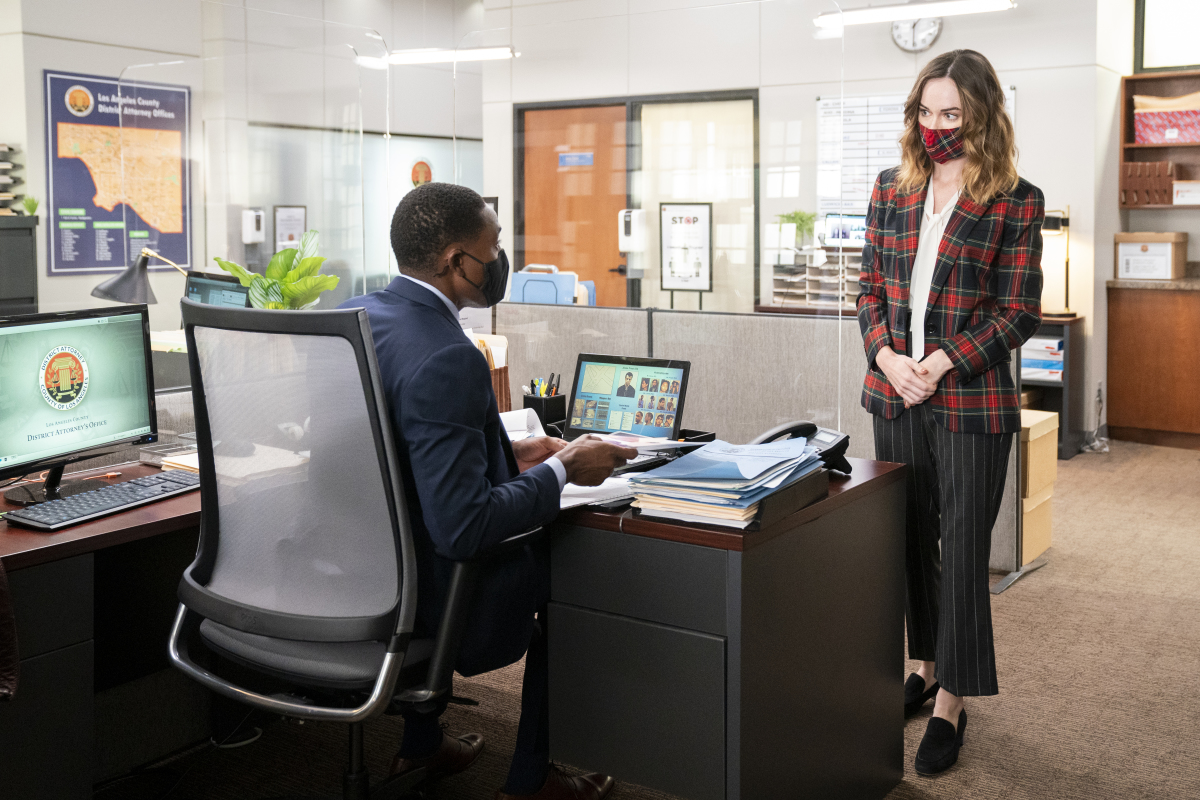