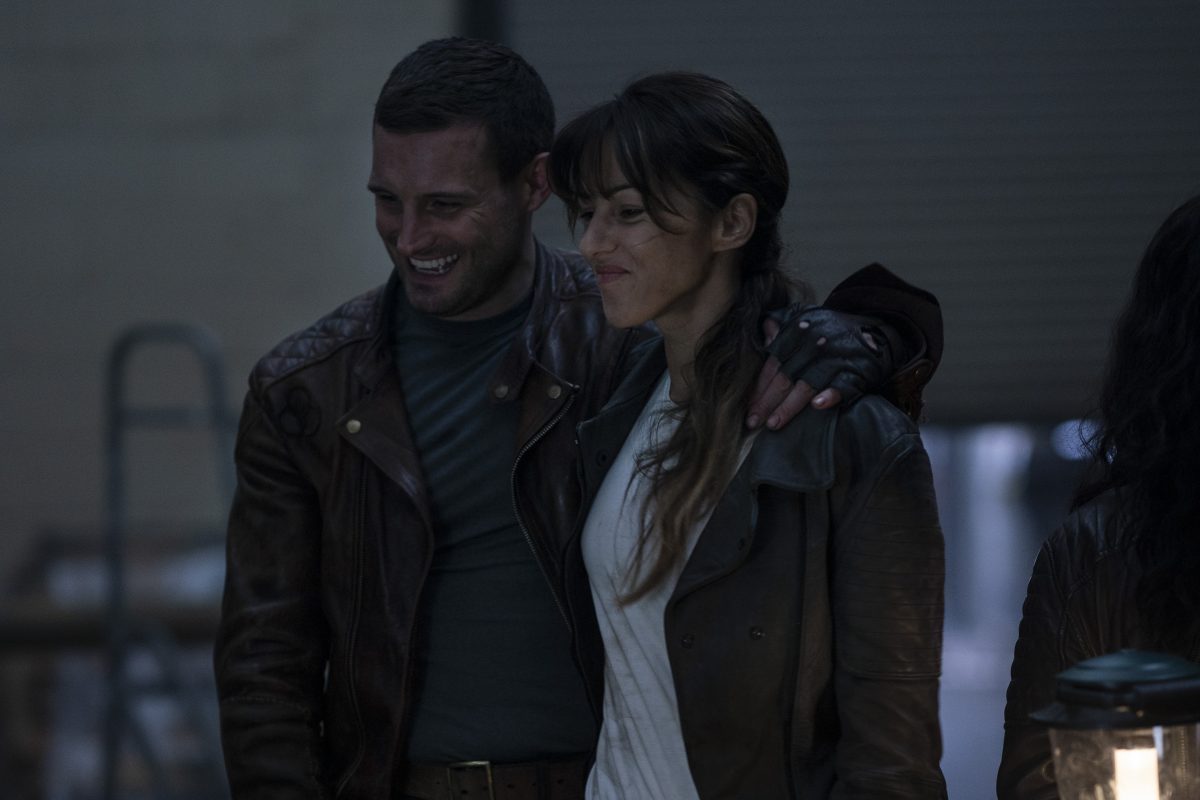 Huck was back! And not only were we excited about this, but we also got a look into her past! Finally! So keep reading for our TWD: World Beyond 1×07 review!

The anticipation of Huck and Felix’s reunion was real and it didn’t disappoint. Even though we only went one episode without her, it felt like much longer. There’s just a difference in Felix’s mood when Huck is around. And it wasn’t just Felix we wanted to see her reunited with. Hope is clearly struggling with the truth about Elton’s mom and we think Huck is the best person to help her figure out what to do with that. Huck was able to bring back some pretty sweet boots for Silas and Mountain Dew for Felix. We didn’t care if she brought back nothing but herself, but her knowledge of the roads and surrounding areas was certainly going to help.

Something was definitely off with Huck when she returned to the group and while we knew that she had been dreaming about her past that morning, we didn’t realize that it was having a larger effect on her. But we weren’t surprised that Felix did. We also weren’t surprised that she didn’t hesitate to tell Felix what was going on and what she had found on the empty. While she did talk to Felix about it, Huck still needed some time to think for herself. But we’re kind of glad she did since it provided Hope the opportunity to tell Huck the full truth of what happened with Elton’s mom.

To see a dude with the same scar on his face that Huck now has had us curious. Especially since in her flashbacks, she didn’t have it. And we were able to discover her last name was Mallick. Which just had us even more curious to find out what her first name is and how she began going by Huck. Which is why we were so freaking excited when we heard her first name come from Drake. But personally, we think that Huck sounds better. While we don’t know that Huck made the best decision possible, she was faced with an impossible task. And she didn’t have the time to think about many options. She had to act immediately. Huck had no choice and only did what she had to.

So what we ended up learning for sure is that Huck was a marine. And a damn good one. She had a relationship with a fellow marine named Drake and the two clearly cared very deeply about each other. We learned that her real name is Jennifer Mallick. We also learned that Huck gave herself the scar on her cheek and we know why. As a reminder of what she did. Knowing a bit more about Huck’s background has us understanding her a bit more. But we still have a lot to learn and we can’t wait to get some more answers. Especially since while we got some with the flashbacks, we also ended up with a lot more questions.

Iris once again showed us how smart she is when she used the map she had been given to figure out where her father is. Which meant that they now knew where they needed to go. But in the meantime, everyone got some time to relax. Which naturally meant a game of truth or dare. But we all know that game tends to end in disaster. And this time wasn’t much different. At first, it seemed to be helping the kids to get to know each other while also having a little bit of fun. Then things spiraled out of control when Hope and Percy faced off with him bound and determined to find out the worst thing Hope had ever done. But in the end, it did lead to some laughs between the kids and let them blow off some steam.

What did you think of TWD: World Beyond 1×07? Do you think it’s good news that Percy will be sticking around? Or do you think it would be best for him and the group to go their separate ways? What did you think about what the flashbacks revealed about Huck’s past? Do you think that Hope needs to tell Elton the truth? Or do you agree with Huck that it would just be better for Hope to move on and forgive herself? Do you think Silas killed Tony? Or was he set up by Percy? Find and follow us on Twitter @capeandcastle to share all of your thoughts on The Walking Dead: World Beyond! Be sure to also check out our site for more articles on all things Disney and beyond!