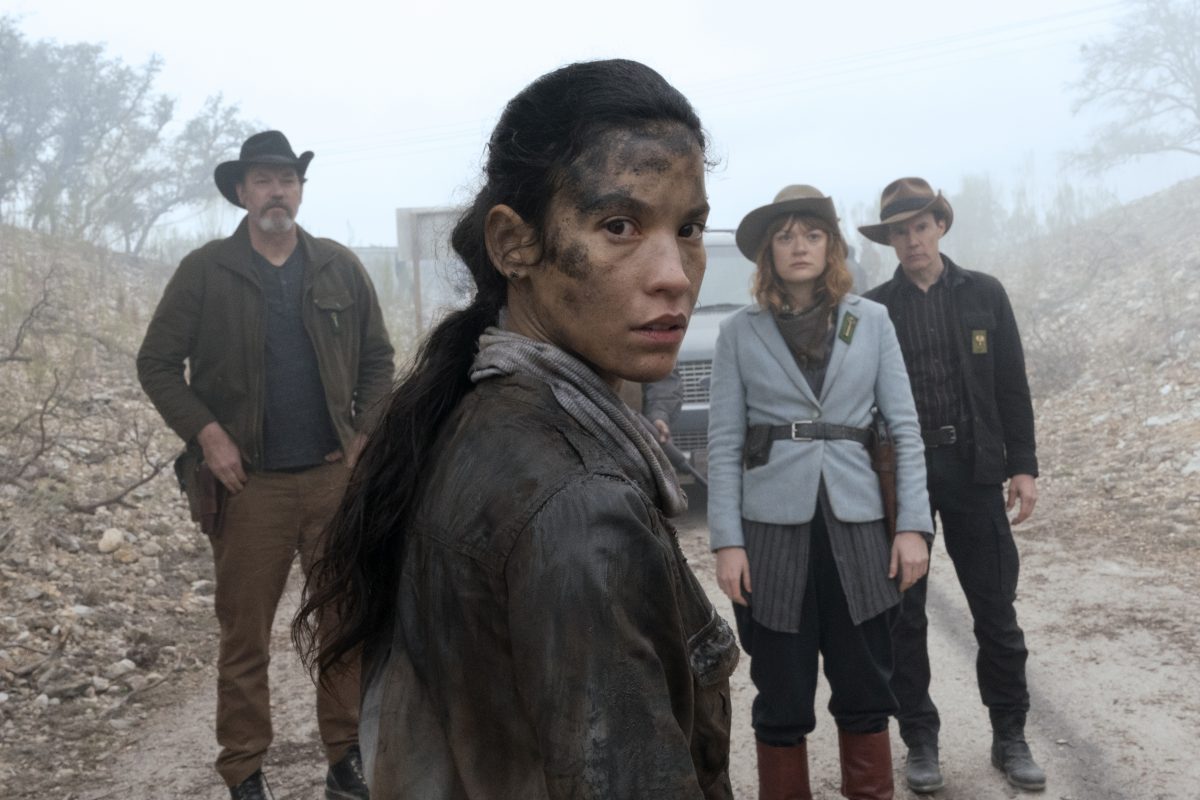 The title of this episode had us very concerned about what would happen and who would be buried. We also weren’t sure who Jasper was, so that was something else that was concerning. But the episode wasted no time in telling us who Jasper was and what happened with his leg. No time was wasted in letting us know who was buried next to Jasper’s leg, either. The woman’s name was Paige and this was the first and last time we saw her. But she went out on her own terms! So keep reading below for our FTWD 6×06 review!

We’ve missed June and we loved having her at the forefront of this episode. It also brought us Sarah and that’s never a bad thing. Especially when the two of them work together. Whether it’s fighting walkers, outrunning explosions, or performing emergency appendectomy surgeries. Both these women are serious badasses. The surgery didn’t go so well, but it wasn’t because of anything June or Sarah did. The dude turned into a walker, nothing they did for him was going to fix that. But it did make for an exciting adventure. And proved once again to show u what a hero June is. She is willing to go to any lengths necessary to save those around her. We love her. 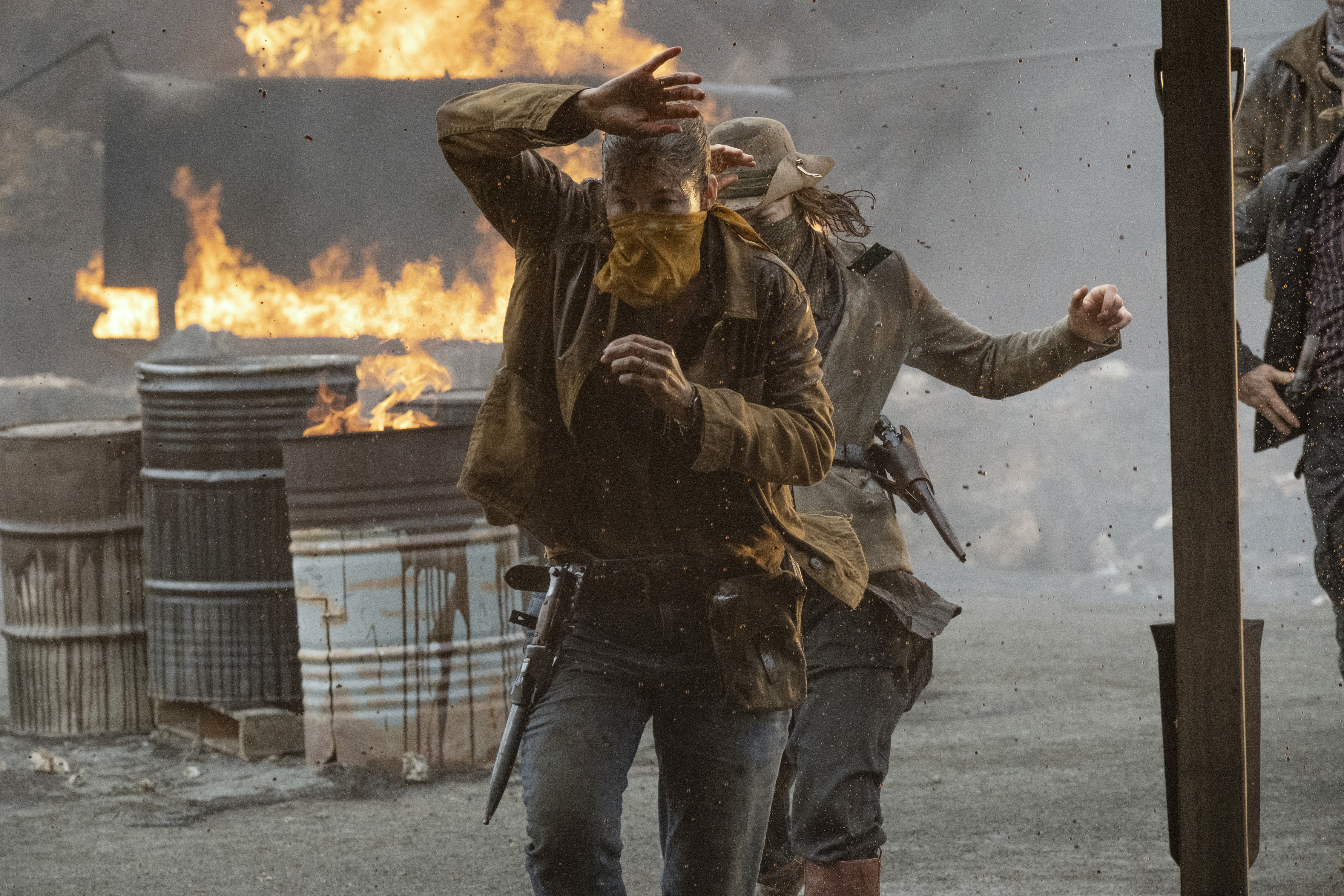 Even though these are tough times because of Ginny and her crew, we love seeing John and June together. And while these times do suck, we don’t blame June for not wanting to just take off. While John has some excellent points and we don’t blame him for wanting to run after everything that’s happened, we don’t know if running is the answer. They need to stay and fight. Take Ginny down. And regardless of how confident John is about them being able to get away without being caught, we don’t doubt that Virginia would track them down. She’s too unpredictable and vindictive and she’s got resources and people all over the freaking place. But June ultimately decided to stay after making a deal with Ginny and John felt he had to go. We just have to hope June made the right call and that she and John will be reunited again.

Tank Town was a freaking disaster. In a time of disaster. So, it was really bad. But Luci was back! So there was some good news! And she seemed to not only be okay but was handling things like the fierce leader she is. And with June and Luci running things, we were confident that they would save as many people as possible. But then Ginny came on the scene and we just knew she was going to make things much more difficult. And that was putting things mildly. She says that everything she does is for her people. But at what cost? Her accusations aren’t always right and they cost the lives of her people that she deems guilty. What greater good does she think she’s serving? Really, the woman has just got to go. Someone please take care of her.

Everything was a raging mess. Literally. There wasn’t a lot of time and there weren’t many people around to help those who needed it. And to make matters worse, we of course had walkers. But that wasn’t enough. The walker that faced off with June had blades attached to its hands. We were in a little bit of shock about this. Walkers are bad enough and they’re a dagner to everyone, regardless of who’s side they are on. Giving them weapons poses an even bigger threat to everyone. So let’s just not, okay?

It’s not nice but when Virginia got bit, we may have cheered just a little bit. Or maybe a lot. And we kind of hoped it would solve all our problems. Or at least a few of them. But realistically, we also knew that there was no way in Hell that Ginny was going to go down that easy and the bite was on her hand. Which in theory is easy enough to deal with as long as it’s done quickly. But June had the upper hand in this situation and we can’t express how much we were hoping she would make the move and go against her nature to just end Ginny. Deep down we knew she wouldn’t do it. But that’s part of what makes June who she is. We can take some consolation in the fact that at least Ginny is down a hand. That’s something, right? 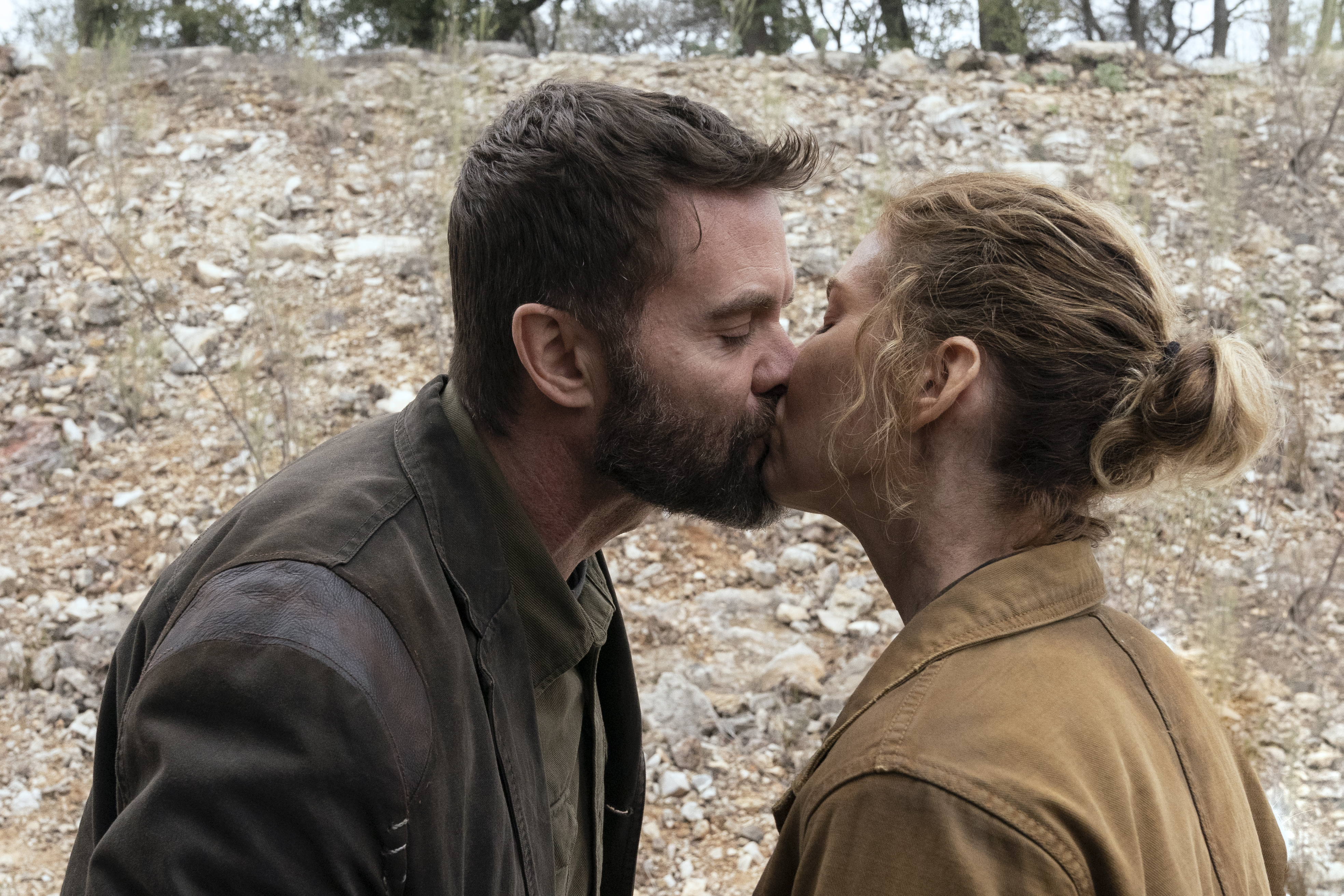 What did you think of FTWD 6×06? Do you think June should have taken Ginny’s life instead of just her hand? Or do you think she made the right call in allowing her to live? Did you start to feel sympathy or understand why Virginia has made the decisions she has so far? Do you think Ginny will really give June the hospital she wants? Or will she go back on her agreement with June? Find and follow us on Twitter @capeandcastle to discuss all things Fear the Walking Dead! Be sure to also check out our site for more articles on all things Disney and beyond!