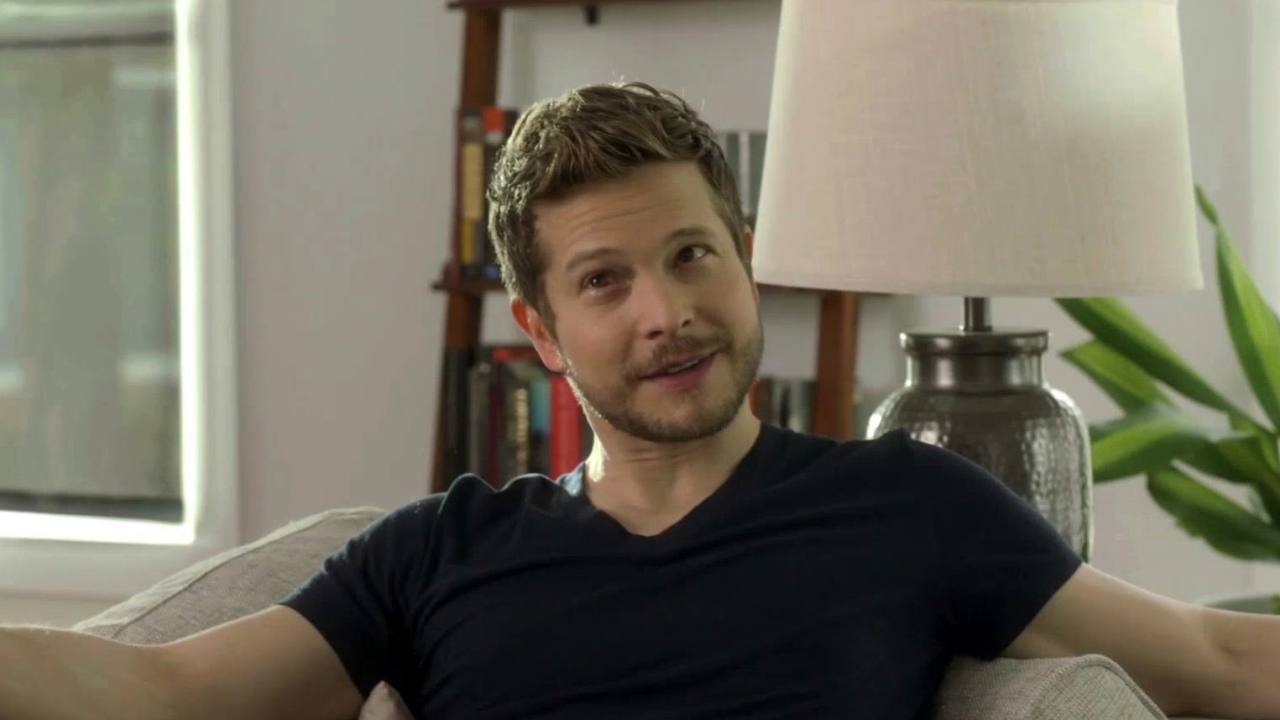 Have you heard about The Resident returning on January 12th?! If not, you have now! We couldn’t be more excited about it. So of course we had to make today’s 30 Days of Thanks about their Thanksgiving episode. There were a lot of major moments that had us laughing and just as many that had us crying. The episode, “Peking Duck Day” was certainly not lacking in the drama department. But it’s one of our favorites! So keep reading for The Resident Thanksgiving episode!

Conrad and Nic just wanted to have a low-key Thanksgiving and we didn’t blame them. But that’s certainly not what they got. Between Conrad’s neighbor needing help with his sick little boy and Nic’s father coming over unannounced, it was a recipe for excitement. We felt bad for Nic’s father since he was still dealing with the loss of Jesse, we felt bad for Nic too. She was dealing with the loss as well but her dad bringing a stranger into her home and expecting to celebrate Thanksgiving with them was a dick move.

Also, no offense to Jesse, since we were sad when she died as well. But Sadie was certainly a lot like her and we weren’t surprised when she stole from Nic. Pills and her jewelry to be precise. And then she took off. Does that sound familiar? Which made it make that much more sense that Nic’s father gravitated toward taking her under his wing. He wasn’t there for his own child, so he thought he could help this girl who reminded him of Jess. But everything turned out okay and we were so proud of how Conrad and Nic handled everything that was thrown at them.

Our hearts went out to AJ as he was dealing with family issues over his Turkey Day. He chose to spend Thanksgiving with his biological family. Who he really seemed to have nothing in common with. But for us, it really hit home the point that the people who are your family don’t have to be the ones that are biologically related to you. Though AJ was able to find a way to open up a little and bond with his biological brothers over a beer and it was heartwarming. Family can stress all of us out, especially when it comes to holidays.

All the characters of The Resident work extremely stressful jobs and they’re used to the fast-paced life they live. And they handle stressful jobs like pros. But that doesn’t mean they don’t have real-life struggles and we always love to watch them overcome those struggles. When it’s around the holidays, we aren’t going to lie, it really gives us a case of the feels.

We weren’t surprised to hear the doctors saying that Thanksgiving is a dangerous holiday. People love to experiment with different ways to cook a turkey. Even when they shouldn’t or have absolutely no idea what they are doing. And while it can sometimes be funny, as seen in other shows, The Resident really took the opportunity to show us the realities of how dangerous that is. We got a first-hand look at the danger several different ways and each one seemed more gruesome than the next. But we were glad that amidst all of these dangerous injuries and the utter chaos that we got to see some happy times, too. Jessica and Irving had us swooning with his romantic Thanksgiving dinner that he brought to Jessica’s hospital room.

What did you think of The Resident’s Thanksgiving episode? Did you think that Nic was right about the way she handled her father? Is this one of the episodes on your Thanksgiving watchlist? If it is, why? Is it because of the wild injuries that were seen at Chastain Memorial? Or the romance between Irving and Jessica? What about Nic and Conrad just trying to keep their holiday low-key for about five seconds before they were interrupted? Find and follow us on Twitter @capeandcastle to let us know all of your thoughts on The Resident! You can also check out our site for more articles on all things Disney and beyond!