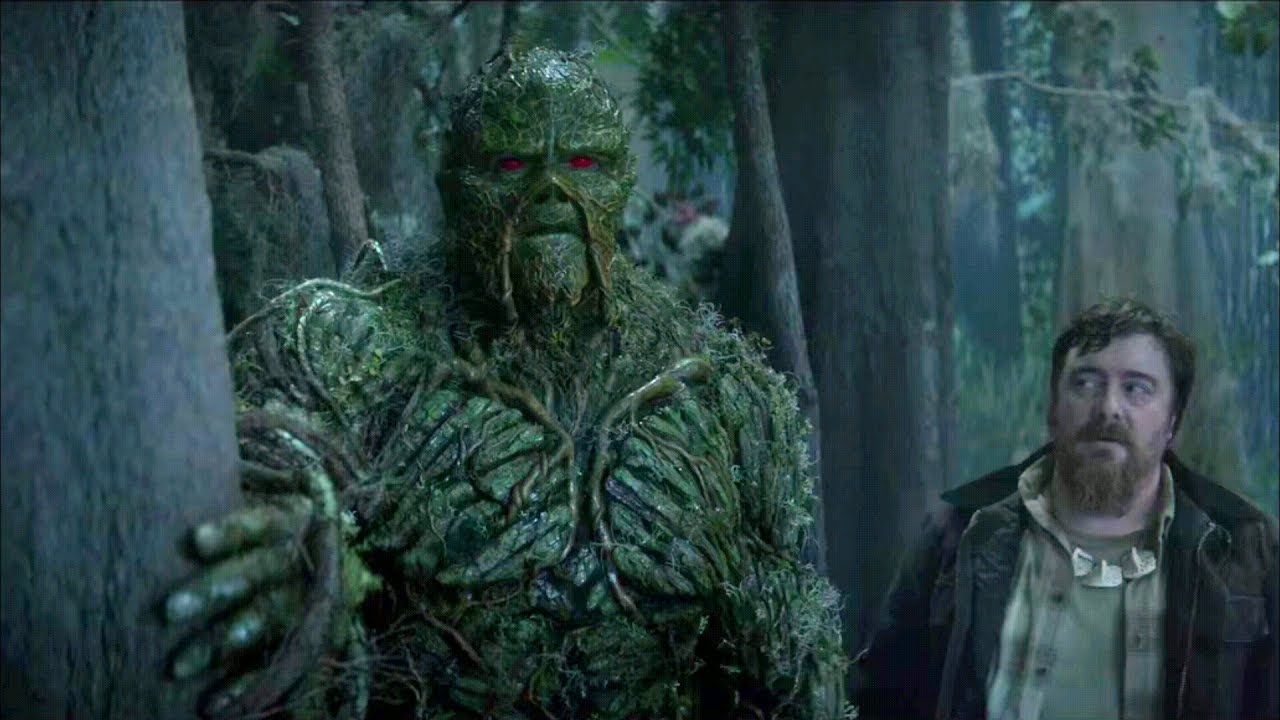 Last time on Swamp Thing (review here), Abby reached out to Alec/Swamp Thing, offering to help him figure out what happened to him. Yet, when an ancient illness came out of the swamp it had to be sidelined. This week, Abby came face to face with her childhood friend who’d drowned years ago. 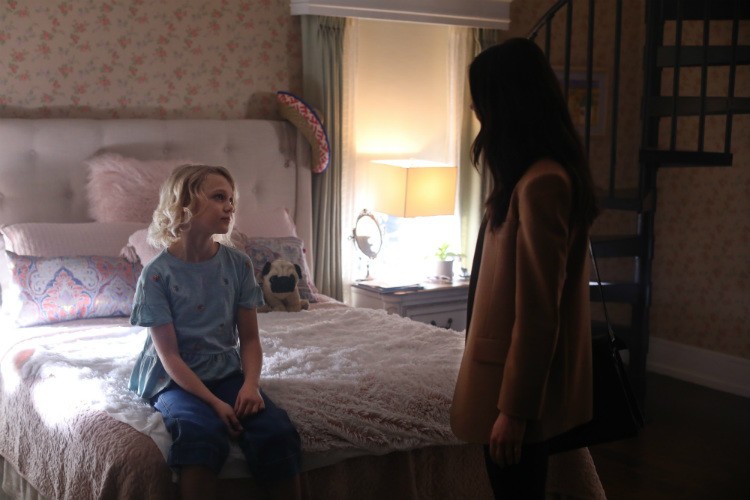 Maria (Virginia Madsen) is all too excited to welcome Susie into the Sunderland home. She even gives her Shawna’s room, and as I expected, Shawna isn’t too thrilled about that and possesses Susie. Instead of freaking out like any normal (and sane) person would, Maria is thrilled to have her daughter back. She possessed a little girl! I can’t get past how messed up her excitement about it is.

More so, Susie calls Abby (Crystal Reed) who comes over immediately. I’ve got to give kudos to Elle Graham. She gave an outstanding performance as a possessed little girl that succeeded in creeping me the hell out! While Shawna scares the hell of Abby, she has plans and they weren’t good. Maria, blinded by having her daughter back will do anything for her. 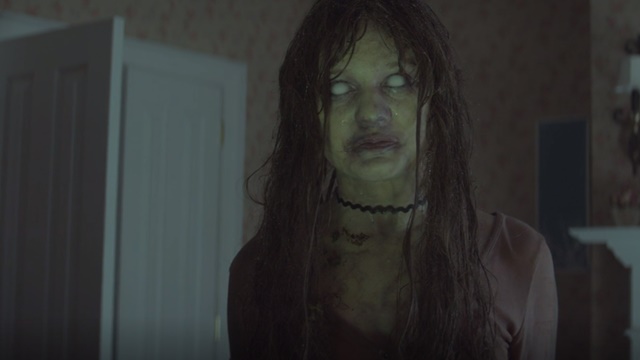 With Madame Xanadu’s (Jeryl Prescott) help, Abby searches for Maria and Susie who take off to who knows where. When they find them, Abby chases Maria into the swamp and is nearly drowned by the woman after confessing her guilt for Shawna’s death. Luckily Swamp Thing (Derek Mears) shows up to help Shawna let go and save Maria and Abby. This is an arc I’ve been looking forward to so much. It tweeks my supernatural bone and didn’t disappoint. Tragic with a side of jump-scares and heebie-jeebies. And the discovery that Shawna didn’t just drown, that something dragged her down, actually got a massive, eye-bugging shudder out of me. I’m really hoping to see just what it was that got her.

Swamp Thing Gets a Visit

The show finally gave me a moment I’d been waiting with anticipation for. Swamp Thing finally meets somebody that can help him understand things and more importantly, help him with his connection to the entity that saved him, The Green! It’s known as a great power that is all of nature, connected to everything around the world and is responsible for saving Alec Holland by turning him into Swamp Thing and creating the Blue Devil with Daniel Cassidy. He’s not evil, but not wholly good either. He, well, it just seeks to protect the green of earth.

This actually helped bring Swamp Thing to where Abby and Maria were and help save them. He’s gaining more understanding about himself and at a pace that is beautiful. This is progression that can’t be rushed.

Avery’s (Will Patton) scheming ways have him tossing and turning with Sheriff Cable (Jennifer Beals) and discovering that Liz (Maria Sten) is closing in on him. It leads him to her father’s establishment where he threatens not only his life but hers as well. Liz arrives just in time and her headstrong attitude keeps Avery’s bullying at bay. Liz getting a spotlight is everything right now. She is a strong and capable woman and TV needs so much more of that and it gets a real healthy dose with Liz. Not to mention the obvious and splendid and just outright kickass LGBTQ rep. Just all around love Liz. 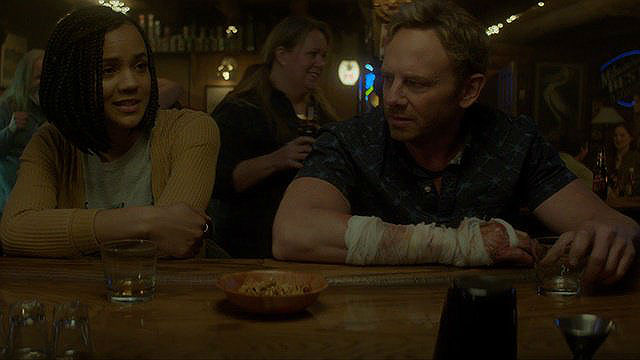 Her inability to be intimidated by anything always gets me swooning. Total badass, even when Avery sends a couple of goons to try and mess her up. He obviously has no idea that he’s screwing with the wrong person. However, when Daniel (Ian Ziering) jumped in to help- because of course he’s got his friend’s back-and got hurt? Oh, I was ready to put a beatdown on these guys!

However, you know what this means? Liz is a threat. Avery is afraid of her. She is going to expose all of the skeletons and I’m so very excited about that.

Remember when I said that it was not a good move that Abby let Dr. Woodrue (Kevin Durand) in on her research? Yeah? Well, it came full circle. He’s gotten too nosey for his own good and she couldn’t escape quick enough. She better be extremely careful now because Woodrue is on the warpath for all she’s got and he’s not the type to give up.

More so, red flags went up when the Sheriff killed a man after calling out her son for killing Alec Holland. you heard that right! It seems like Matt Cable (Henderson Wade) isn’t as squeaky clean as we hoped. Or is he? One thing is for sure. The sheriff is easily triggered. Is this even the first guy she’s killed to cover up dirty doings?

There’s a lot coming out of the woodwork in Marais, Louisiana, and Swamp Thing’s arrival may just be what the town unknowingly needs. What did you think of this week’s episode? Let’s chat about in the comments below and don’t forget to follow us @capeandcastle on Twitter to follow other shows you love! And check out our site for more articles!