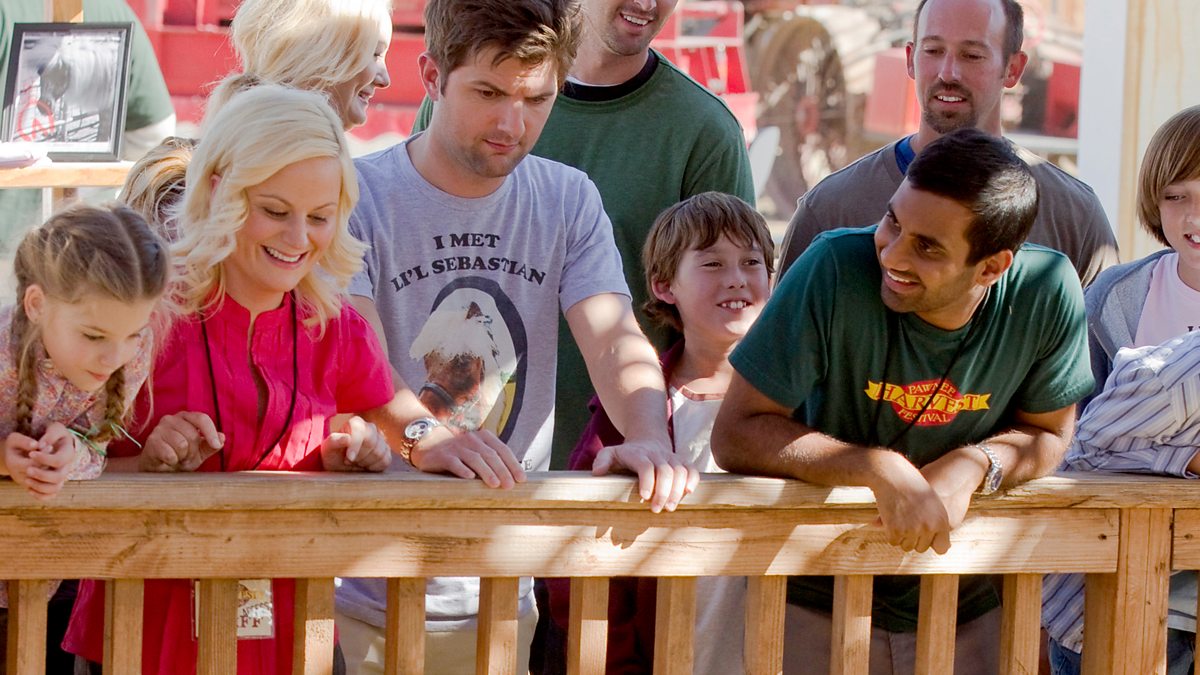 If you love The Office, which, who doesn’t? Then the chances are good that you also loved Parks and Recreation! Even if you weren’t a fan or never watched The Office (crazy, we know), Parks and Rec was an incredible show! This will always be one of our favorite roles played by Amy Poehler. And while there are way too many episodes that are amazing for us to pick a favorite, we did love the “Harvest Festival” episode. So keep reading for our 30 Days of Thanks 2020 dedication to it!

So this was actually the end of a seven episode story arc. It starts with the first episode of season three if you want to watch from the beginning. And we definitely recommend that you do! Things really changed when Ben came along and we loved that Adam Scott joined the show. His love story with Leslie is a beautiful one to watch and one of our favorites! “Harvest Festival” was during the beginning stages of Ben and Leslie’s relationship. But that’s kind of our favorite stage. 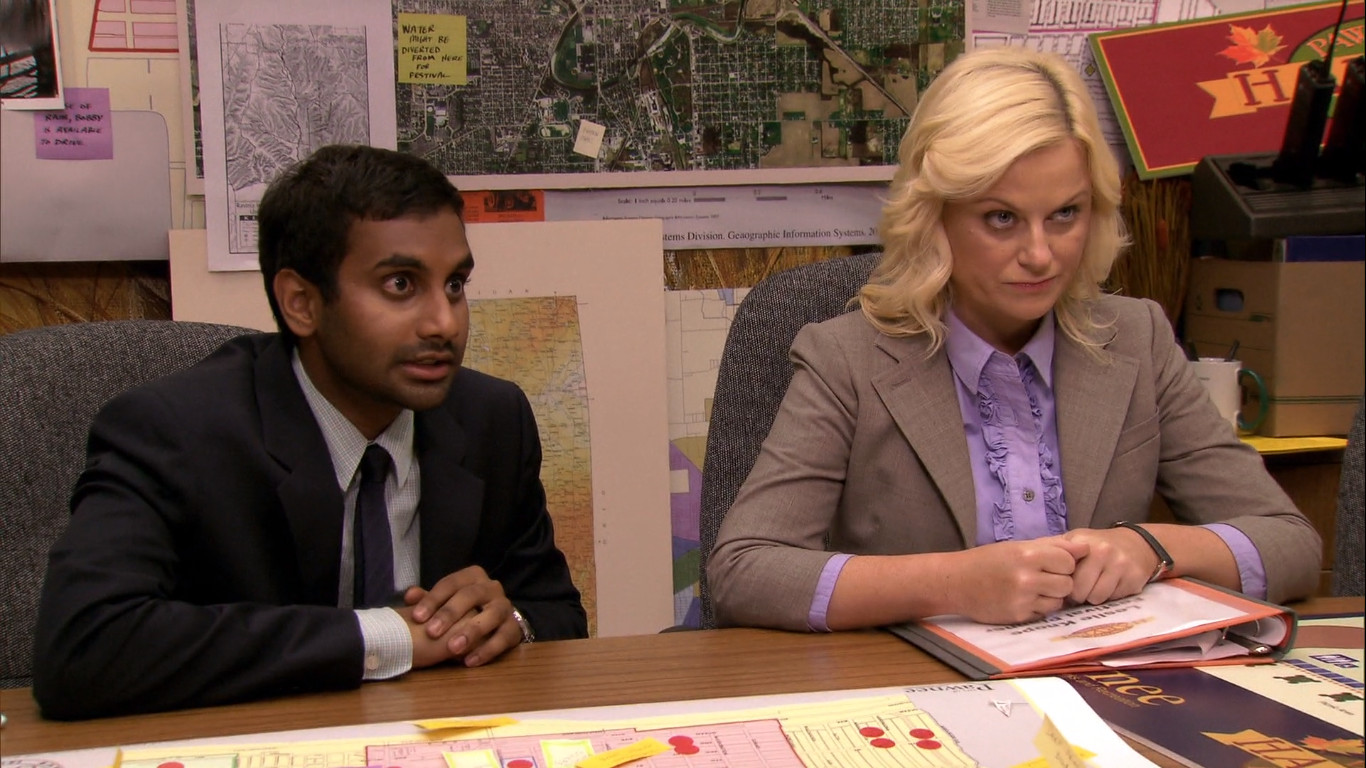 The festival is a pretty big deal. So, naturally, so many things go wrong. The prior episodes of season three led to this one and it was full of hilarious mishaps. But it was also full of love and you know that’s one of our favorite things here. Because as funny as Parks and Recreation always manages to be, it’s also always full of heart. And in case you were wondering, yes that is another one of our favorite things.

Ken Hotate, chief of Pawnee’s local Wamapoke tribe tells Leslie that the spot she has chosen for the Harvest Festival is on the site of a massacre. Which of course means the festival will be cursed if they don’t move. And it’s too late for them to move. Even though Ken tells the camera that he knows white people are scared of curses, the damage has been done and it’s freaking funny. Then we had Ben running around clearly not impressed with so much of what was happening because he just didn’t get the appeal. Then we had April completely pissed off at Andy because she told him she loved him and he replied with “awesomesauce”. While we agree that it was awesome, wrong answer Andy.

Everyone was super excited that Leslie got Pawnee’s legendary miniature horse, Li’l Sebastian. But the excitement turns frantic when they lose him. Add to that, Joan overhears Ben and Leslie talking about the curse and decides she has found the scandal she was looking for. When Tom tries to blame Jerry for the loss of Li’l Sebastian, Joan thinks she’s struck reporting gold. While we just shook our heads at Tom the entire episode trying to blame someone else for losing the horse when it was completely his fault, Oh, Tom.

For a while, we were slightly worried that the festival was going to end in disaster. While we knew there wasn’t really a curse, it did seem like everything was going wrong. And while things usually come together in the end, things were not looking good here. But Li’l Sebastian was found, Andy tells April that he loves her and they make up. Which is of course in part because of Ron. Ron’s always a hero. But Ron’s work didn’t end with April and Andy. He also proclaimed that Tom was the one who lost the horse. Which led to an apology to Jerry. And Leslie deals with the curse by promising to create a Wamapoke cultural exhibit at the entrance to the festival. Well done, Leslie! 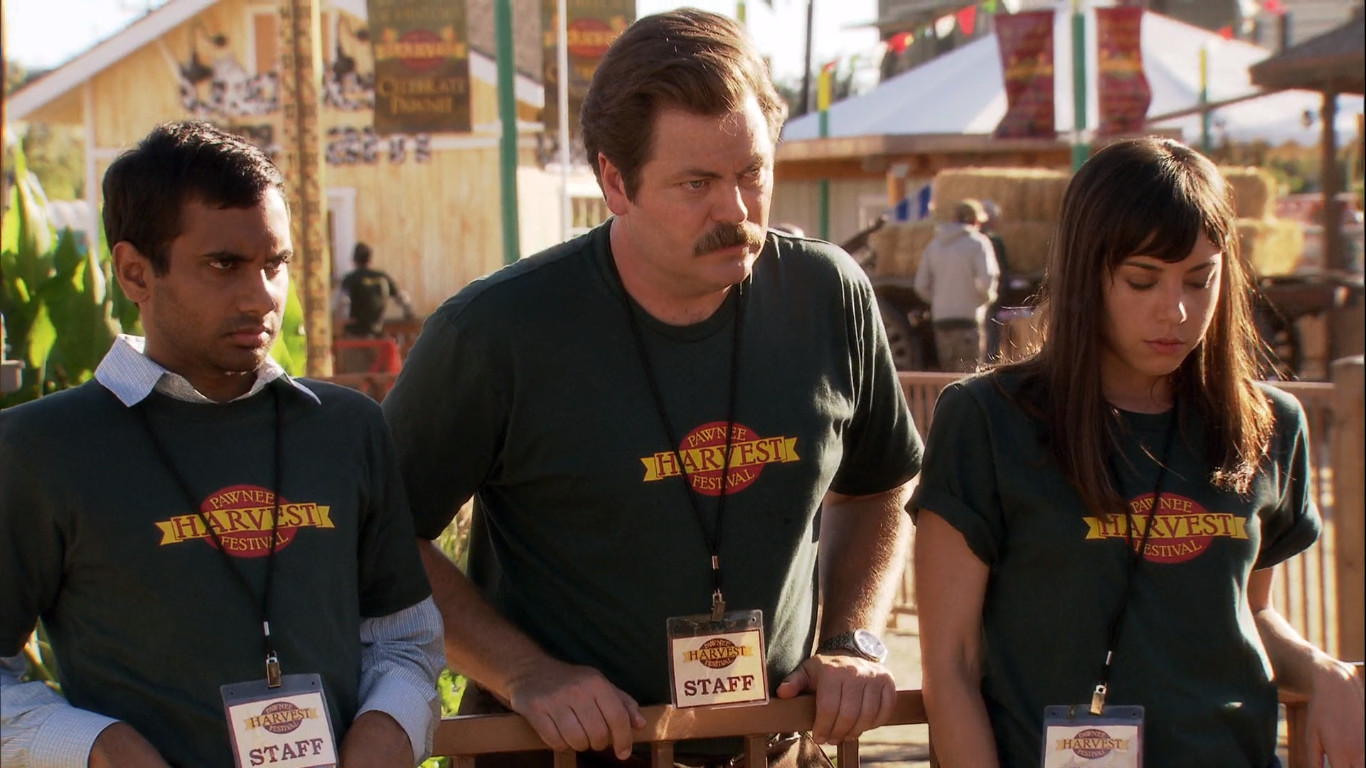 So all’s well that ends well in this case. We even got to see Ben being won over by Li’l Sebastian. At least a little bit. Even though he still didn’t fully get it. We love you anyway, Ben! What did you think of this Parks and Recreation episode? Did you have a favorite moment? What other Parks and Rec episodes are your favorite? Find and follow us on Twitter @capeandcastle to discuss all things Parks and Recreation! You can also check out our site for more articles on all things Disney and beyond!