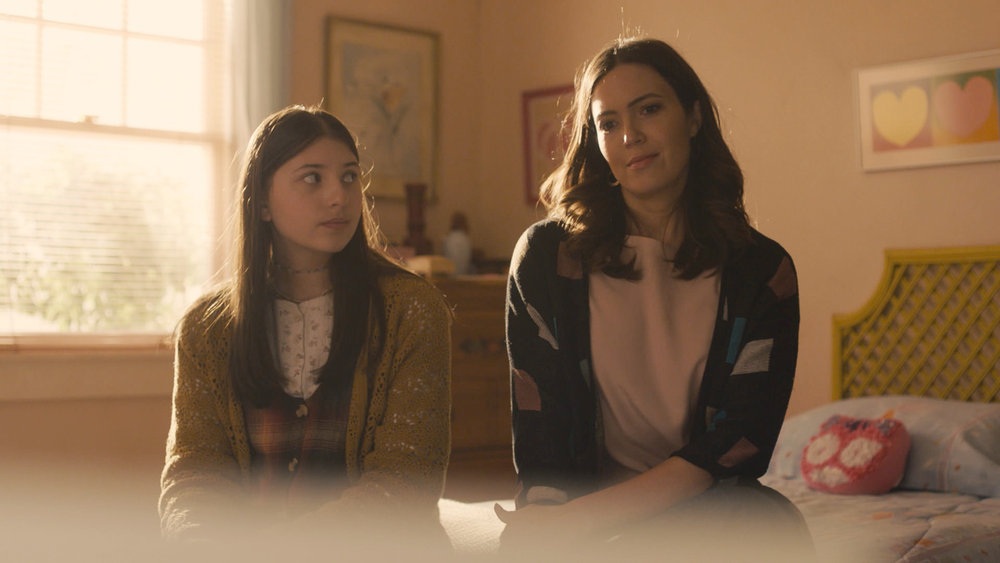 This Is Us returned this week with an episode appropriately titled “Changes”. Whether it was Jack and Rebecca dealing with all three of their children entering puberty, or the present-day big three tackling life decisions. This episode once again packed an emotional wallop. So read on for our This Is Us 5×03 recap!

While younger Kate obsessed over a boy, present-day Kate and Toby met with the woman who could potentially provide Jack with a baby sister. Ellie is 33, a widow with a small child to raise, and has made the decision to give her unborn child up for adoption. The three bond over Buffy The Vampire Slayer, and even though Toby cautions Kate not to become too excited, it’s clear the prospective parents think Ellie is the one. 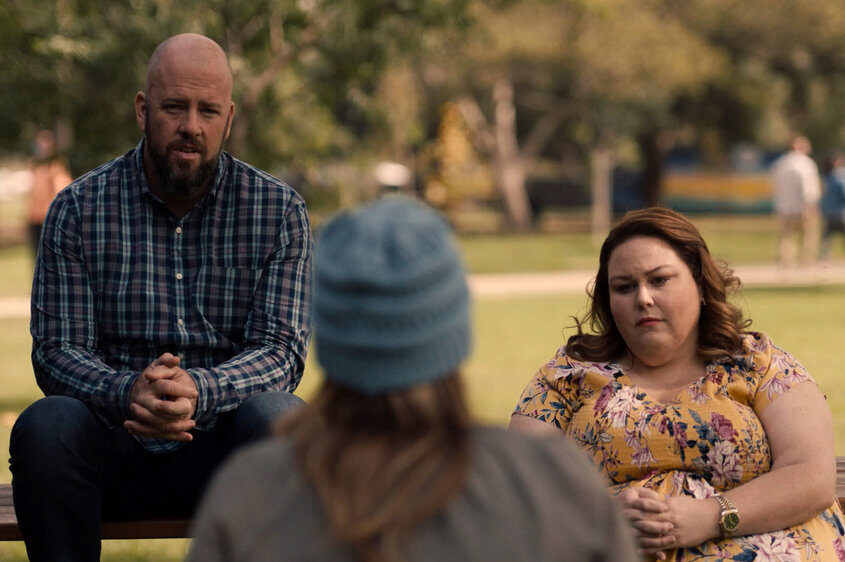 Kevin and Madison are trying their best with their non-engagement/living arrangement. But things take a turn after Kevin finds out he’s gotten a new movie and turns down her pancake breakfast. So Madison stews for a while and finally blows up at an oblivious Kevin. She reveals to him that she has an eating disorder and is struggling with the weight gain associated with pregnancy. Which isn’t helped by living with someone who looks like Kevin. She also points out there are a lot of things she’s not comfortable sharing with him, as they are in fact strangers. 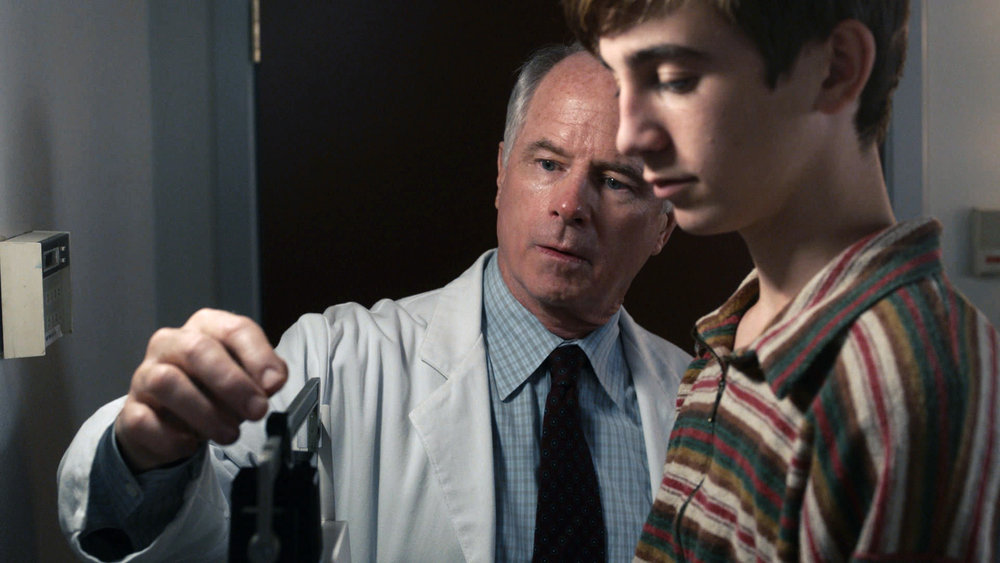 Kevin has a revelation of his own and admits to Madison he doesn’t really need to work out two times a day. Especially not to play the part of a lawyer. But exercise has become a slightly more healthy coping mechanism than alcohol. And as an actor, he too counts calories and worries about his body image. He adds that he also has daddy issues and worries about passing this on to his children. Kevin tells Madison his parents were the two most connected people. But they missed a lot when it came to their kids. As proof, we see how Jack may have inadvertently set Kevin on the path of his body issues by making a big deal about putting on weight to play football and teaching his son how to lift weights. Unaware that Kevin then snuck into the garage at night to get in another workout.

Randall finds the perfect therapist but finds himself uncomfortable talking to the man who suggests Randall write down a childhood memory for them to discuss during their next session. Beth, meanwhile, has her hands full with a rebellious Tess when she’s informed by the principal her daughter made an offensive video. It targets teachers who, among other things, don’t respect their students’ personal pronouns and act inappropriately around their black students. So Randall can’t help but be moved when Tess points out how hard it was for her to grow up in the white suburbs. Tess tells her parents the person in the video is who she’s becoming. But Randall still ends up grounding his daughter and taking away her phone privileges. The incident reminds Randall of that eventful day as Kate obsessed over a boy and Kevin discovered weight lifting. And when Kate’s friend wanted to kiss him to know what it was like to kiss someone like him. It’s a heartbreaking moment as we see Randall bury the hurt and tell his mother his day went well. But it gives Randall the breakthrough he needs for therapy. 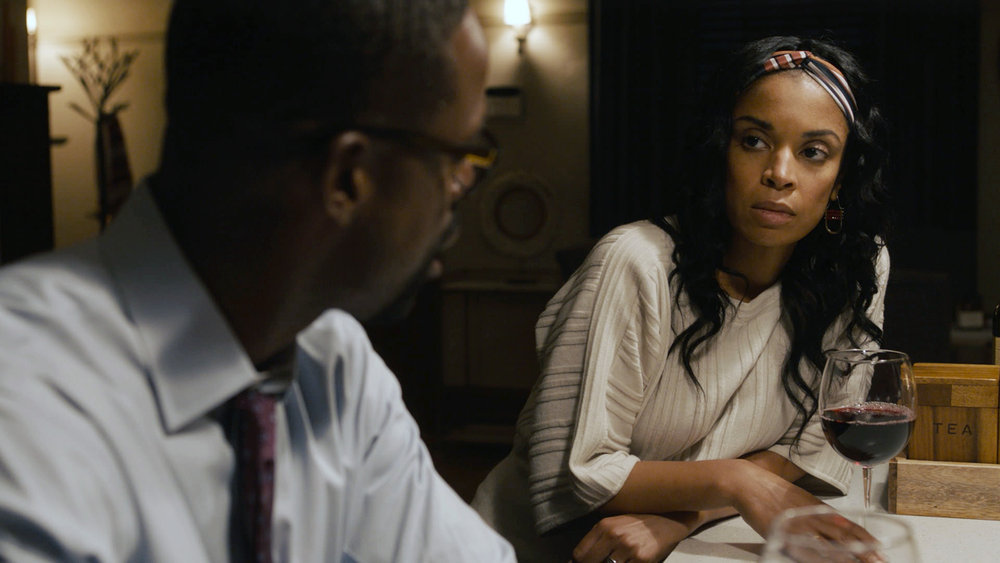 As all of this is going on, we are being introduced to a young girl and her Vietnamese grandfather. The girl asks the older man if he learned to cook to impress the woman whose pictures are all around the room and he replies yes. The camera then pans to a picture of a very much alive Laurel and the grandfather as a younger man.

So what are your theories about Laurel? Is she still alive and is Randall about to get an even bigger shock? Will she or has she crossed paths with Rebecca as Jack did with William? Or does her story somehow link back to Nicky? Be sure to drop a comment and let us know. You can also find and follow us on Twitter @capeandcastle to let us know your thoughts! And check out our site for more articles on all things Disney and beyond!

Tags:
Caitlin Thompson, Chris Sullivan, Chrissy Metz, Jon Huertas, Justin Hartley, Mandy Moore, Milo Ventimiglia, NBC, Sterling K Brown, Susan Kelechi Watson, This Is Us, This Is Us 5x03, This Is Us 5x03 Recap, This Is Us Recap
previous article next article