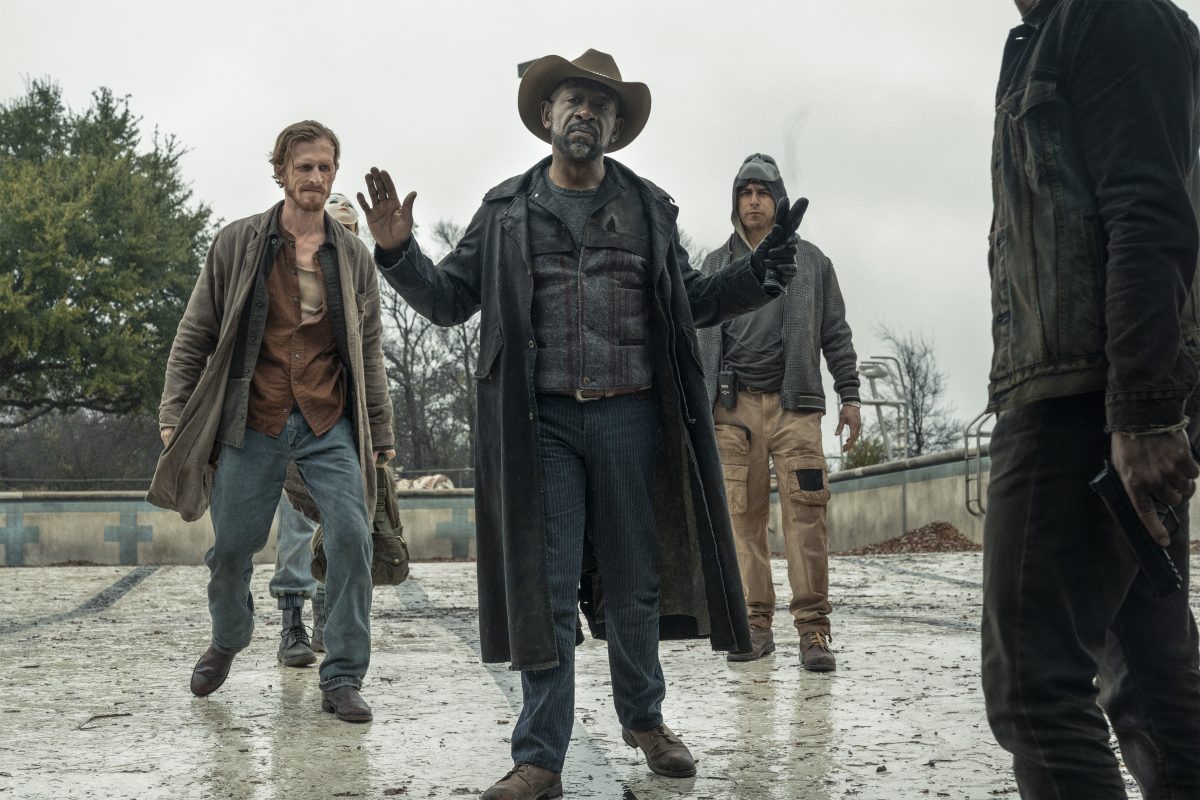 Things with Virginia are finally coming to a head as Sherry and Dwight team up with some strange allies to take her down! But they weren’t the only ones gearing up for a major fight! Also, we kind of felt like we were in the world of The Purge with those masks and the way the people under them were asking. We will also admit that we may have started a time or two when they seemed to appear out of nowhere. So keep reading for our Fear the Walking Dead 6×05 review!

Rollie was back, which was exciting! And he chose the perfect moment to show up since we weren’t sure if we could trust the outcasts or not. But they kind of reminded us of a group of bandits as they began working on their plan to take Virginia and her followers out. As far as reunions go, things were looking pretty good for us. Not only did we get to see Sherry and Dwight working together, but we got to see Al joining the mix along with Rollie. 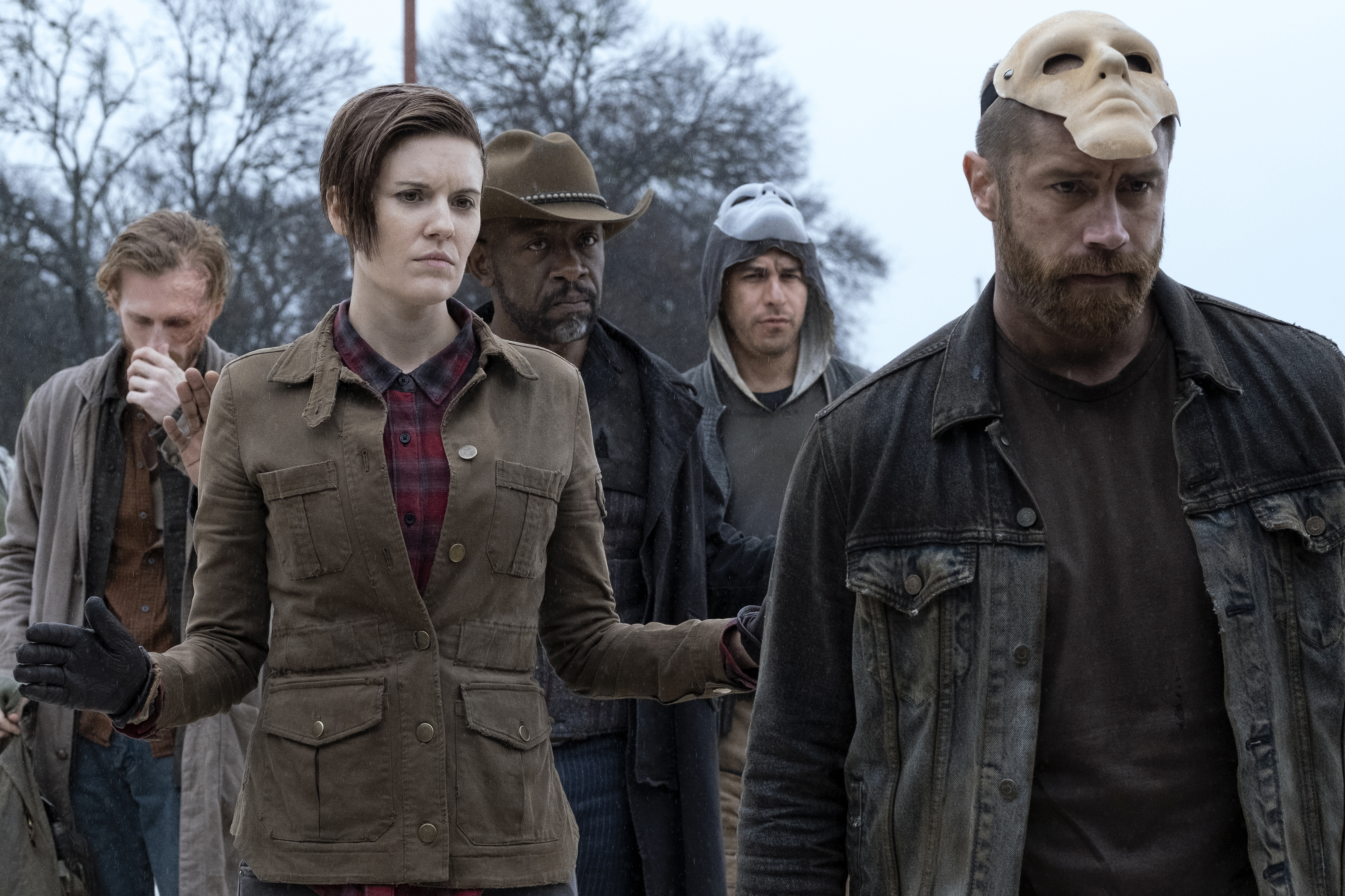 But more than that, we also got to see Morgan make his reappearance and join in on the fun! And, of course, he did it in a completely badass way. That’s our Morgan! Our group was shaping up just fine. And getting us even more amped up about the battle we know is coming. The battle that actually almost came when the group tried to get Ginny to come to them. In the meantime, the issues that Morgan and Dwight had with each other are a thing of the past. We’re kind of glad they got forced together and used the time to work out their issues. It was also nice to see Morgan and Dwight acknowledging how far they’ve come and how much they’ve changed.

Well, Dwight seems to be doing well since he almost died of the plague. Especially since he’s finally been reunited with Sherry. It feels like we’ve been waiting a lifetime for these two to see each other again. They’ve certainly both been through the wringer and dealt with plenty of crazy circumstances. But seeing the two of them express their love for one another was so beautiful that it almost made up for the long absence. Almost. Because it definitely would have been lovelier to have watched these two together all this time. So, naturally, the presence of Ginny had to interrupt the beauty of their reunion. We are beyond ready to see her get taken down.

There have been a lot of villains throughout The Walking Dead world over the years, but Ginny is pretty high up there on our list of ones we hate. Please, for the love of everything, someone deal with her sooner rather than later. Also, Jesus! For a moment we thought we were going to have to deal with Sherry and Dwight being separated again. And we’ll admit that we were a bit surprised that Sherry revealed she had teamed up with Ginny’s outcasts. But we’re certainly loving the idea. Now we just need Dwight to get to the bottom of what has happened to Sherry. Because we refuse to watch these two be separated again, dammit!

The Battle is Coming

Things have been built up so beautifully. We are sitting in complete anticipation for the ultimate showdown with Virginia. It’s been a while since we’ve been this amped up for a battle and Fear the Walking Dead 6×05 has us on the edge of our seats. Because it’s not just about bringing Ginny down. It’s about getting their people out and making sure they’re protected and those that are able can join in on the fight. While there are a lot of unknowns and variables to the situation, there is one thing we do know. This is an all-out war with Virginia and those that choose to follow her and it’s going to be huge, intense and we hope it will be satisfying! 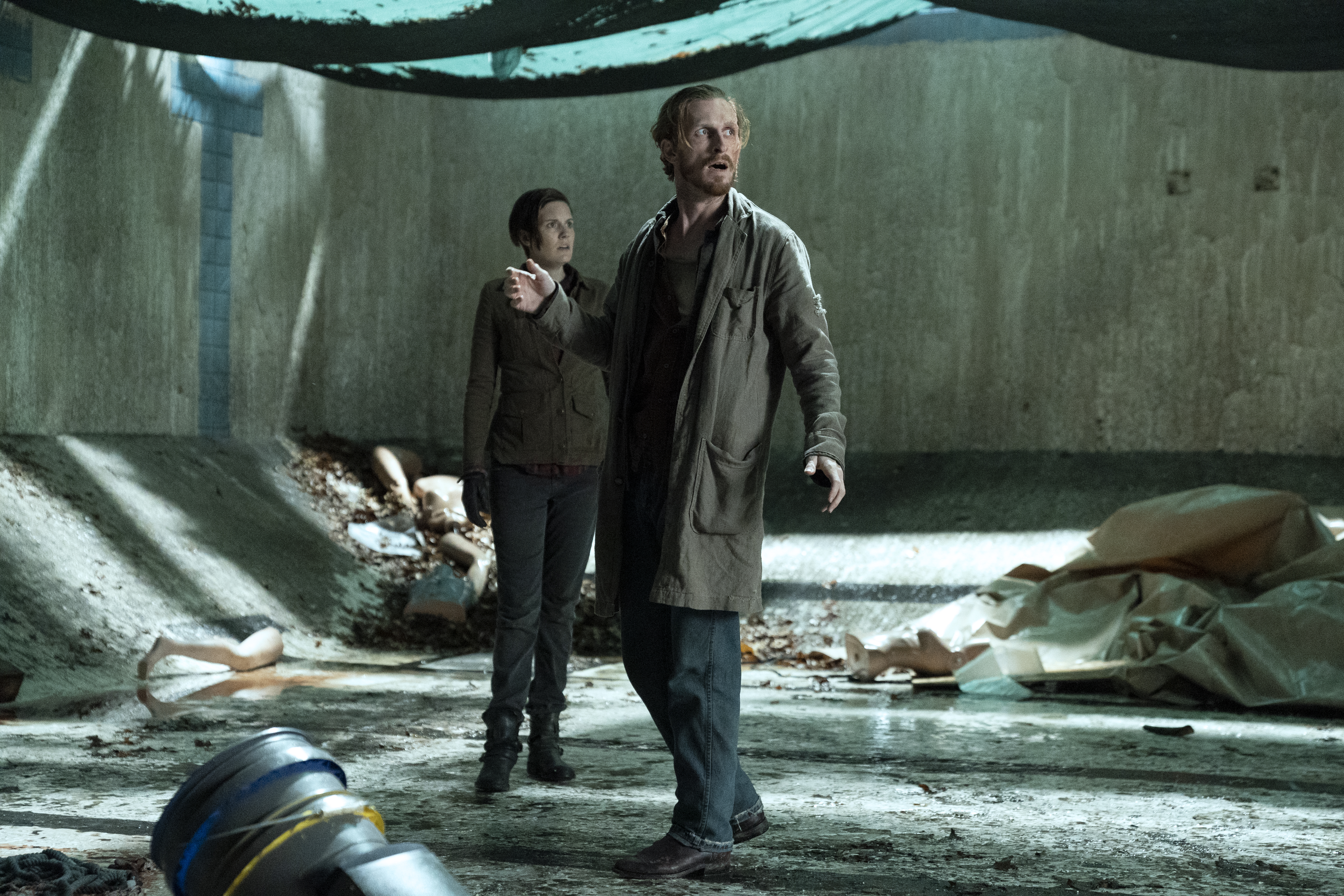 What did you think of Fear the Walking Dead 6×05? Do you think the outcasts will be able to take Ginny down? And what about the outcasts? They’re certainly ones to make their own rules and don’t seem to care who they take out on their way to get Ginny. Do you think they can be trusted? Are you as excited about seeing the final showdown with Ginny that’s coming as we are? We need them to bring the fight to Ginny and thankfully that seems like what they have in mind. Find and follow us on Twitter @capeandcastle to tell us all of your FTWD thoughts! Be sure to also check out our site for more articles on all things Disney and beyond!