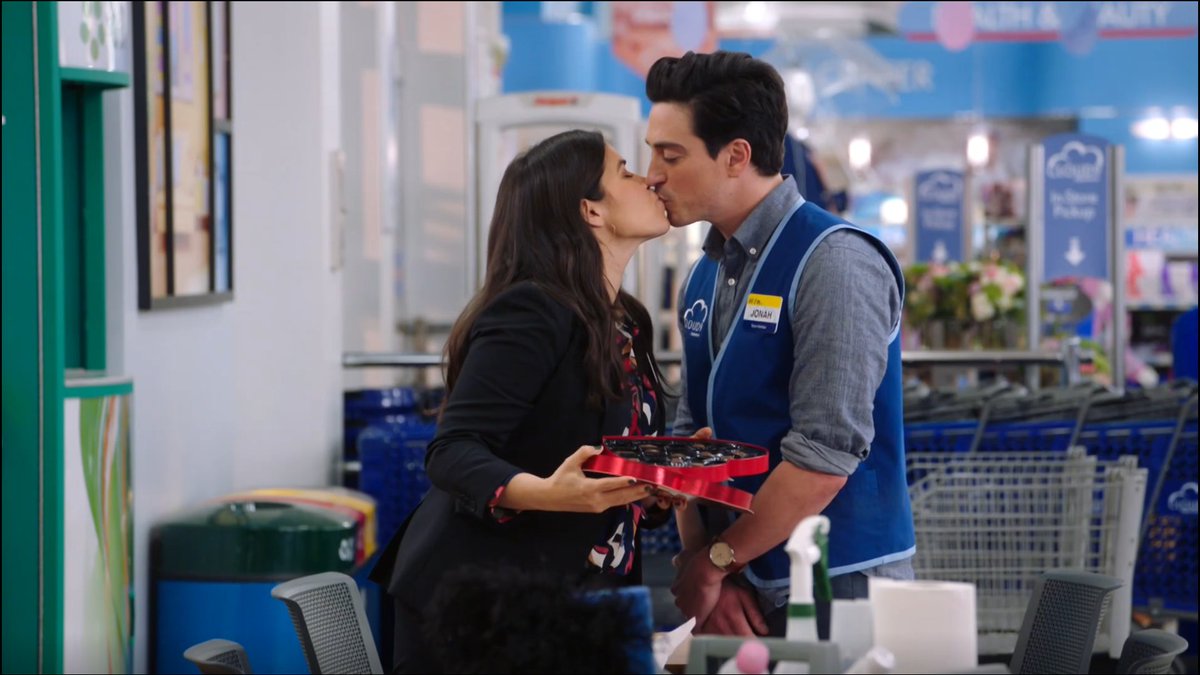 We know America Ferrera has just left Superstore. Yes, it still hurts us too. But we will never stop loving Simmosa. Even if they aren’t together anymore. We will always look back on the relationship between Amy and Jonah with fondness. So let’s shine the ship spotlight on Simmosa and discuss why we love them so much. And why we always will.

From the Moment They Met

As we heard Garrett tell Amy in episode 6×02 of Superstore, Jonah was pretty much in love with Amy from the moment they met. The chemistry between them was certainly instantaneous. And we don’t know about all of you, but Simmosa was born in our heads from that moment and we shipped Amy and Jonah so freaking hard. But when we found out that Amy was married, we thought maybe we had been way off base. We didn’t really want to see something happen between them while she was married. Especially since she has a kid. Then another. But we would be lying if we said there wasn’t a small part of us that wanted to act like we didn’t care that Amy was married. The chemistry between her and Jonah was just too much to handle, okay? Don’t judge us. Adam sucked and you know it. 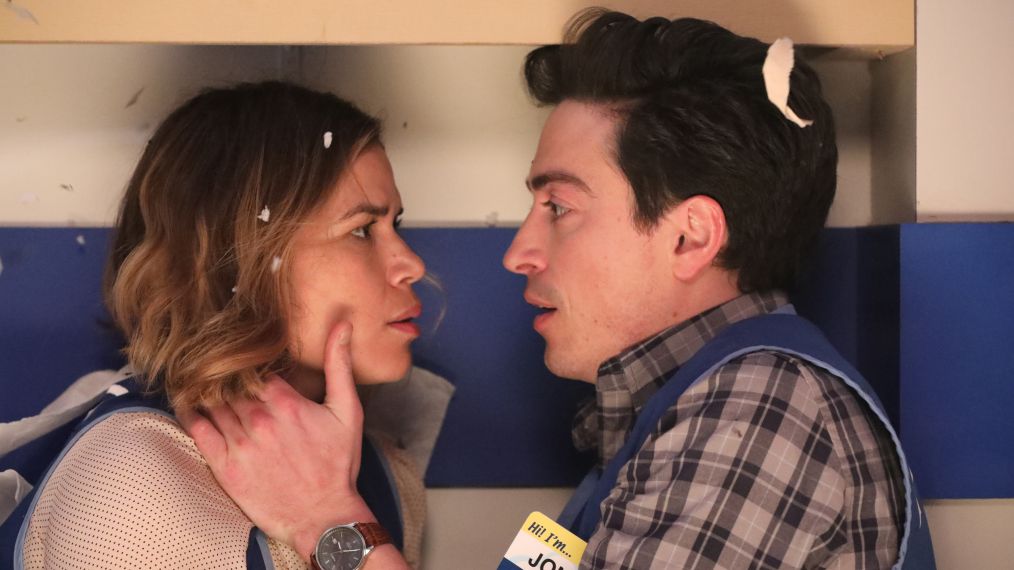 The pull between Amy and Jonah was a strong one. And her relationship with her husband was kind of the worst. The dude was never going to grow up and every single time we saw him, he came off as the villain. He was constantly doing things for himself and never put Amy first. Every time Amy tried to improve the relationship or fix things between her and Adam, it felt forced. Part of us figured she was doing it to convince herself she didn’t have feelings for Jonah. But we know she was just as attracted to him from the moment they met she was to her. And we will say it again. Adam freaking sucked. Amy was the one that busted her ass to support their family and she continued to let Adam chase his dream of the week all the time.

Then They Finally Got Together

Amy and Jonah didn’t start off as enemies, but their beginning was extremely realistic in how you would meet a new coworker. Watching them size each other up and figure out the basics of who the other person was had us falling for them before we knew it. But when they began flirting at work, we watched as Jonah tried to keep his distance to do the right thing and Amy did her best to act like she didn’t think of Jonah at all. But we had a feeling that the two of them would find their way to each other. So we watched (kind of) patiently as they pulled pranks on each other, took kayaking (through the store) adventures together, and sometimes wrecked the warehouse.

There were so many times when Amy was married to Adam that we forgot about him. Then he would show up and it would just feel so awkward. We really never liked him and we can’t express how happy we were when he went away. Because Amy and Jonah had such a beautiful relationship once he was out of the way. The amount of support that they showed for one another was so amazing. And we loved the fact that they never stopped having fun together in their relationship. They still goofed around at work and got into trouble. But we got the added benefit of romance. And Jonah was nothing if not a hopeless romantic. His gestures to show Amy how much he loved and cared for her were nothing short of breathtaking. And we are certainly going to miss seeing those.

When news broke that America Ferrera was leaving Superstore, we had a feeling that would mean the end of Amy and Jonah. And while the way things left off, we will rewatch their journey over and over again. Because they certainly had an amazing one. We hope that we’ll get to see America Ferrera back as Amy in future episodes. But even if we don’t, we will never forget her as Amy. And we do have to admit that we are kind of glad that Jonah didn’t leave. We don’t know how we would have accepted the loss of both parts of Simmosa. And we certainly don’t want to see him in a relationship any time soon, but we are excited to see what the future may hold for Jonah. 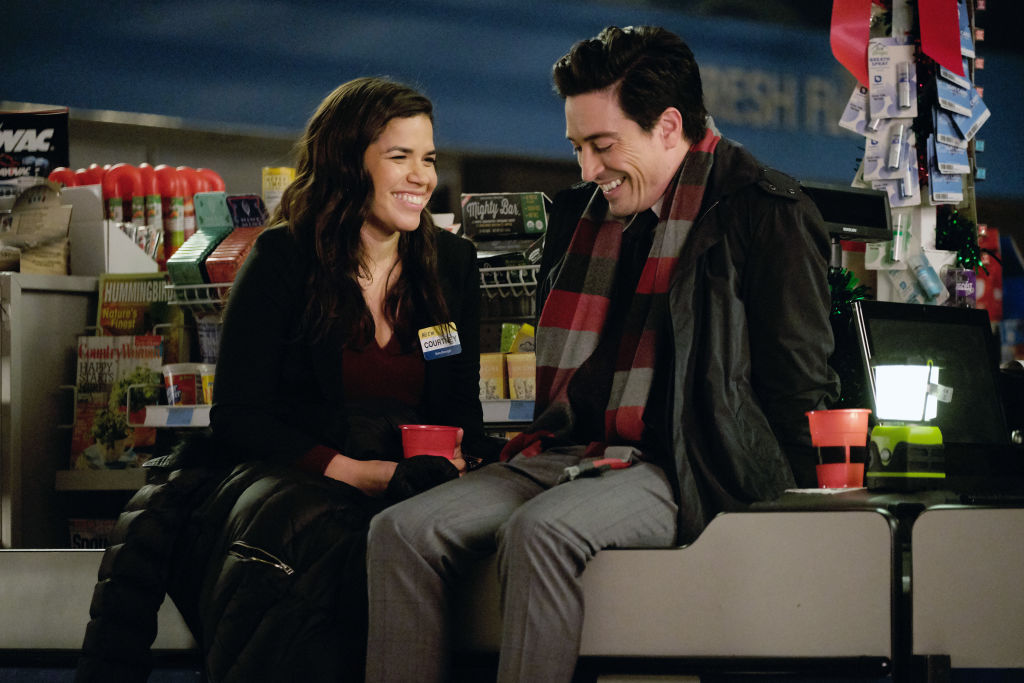 What did you think about the Simmosa relationship? How do you feel about their breakup? What about America Ferrara leaving the show? Are you glad that Jonah didn’t leave with her? Do you think America Ferrara will be back in some episodes as a guest star? What about Jonah? Do you think the show will have him move on at some point and start a relationship with someone else? Or would you rather he stay single? Find and follow us on Twitter @capeandcastle to let us know all your thoughts on everything Simmosa and Superstore! Be sure to also check out our site for more articles on all things Disney and beyond!