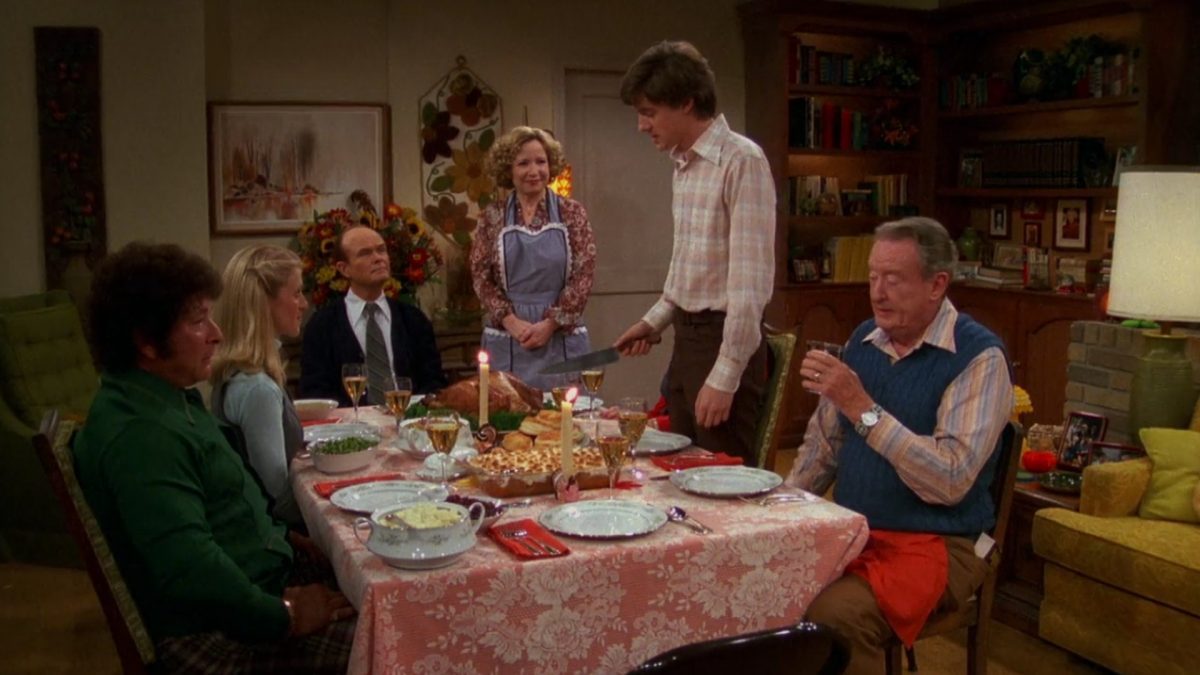 That ’70s Show really treated us to some holiday episodes. So you know we’re going to talk about the three Thanksgiving-themed episodes! There were three within the series, and they were all very different. From season one to season five, to season seven, a lot of things changed. Which made for some very different Thanksgiving celebrations! But they were all incredible and 30 Days of Thanks 2020 is all about Thanksgiving episodes from our favorite shows! So let’s talk That ’70s Show!

The first season of That ’70s Show is probably our favorite if we’re being honest. There was just something about all the relationships and how they were in the beginning. Not that we didn’t enjoy later seasons. We just really love the first ones. Especially when it came to the first Thanksgiving episode. Laurie was always a troublemaker on her own, but things escalated when she brought her friend Kate home for Thanksgiving. When Kate came on to Eric, things go from bad to worse. But luckily, Eric’s honesty with Donna goes a long way in the end. Of course, it wouldn’t have been necessary if Eric had literally any self-control, but we digress. 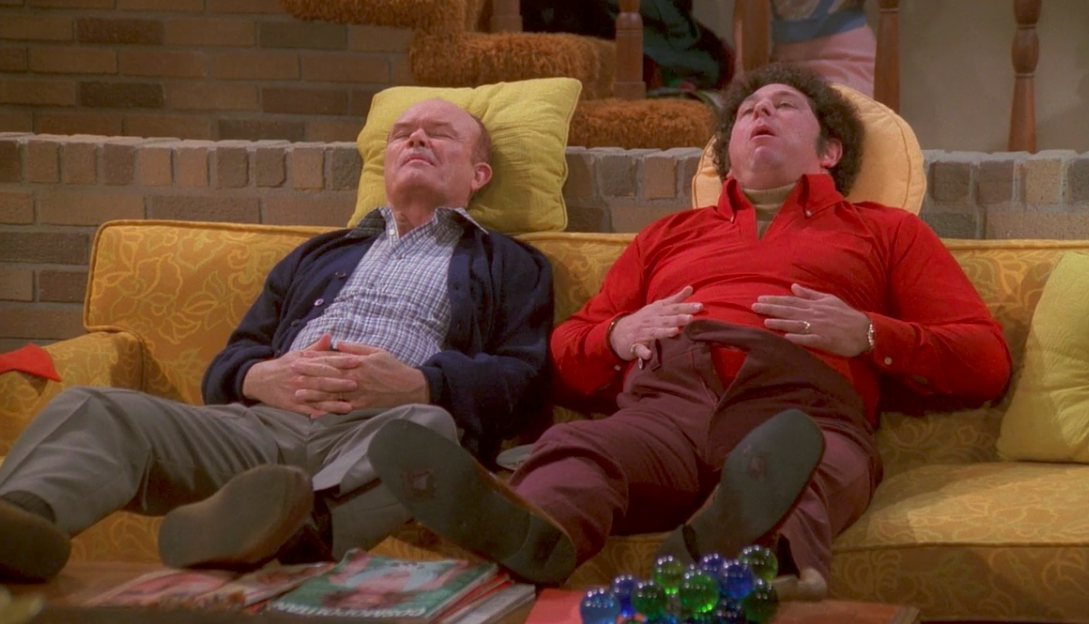 Meanwhile, Red’s mom kept calling the Forman household to ensure they didn’t forget to pick her up from the airport. So naturally, they forgot to pick her up from the airport. Which was fine since she’s nothing if not resilient and she decided to have dinner elsewhere. With a different family. Then we had Bob doing his best to be a good friend and offering Red a job at his store. But Red, in his typical angry fashion declines and says he won’t take a job out of pity. Oh, Red. You and your pride. In the end, he accepts the offer and we found ourselves pretty proud of him, even if his reason was so he could buy a TV for Laurie.

By the time we hit season five, there had been a ton of changes in the show. The only thing that hadn’t drastically changed was the relationship between Eric and Donna. Except that they were finally engaged. But Eric as spending his holiday trying to find a way to tell his parents. While also trying to prevent Red from finding out about his failing math grade. Something that would have been much easier if Kelso didn’t bring Eric’s math teacher to Thanksgiving dinner as his date. And for some added fun, Laurie made another return for the holiday after being away for quite some time. Yep. Just another Thanksgiving at the Forman household!

Even more changes had appeared by season seven and we got a Thanksgiving much different than the others. Eric had other plans besides having dinner with his family. He would much rather be ready to get tickets to a Styx concert. Something we certainly couldn’t blame him for. Then we had Hyde and his sister Angie doing their best to open their record store. So, of course, everything that could go wrong did go wrong. We missed Laurie in this Thanksgiving episode. Things just didn’t seem the same without her. But it was still a great episode and had us laughing quite a few times throughout.

The first Thanksgiving episode gave us the treat of Marion Ross as Red’s mom. Well, kind of. Every episode she was in was sure to be fun. Especially her interactions with Kitty! We also got Jenny Maguire as Laurie’s friend Kate, which absolutely made for an interesting Forman Thanksgiving dinner. The next Turkey Day episode gave us Kitty’s parents, played by Betty White and Tom Poston. These two were the perfect pair to play Kitty’s parents and we loved that they came for Thanksgiving! We also got Andrea Bendewald to play Ms. McGee, the math teacher Kelso decided to bring as his date. And if you don’t remember, yes it was just as funny as it sounds. 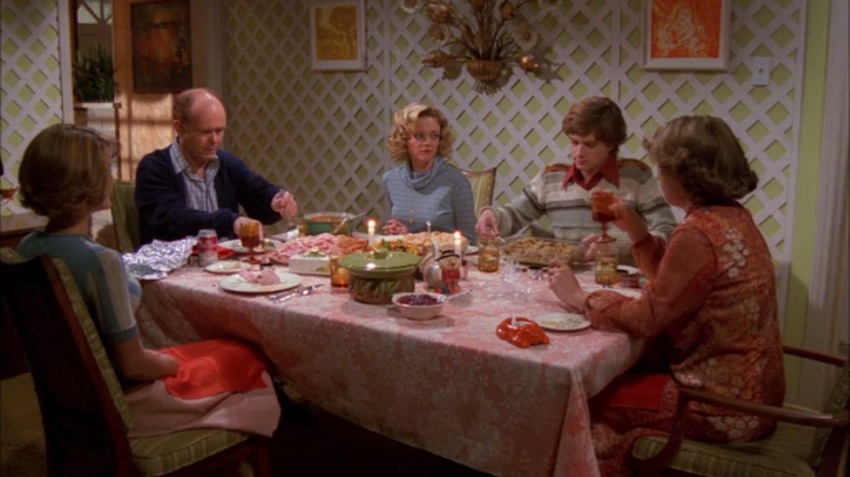 Are you a fan of That ’70s Show? Did this take you back to when you watched the Thanksgiving-themed episodes for the first time? Which one was your favorite? If we had to pick one we would probably go with the first Thanksgiving episode. But maybe that’s just because we loved the dynamics of the first season. Find and follow us on Twitter @capeandcastle to share all of your That ’70s Show and Thanksgiving thoughts with us! Be sure to also check out our site for more articles on all things Disney and beyond!